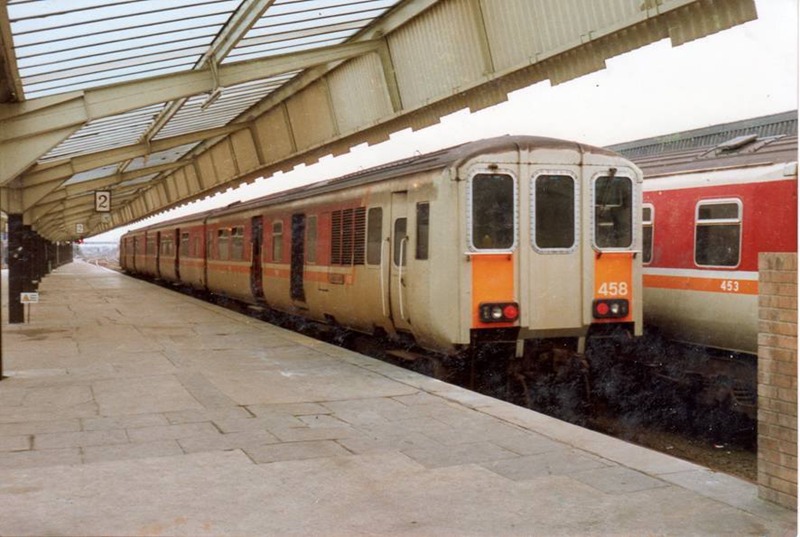 458 'Antrim Castle' at Belfast York Road terminus in 1991 about a year before the station closed for good. Since the Belfast Central Railway had reopened in 1976 linking the GNR and Belfast and County Down lines into the city, and L'Derry line trains had been diverted to Central two years later, the line from Larne was the only one to use York Road, isolated from the rest of the city. The Troubles had seen the city centre retreat to within the 'ring of steel', leaving York Road over a mile from the shopping area and on the edge of one of the worst sectarian flashpoints in the city. The once fine station had been wrecked on 'Bloody Friday' (21st July 1972) by an IRA bomb, and had never been properly fixed. What had been Northern Ireland's largest station, and one of the first locations anywhere to be fully colour light signalled, was a sorry state by the time it shut 20 years later.

The first phase of the cross harbour link opened in 1992 when the adjacent Yorkgate station replaced York Road as the temporary Larne line terminus. The site of the station was redeveloped as the main NIR running depot, replacing the facility that had been built on the site of the BCDR Queen's Quay station in 1976, which disappeared under the new M3 motorway as part of the same scheme to link up Belfast's railways.

Image and text by William Ellis