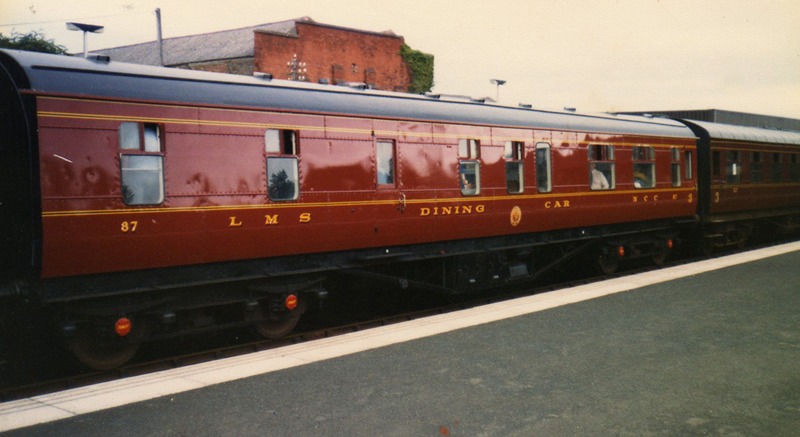 No 87 was built by the UTA in the Dunmurry workshops and was transported by road to York Road on 5th March 1950. In ran on the Derry/Belfast Expresses.

In 1957 it was converted and renumbered to 550 to run on the MPD expresses which entered service on 3rd February 1958. It completed its company service with NIR working on 70 Class DEMU sets. (stopped 1973).

Despite its UTA origin the RPSI painted it in LMS(NCC) livery.

Image and Texy by Bex Reddy