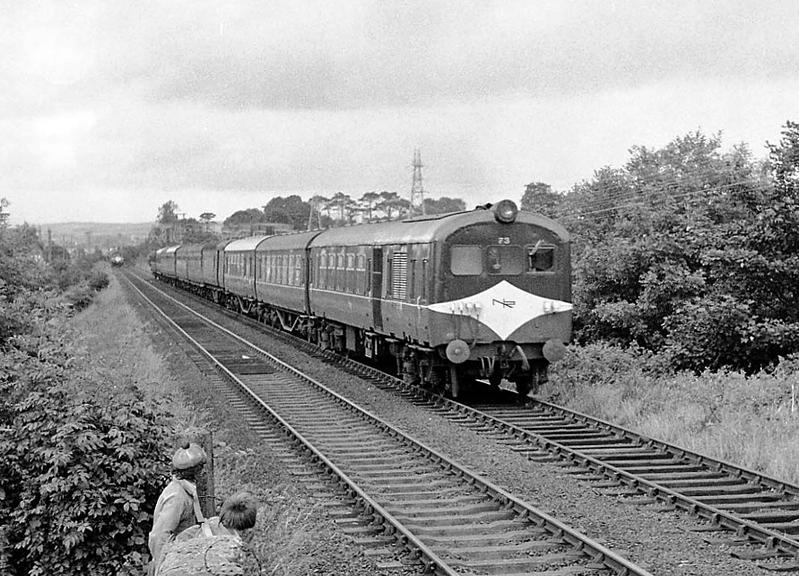 A three-car set of (the now scrapped) 70-class railcars awaits departure from York Road station (replaced by Yorkgate) with the 12.10 to Larne Harbour. Based on the British Rail “Hastings” DEMU trains, they were the last passenger stock built in Belfast.

​Image and words by Albert Bridge 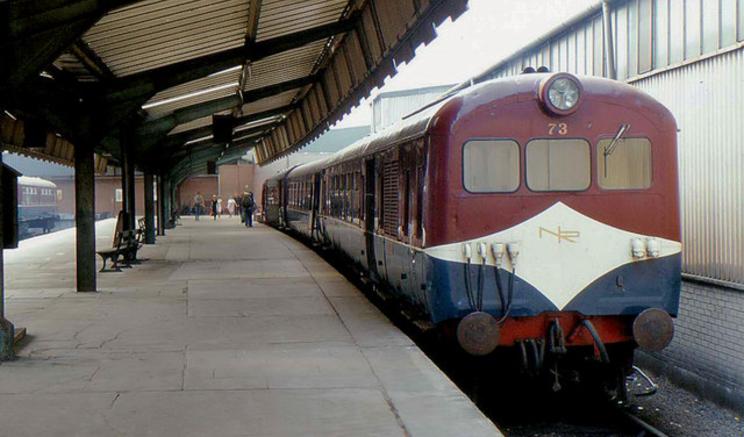 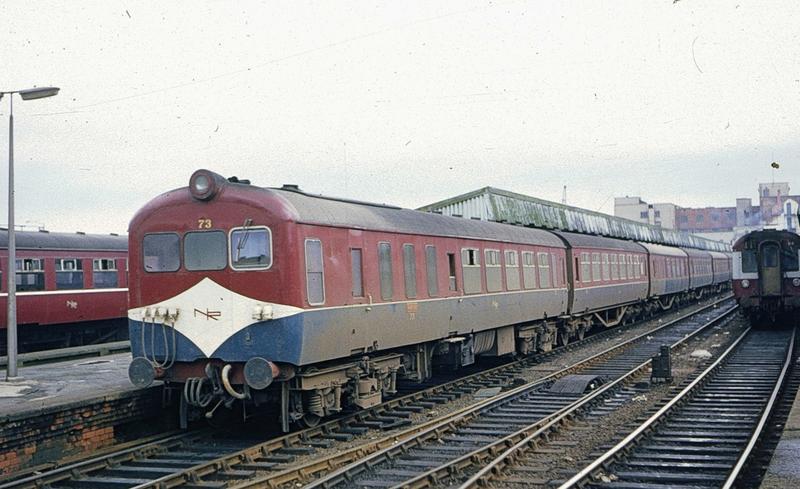 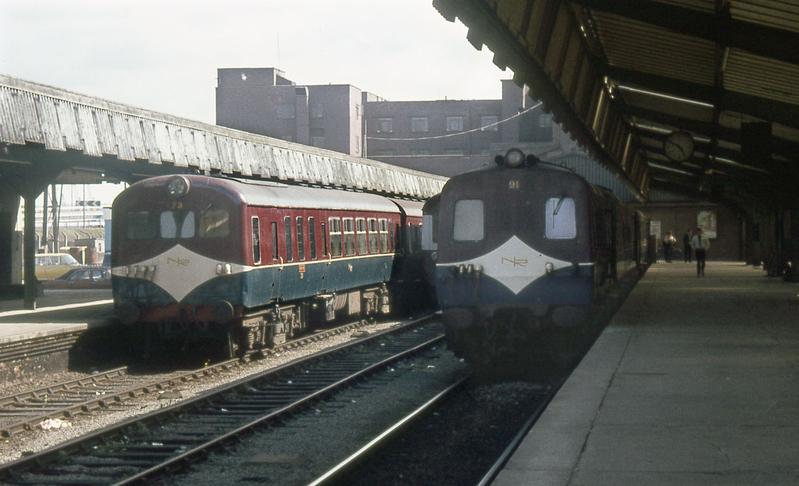 Image from the Turf Burner