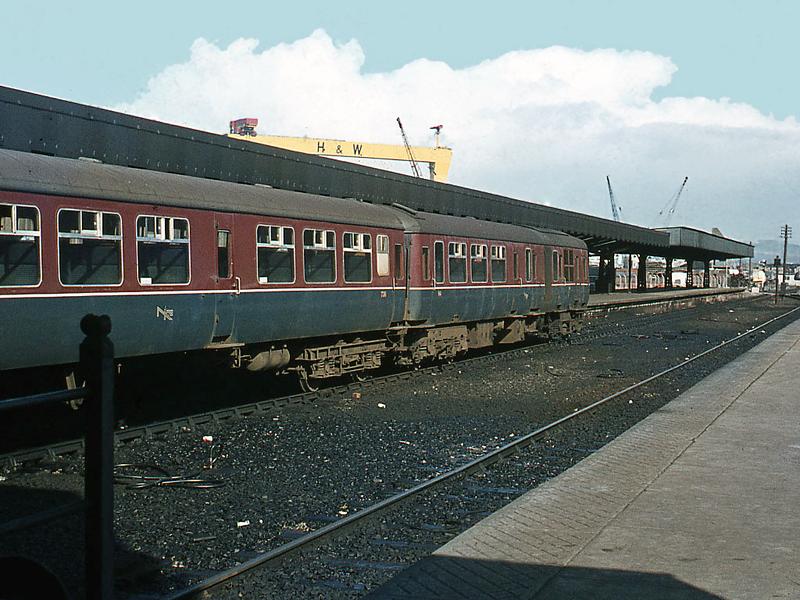 ​NIR's BREL built 80-class set 736 & 84 at Platform 3, Queen's Quay station, looking towards Bangor. In the early months of 1976, NIR moved at least two 80-class sets to the Bangor line - one set is believed to have moved by road while the other may have used a temporary cross-over at Ballymacarrett Junction. This gave Bangor line commuters at taste of modern DEMUs although, as the 80-class did not have MED style air operated sliding doors, the passengers suffered some initial confusion. All locations are approximate as this site is now under the M3 motorway/cross-harbour link.

Image and words by The Turf Burner