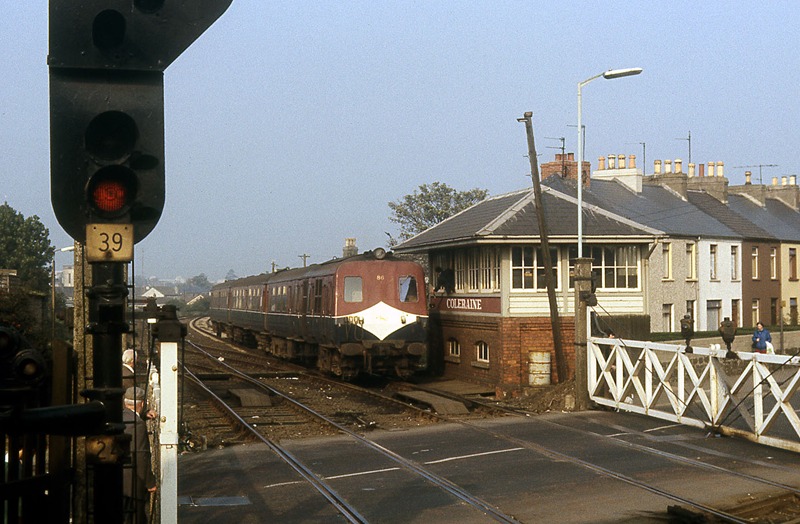 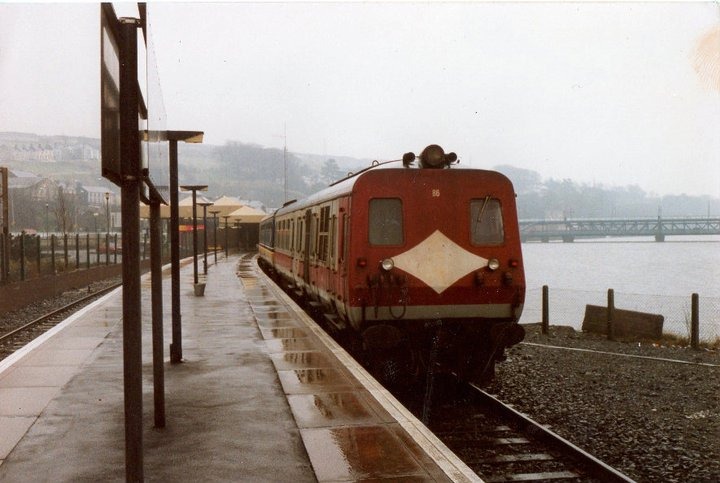 The 14:40 had been formed of this 5-car set led by power car no 86 (still in the attractive 1980s red and grey livery) between Derry and Coleraine that day. Seen here at Londonderry Waterside prior to departure.

Image and text by William Ellis

​Image by The Turf Burner 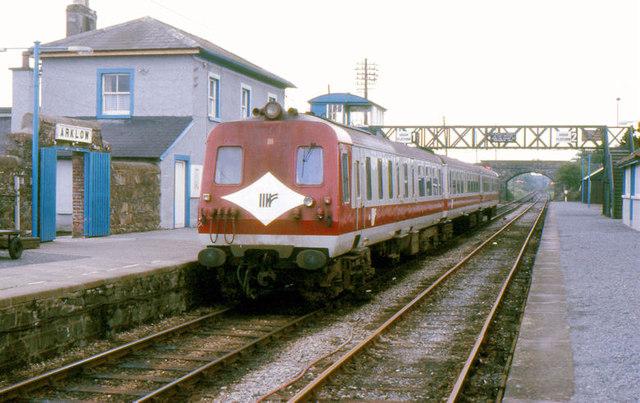