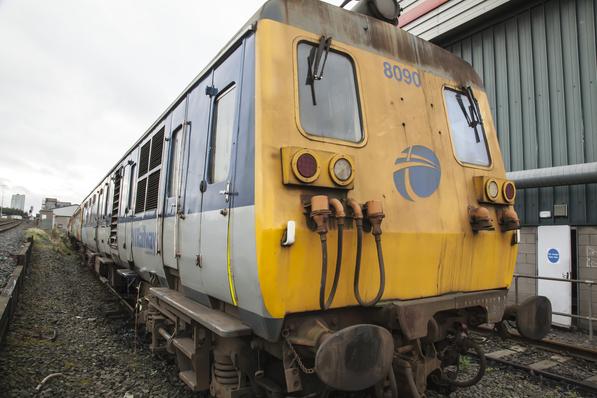 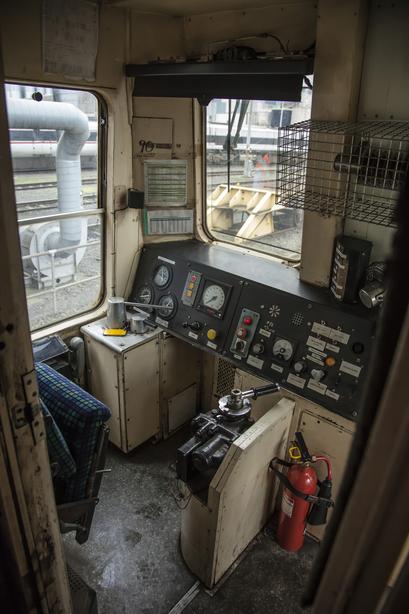 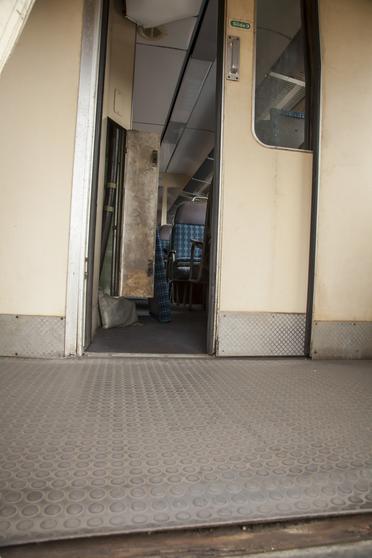 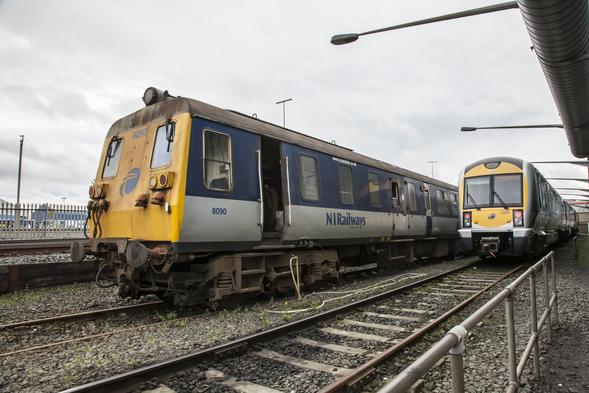 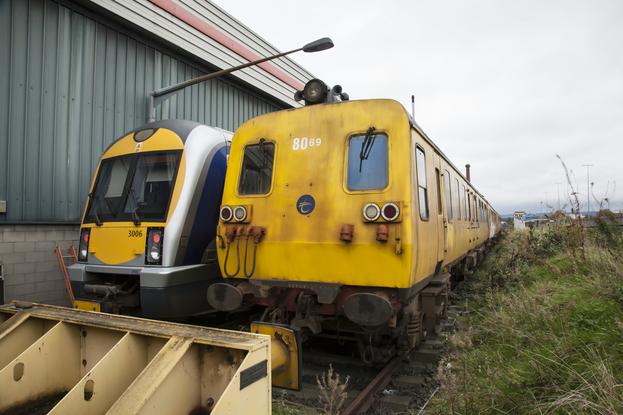 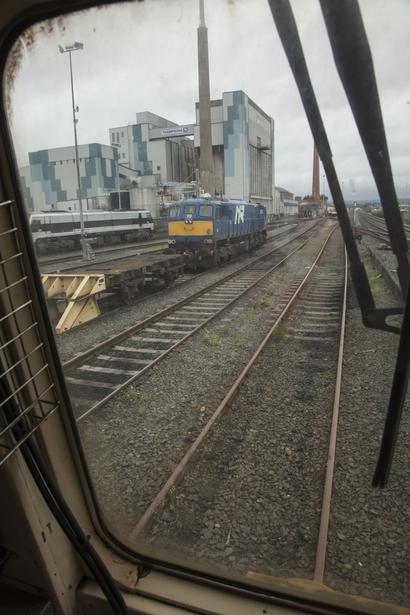 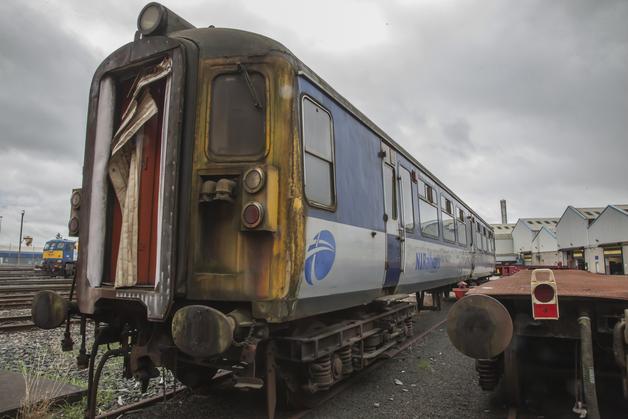 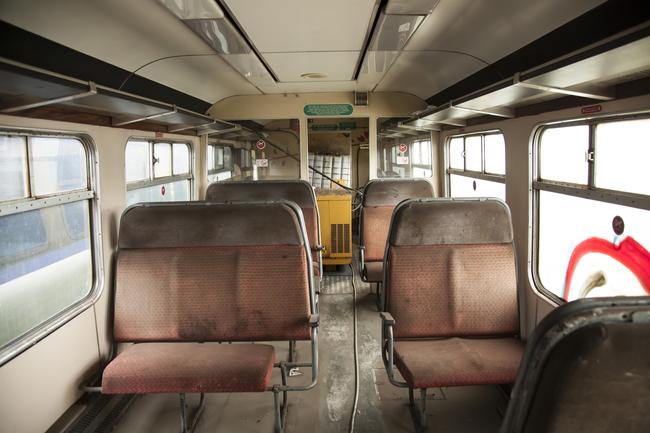 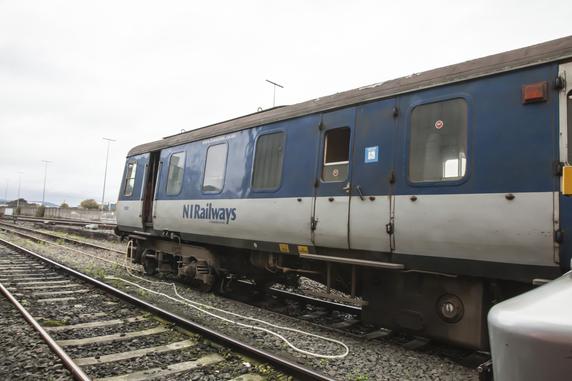 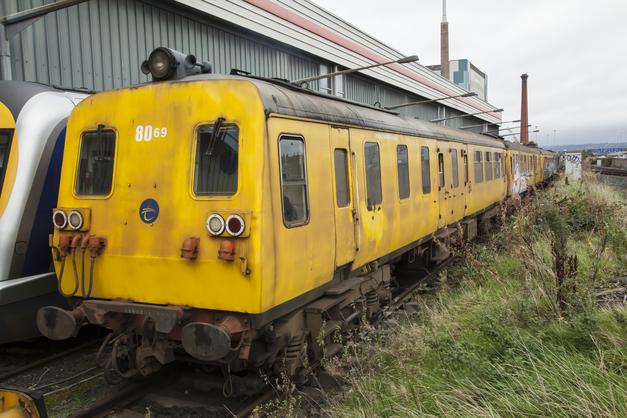 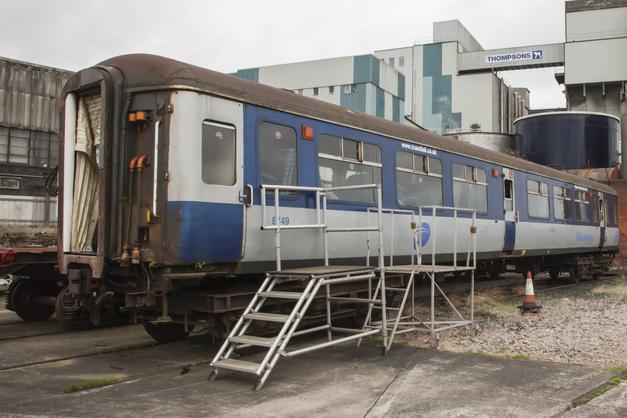 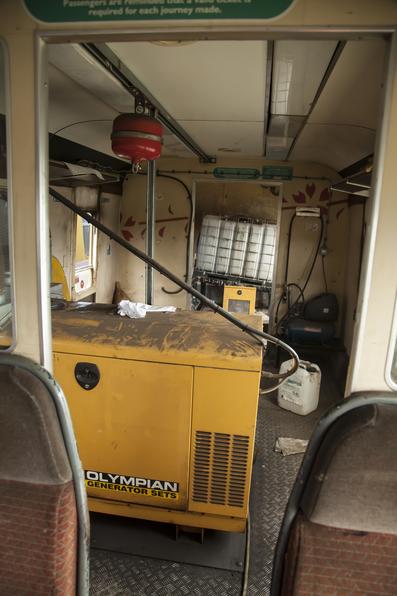 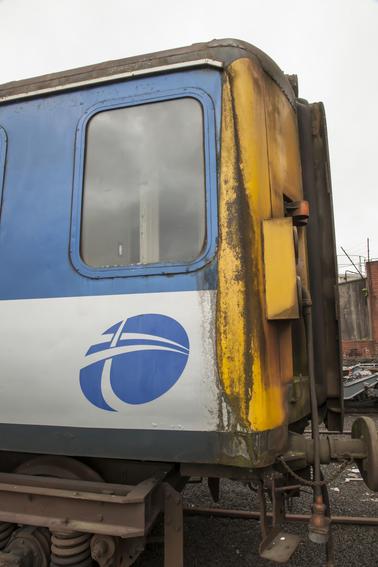 The last vehicle in the unit is driving trailer 752 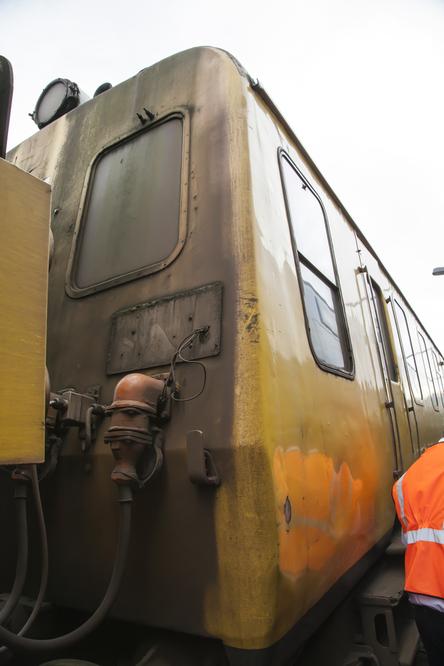 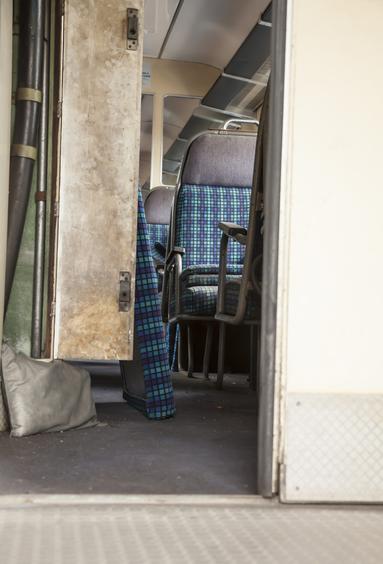 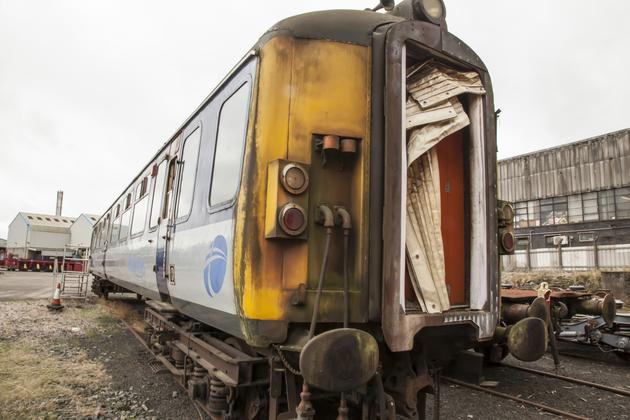 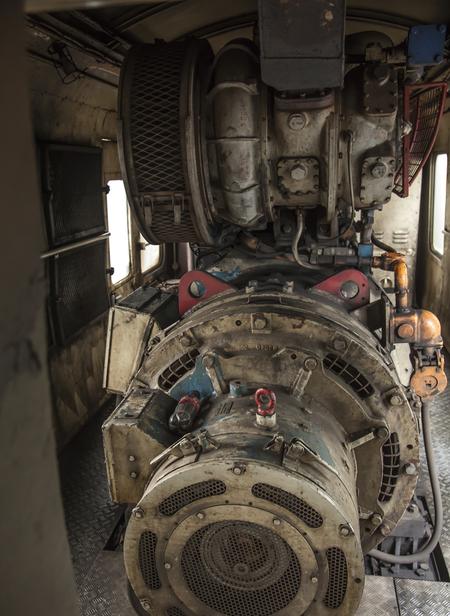 This is the vehicle what does all the work in the unit, former Power car 97

​It originally done its sandite work under its own power but had catastrophic engine failure back in 2009 and it was  decided to keep it as a trailer  rather than transplant the sandite equipment into another vehicle. 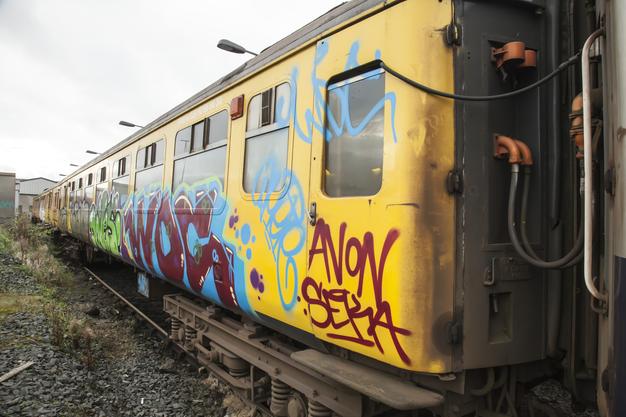 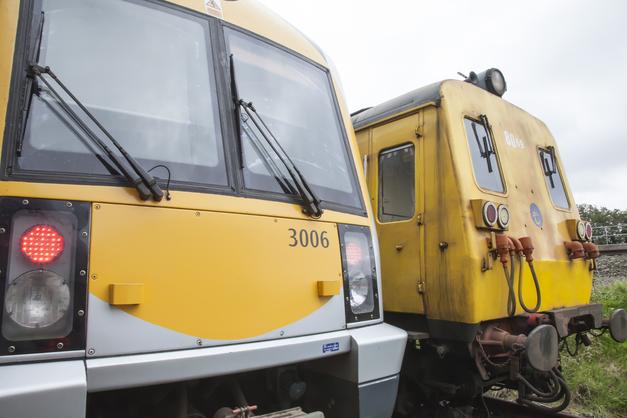 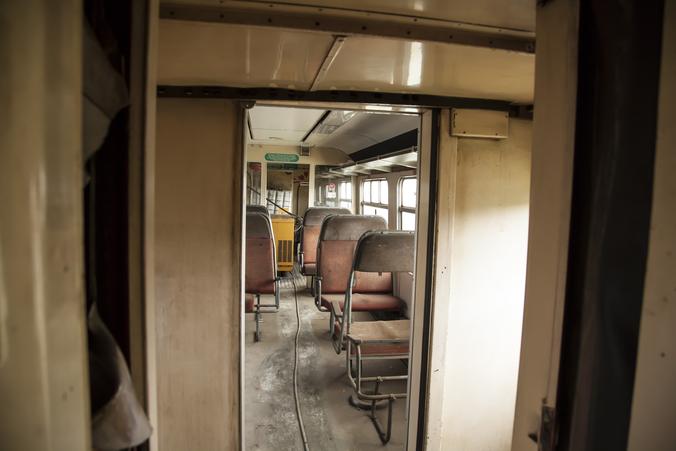 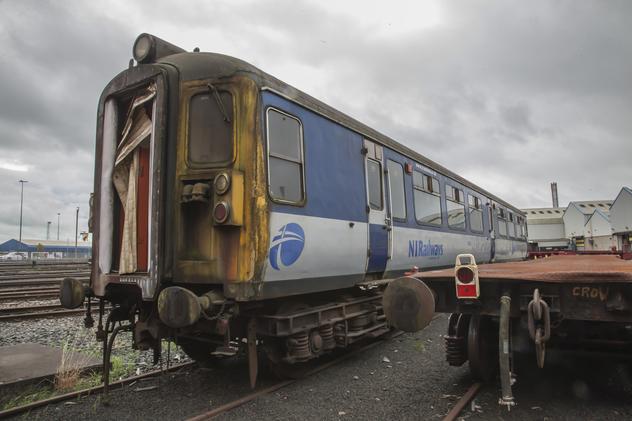 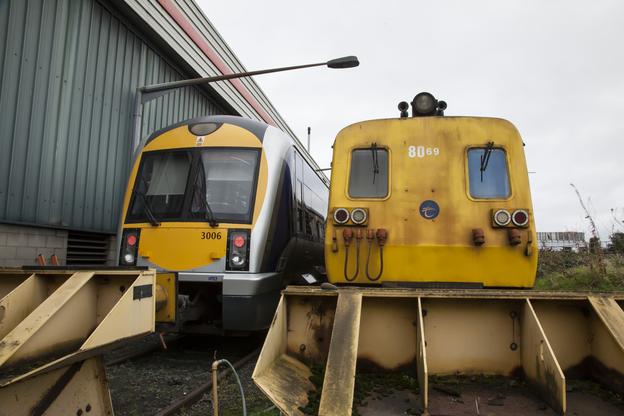 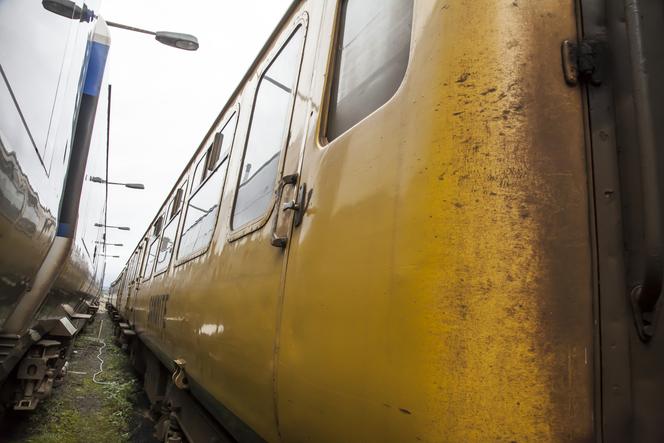 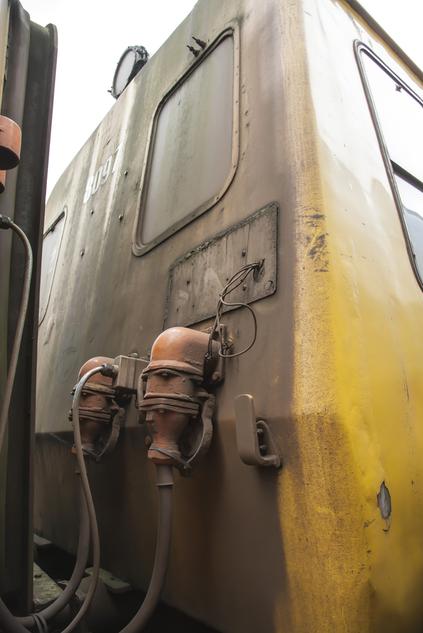 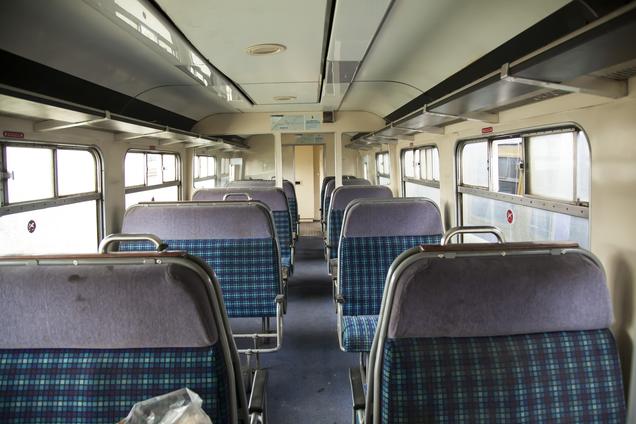 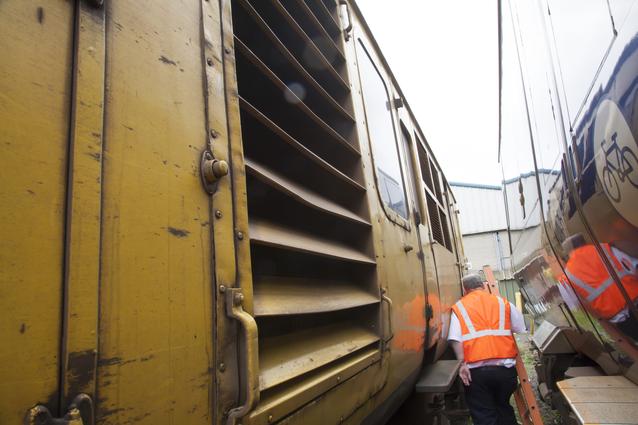 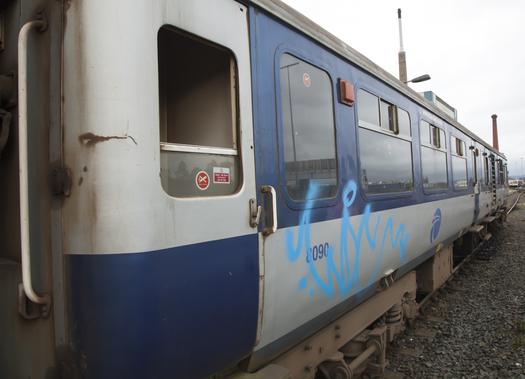 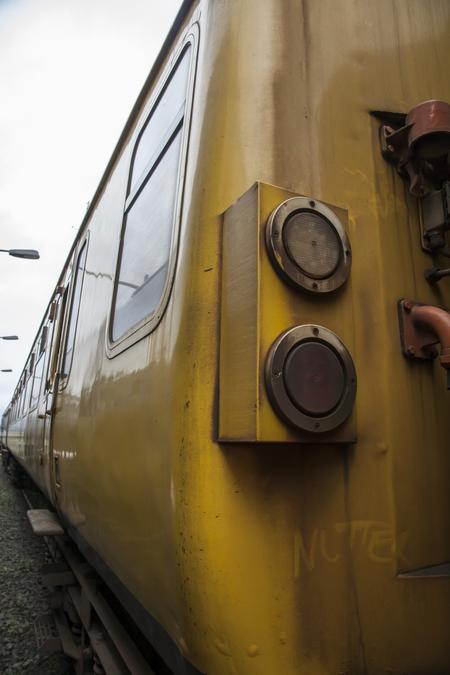 ​The original Power Car in the formation is the bright yellow number vehicle.

​When repainted it was mistakenly numbered 8096 so a quick fix was needed so you ended up with 8069.

On the 14th of October 2017 I finally managed to get to Belfast to see the last Thumper in service which had been demoted to non passenger departmental use.

It is now a Sandite Unit, whats Sandite I hear you all say. Well its a sticky sandy material which is applied to the track during the autumn leaf fall period and the thumper is whats used to apply it.

The unit is made up of 4 vehicles so I'll cover them vehicle by vehicle.

This is a recent addition to the formation, it replaced 94 in as it failed drastically so is the odd one out as it is still in the passenger livery​​