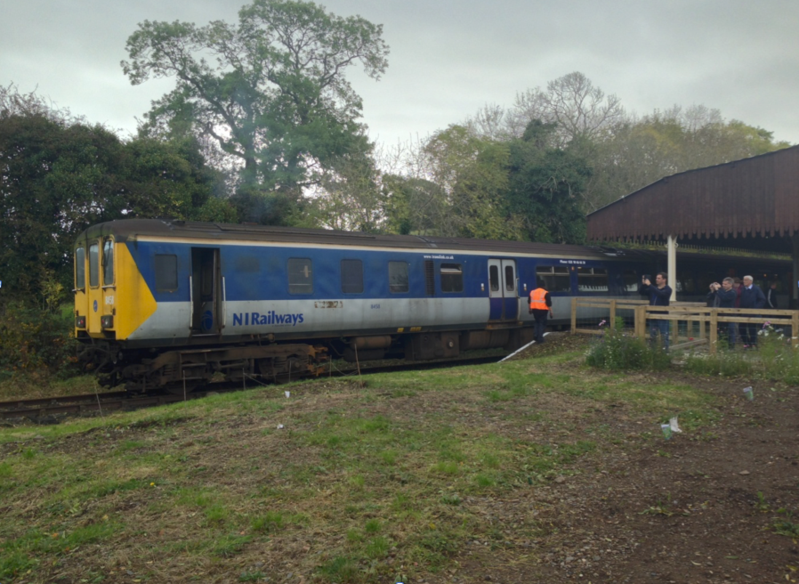 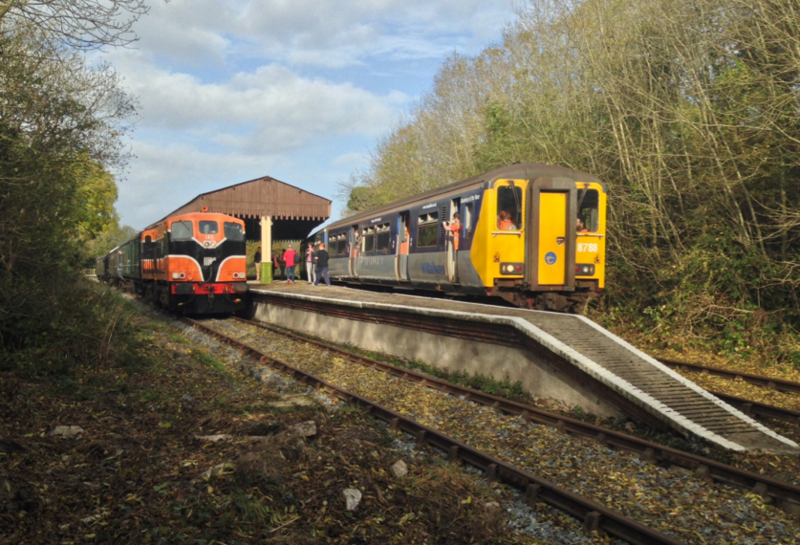 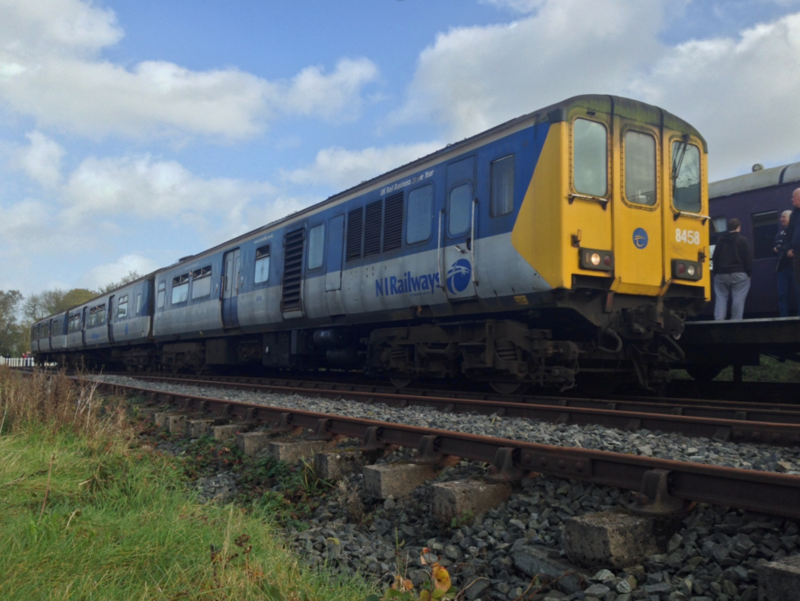 ​A couple of weeks after the Downpatrick & Co.Down railway took delivery of DEMU 458 the line had the unit running so it could take a starring role in the diesel gals in October 2014

Morgan Young sent us some photos of the gala and the units first moves in preservation a few days before.