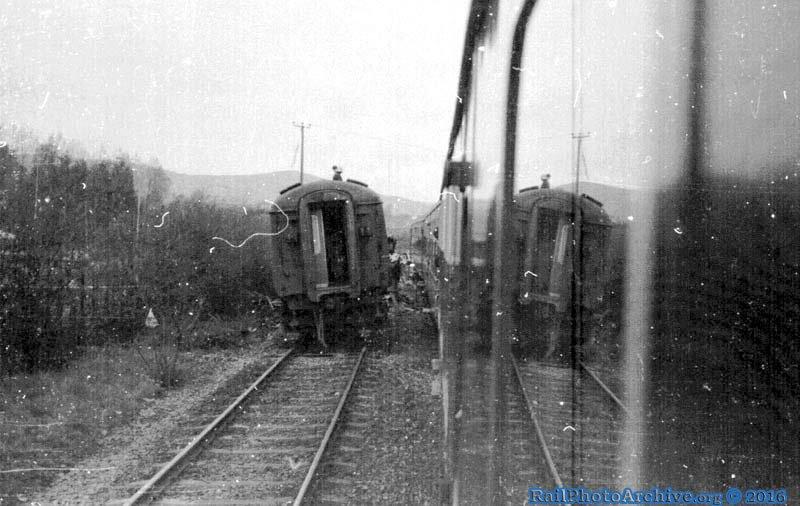 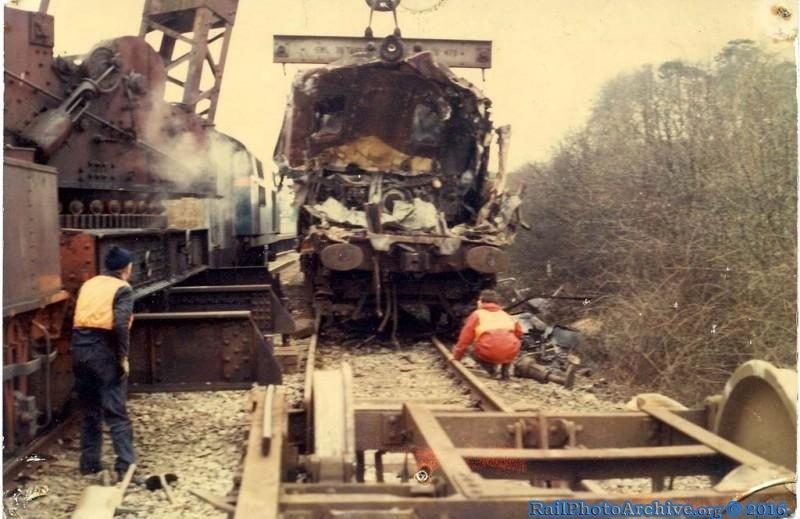 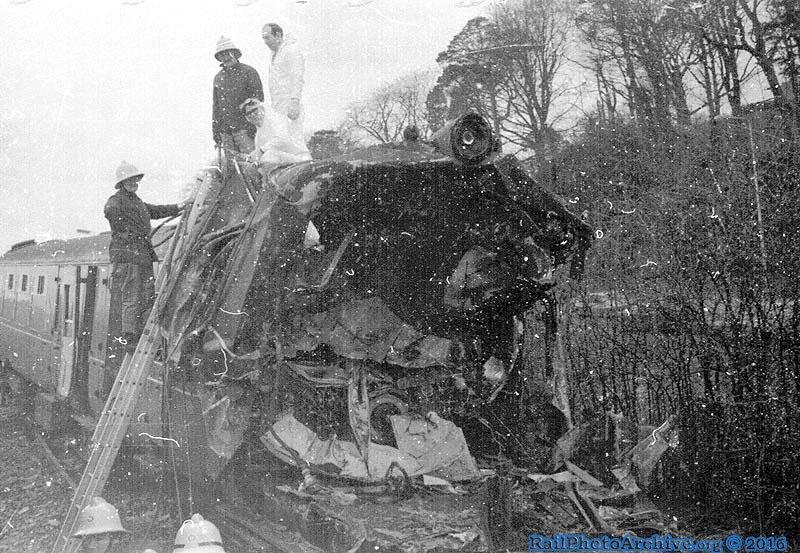 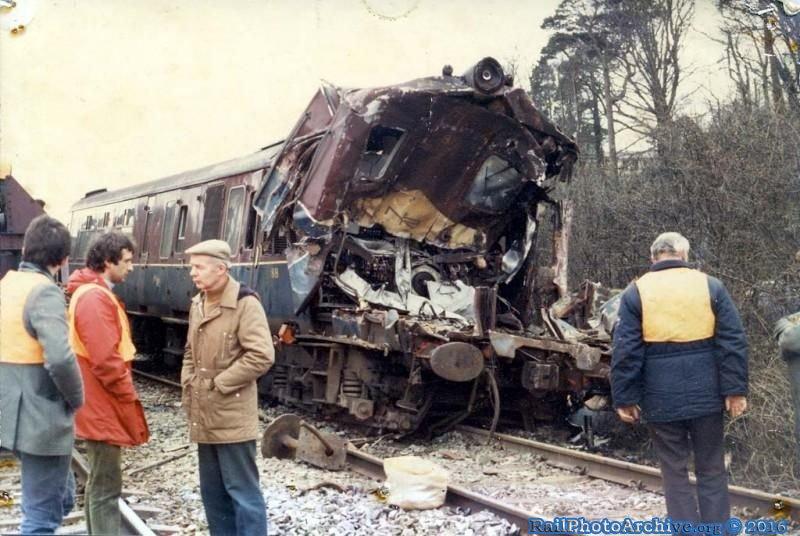 We stumbled upon this accident on the Rail Photo Archive site who has this collection of images of this fatal accident.

on that site they have a summarised account from the original investigation which is pasted below.

"At about 17.48 on Friday 25th March 1983 a two-car diesel-electric multiple-unit, which formed the 17.43 empty coaching stock train from Lisburn to Belfast, collided violently with the rear of a three-car diesel-electric multiple-unit which formed the 17.05 passenger train from Portadown to Bangor and which had stopped out of course, due to a mechanical fault, on the Belfast side of Hilden Station. The occupation of the track circuit through Hilden Station by the stationary train held the signal in rear, Signal L62 the Lisburn Down Advance Starter, at Danger. Because, after conferring with the signalman at Belfast, the signalman at Lisburn thought that the track circuit had failed instead of being occupied by a train he authorised the following Down train to pass the signal at Danger. By the rules, the driver of a train authorised to pass a signal at Danger is required to drive cautiously and at such a reduced speed that the train can be stopped with care and collision with any obstruction avoided. The crew of the failed passenger train were attending to the fault and before the conductor had carried out protection of his train the empty coaching stock train, travelling at such a speed that it was unable to stop within the limited sighting distance to the rear of the passenger train, collided violently with it.

The force of the collision moved the stationary train forward some 35 metres and derailed the trailing car whose rear bogie was detached in the process. The leading bogie of the empty train was also derailed. The rear 6m of the trailing car of the stationary train was destroyed as were the driving cab and body as far back as the engine compartment of the leading car of the empty train. I regret to report that the driver of the empty coaching stock train... was killed and two passengers on the other train received minor injuries."

A full copy of the report can be found Here 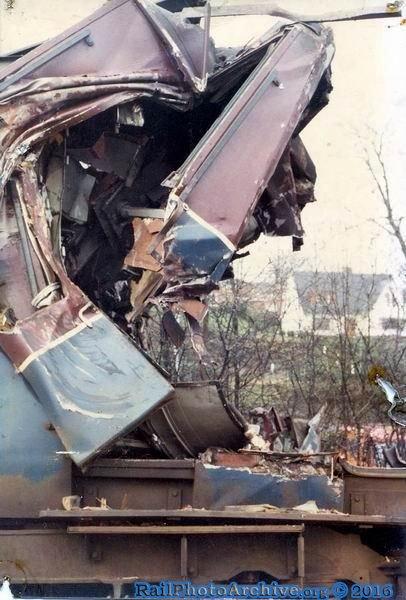 Many thanks to the Rail Photo Archive for the images