Inside the unit is very good but as it spent many years as a Sandite Unit its absolutely Filthy and will be having a deep clean. 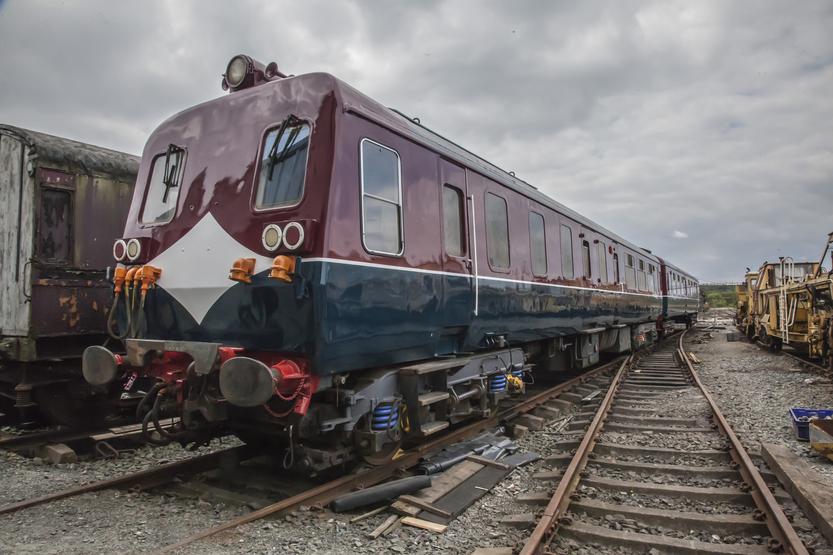 The other unit is formed of 90 & 752 which are still in the same condition they were when withdrawn.

This unit is a longer term restoration, as well as the same work the other unit needs this one also needs a full repaint.

Even though its low priority the engineering department AKA Norman has already fired it up and it was started the day of my visit.

90 is seen above being prepared for the start

The trailer the other end No 749 has received the same treatment with a superb paint job.

This also needs the same work done to it along with the correct wiper blades being tracked down. 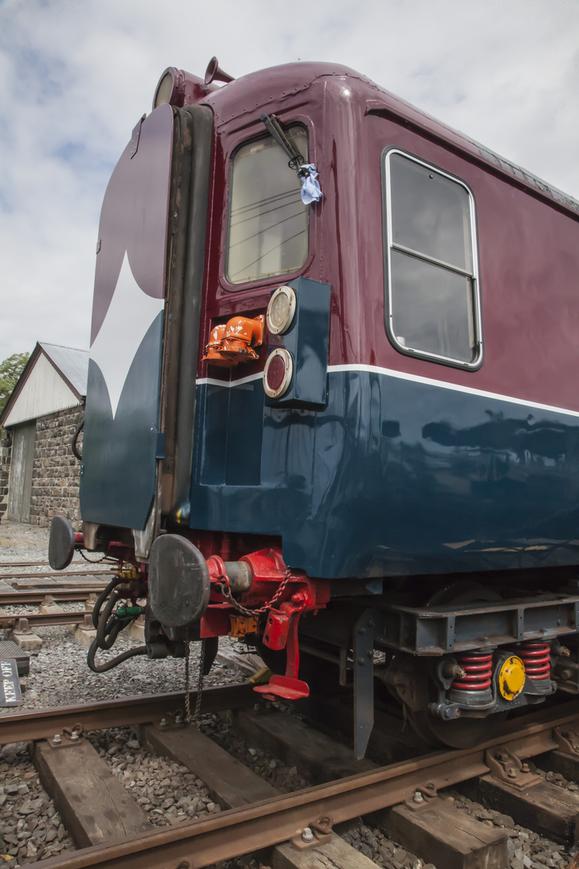 In the Spring of 2018 the Downpatrick & County Down Railway ran an appeal to save the last two 80 Class Thumpers.

This appeal was pushed by this site and I must thank all the regular readers who contributed.

Translink the Northern Ireland Railways made the offer to repaint one of the units so after seeing photos of it going through the process then being unloaded was making me a bit envious as there is the Irish Sea between me and Downpatrick.

The unit is due to be launched into service in September 2018 but knowing I wouldn't be able to make it to the launch I took the chance of seeing in the July.

Before leaving I couldn't help being a bit cheeky as I brought along the headboard carried on the Note the Last Thump events we had in 2014.

Even though its a little bit late for the party it makes a fantastic addition to the Preserved Thumpers family and I recommend a day out at Downpatrick, and apparently they also have some of these steam things if your the way inclined 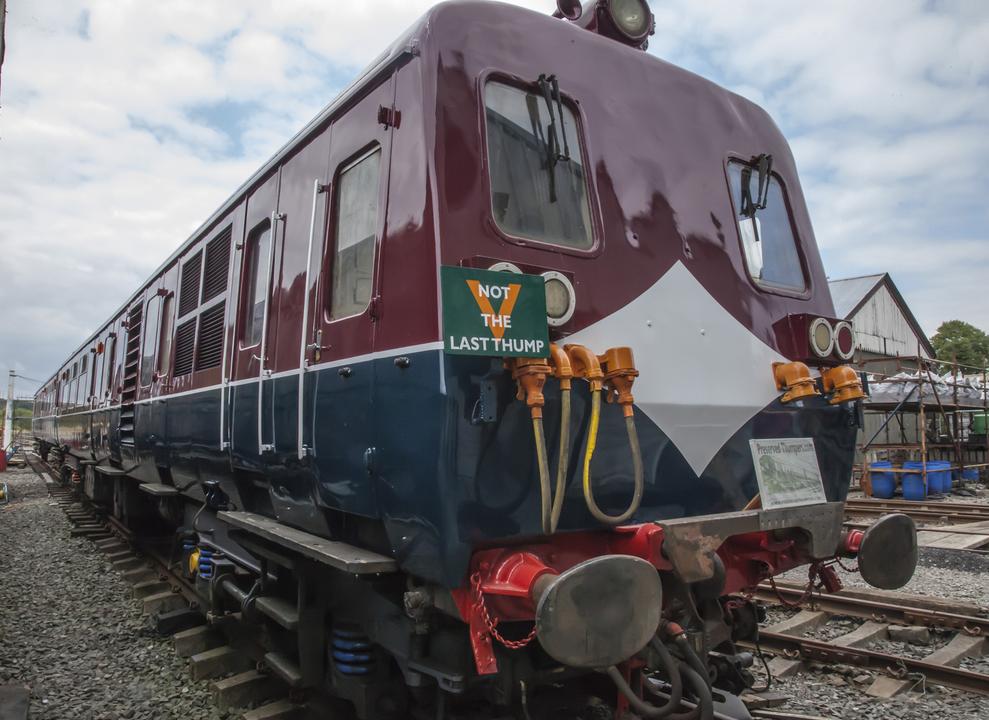 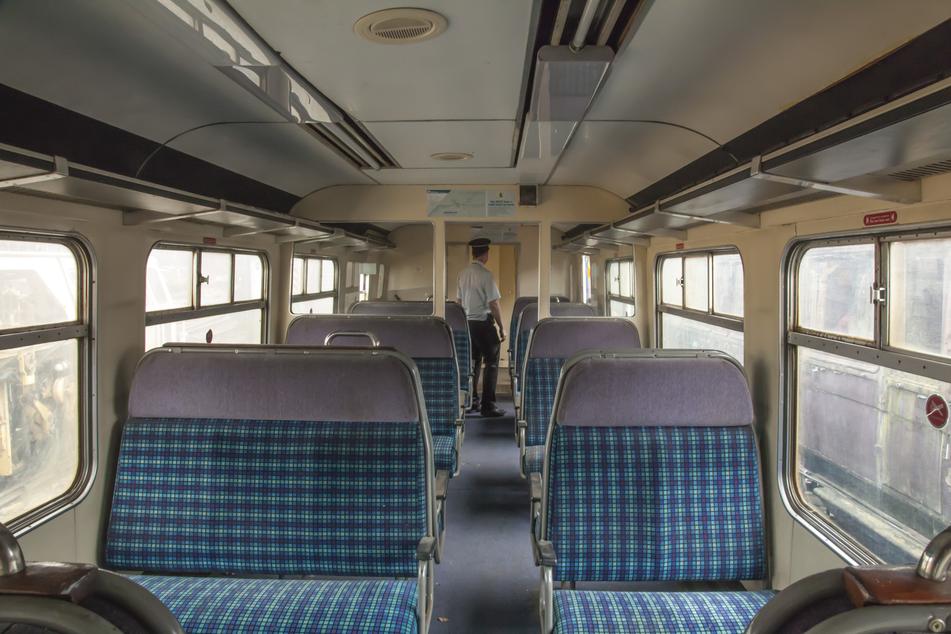 69 is seen sparkling in the sidings at Downpatrick.

Even though its operational a lot of work needs to be done before it can return to service. The bogies are being repainted and the step boards below the doors need replacing as they rotted during its time as a Sandite Unit

Also the original gold numbers are being sourced for the front.