Words and image by Albert Bridge 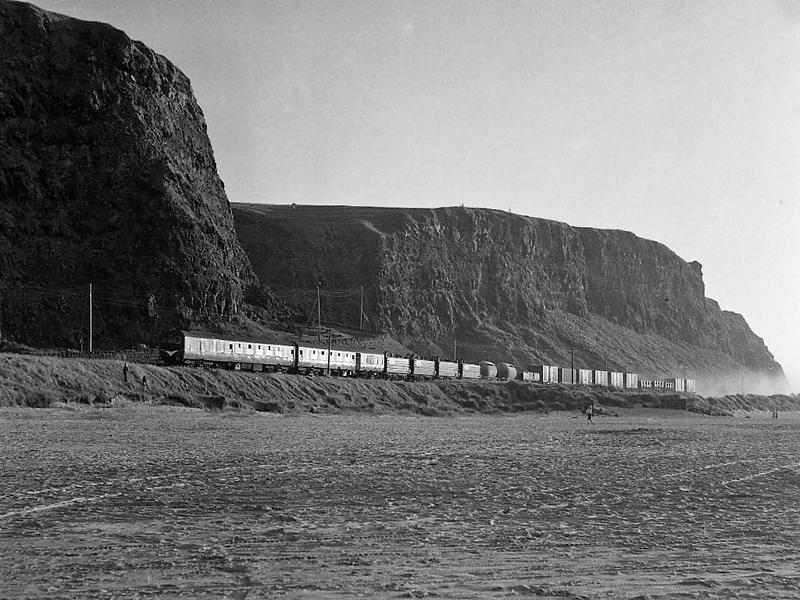 We recently found this online by Des Crockett and he says,

"I have uploaded a photo I took on a Kodak Instamatic 126 camera back in 1976/77. A single unknown 70 class power car is hauling 10 empty fertiliser wagons from Londonderry past the golf links at Castlerock. I do not remember a single power car being used very often." 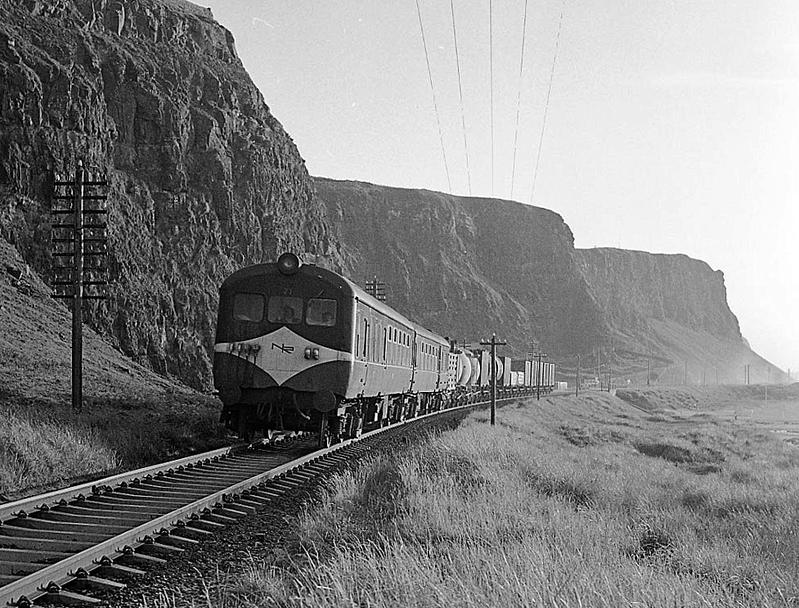 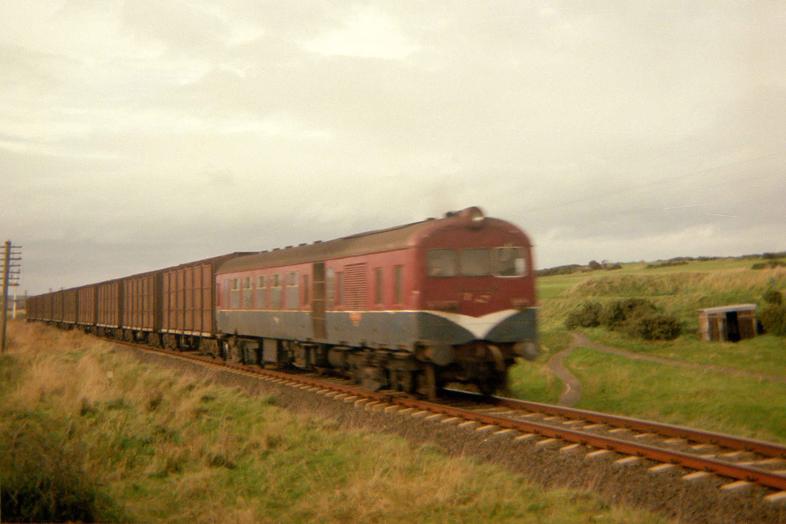 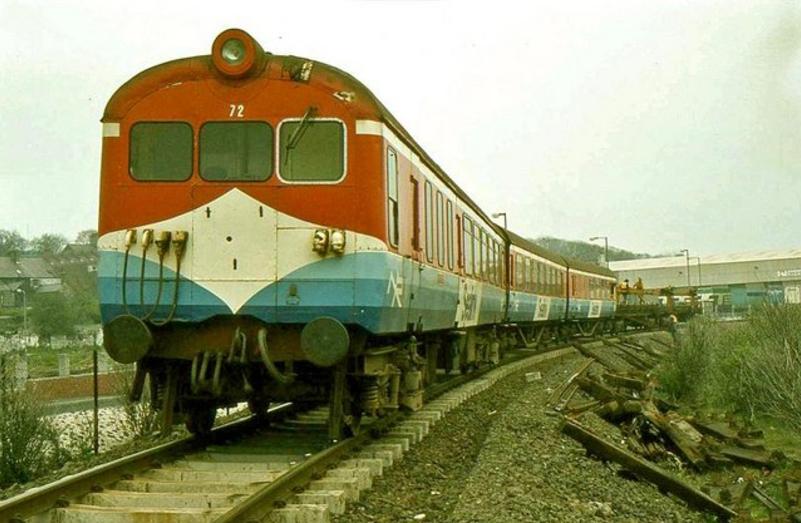 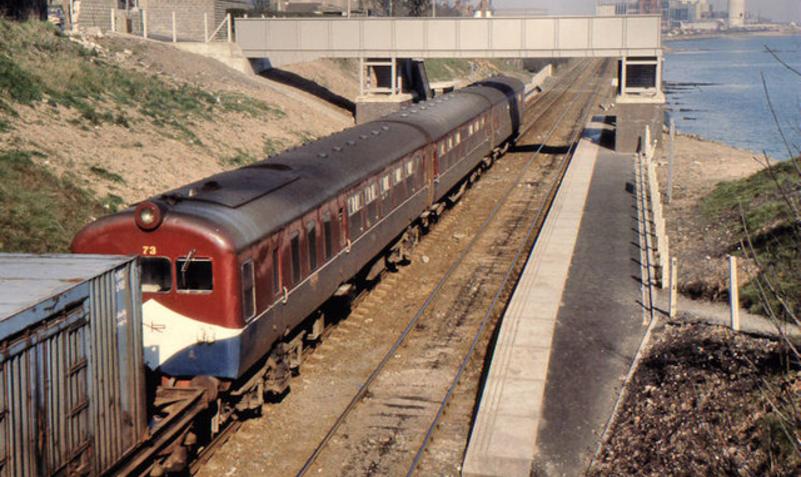 In the 1970's the Northern Ireland Railways used the 70 Class motor cars to haul freight trains.

The formations were normaly two power cars coupled back to back but occasionally there could be a complete 3 car unit hauling a train.

Many people think a thumper with its one driven bogie isn't very powerful but as can be seen in this section they can pack quite a punch.

Built by the Ulster Transport Authority (UTA) 1966-68, the eight 70-class DEMUs where used by the UTA and its successor Northern Ireland Railways (NIR) for both passenger and freight haulage. Their most notable working was the evening Monday - Friday freight service from Londonderry (Waterside) to Lisburn, operated on behalf of CIE whose own locomotives would then take the train on to Dublin. Headed by No. 71 "River Bush", the train is about to enter Downhill tunnel on its was to Lisburn via Antrim and Knockmore Junction. With improved roads in Donegal and Sligo, this service simply petered-out in the 1980.