Some of the cranes used for the job, apparently the lattice crane was one of the worlds largest mobile cranes, the second crane was huge and that was being used as the support crane use to assemble the big one. 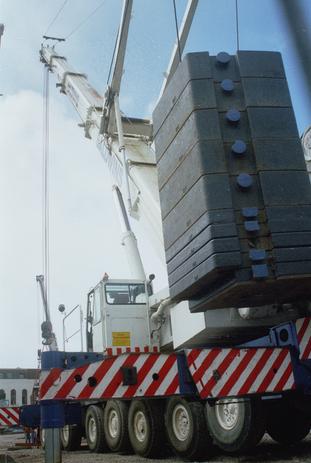 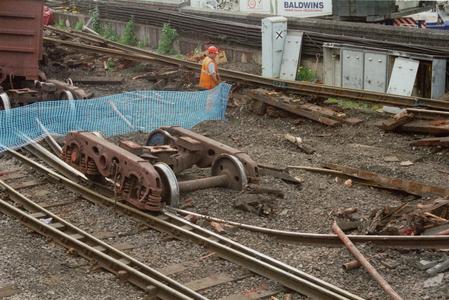 One of the wagons being taken away by road 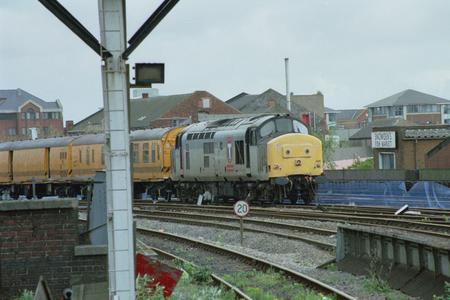 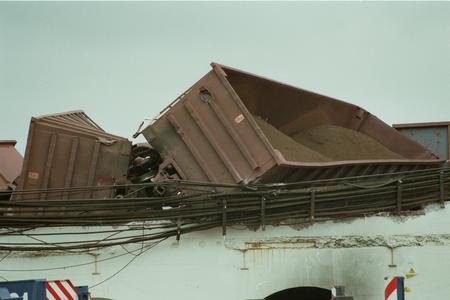 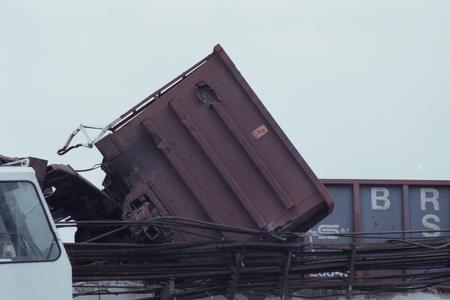 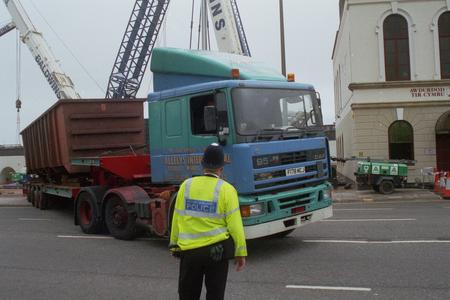 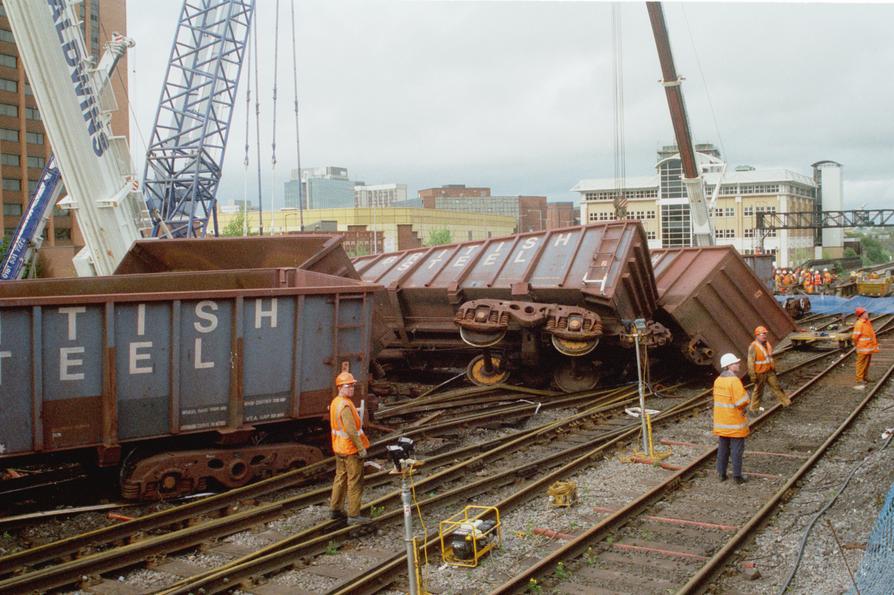 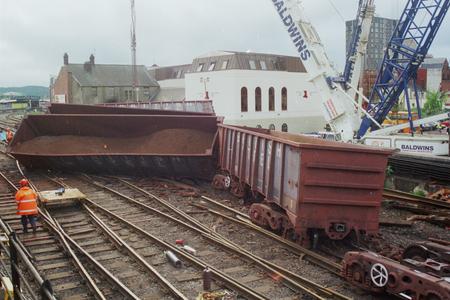 May 4th 1998 was a regular bank holiday Monday in Cardiff, until an Iron Ore train from Port Talbot passed through on its way to Llanwern.

Just east of the station around 11 wagons derailed and when it reached the paintwork just outside the station all heel broke loose.

It closed the services East of the station for at couple of weeks, also at the same time the valley lines services were being affected due to a resignalling scheme going on. 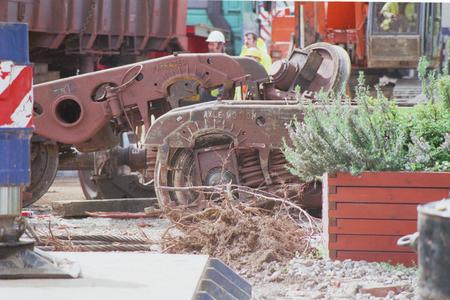 Various bogies in the process of removal 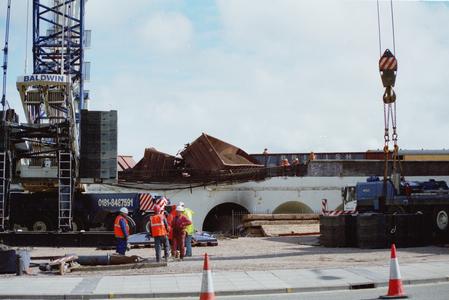 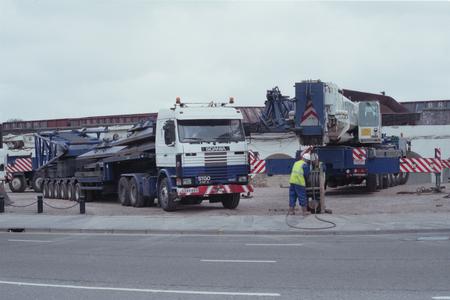 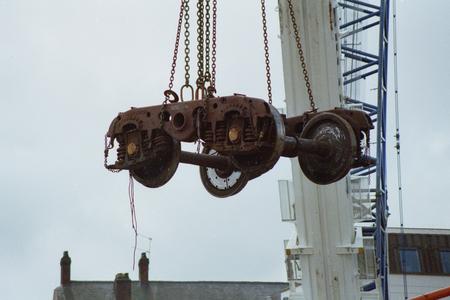 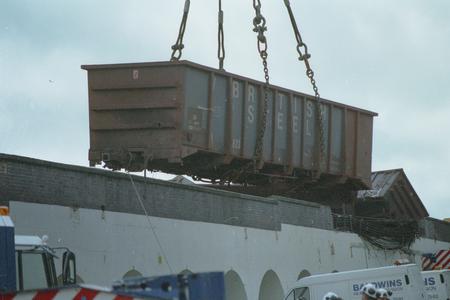 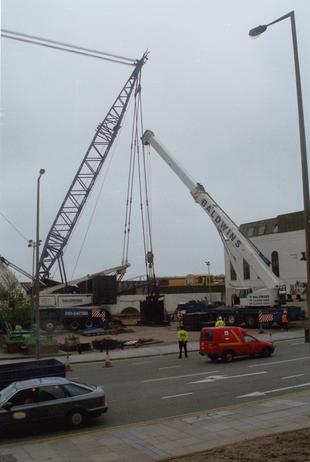 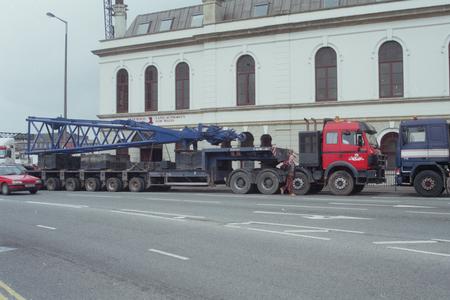 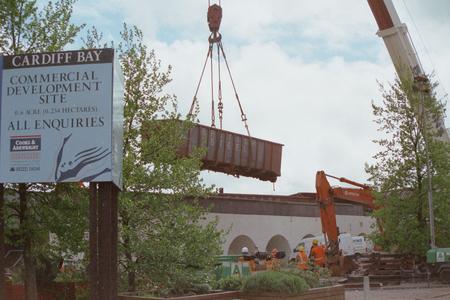 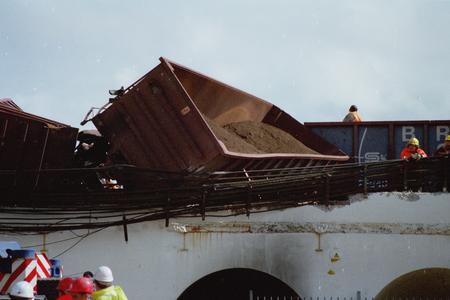 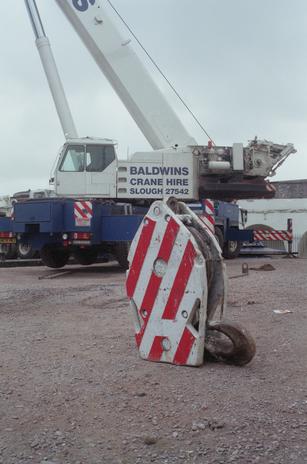 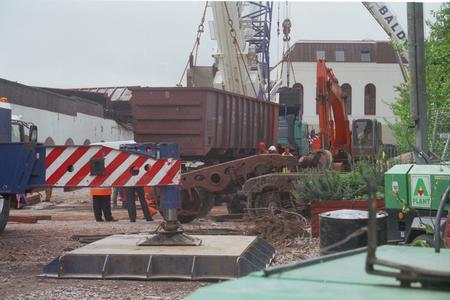 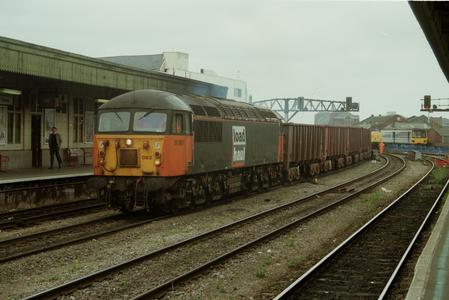 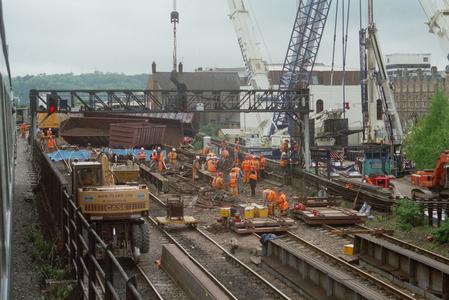 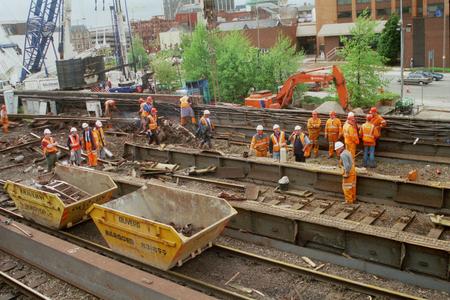 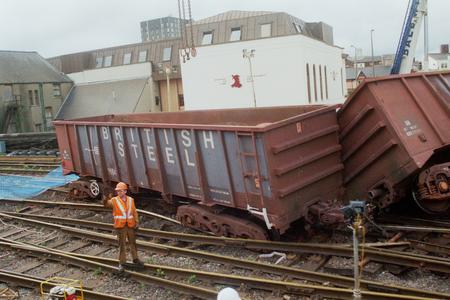 Down at ground level on the corner of Custom House St and Bute St, it shows that all that area is built up on a viaduct and made recovery even harder. 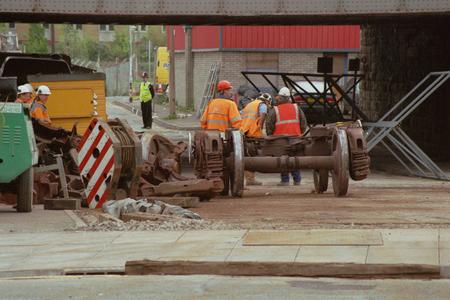 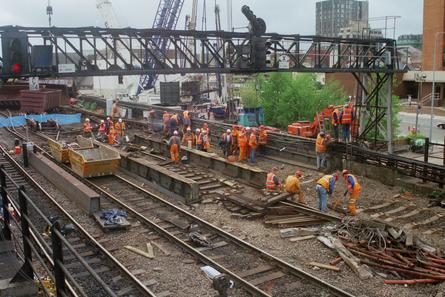 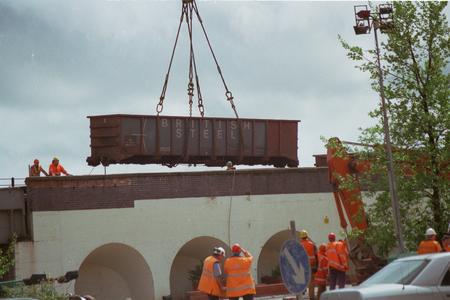 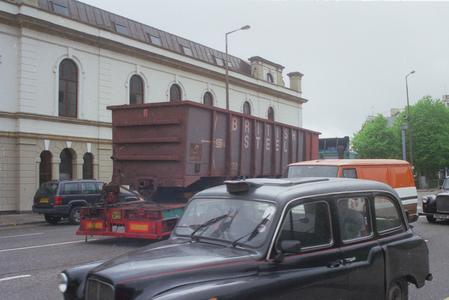 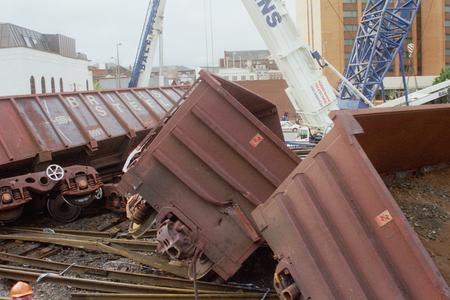 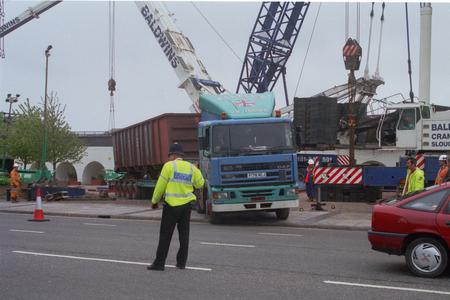 The only trains through the station during that period were linked to the clean up. 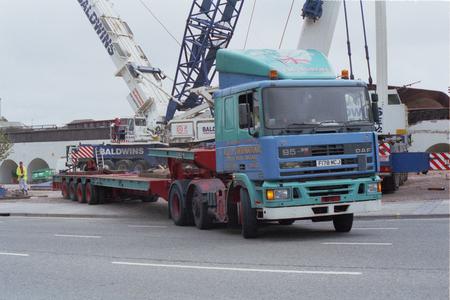