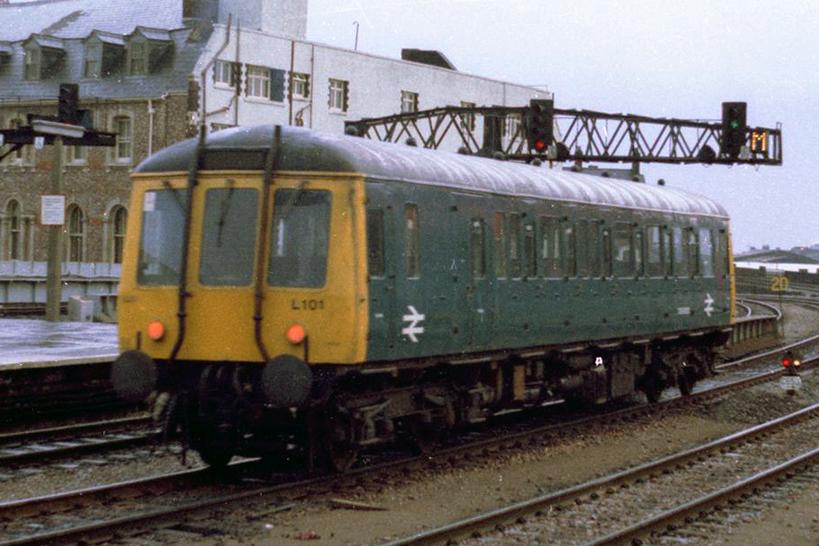 A freshly painted 55012 is seen at Laira Depot in Plymouth during the 1991 open day.

This vehicle has since been preserved at the Weardale Railway

Another unit to live on until the end is 55032, this was restored by Arriva trains Wales for use on the Cardiff Bay shuttle and is seen in Cardiff Queen St in 2007

Words and images by Amy Adams

A PDF of for all these classes can be found Here 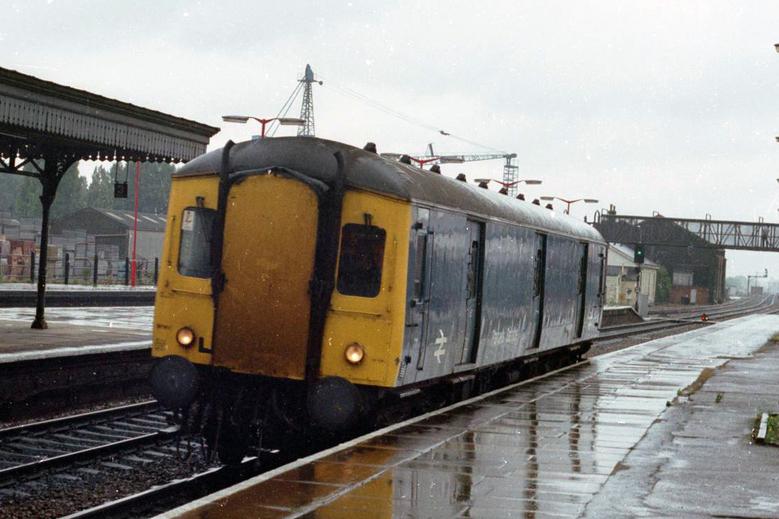 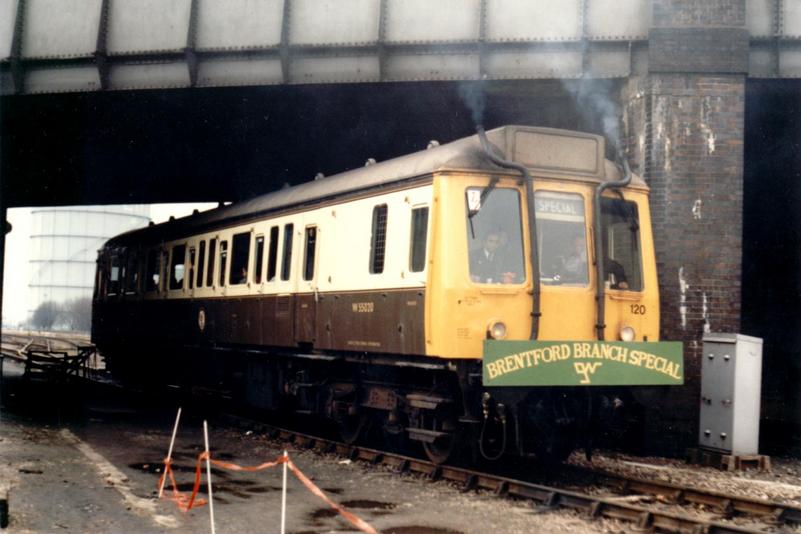 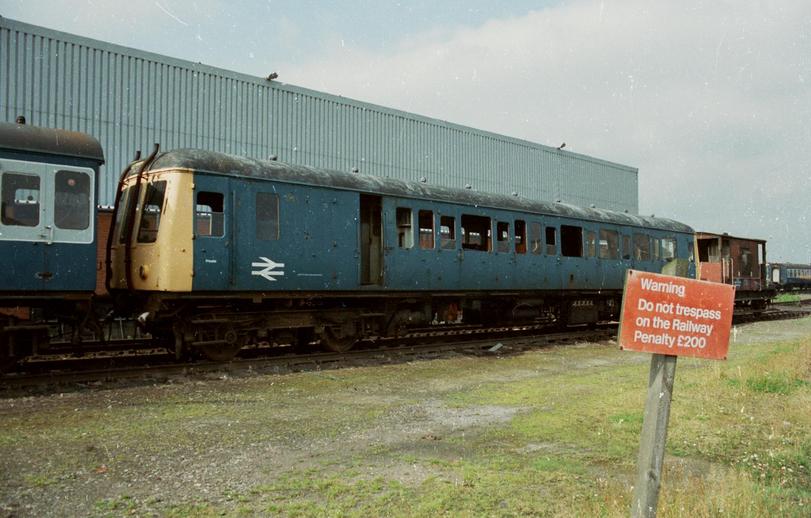 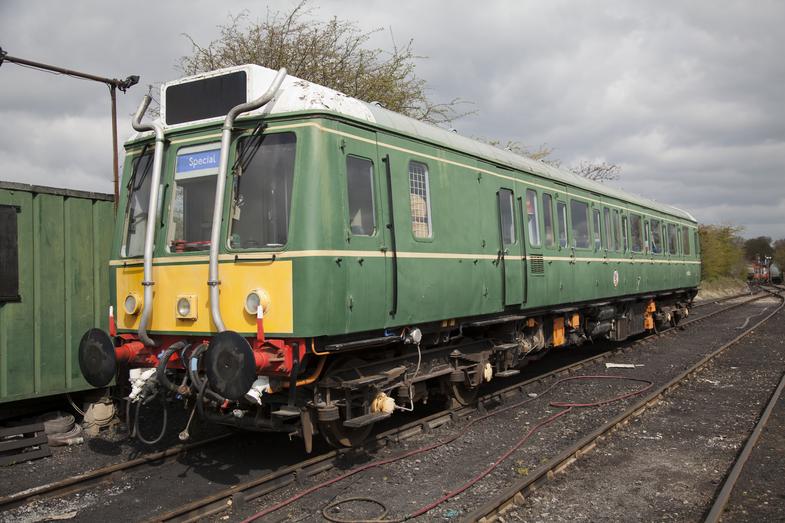 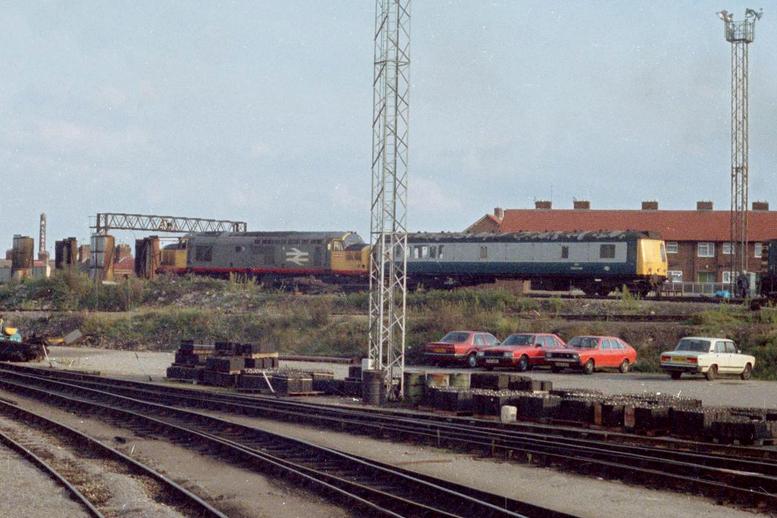 These were introduced in 1958 and built by Gloucester RC&W, in total 20 of these were produced. 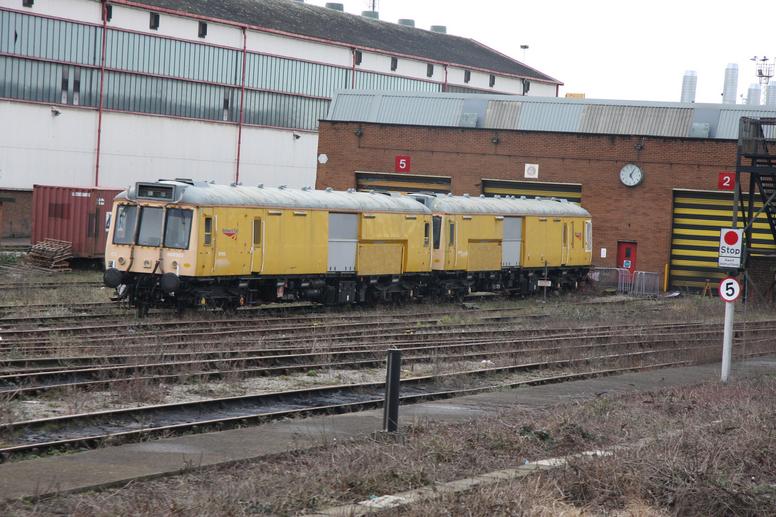 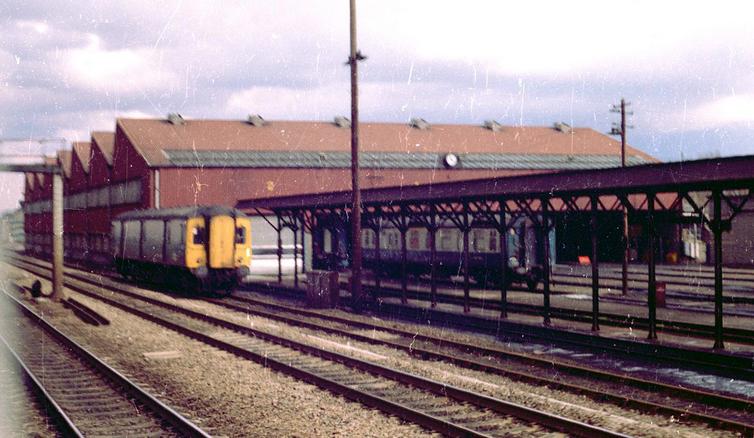 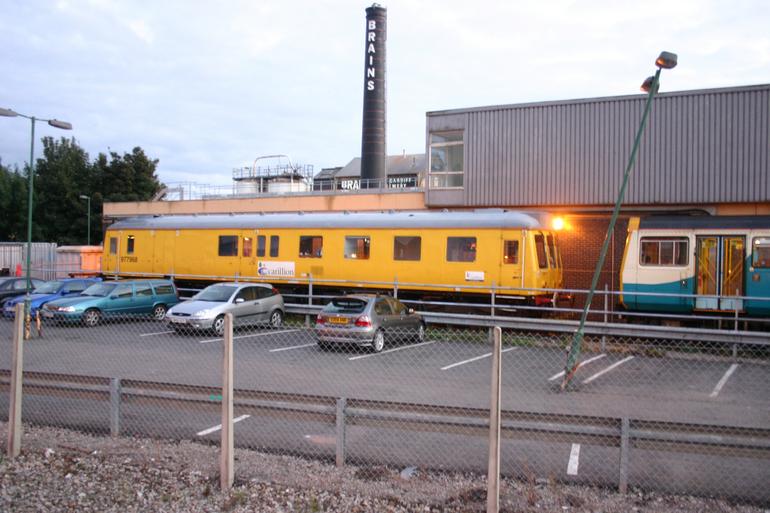 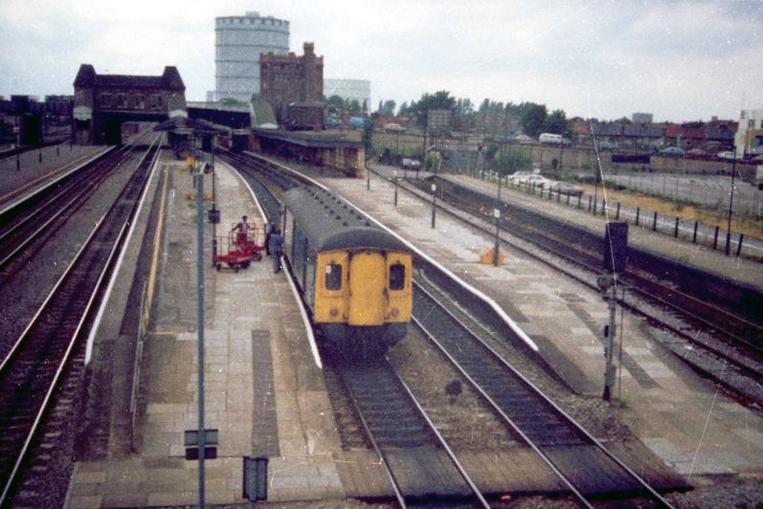 As a youngster one of my haunts was Southall, this was as my grandparents were from there and when visiting a few times a year I would always take my camera

The second batch was built by Pressed Steel Ltd in Scotland so therefor given a different classification.

Above is first of the class 55020 in GWR Livery. This was painted to celebrate the GWR150 in 1985 but stayed in this livery little over a year. It is seen here on a charter service for the GWR Preservation Group in 1986.

The unit later went into departmental use as a Sandite/Route Learning unit but was later overhauled by  Chiltern Railways and returned to passenger service, this became one of the last 2 DMU's in operation on the main line and has since been preserved on the main line 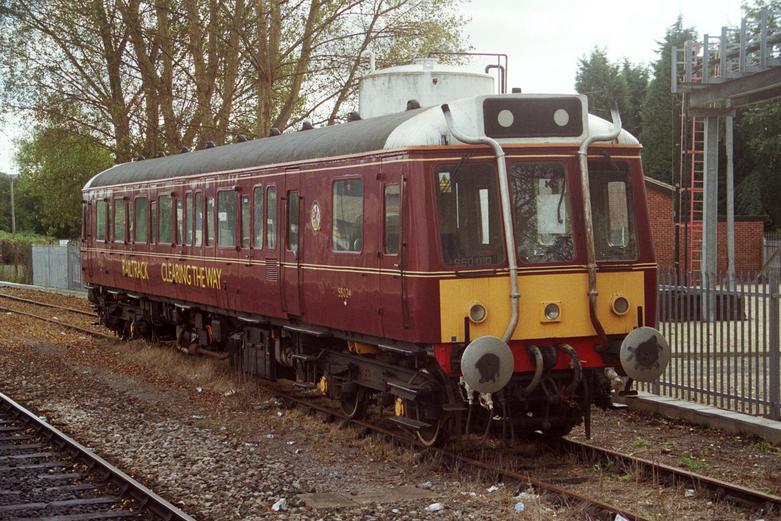 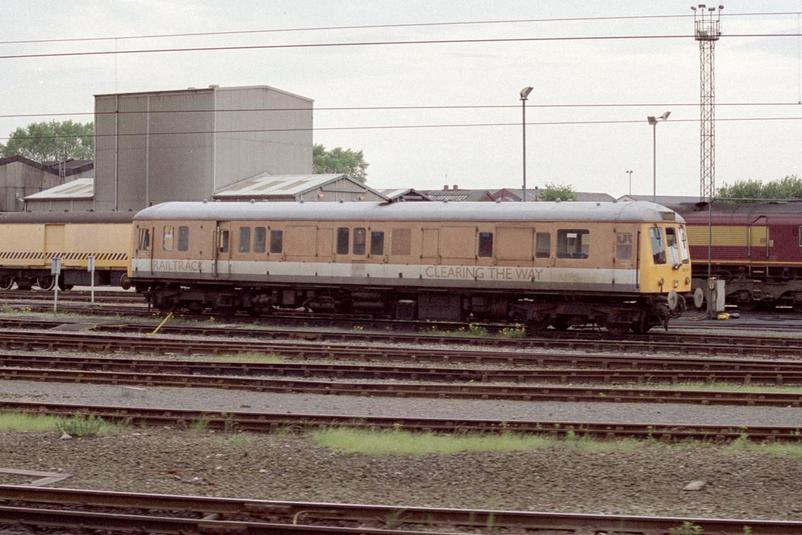 Preserved Nearby is 55023, often an a weekend DMU fans would come here to fill their DMU list if they had taken the effort to to travel to Aylesbury 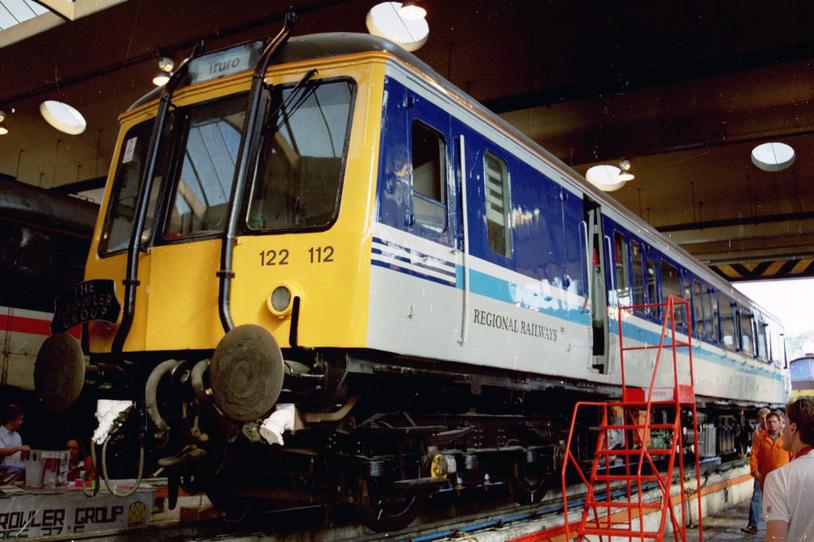 In 1960 10 dedicated parcels units were introduced, the first 4 went to the Midland Region and the other 6 went to the Western.

The Midland units had a 4 character head code box on the front and 3 windows, however the Western region realised the need for a gangway as they often used theirs in multiple, Split headcode boxes were fitted either side of a gangway, later on some of the headcode boxes were removed 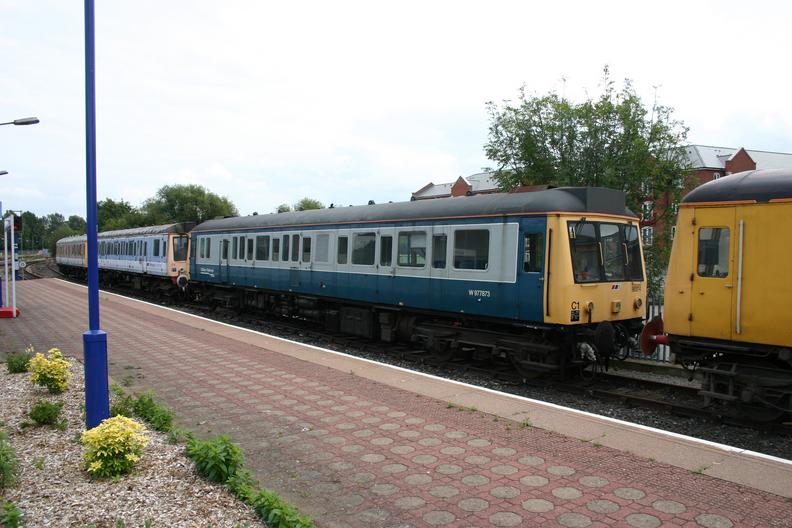 55001 later became a route learning vehicle and was renumbered to 975023 and is seen in 1986 passing through Cardiff. This vehicle is now preserved on the East Lancs Railway 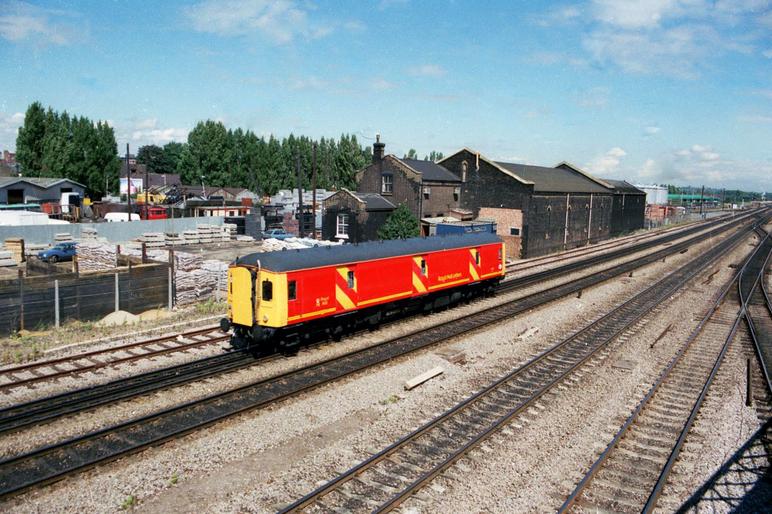 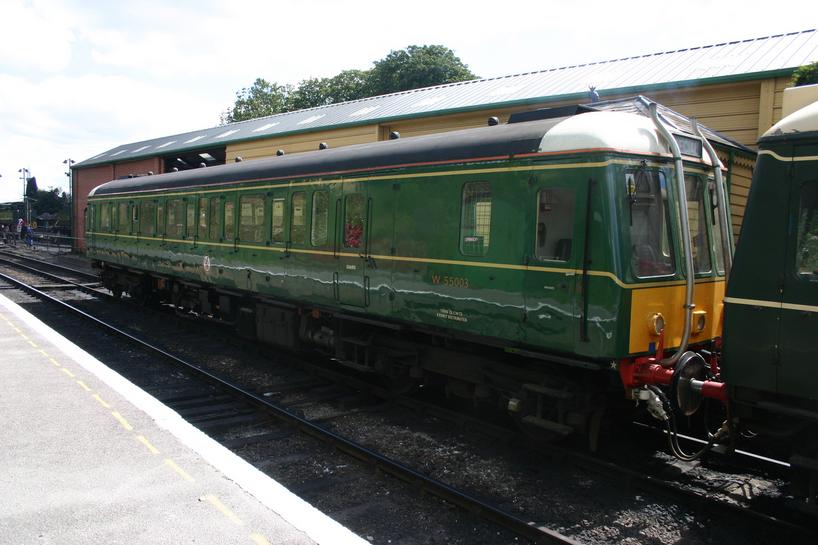 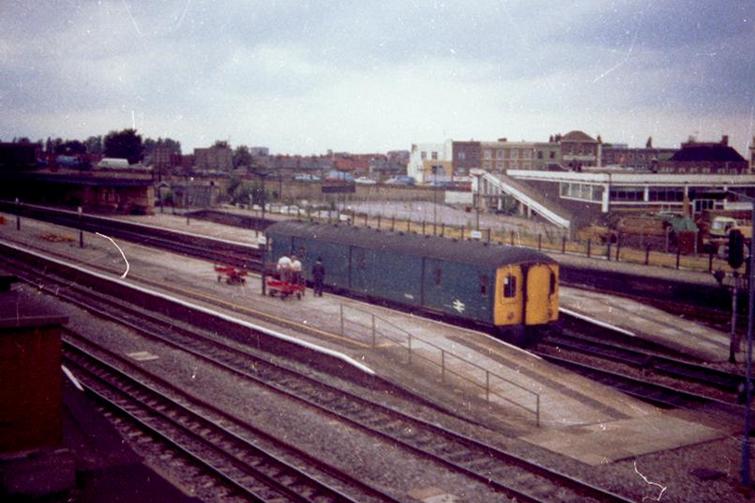 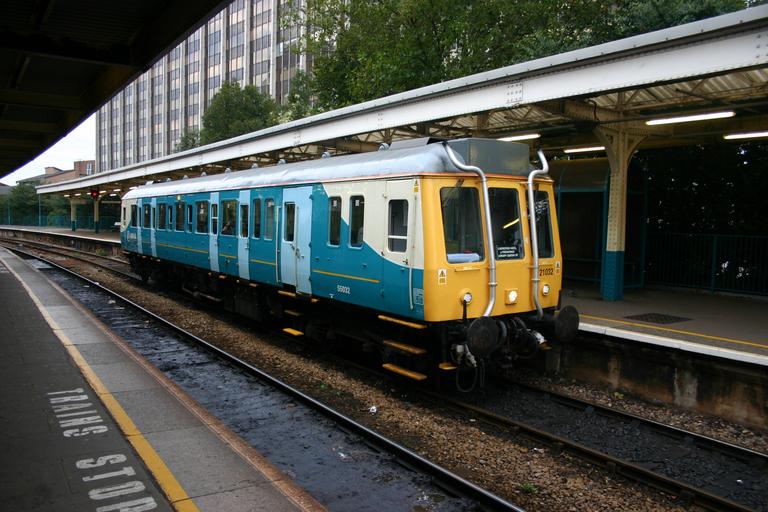 Another celebrity unit was 55024 which was painted into non authentic coaching stock maroon when converted into a sandite unit, this has since been preserved at Chinnor

55017 is seen at the DMU Depot at Tysley in 1988, It was withdrawn and being used as a source of spares and was cut up the following year

Two unusual liveries together, in May 1987 the Severn Valley railway were having a diesel gala and a shuttle service from Birmingham using the GWR liveried 117 was used  but Red Star liveried 55994 was tagged on for extra interest.

This one had its gangway removed but retained its headcode boxes

The most radical conversions were done to 55027 & 55031, these were heavily modified to become emergency trains for the Severn Tunnel but were never used. 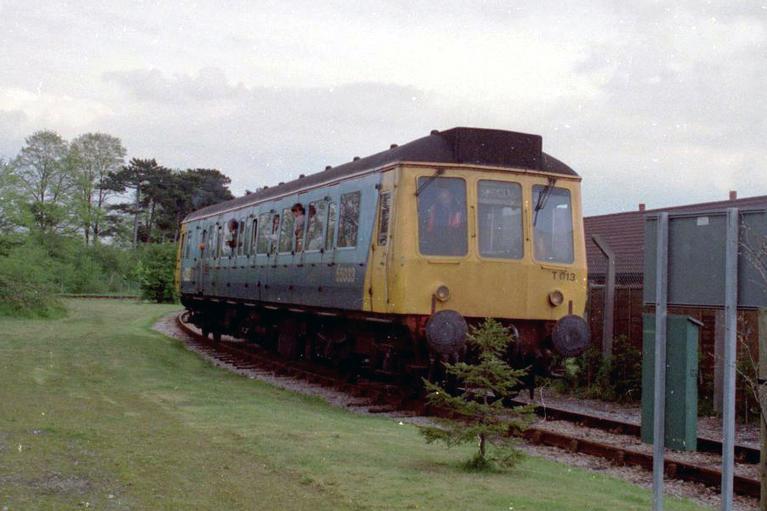 55025 was later used as a video car on the network so the exhaust was modified to give an area for lights and cameras could be bolted too, it is seen here in 2009 at an open day in Tysley

Even though this looks like another radical modification is 55029 but in reality the doors have just been plated over, the unit is now preserved and the owning group has a mammoth task of restoring the interior and sourcing lots of replacement doors.

Image taken at Cardiff in 2007

In this article I'm looking at the single car DMU's or 'Bubble Cars' used by British Rail.

I have gone through my photo archive so I am covering the 3 main classes the 121,122 & 128, I know there are other types built for BR and earlier companies but these are the main types which people think of, many people will mention the Derby Lightweights and the Cravens Parcel units but the main reason for leaving them out is that I dont have any shots of them.

I don't think of myself as an expert so for any in depth detail please go to www.railcar.co.uk and please note I'm only using this article as a way of sharing my photos and for any 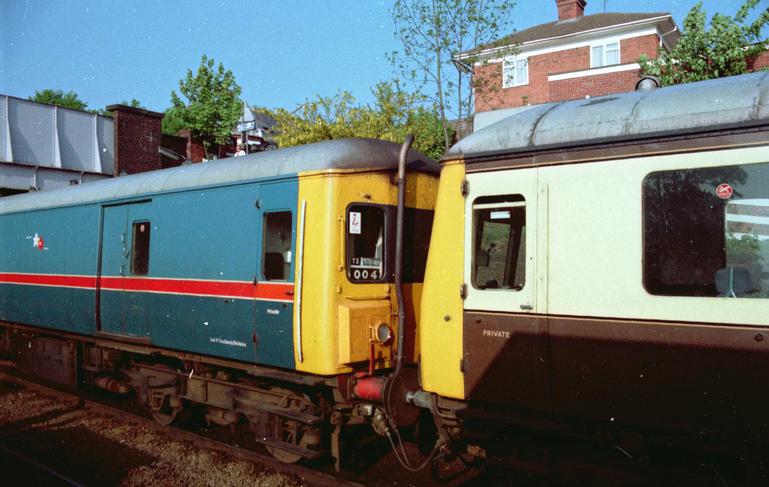 55033 when transferred to Tysley carried a Unique livery called Midline . in 1991 there was a large open day on the station and the Bulmers Railway Centre got involved, 55033 was used to shuttle passengers from the station and is seen arriving at the centre 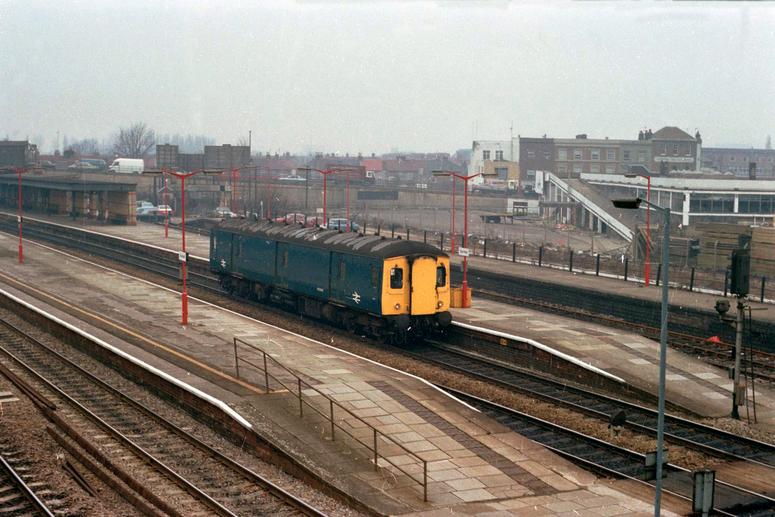 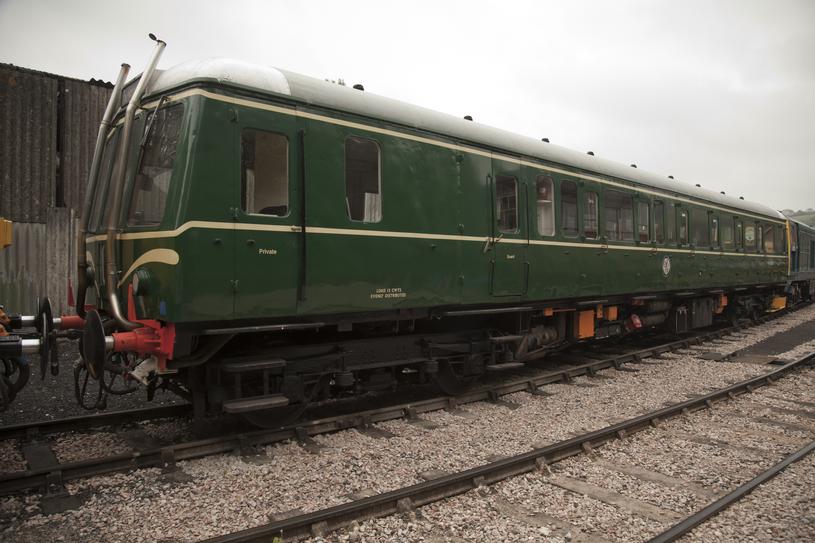 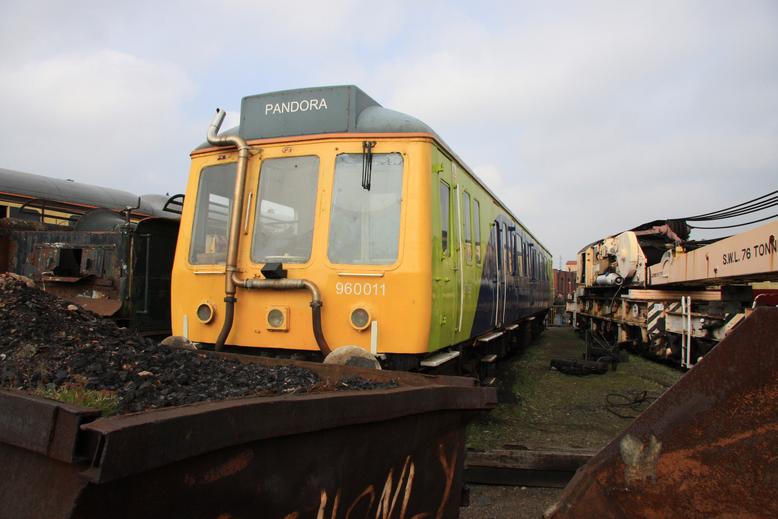 A number of unpowered driving trailers were built by both manufactures, there are two serving in preservation but this one 56285 was converted into a Sandite vehicle and is seen being hauled onto the main line at Cardiff Canton in 1988