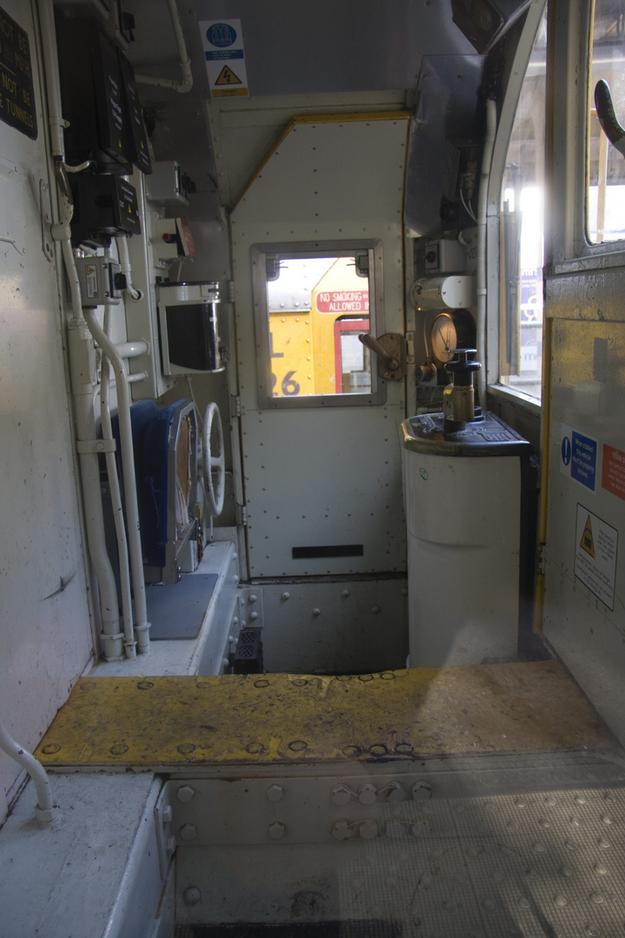 Recently the fleet have been undergoing some cab refurbishments, this has involved sealing up the cab doors as everyone used to enter through through the front centre door also new handrails and new high intensity headlights.

L51 was one of the first to be modified and is seen at Tower Hill, I think the entire fleet has now been modified as I haven't seen any non modified ones for a while

The original fleet were introduced in the 1930's with batches being built up until the 80's.

There is still a substantial fleet running today which is normally seen at night.

Top Image L19,L32 & L18 are stabled at West Ruislip Depot whilst being prepared for the nights work in July 2009 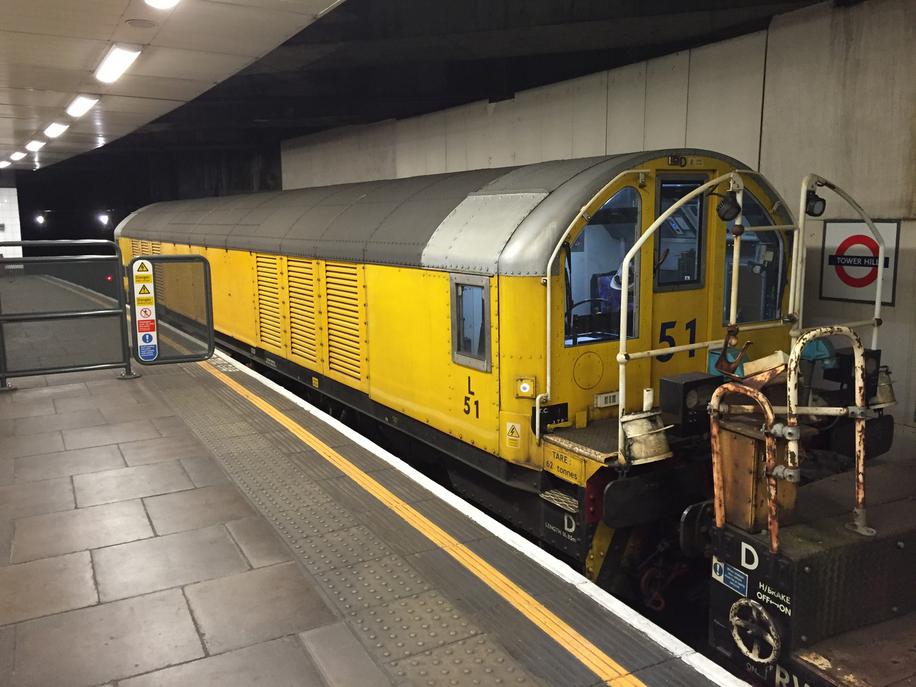 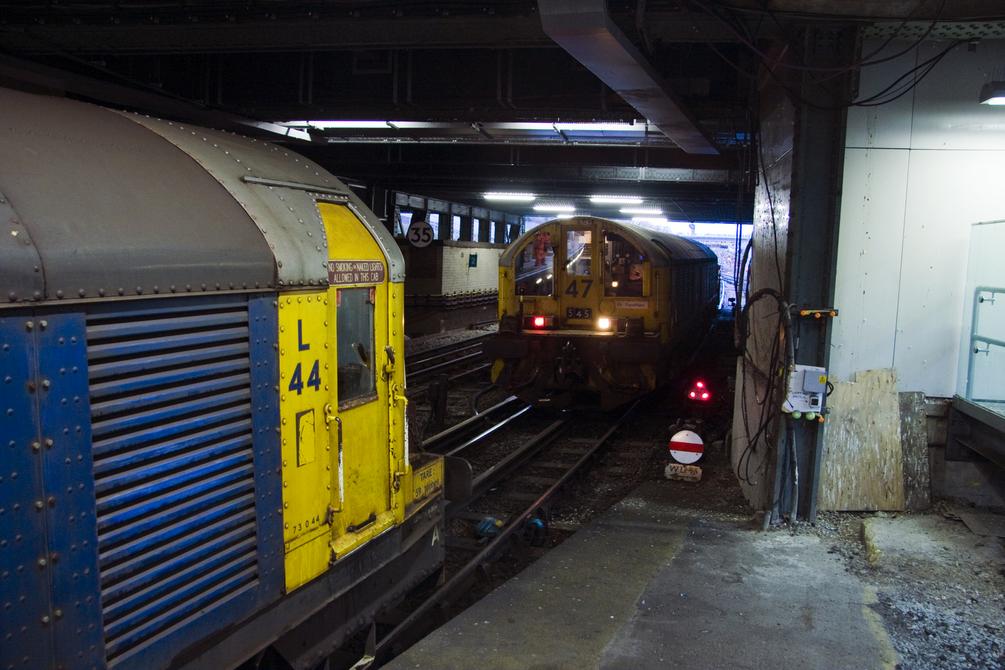 On a wet March Night in 2011 L22 is passing through Ealing Common on its way through to the engineering site on the District Line.

The regular formations for these trains has a locomotive each end due to lack of run round loops and are also double manned. The second person is needed as there are times where the rear locomotive has to be used as a banker and in deep tube tunnels it is impossible to safely change ends when reversing 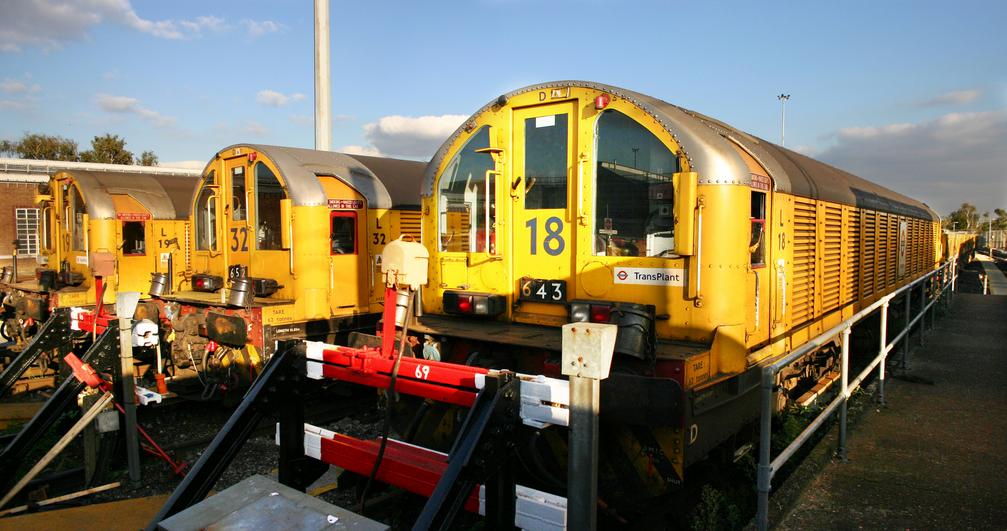 This is a list of the locomotives built over the years, as you can see they were not numbered in chronological order 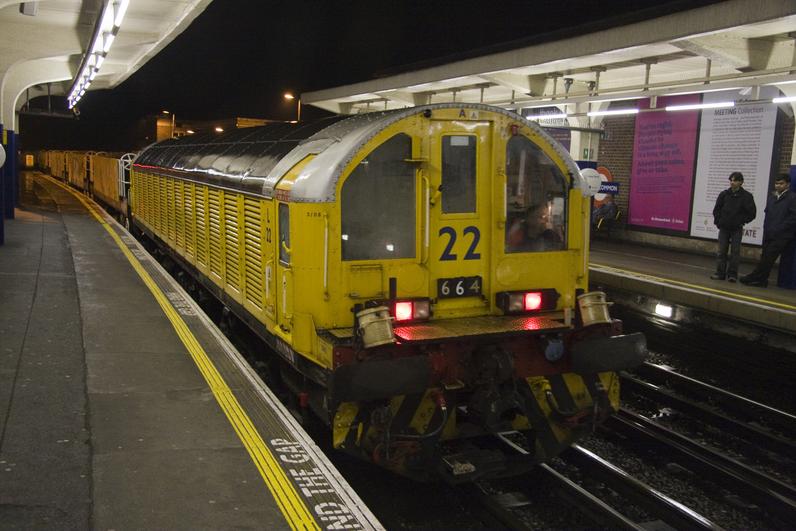 A chance photo in 2006 when I was sat a failed signal was this convoy of 5 locomotives.

Another chance photo, this time when I was going into work.

L54 is seen passing the outside of Acton Town station being moved by road in October 2015 presumably going off for refurbishment.

L 44 and L47 at Acton Town during a main engineering shutdown.

A busy scene at Acton Town Where L50 is on a ballast train and in the background is L32.

Also the eagle eyed amongst you would of noticed 66714 on the bank, in 2009 when this was taken a major track replacement program was underway in 2009 GBRF were given the contract to bring in ballast and we would regularly have their trains on our network 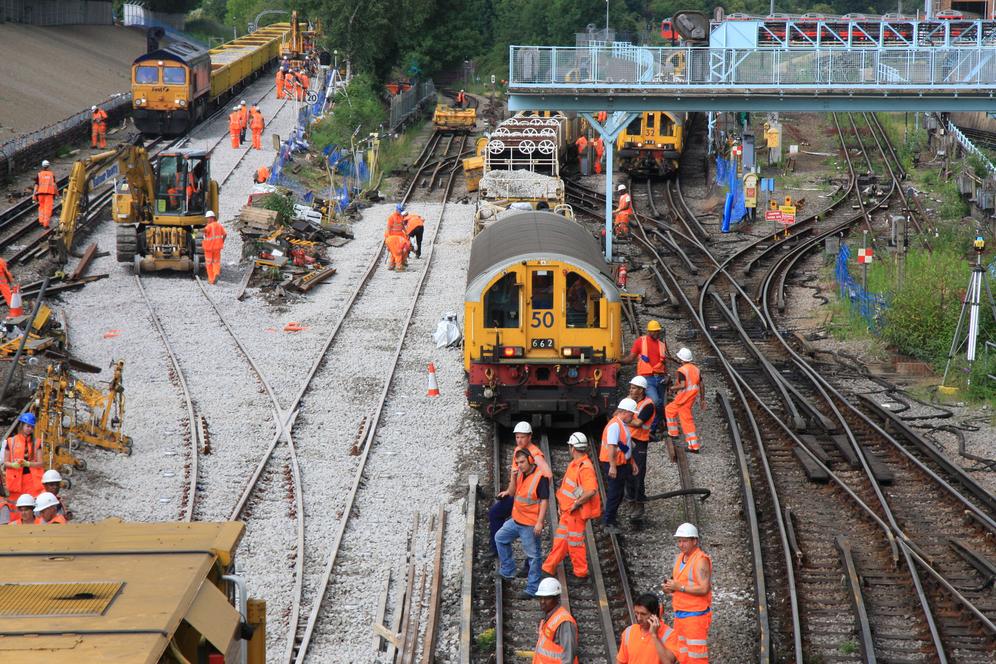 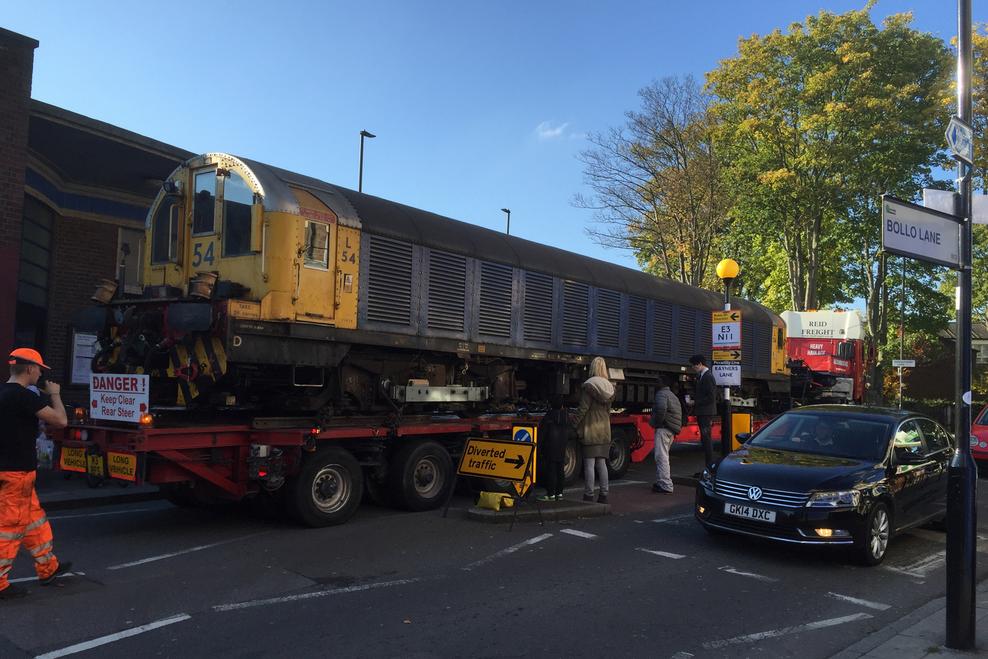 The preserved locomotive which is kept at the museum store at Acton.

It is interesting to see how the equipment has been modified on the current fleet.

They were fitted with double hight buffer gear so it could haul tube gauge stock, so as the buffers would be in the way they were hinged to enable them to be lifted out of the way, these have been replaced by retractable buffers. Another coupler change has been fitting modern buckeye couplers, this was before the recent cab refurbs as mentioned previously 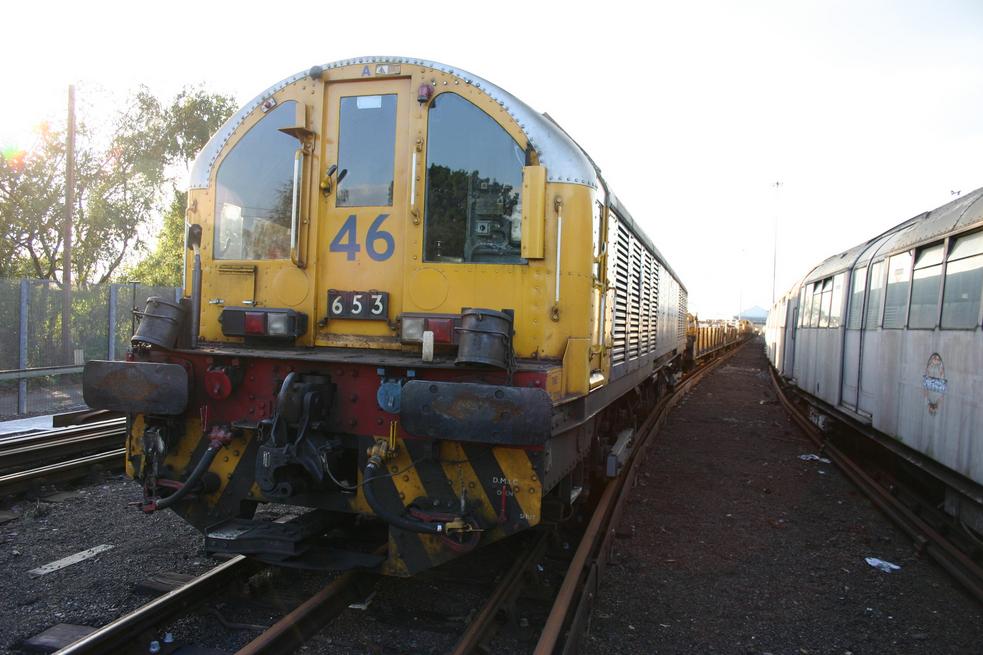 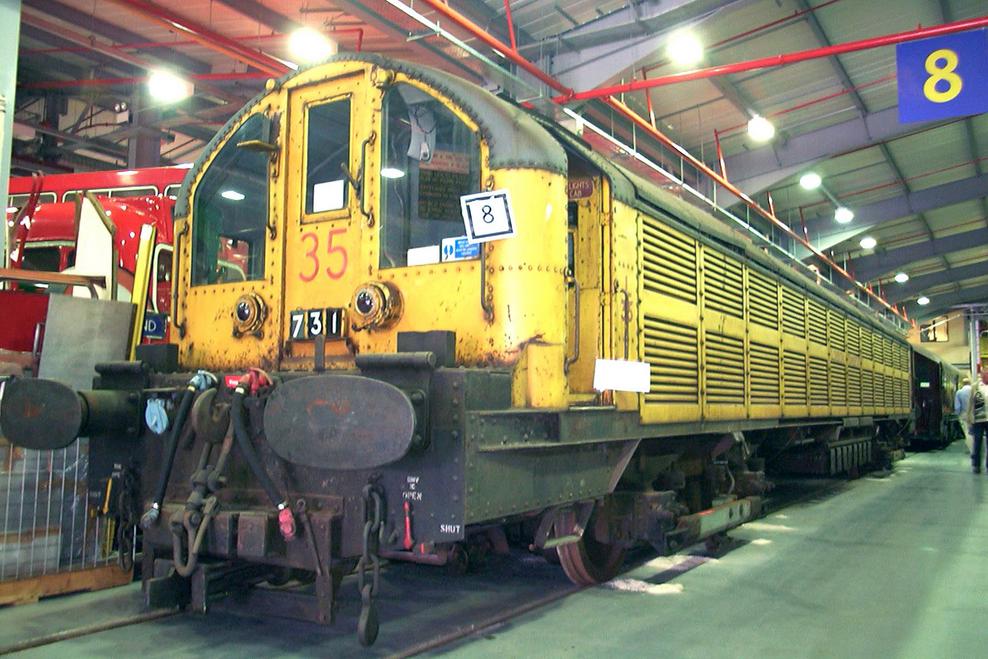 "Whats in the cab" I hear you say, well here it is a very basic cab.

Also the floor is in a couple of wells this is because its a tube gauge vehicle but with standard main line buffer gear so the floor would be too high so the only answer was to put a well in each side, this has been done in the past in reduced gauge steam locomotives