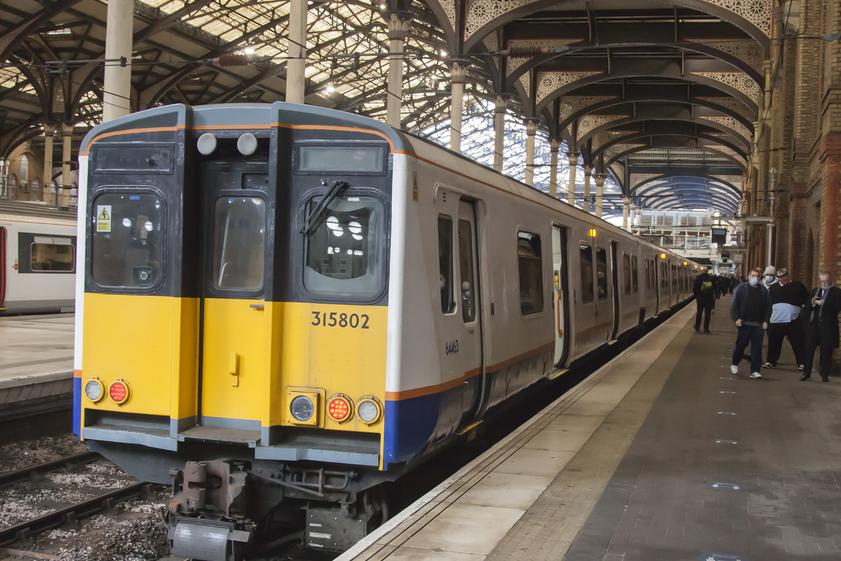 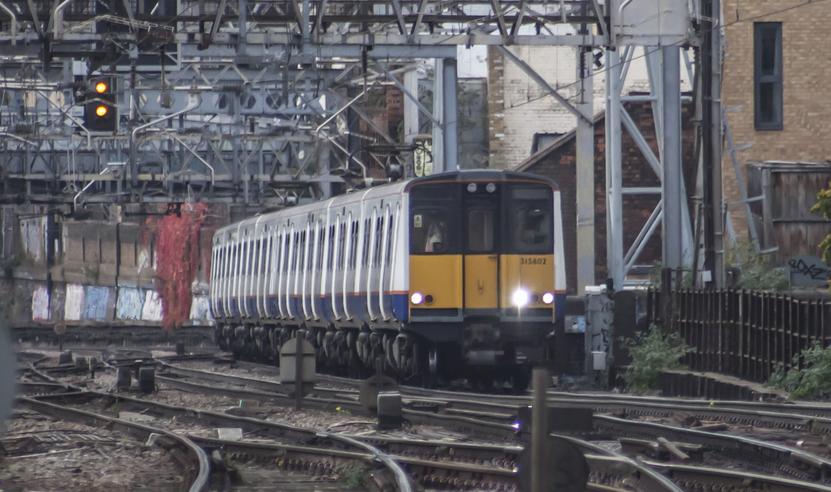 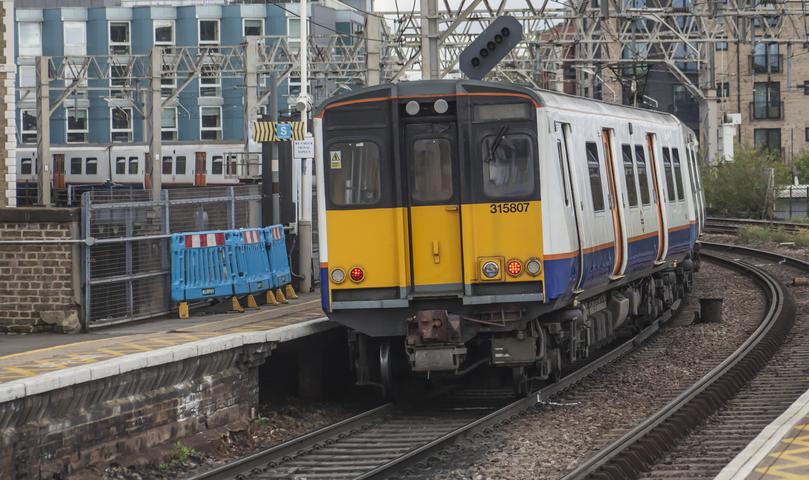 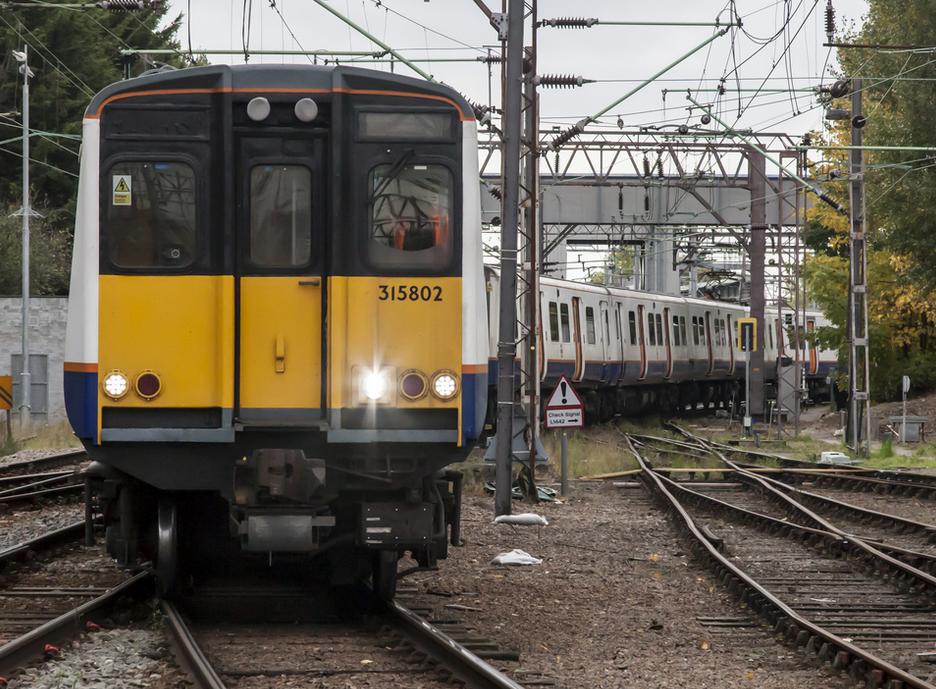 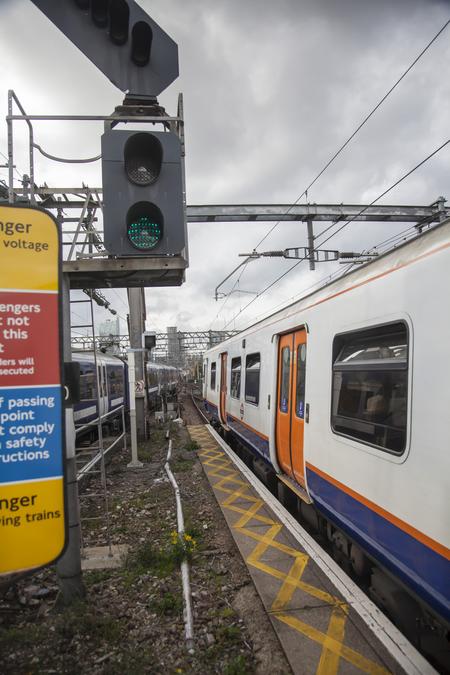 On arrival at Liverpool St we didn't have long but it was enough time to get shots this time without heads in the way and before we knew it we were off heading up to Enfield Town. 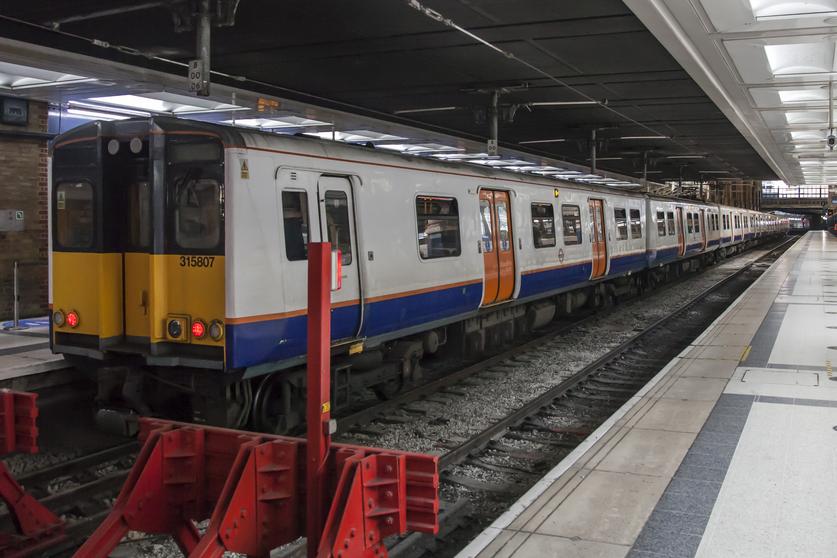 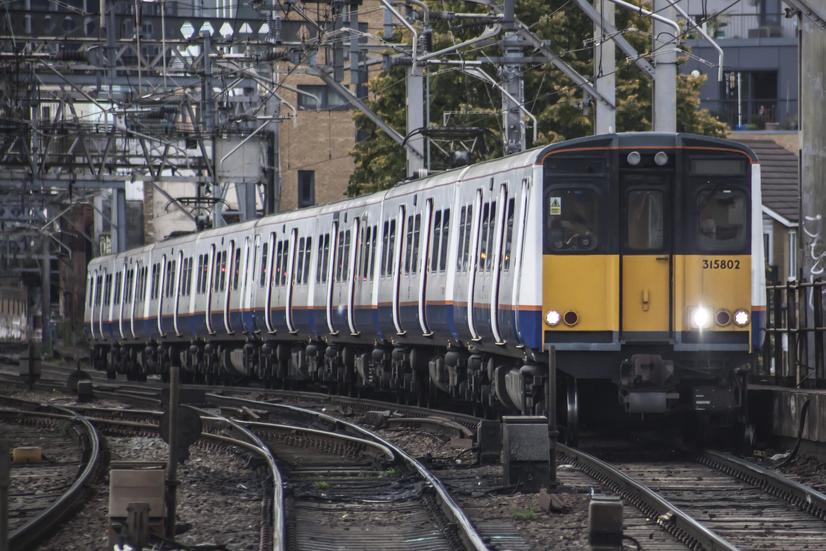 The London end with 807 leading at Chingford

As I had a day off work I decided to travel on it so I had to travel across London to see it arriving at Chingford just in time to see it coming out of the siding.

There were a few enthusiasts there but in the tight space I think most people got shots with heads in them, I must apologise now if my head is in anyones photos 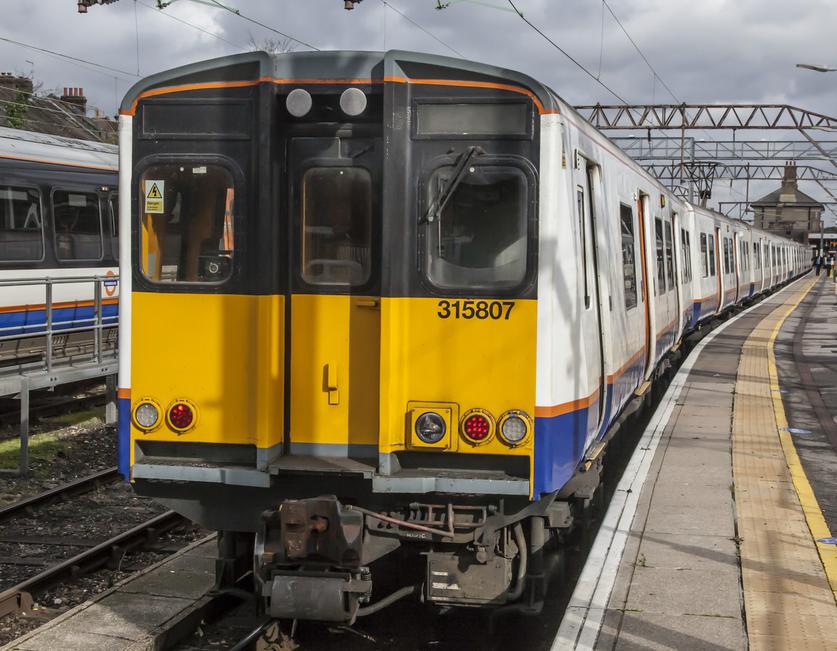 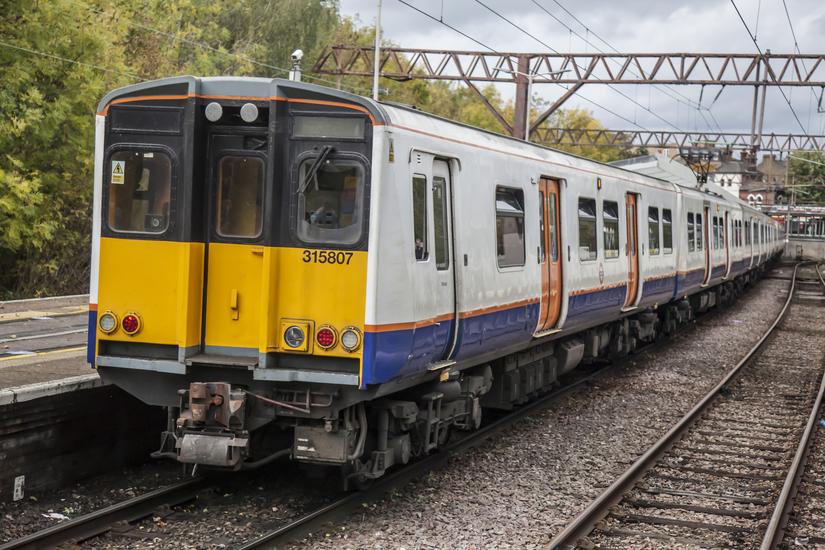 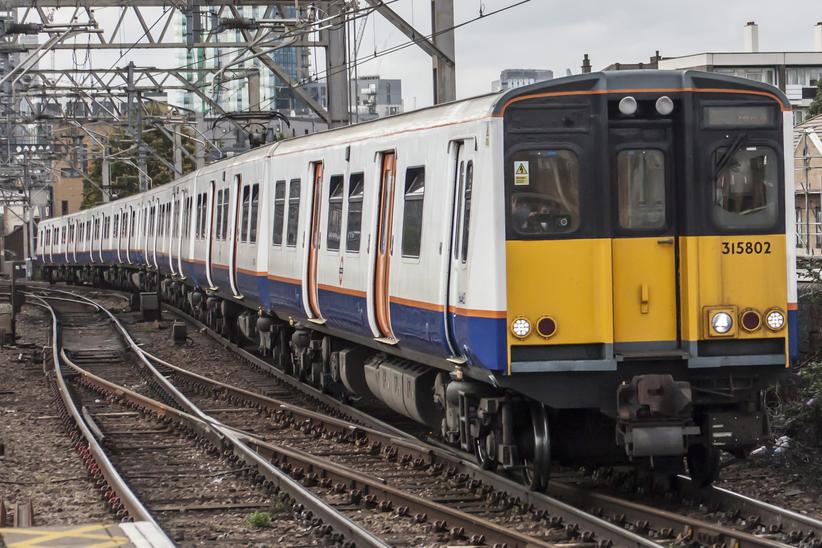 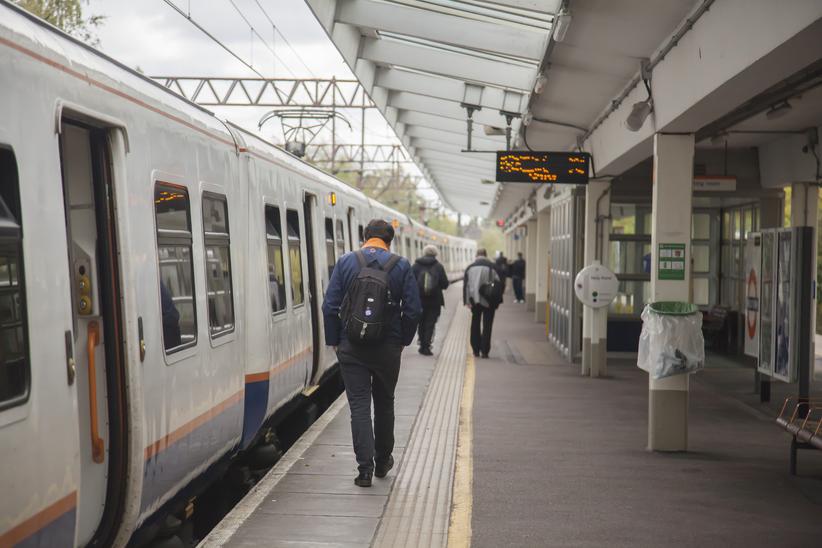 That was the last trip of a London Overground liveried unit, at the time of writing TFL Rail still have some running on the Liverpool St to Shenfield route, a couple of which I managed to get shots of later on.

I found out about the trip through the 315 Preservation Society  who are trying to preserve a unit and keep it on the main line, they are desperately fund raising at the moment so please give them a bit of help.

The 315's were the mainstay of the North London lines since 1980 and after 40 years are being withdrawn.

The units are often mistaken to the dual voltage 313's or the third rail 508's and were also very similar to the Scottish 314's .

On the 20th October 2020 London Overground bid farewell to their last pair of units 515802 & 3158078, with a low key run but the enthusiasts got wind of this and made the day something special.

it was diagrammed to do a couple of trips, these are