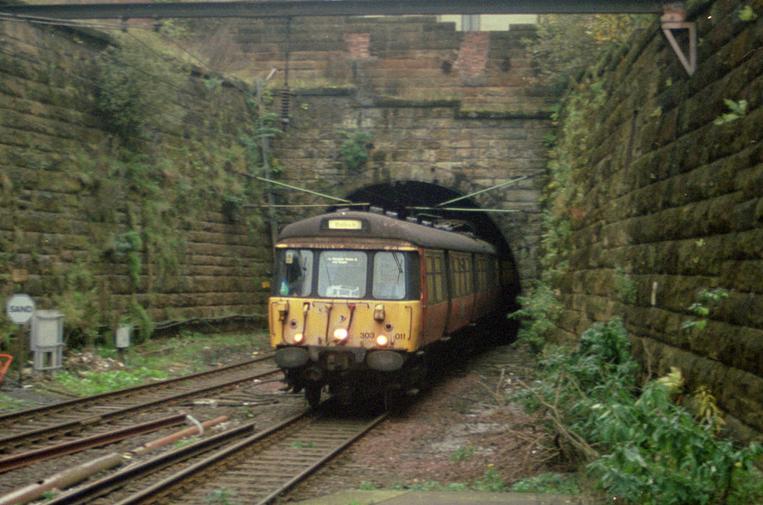 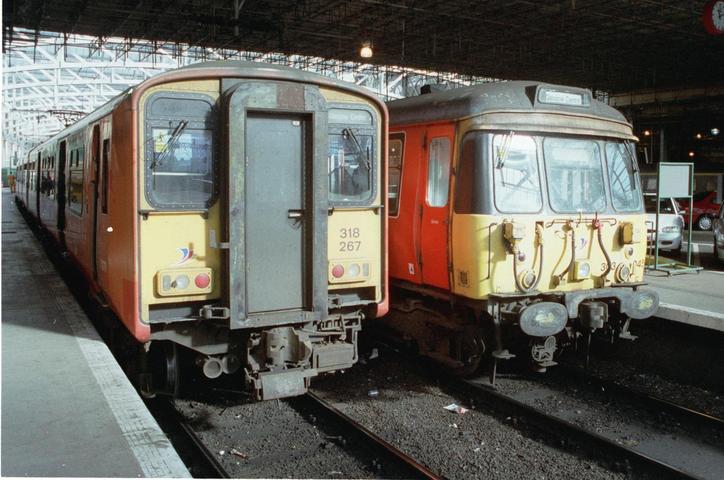 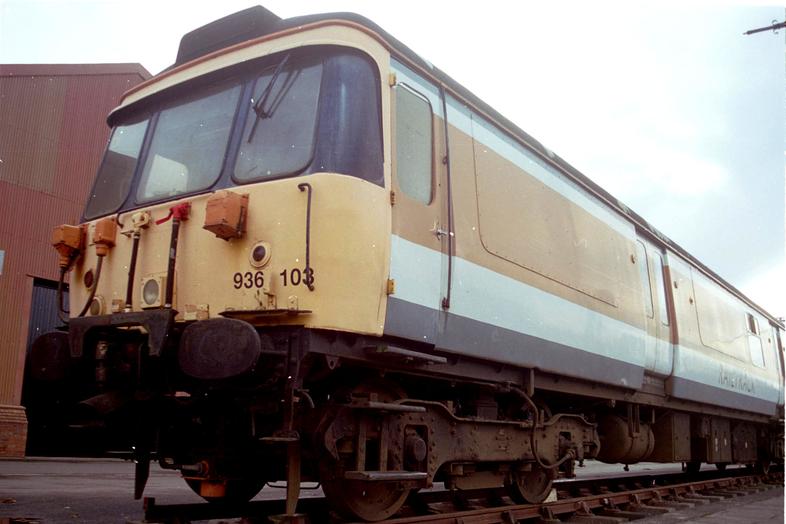 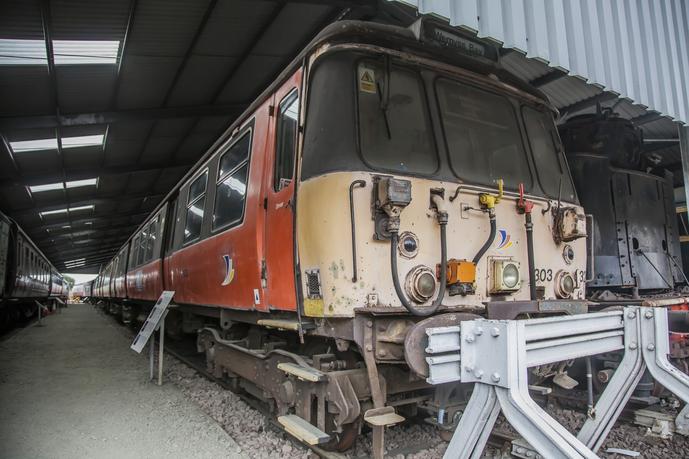 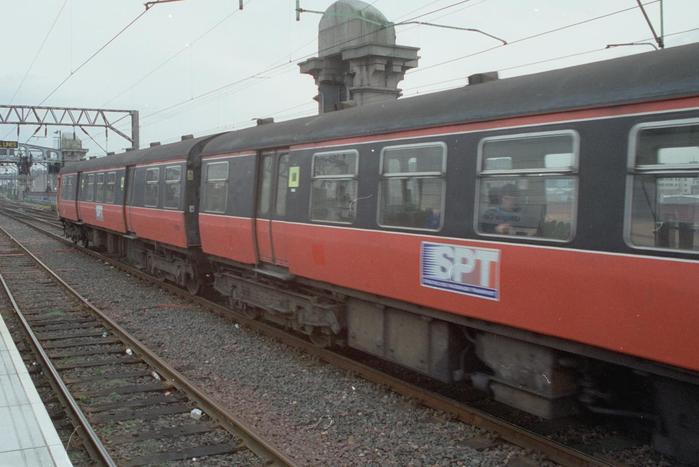 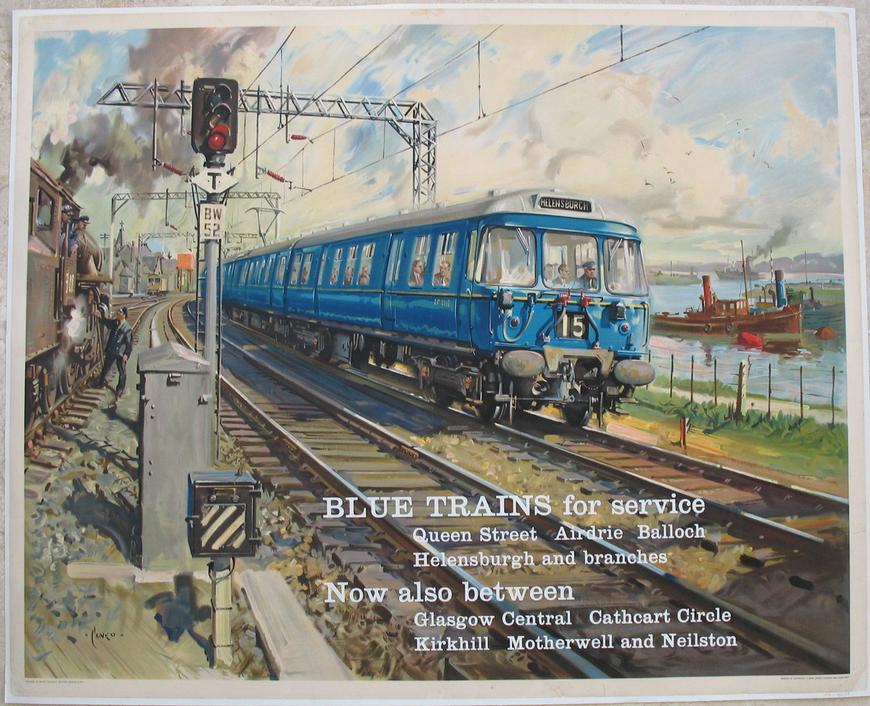 This was a former sandite unit and is seen just after preservation at Summerlee Heritage Park.

Sadly not long after preservation it was found to be way too big for the site and one of the driving trailers was scrapped. 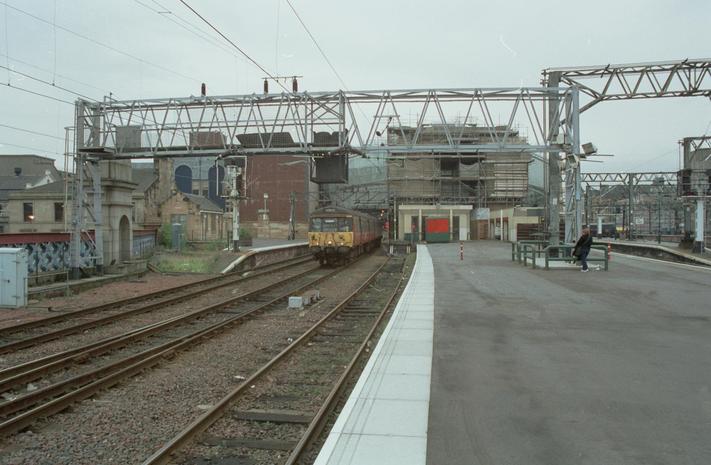 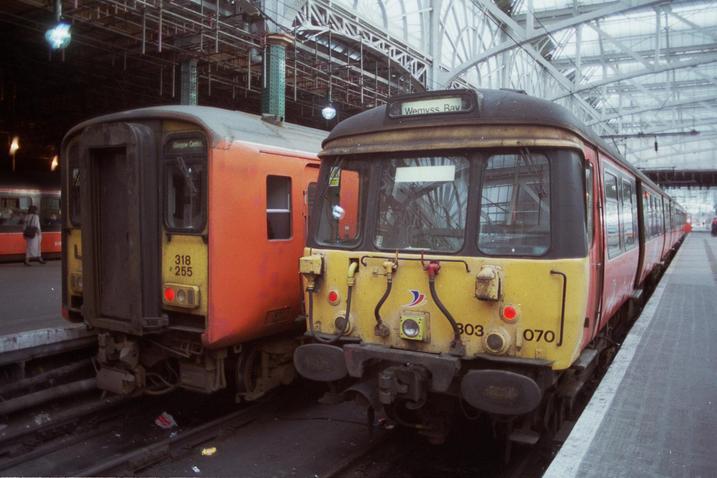 For me that was the end of the 303's in service, this shot at Glasgow Central says it all 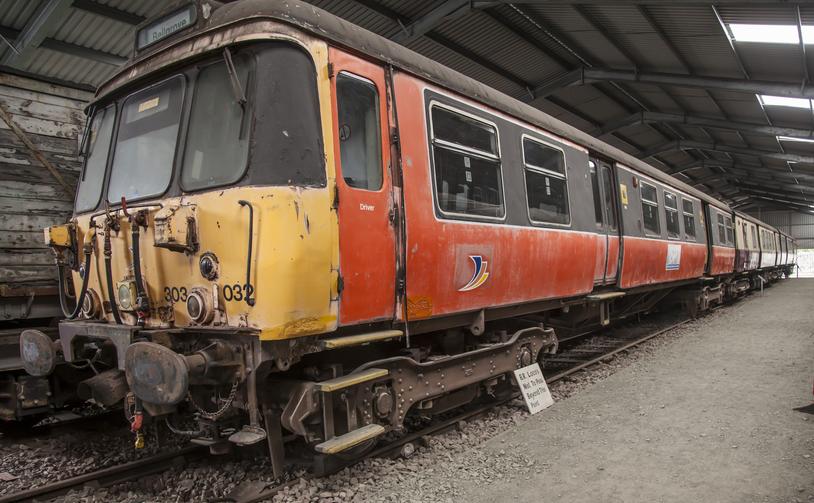 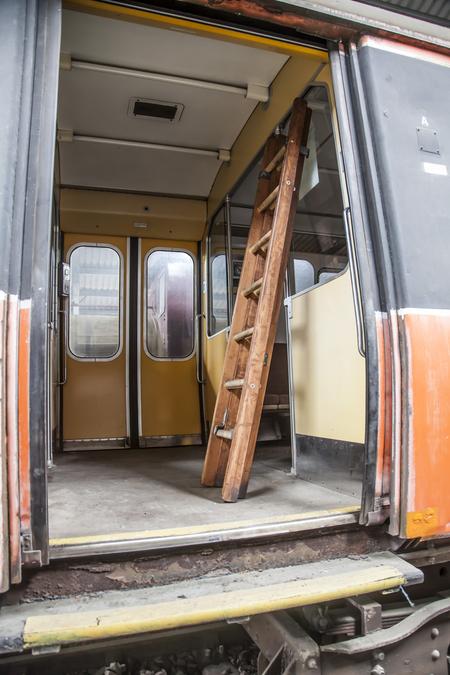 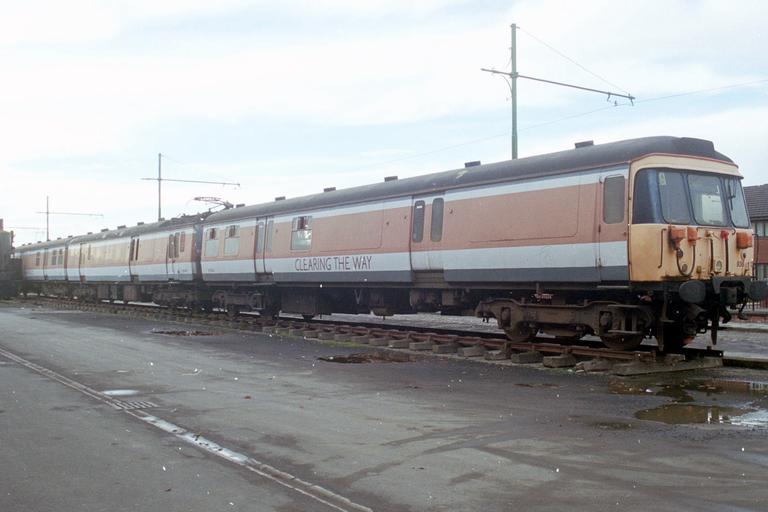 The Blue Trains were synonymous to the Glasgow area, Introduced in 1959 were considered to be some of the most modern trains in the country.

Built as 3 car units based on Mk1rolling stock the units also had sliding doors which made along with the 306/506 units were a unique design. 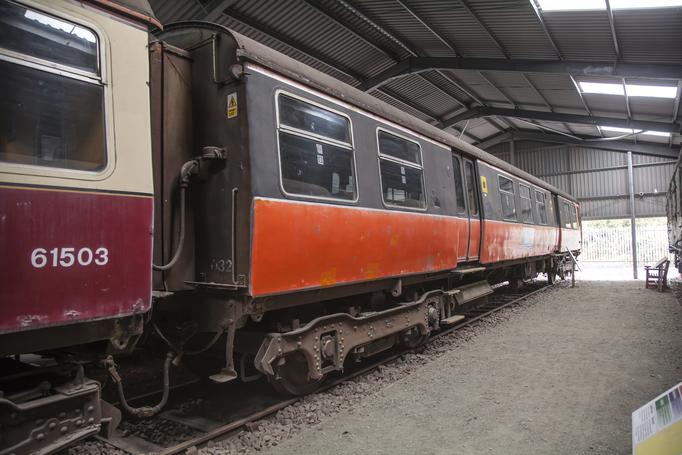 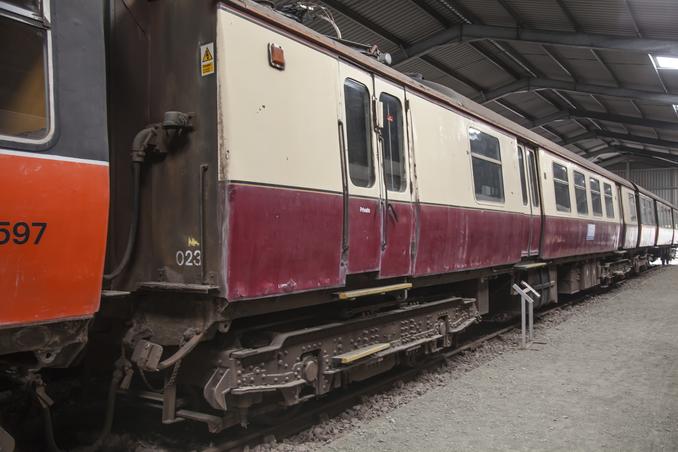 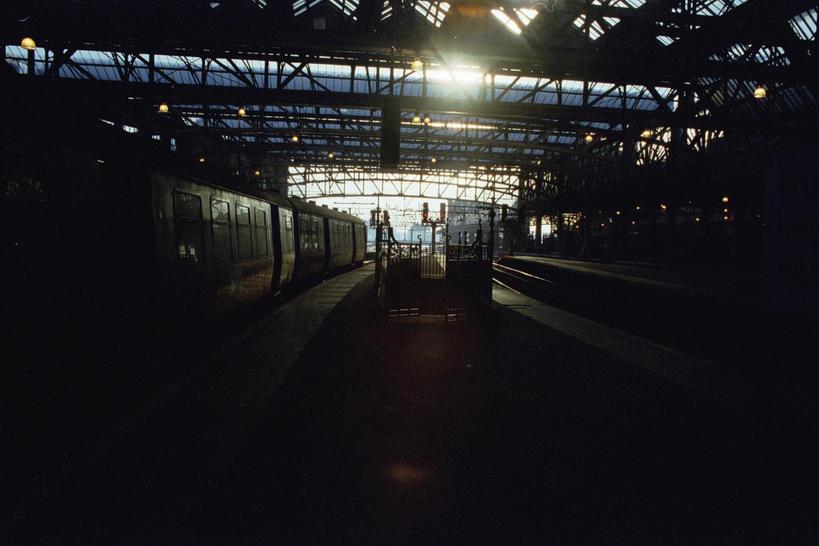 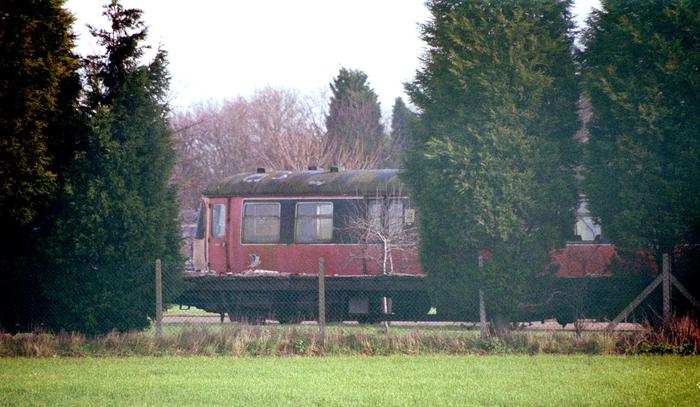 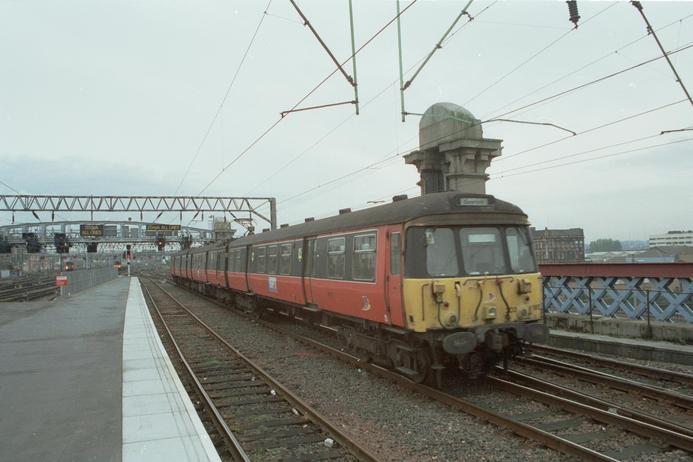 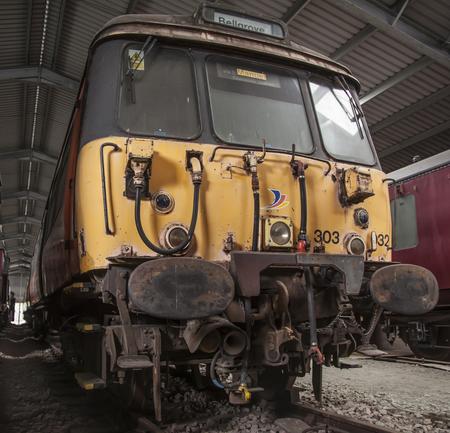 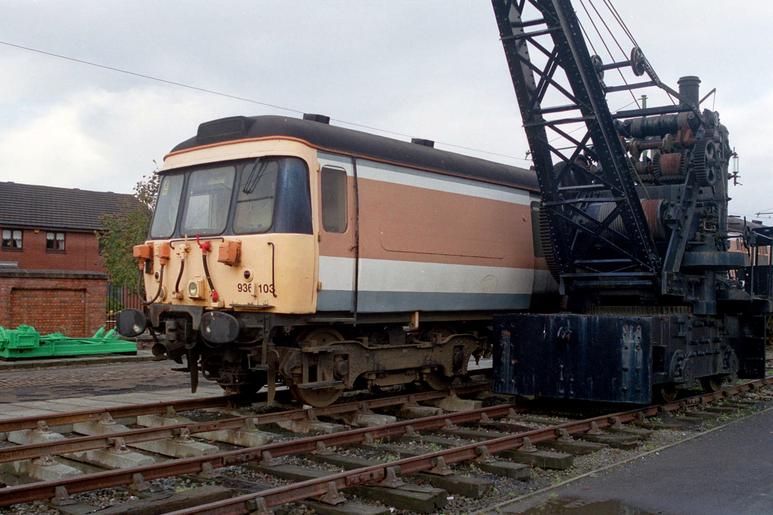 I visited Glasgow for the first time in 1999 where there were still a few units left in service, so I took as many shots as possible so here's a few of them 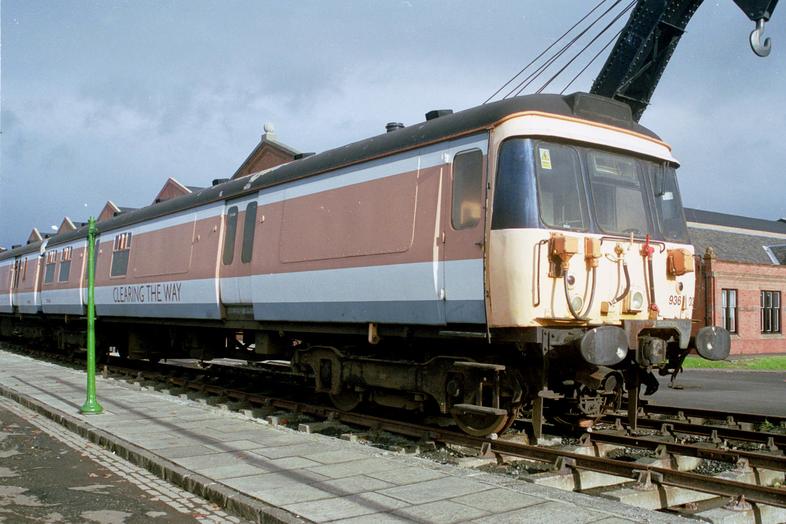 The two bottom pic's are the of the vehicle which is now scrapped.

There is also a another Driving Trailer from 303013 surviving which is at a Police training centre in Gravesensend in Kent, but sadly its impossible to get access to it 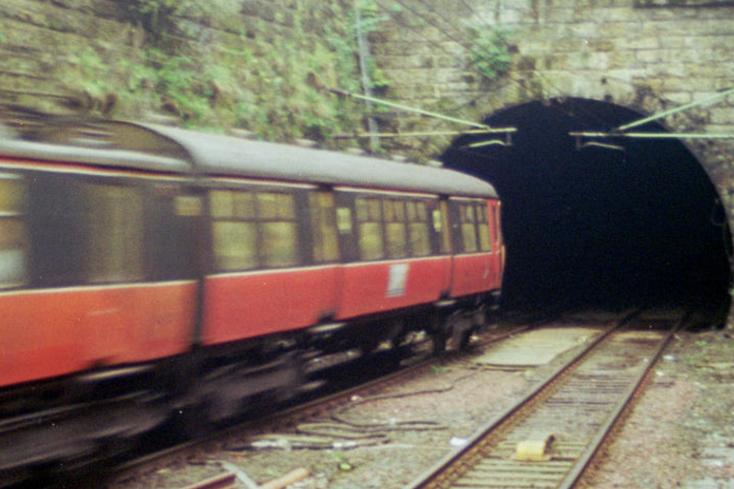 303011 is seen at entering Queen St Low Level station, I thought it was a bit too gloomy down there to get a shot but I got a reasonable shot 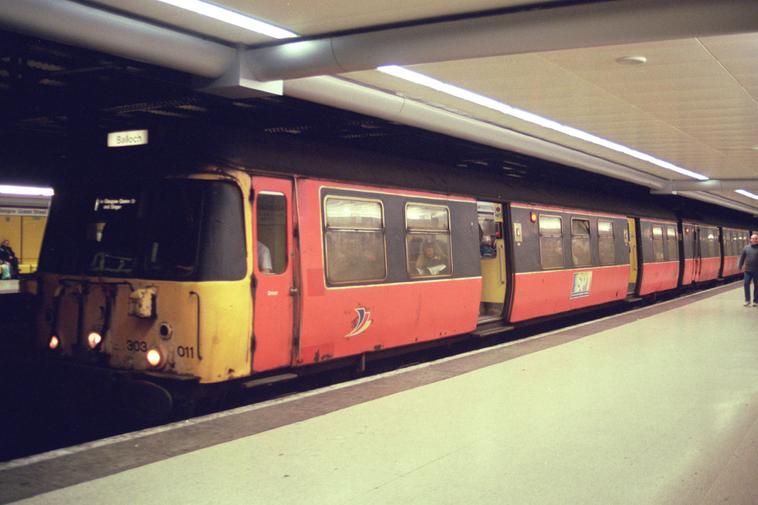 This is a series of shots of 303065 leaving Glasgow Central

When the units were scrapped they were sent all over the country and 303024 ended up at the MOD Base in Sheburyness in Essex. I managed to get these shots with a long lens through the fence 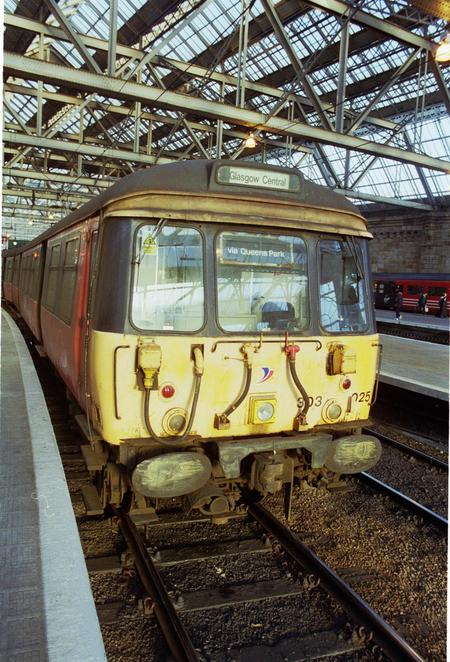 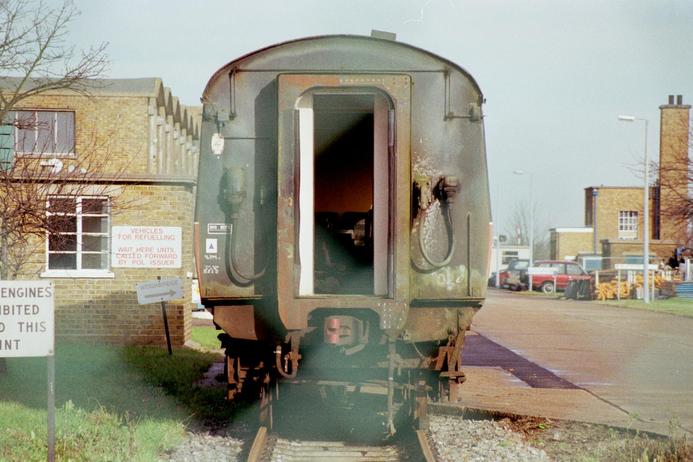 303025 catching the sun under the impressive roof at Glasgow Central 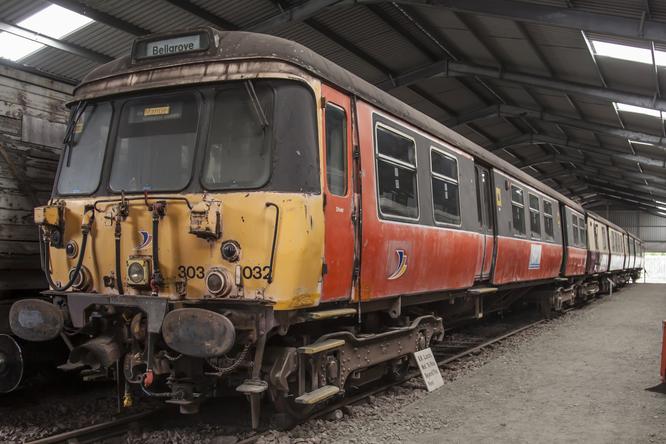 The Scottish Railway Preservation Society at Bo'ness has saved a unit and it is still in the condition it last ran.

When they saved it they got the best of the surviving vehicles so the driving trailers from 303032 and the centre motor car from 303023 was saved. 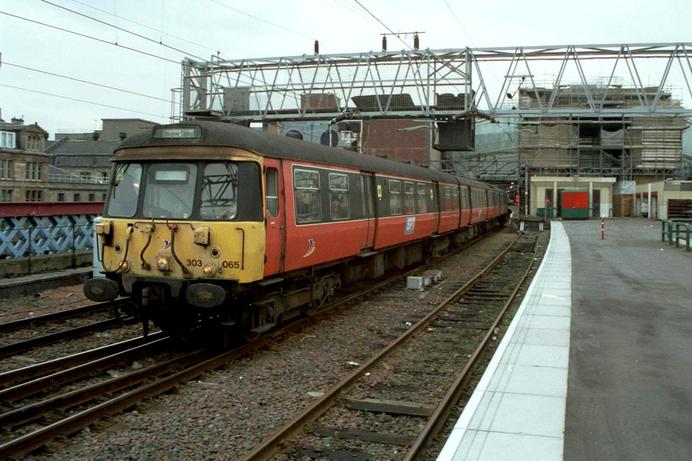 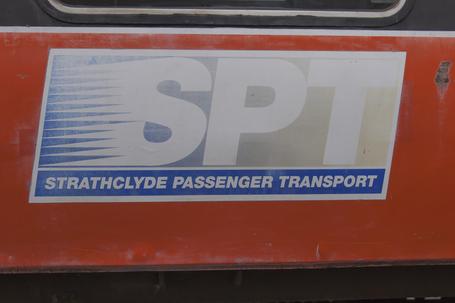 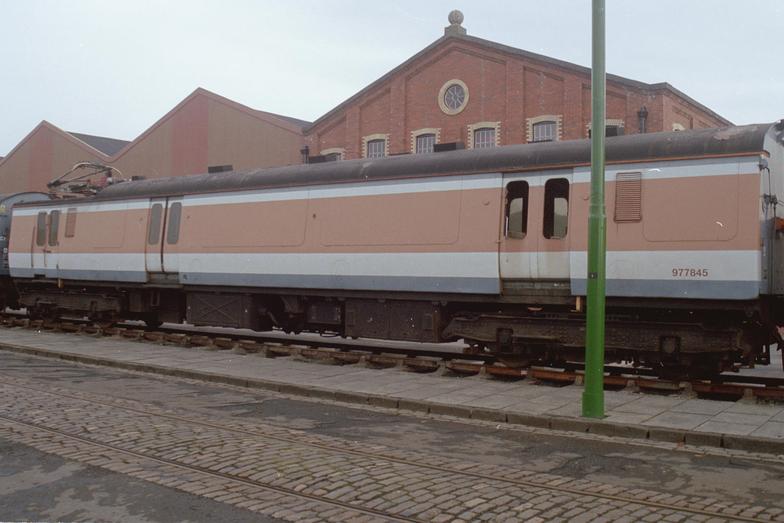 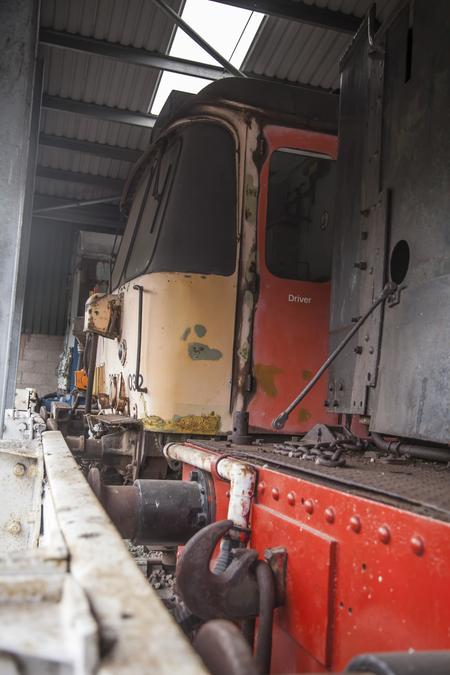