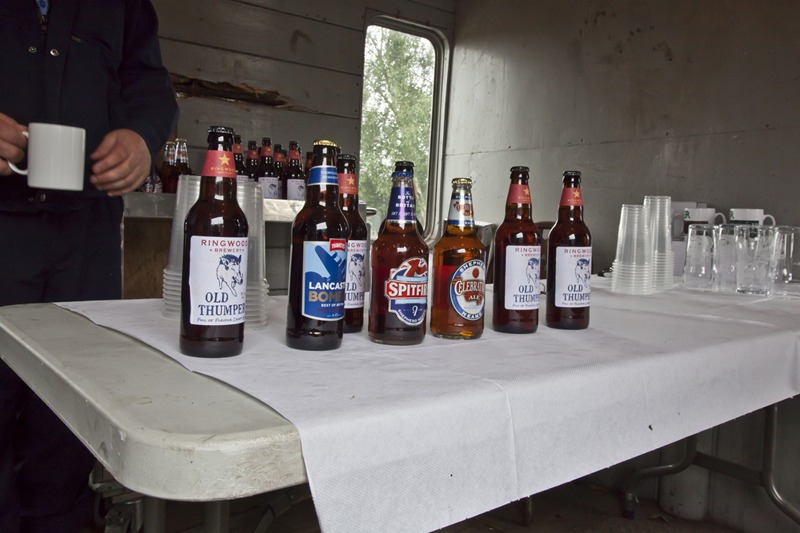 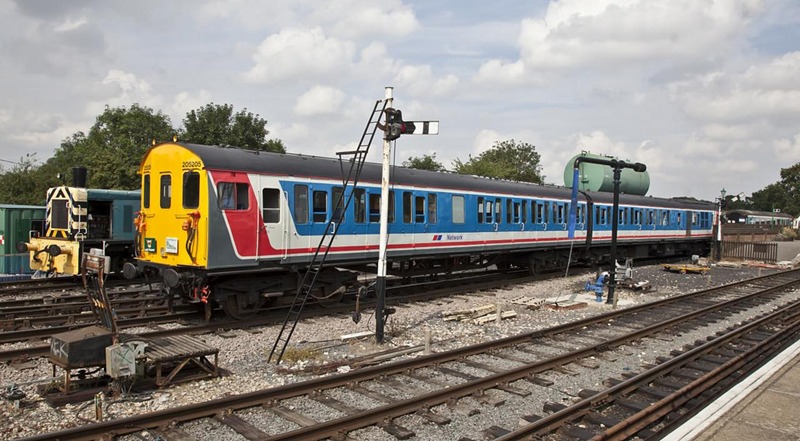 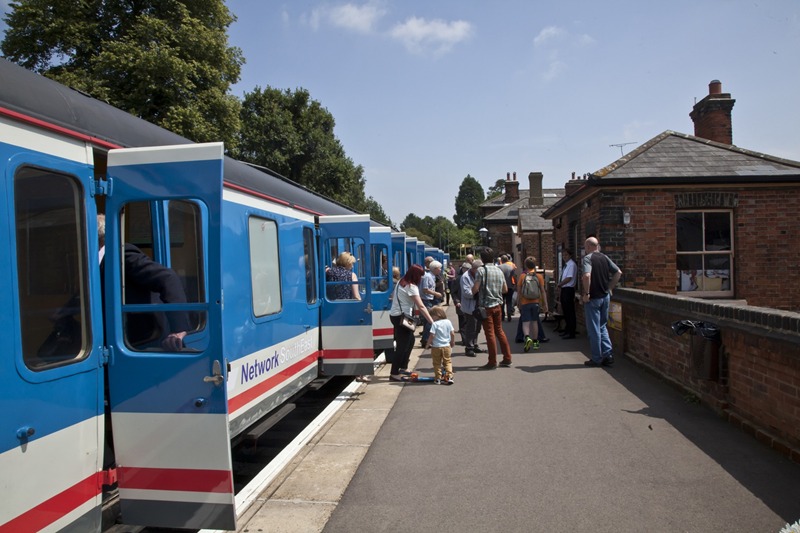 Arriving back in North Weald from Coopersale

The unit departs the bay on another trip to Coopersale

A bar was set up in the guards van and was selling the quite appropriately entitled 'Old Thumper' along with commemorative glasses.

Below is the timetable for the day

I would like to thanks Barry George and the team from the Epping Ongar Railway for making this an enjoyable and brilliant day.

For anymore information please check on the railways own website 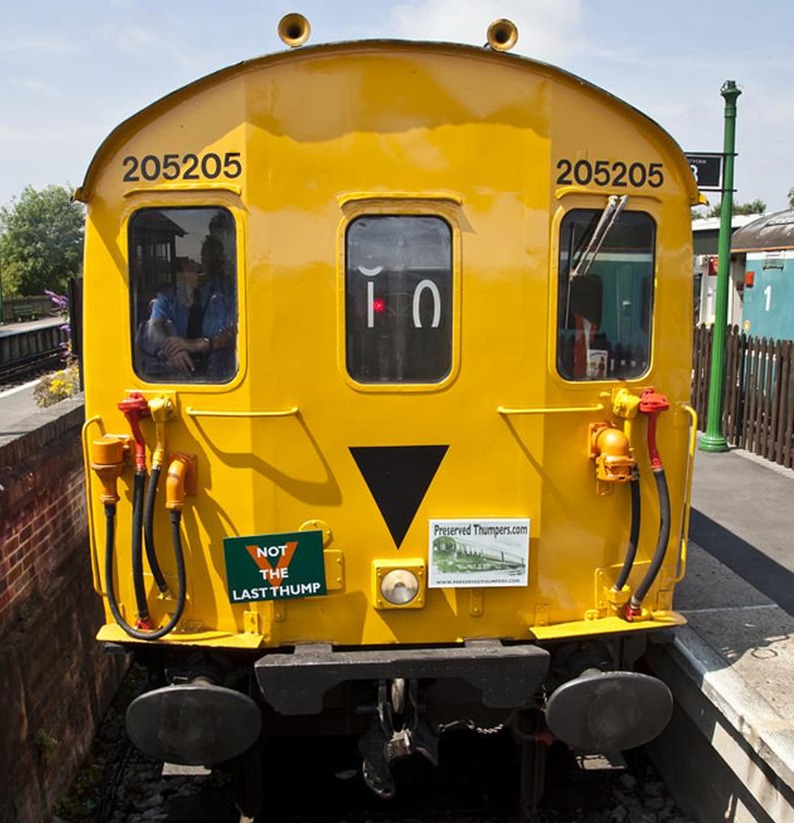 Arriving in the Bay, the headboards for the event can clearly be seen

At present the Railway cannot run as far as Epping and has to stop short at Coopersale. There is no platform here so the crews change ends and head back. If they run locomotives down here they normally propel back to North Weald. 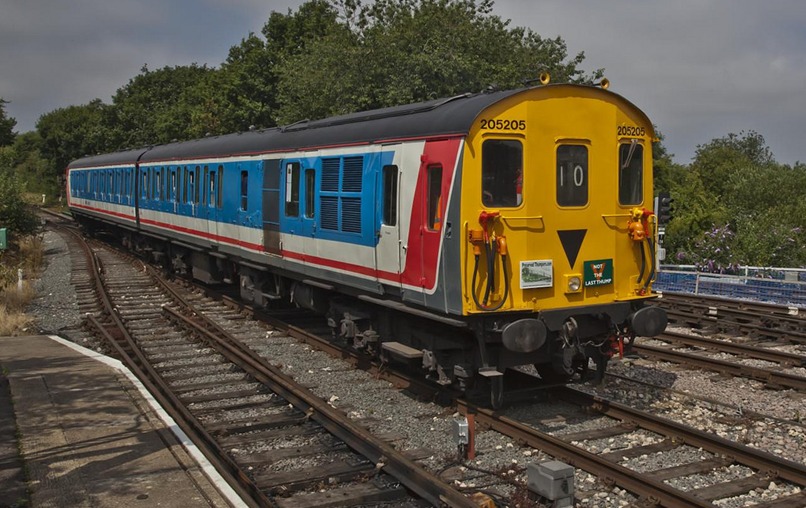 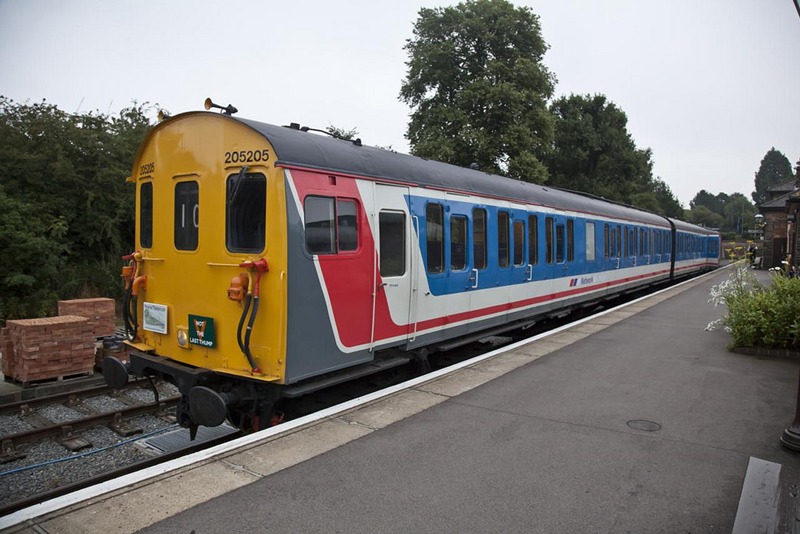 At North Weald there were quite a few passengers waiting for us and after a quick turnaround we headed back to do the full length of the line, all the way down to Coopersale; but this time I was invited into the cab

Not The Last Thump

This was the second of our events in the 'Not the Last Thump' series and what a cracker it was.

​The unit involved was the unique 205205 and looking fantastic in its 1980's network South East Livery.

I got there just in time for for the first departure of the day from North Weald to Ongar. This was lucky as I had the headboards for the day in the back of my car. After meeting up with Barry George who is responsible for the unit we jumped on board and enjoyed the sound of a 4SRKT thrashing along the line. 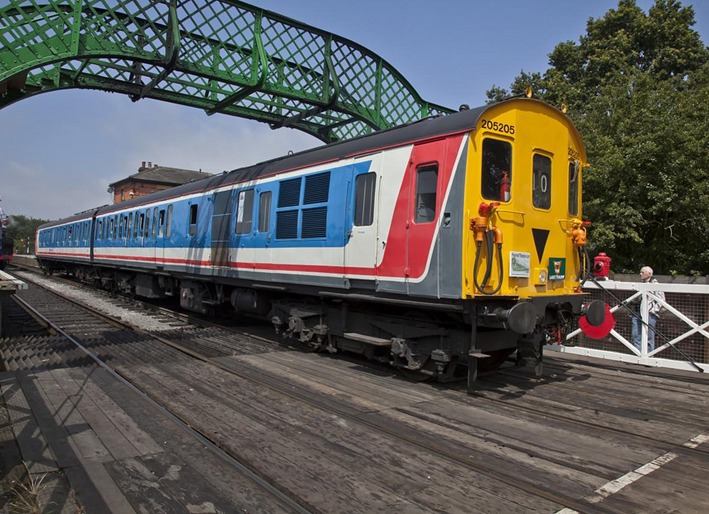