I would like to thanks the East Kent Railway and all the Thumper Crew  for giving everyone an excellent memorable day and we are looking forward to working with the guys next year.

​Article and images by Amy Adams 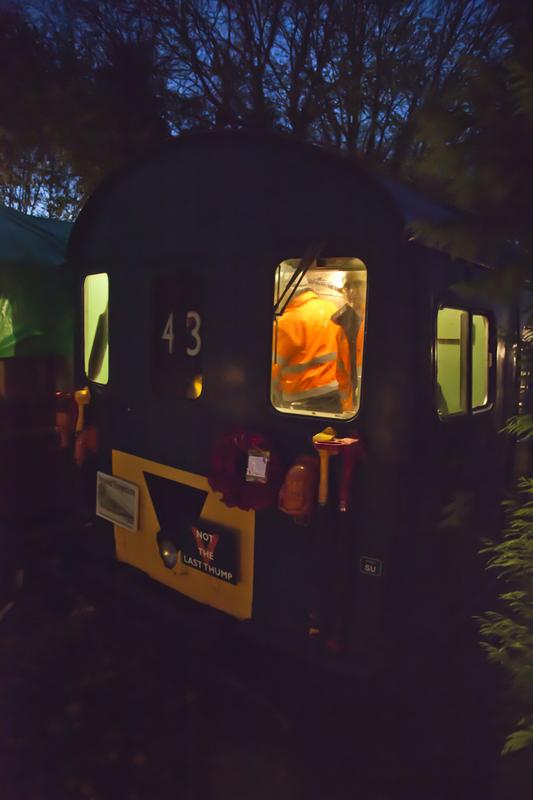 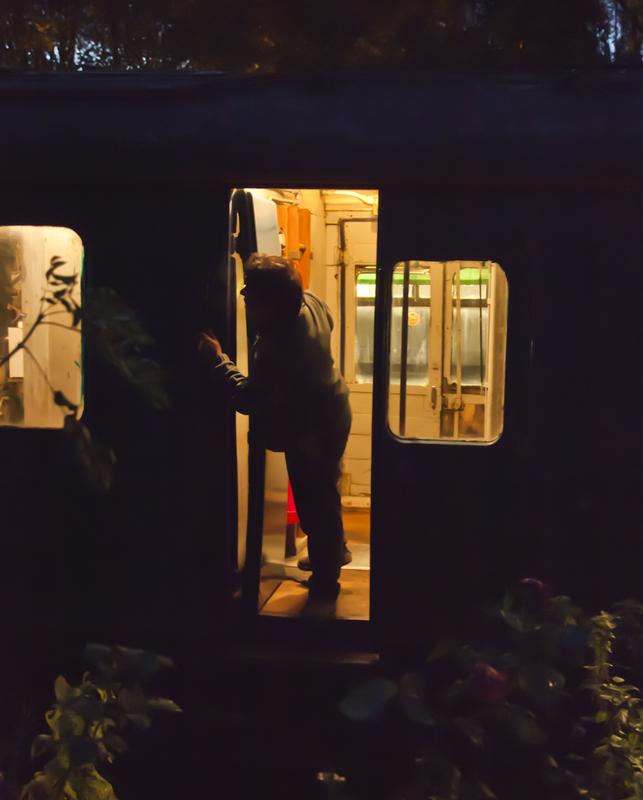 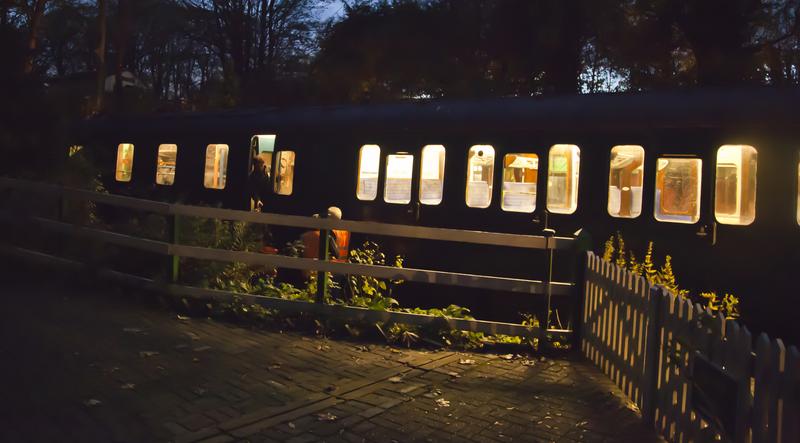 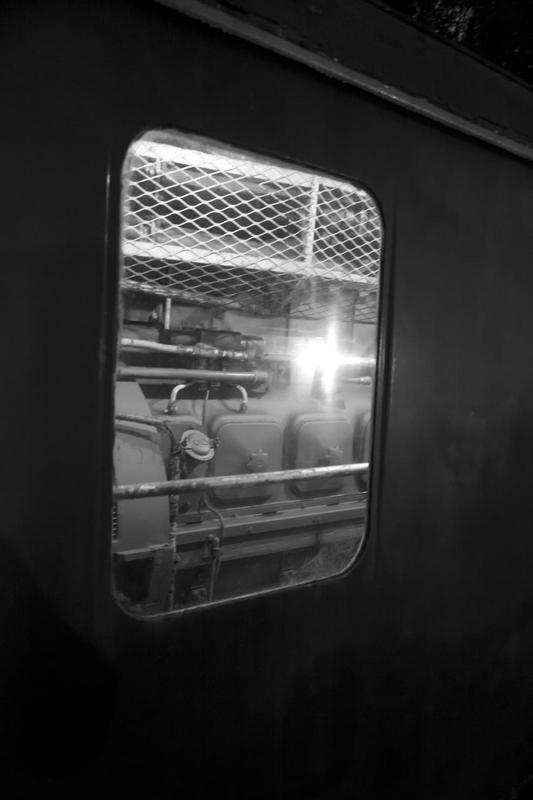 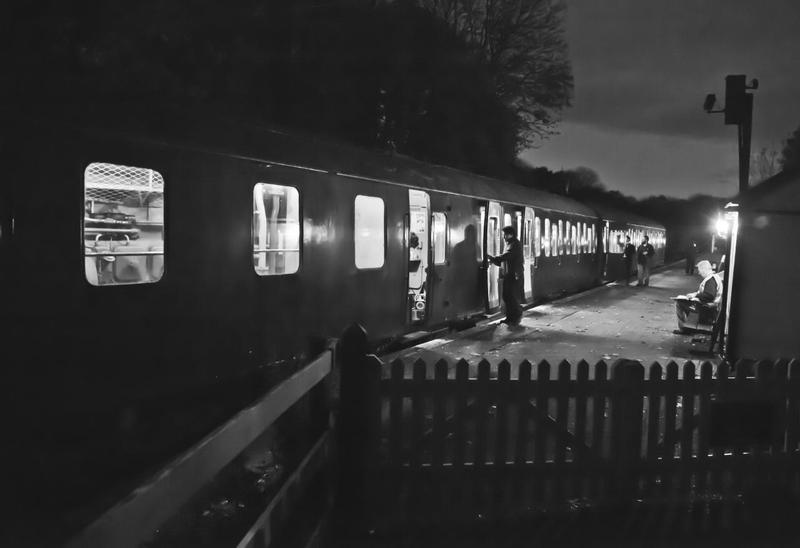 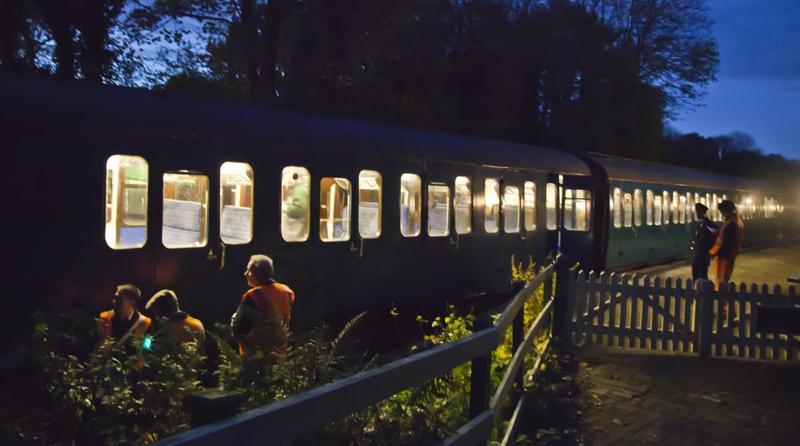 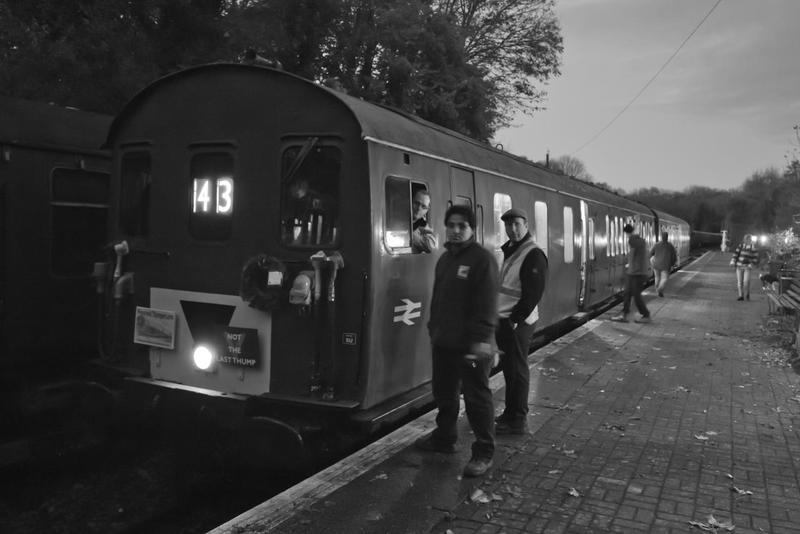 Eyethorne station at dusk, this was taken when we headed north to Wigmore Lane, the cafe is located in the Southern Utility Van. 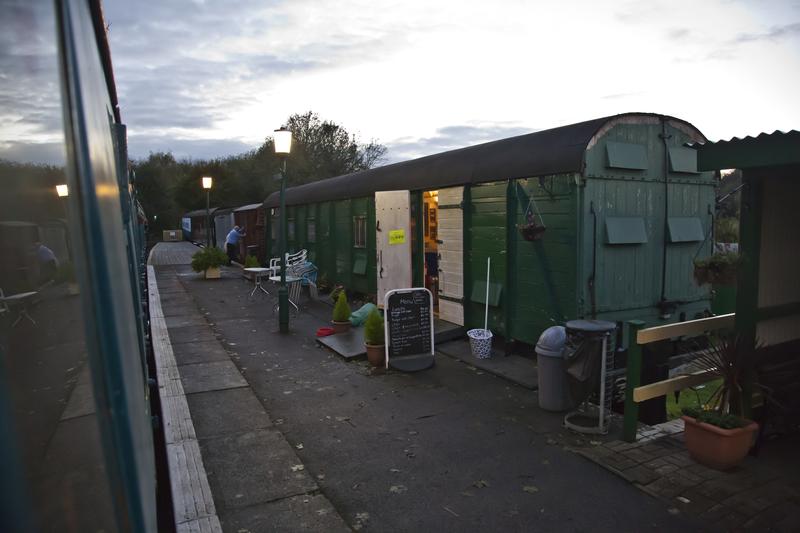 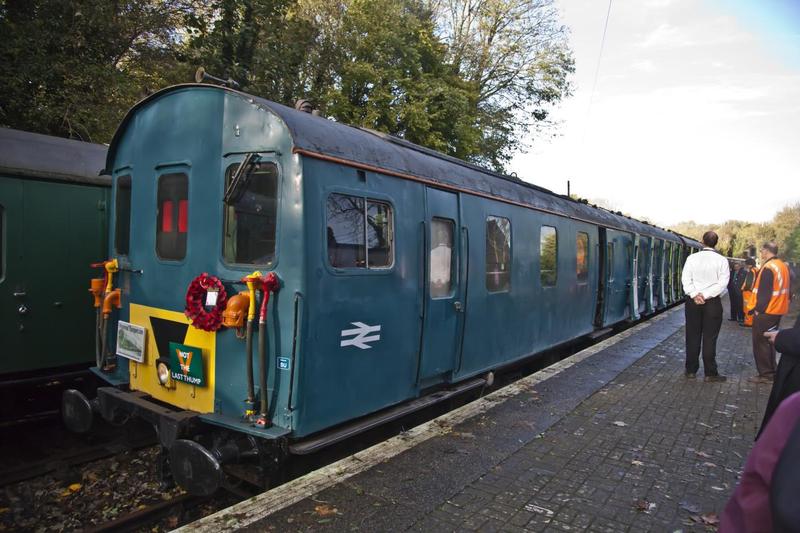 The images above show the unit repslendent with Wreath and Headboards sat to Eyethorne.

Below is a few shots showing the Station at the main base of the line, Shepherdswell. 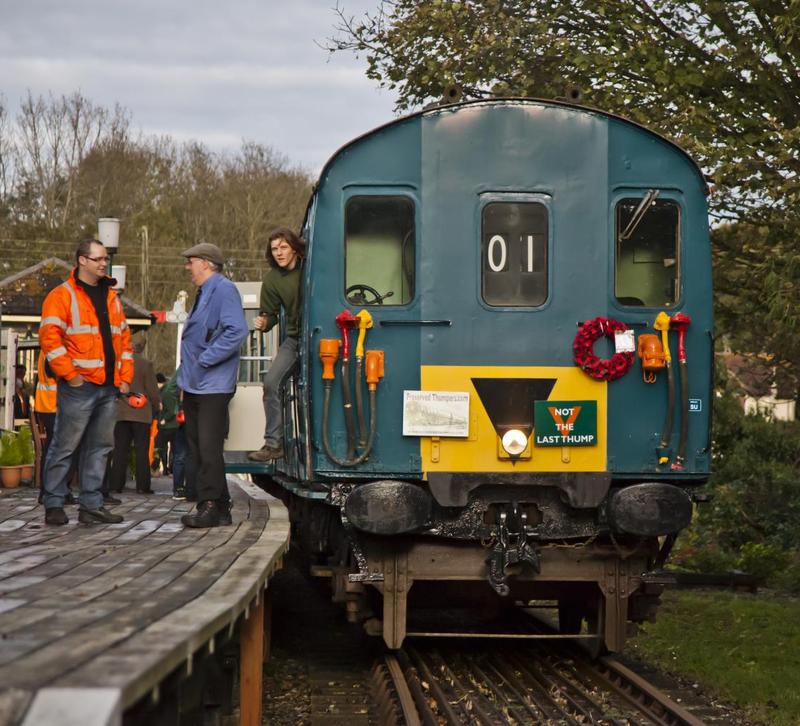 Sunday 9th November was the last day in our 'Not the Last Thump' series of events, it was the closest running day to the 10th anniversary of the final tour which was held on 27th November 2004.

The 9th was also Rememberance Sunday so fittingly Unit 1101 carried a wreath on the front.

The first train of the day departed Shepherdswell at 10:45 with a planned One Minute silence at Eyethorne.

Sadly due to traffic problems and the A2 Road to Dover being closed I missed the first departure so I got to Shepherdswell as the unit was arriving from its first trip.

As I had brought the headboards down with me we had the sight of the unit with just a wreath on the front, the train crew quickly took the headboards and put them on the motor car which is the end the wreath was attached.

We set off and as the train was pretty full I was asked if I wanted to have a ride in the gaurds van which is located next to the engine room so we had the sound of a 4 SRKT at full thrash heading up the bank out of Shepherdswell then a couple of minutes later we entered Golgotha Tunnel with the engine still on full thrash.

​A little while later we entered the other station at Eyethorne, this is a small station capable of holding a 4 coach train and in a former Southern parcels van is a lovley little cafe.

From here the line crosses the the road and heads north to Wigmore Lane but there is no station there and the line isnt often used. The normal use for this section of line is on gala days where it is used for brakevan rides.

When it was time to depart I was summoned in to the first class compartment by some of the train crew, the first class on this unit is still undergoing restoration and still needs some work done to it before it is officially passed for passenger use. This was the first time in preservation that anyone has travelled in this compartment, so a big thanks tot he guys for letting me experience this.

Over the next few trips the train was busy as it was the weekends 40 Shilling Special where they were only selling return tickets for just £2, there were many people we saw on earlier trip so they must have purchased more tickets just to have multiple thumper rides.

When we got to the last run of the day it was decided to run up to Wigmore Lane and to do a non stop run from there all the way to Shepherdswell.

I was asked if I could film the trip so I got into First Class as it was quiet, apparently this was the first time the unit has done a non stop trip over the entire length of the line. 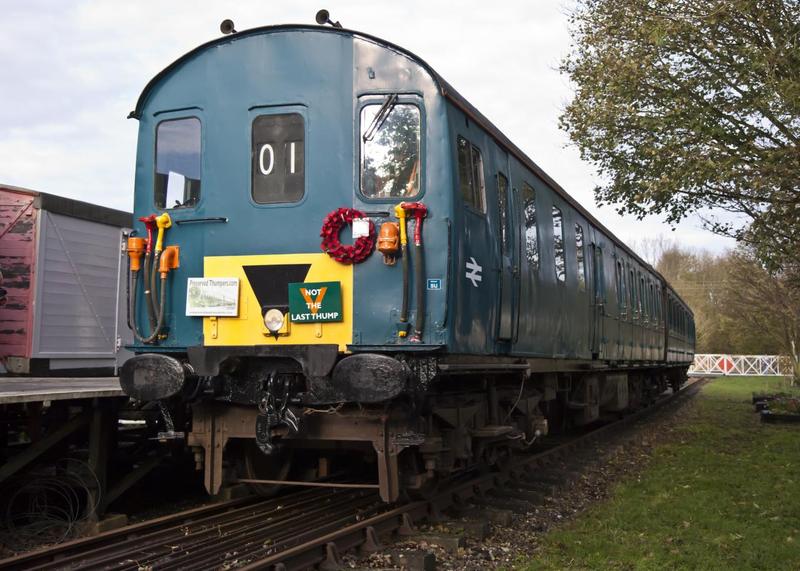 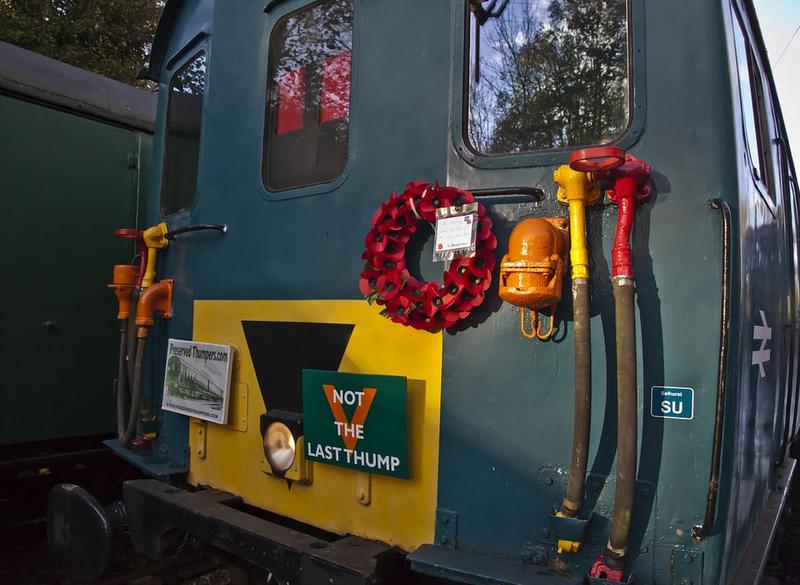 Above is the video I made which is on YouTube which shows the non stop run from Wigmore Lane to Shepherdswell.

Josh and Craig are some of the East Kent voulenteers are seen enjoying a ride in First Class, this is hoped to be available for service during 2015 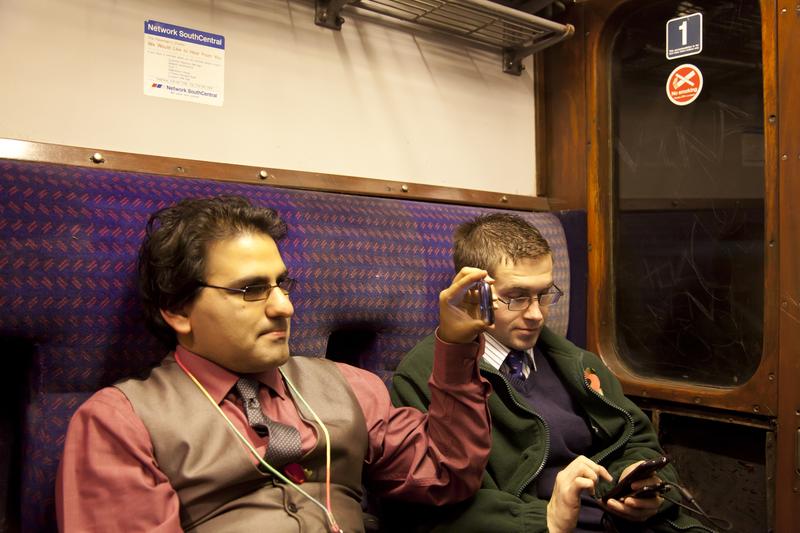 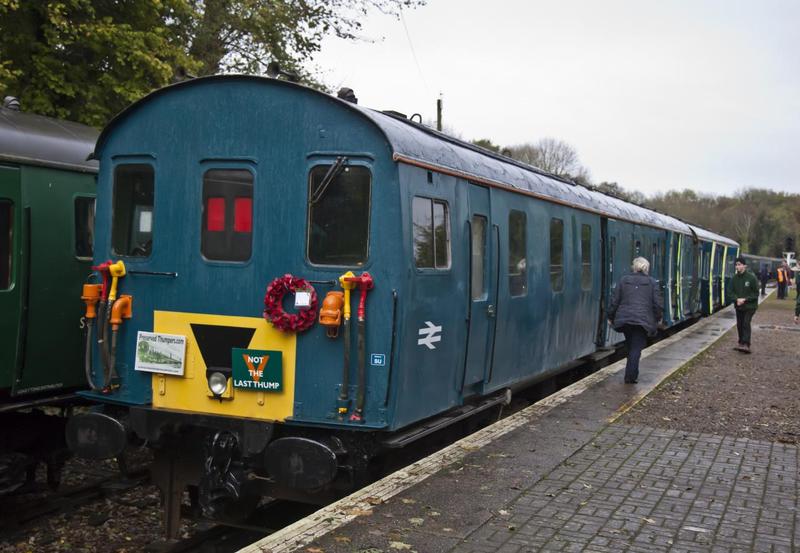 Not the Last Thump