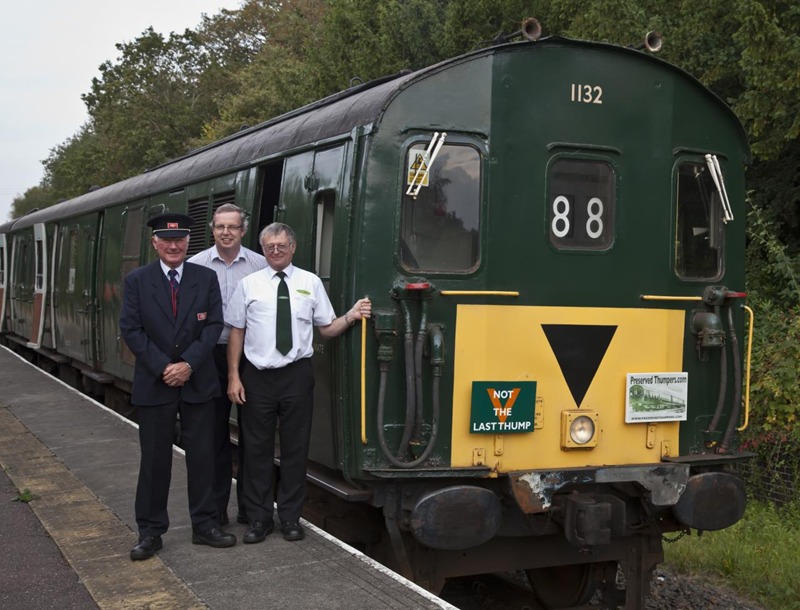 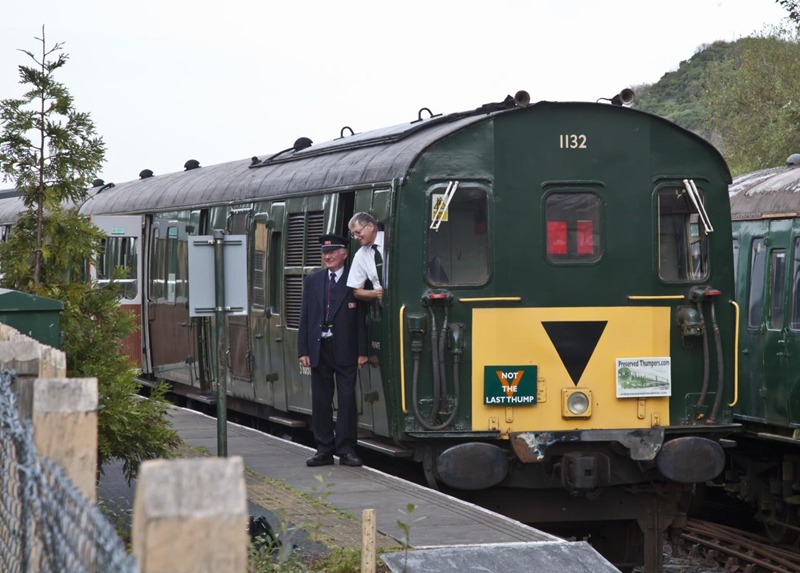 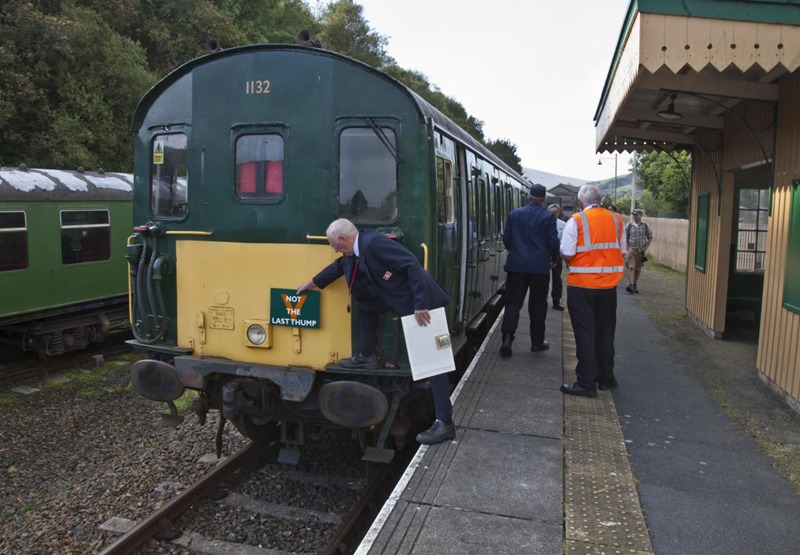 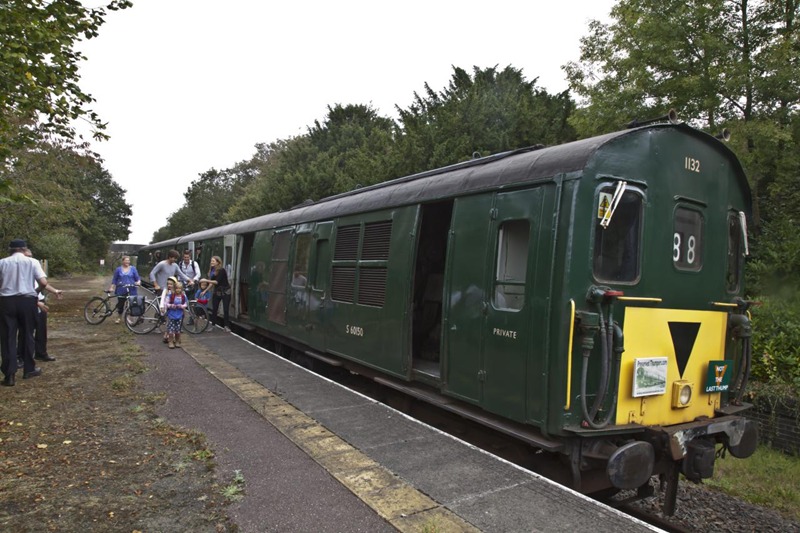 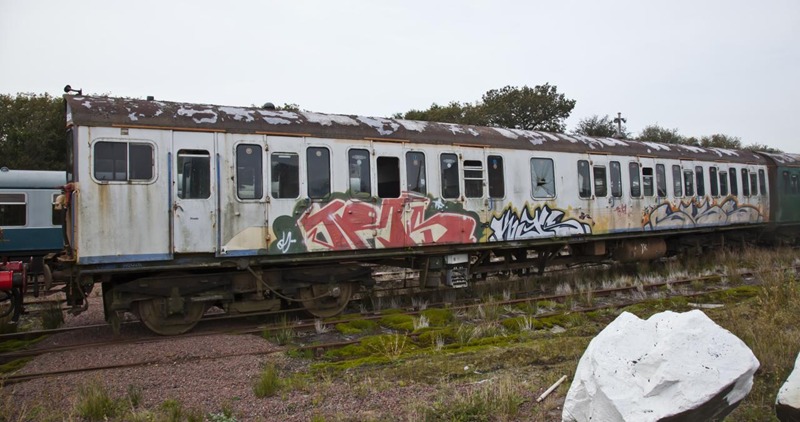 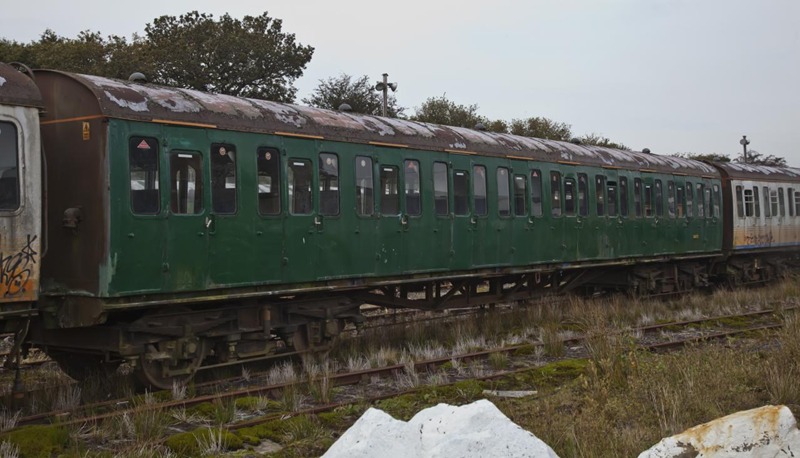 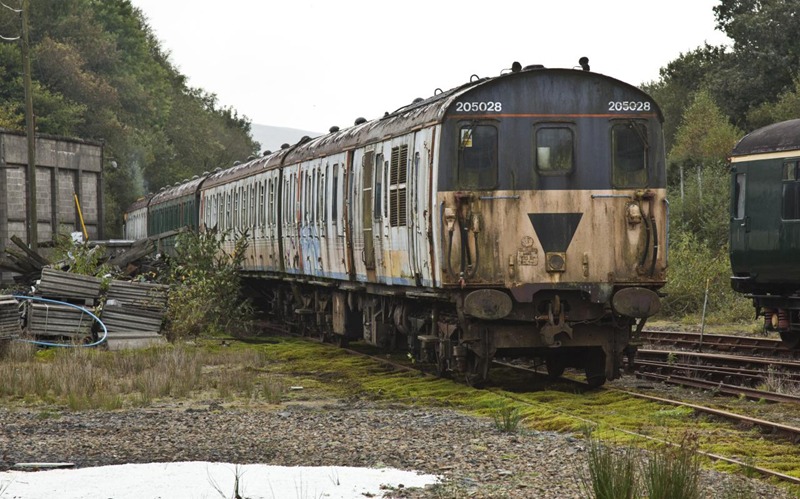 1128 in rather forlorn condition heads out of the quarry sidings, it may look in a poor condition but the bodywork is quite sound and restorable.

The result of all that hard by (by Peter not me) is two Class 205's together.

We think that this may be the first time in preservation that 2 complete units have been photographed together.

Images of the other vehicles in the formation are below 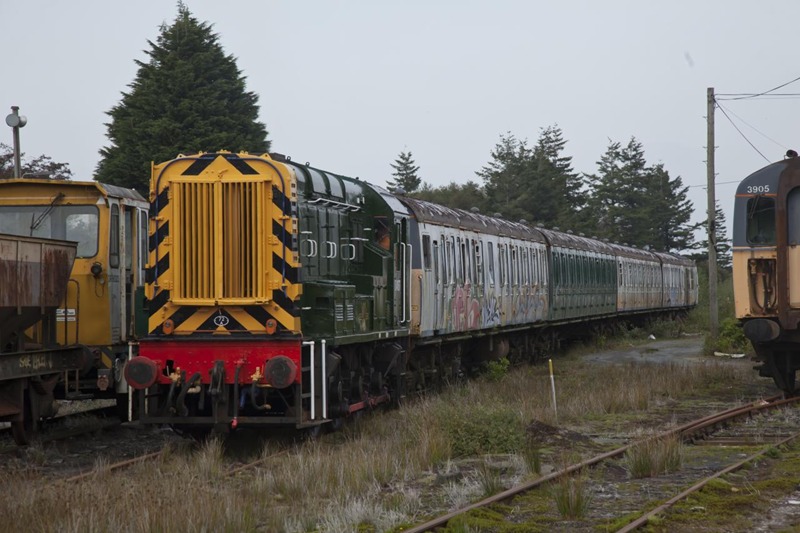 Back at Meldon we went over to the 08 D4167 and shunted the EMU vehicles into a siding I then jumped off so I could get shots off 1128 coming out.

After getting back to Okehamton we had a bit of a break where I was able to get a number of shots of 1132, then I was told that after lunch we were going to have another go at getting 1128 out of storage 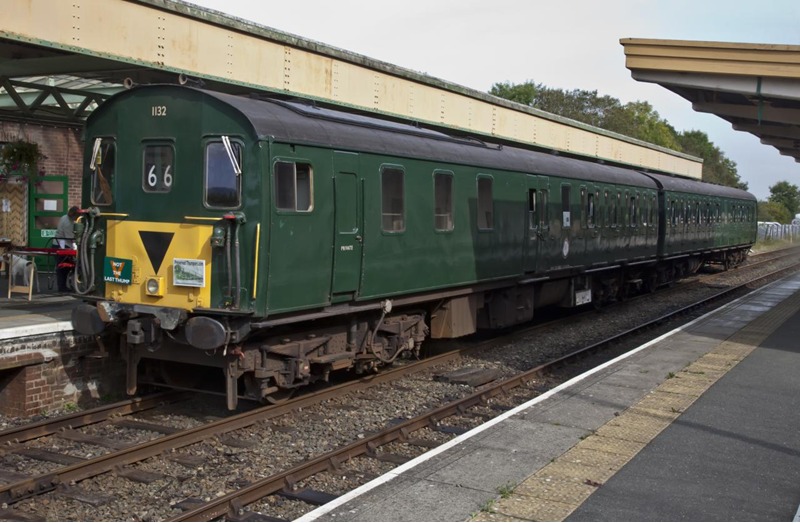 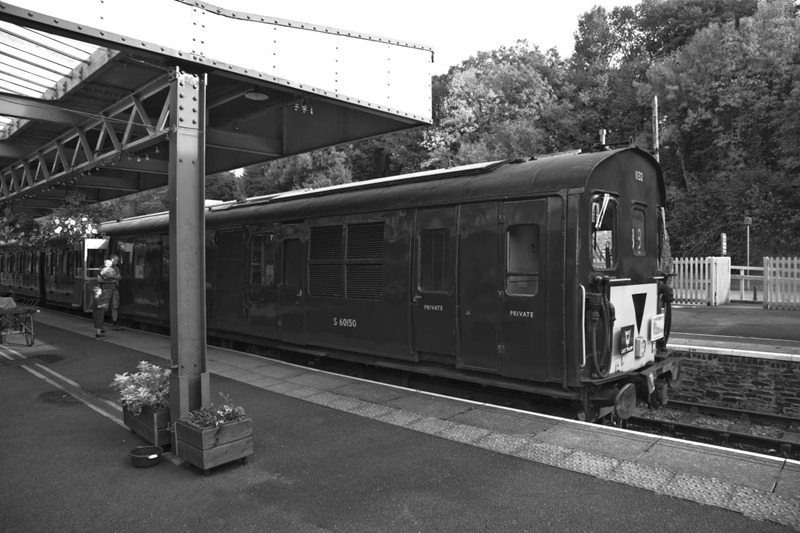 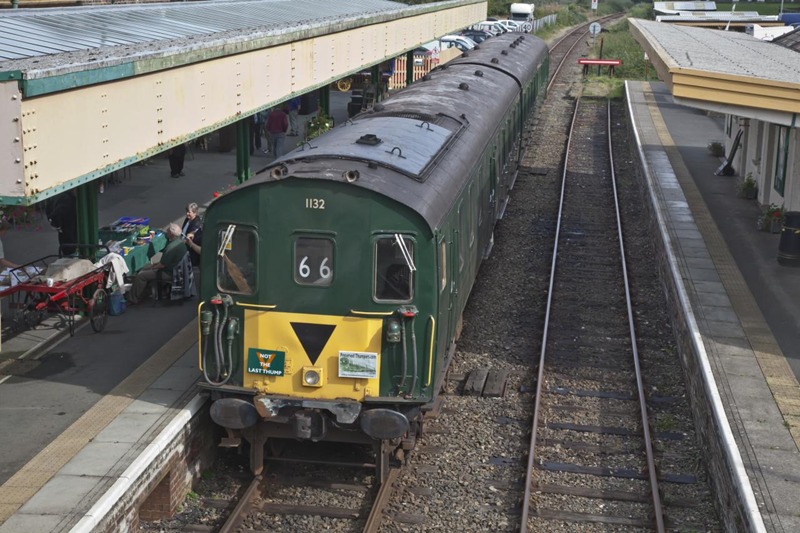 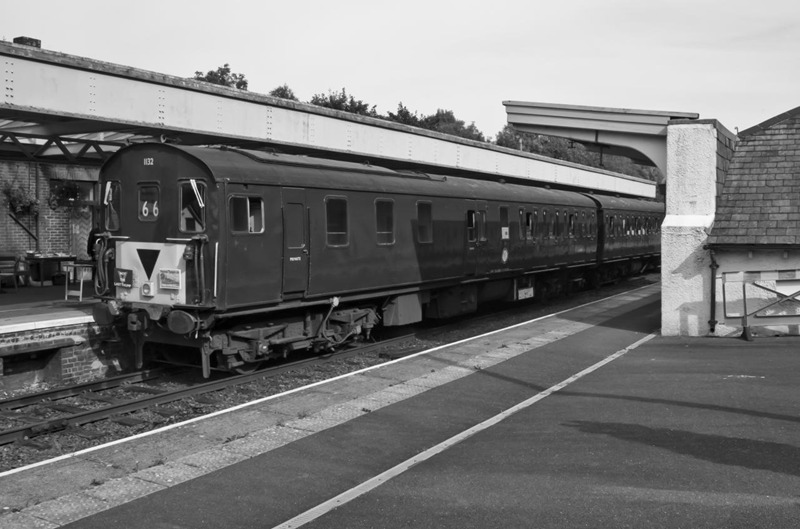 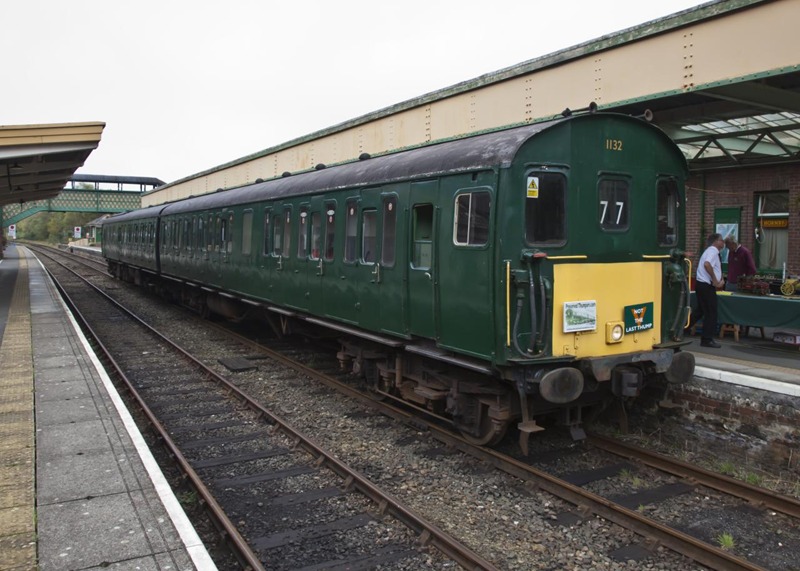 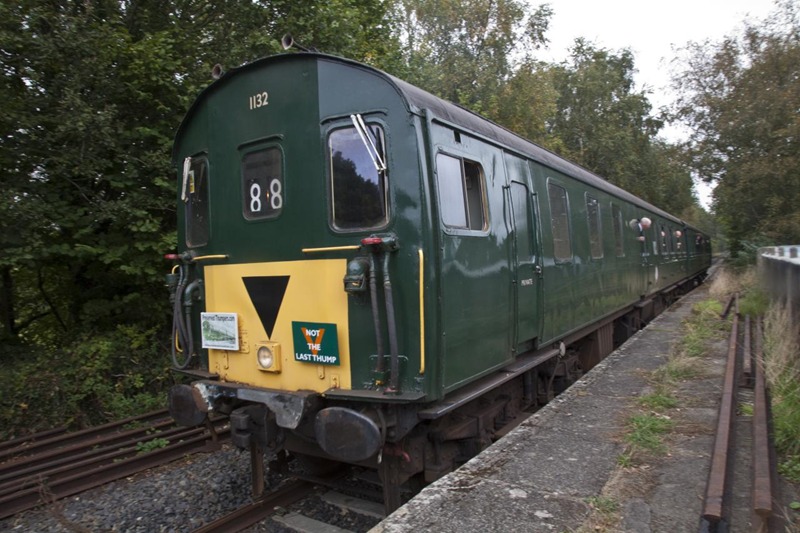 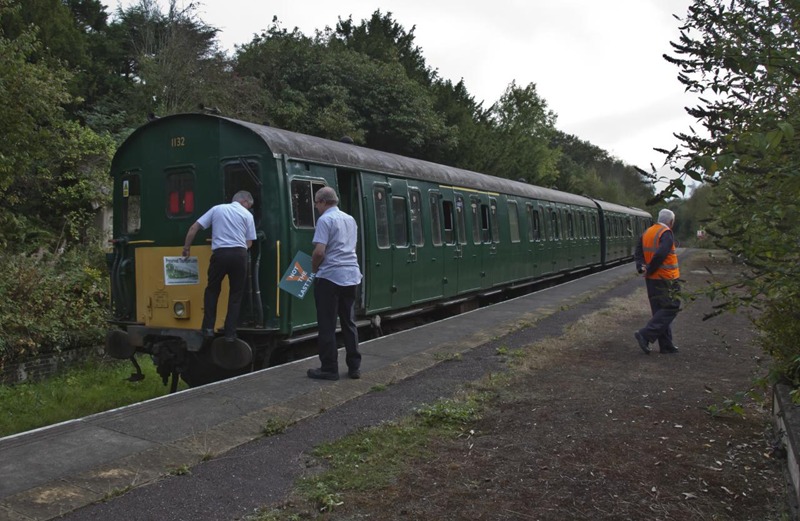 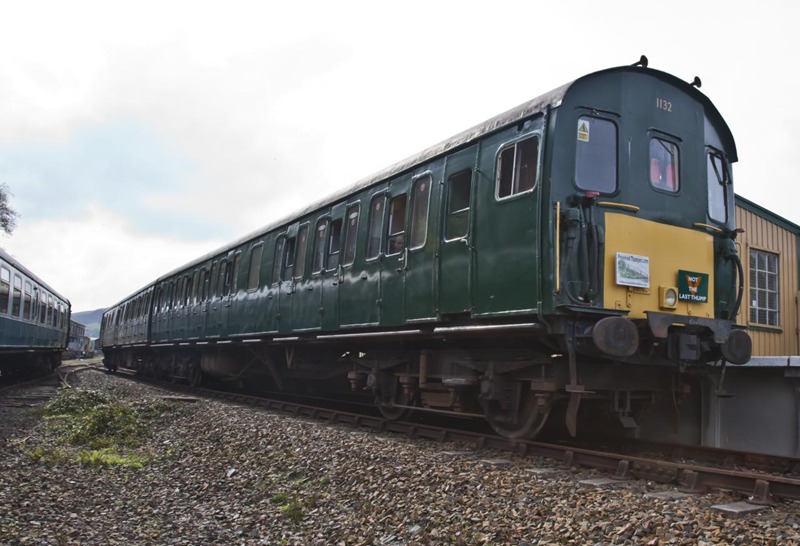 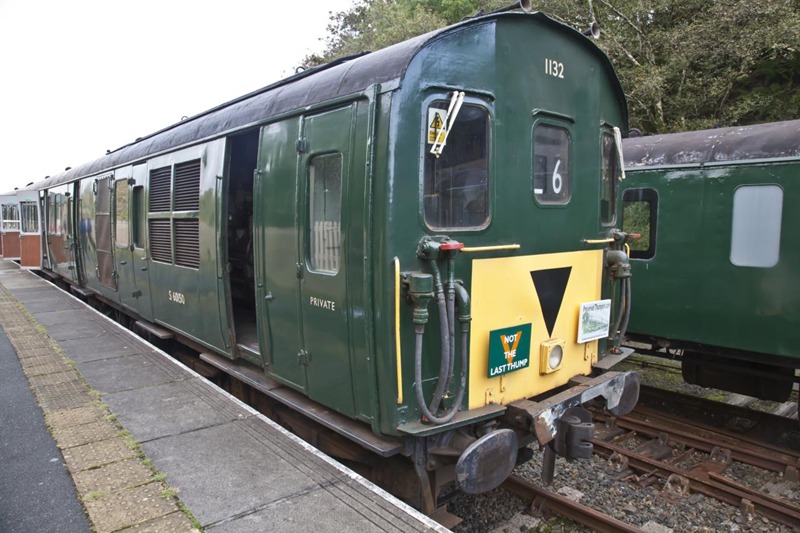 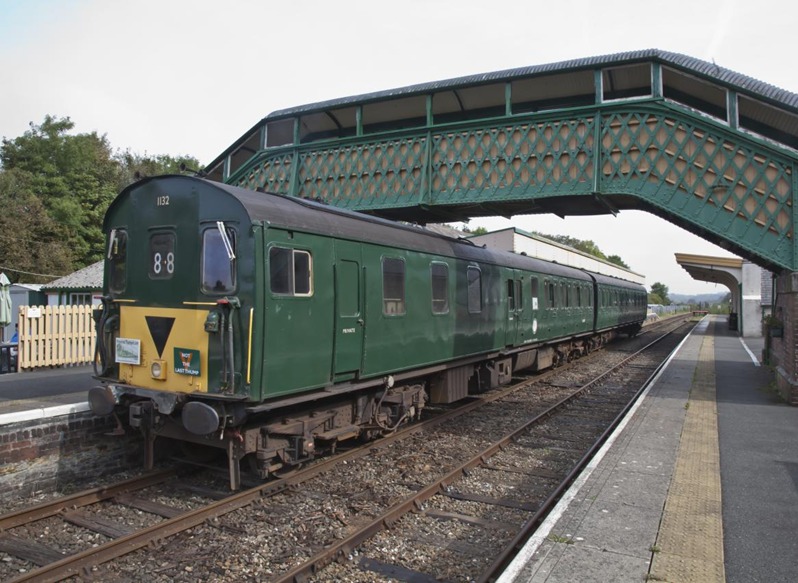 After returning to Okehampton we had a short break before heading onwards through Stampford Courtenay and Bow until the network Boundry at Coleford Junction which is just past Yeoford which is on the Barstable line.

The line at this point could be accessed as it is shared with First Great Western and is available for use when they are not running their summer service. After a quick turnaround we headed back to Stampford Courtenay where we had chance to swap the headboards round.

In total we had three trips down to the network boundry which is a distance of around 15 miles from Meldon.

The 28th September marked a big day for the Dartmoor Railway, not only was it the lines turn to host "not the Last Thump' but it was also tinged with sadness as it was the last running day of the year and 1132's last running day as it has to be withdrawn for maintainence which will take about two years.

When I got to Okehampton the station was all a bustle as there were displays being set up on the platform of model railways and Meccano, but there was no Thumper in sight.

After chatting to some freinds 1132 came rolling into the platform on an empty stock move.

When it came to to a halt I had a chat with Nigel the driver who gave me some more sad news that they couldnt get 1128 the lines other thumper out of the sidings, 1128 is the lines other unit but has been in long term storage at Meldon but he also said they would have another attempt later in the day.

It soon became time to depart on the first service of the day to Meldon Quarry, there are some severe gradients and the unit has to work hard to get up there, halfway up the line the A30 duel carriageway crosses the line at an accute angle and in effect makes a long tunnel. At this point the unit was opened up giving the full sound effects of a Thumper

Not the Last Thump

1132 at the Dartmoor Railway

The Crew for the day.

I want to thank all these guys for giving us all a brilliant day and we are looking forward to another thumper day next year.

Your probaly thinking how can we have a thumper day next year with 1128 being unservicable and 1132 undergoing maintainence well all I can say is 'Watch this Space' ;-)

For more info have a look at the Dartmoor Railway Supporters Association website. 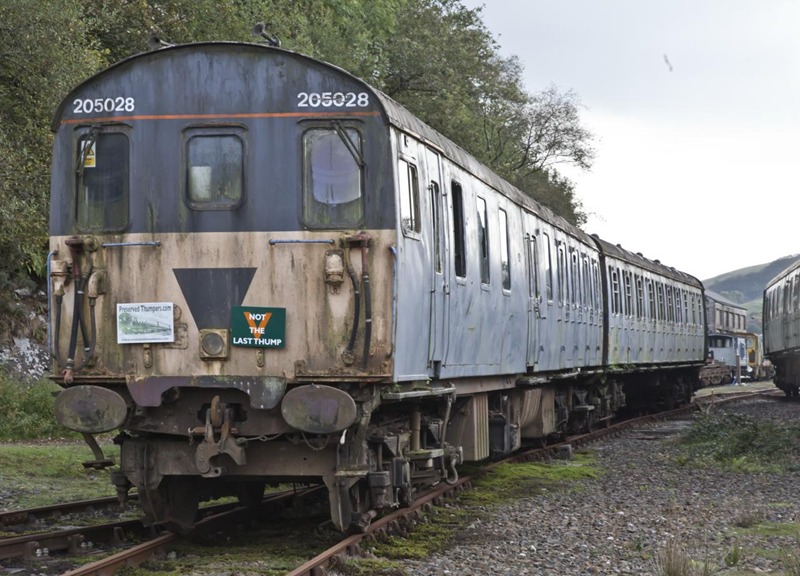