Like many other vehicles from the unit it is still at St Leonard's waiting to be restored. 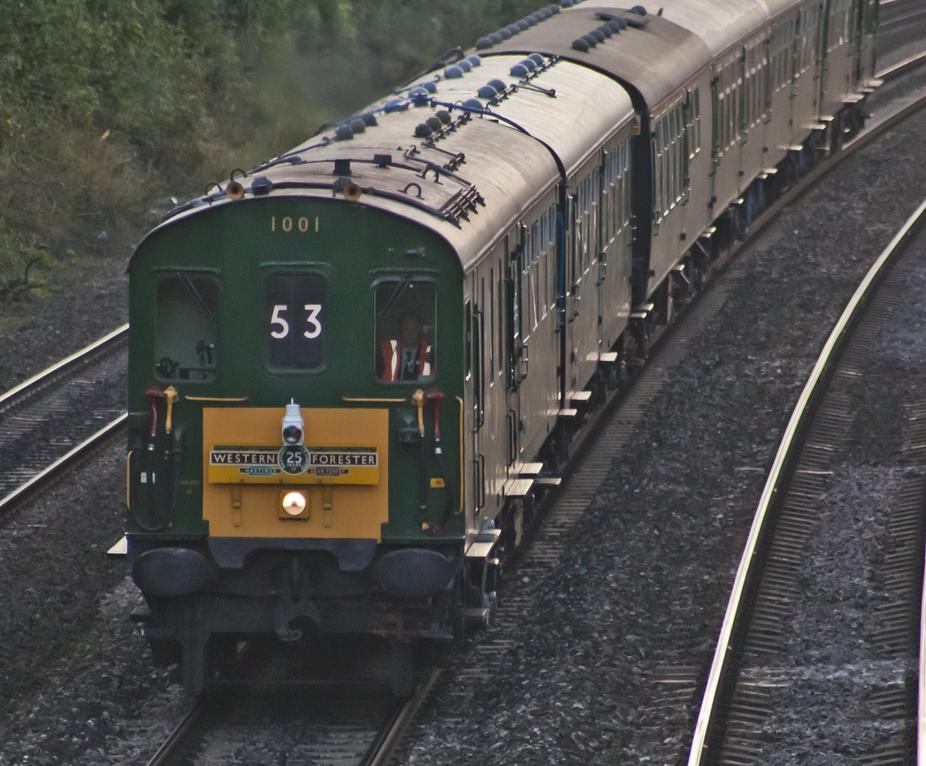 In the late 80's/ early 90's before the the preserved unit entered service on the main line a three car unit ran on the Swanage and Kent & East Sussex lines.

The trailer was 60527 which had a very quick repaint before re-entering service and apart from that is still in withdrawn condition.

The next vehicle which will appear on the main line is 60528 which is seen at St Leonard's in 2012 nestled alongside spare engines. 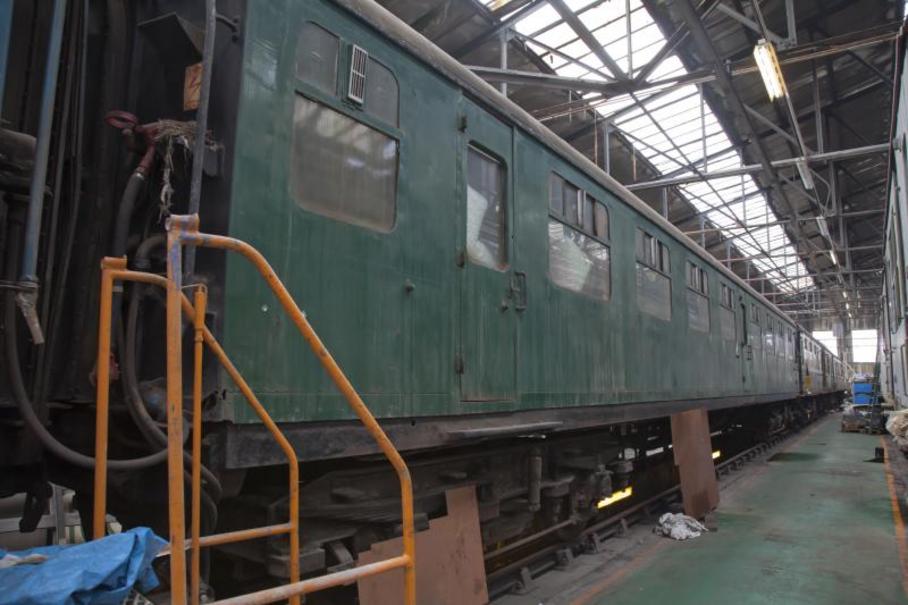 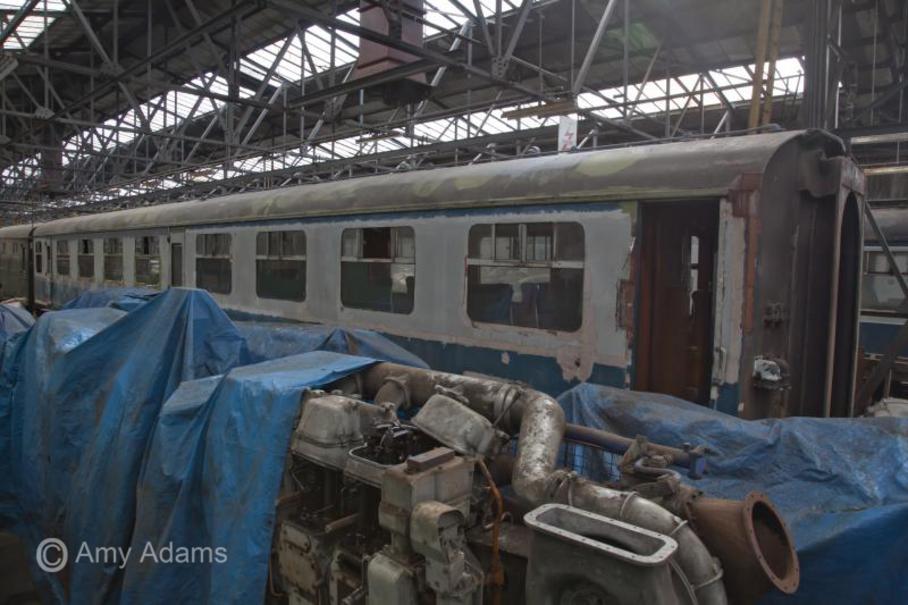 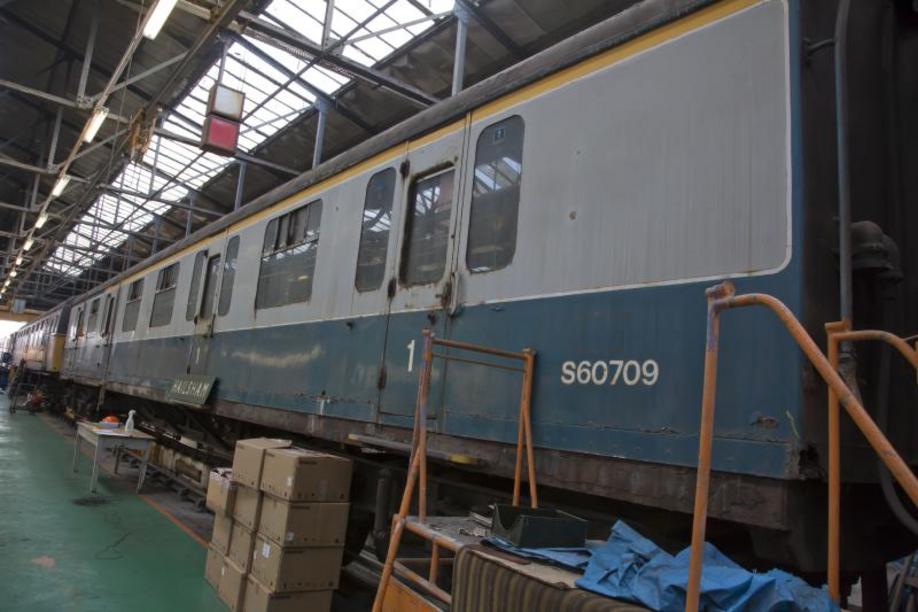 60018 is now part of unit 1001 and often runs on the main line, it is seen here approaching Tilehurst near Reading in 2012 on a return from a trip to the Dean Forest Railway. 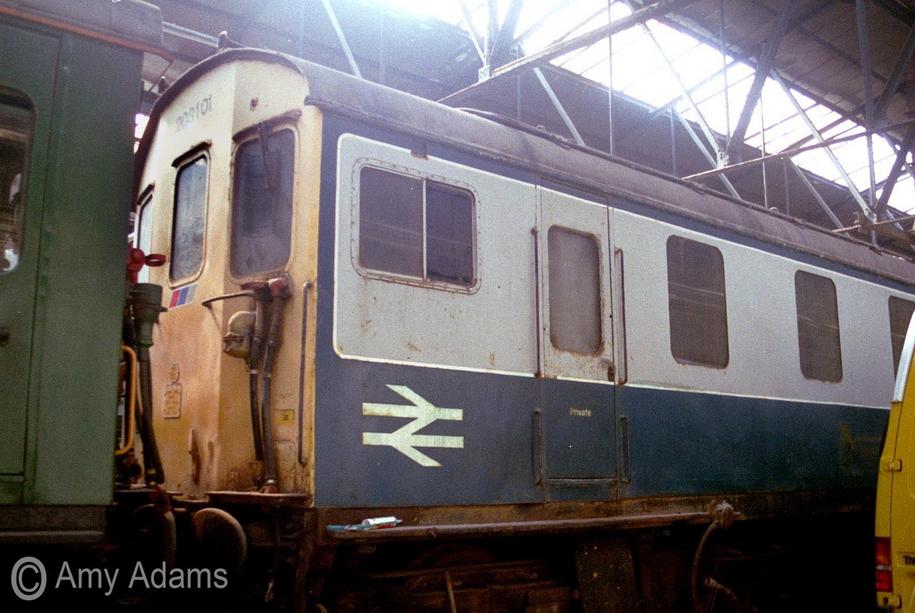 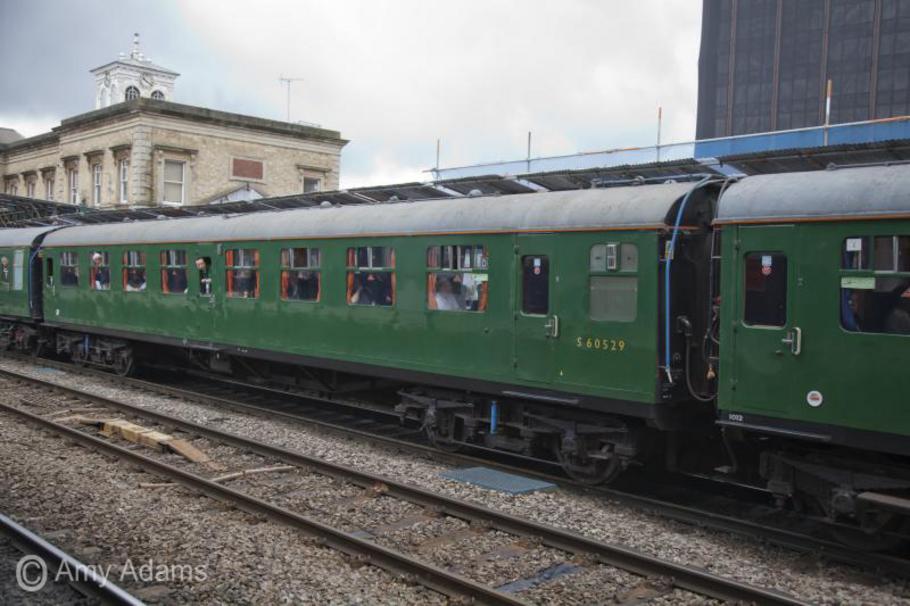