This was converted into an inspection saloon with the addition of control desks at each end so the train can be driven from inside the coach.

After conversion it was numbered 975025 and later named Caroline after being used as a test vehicle for the current radio system used on Network Rail.

It also has a few claims to fame as in 1981 it conveyed Charles and Diana on the first stage of their honeymoon from Waterloo to Romsey, then just over a year later it was used to convey Pope John Paul II from Gatwick to Victoria.

In 1992 Caroline was the first train to carry passengers into the Channel Tunnel where it conveyed members of the Parliamentary All-Party Channel Tunnel Group.

On 12 December 2008 Caroline was "designated for preservation" following a vote by the Railway Heritage Committee, which means when its no longer needed on the national network it will become the only DEMU vehicle to become part of the national collection. 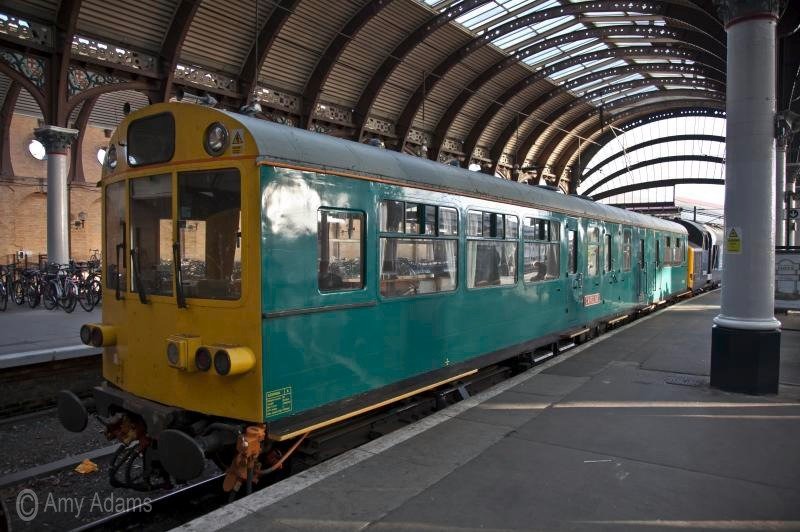 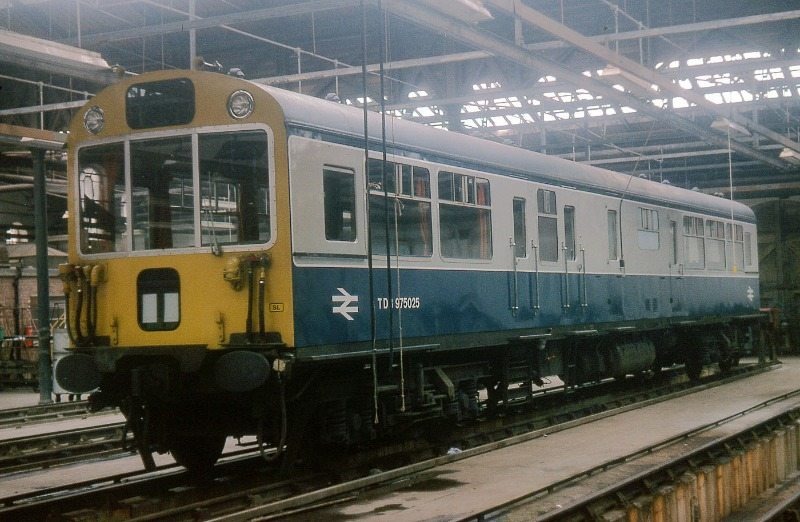 When first modified the front was a little different, it was given the standard Southern Region 21 pin jumper cables and the headcode destination box as can be seen in this image by John Law which was taken at Stewarts Lane in 1978.

The front has since been modified with the jumper cables on the buffer beam which allows it to run with a Class 37 or 47 from the DRS fleet, At the same time the headcode box was plated over and modern high intensity headlights were fitted