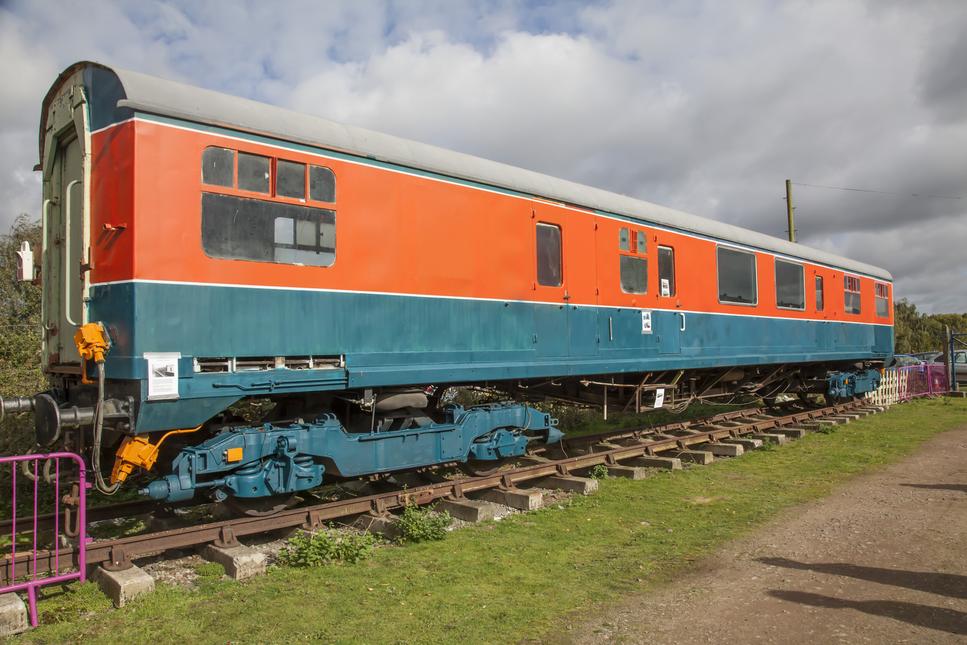 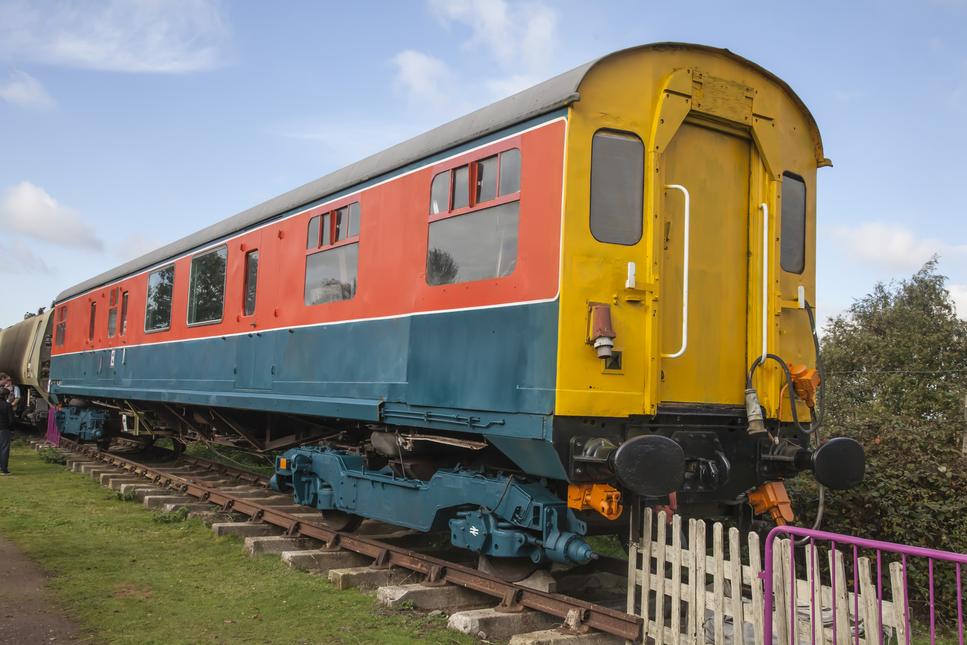 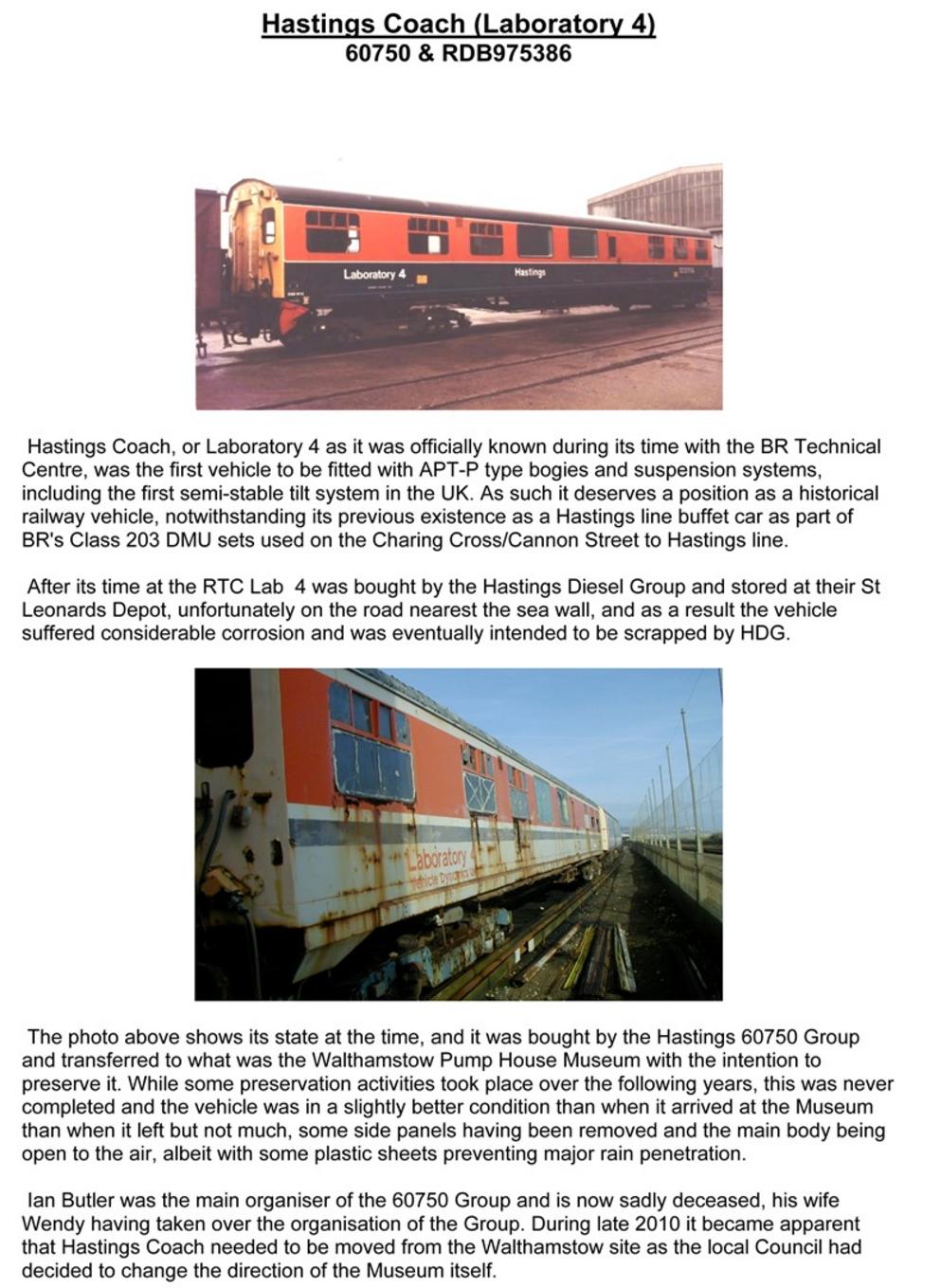 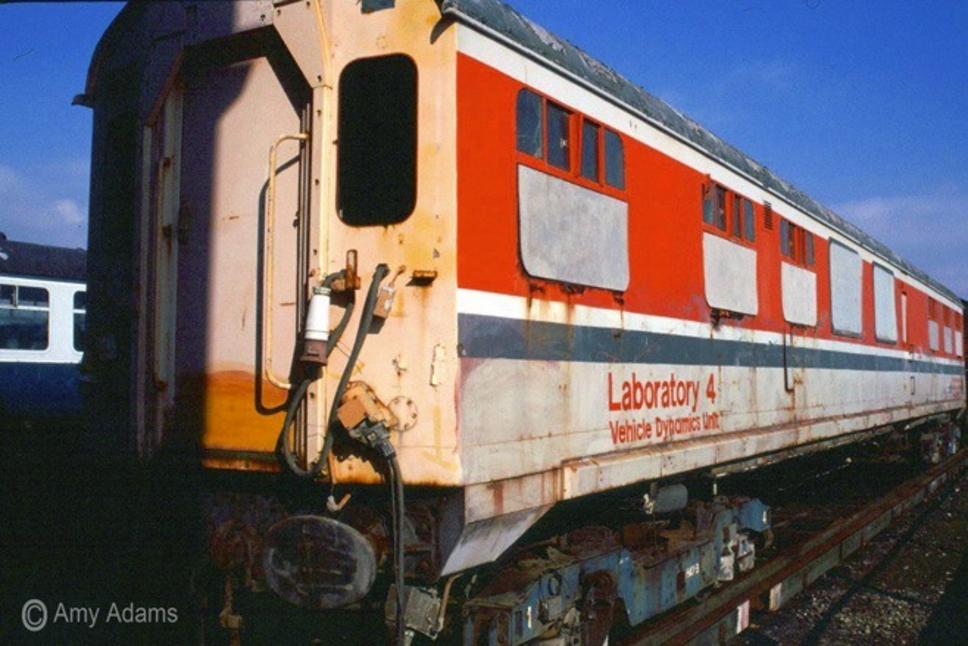 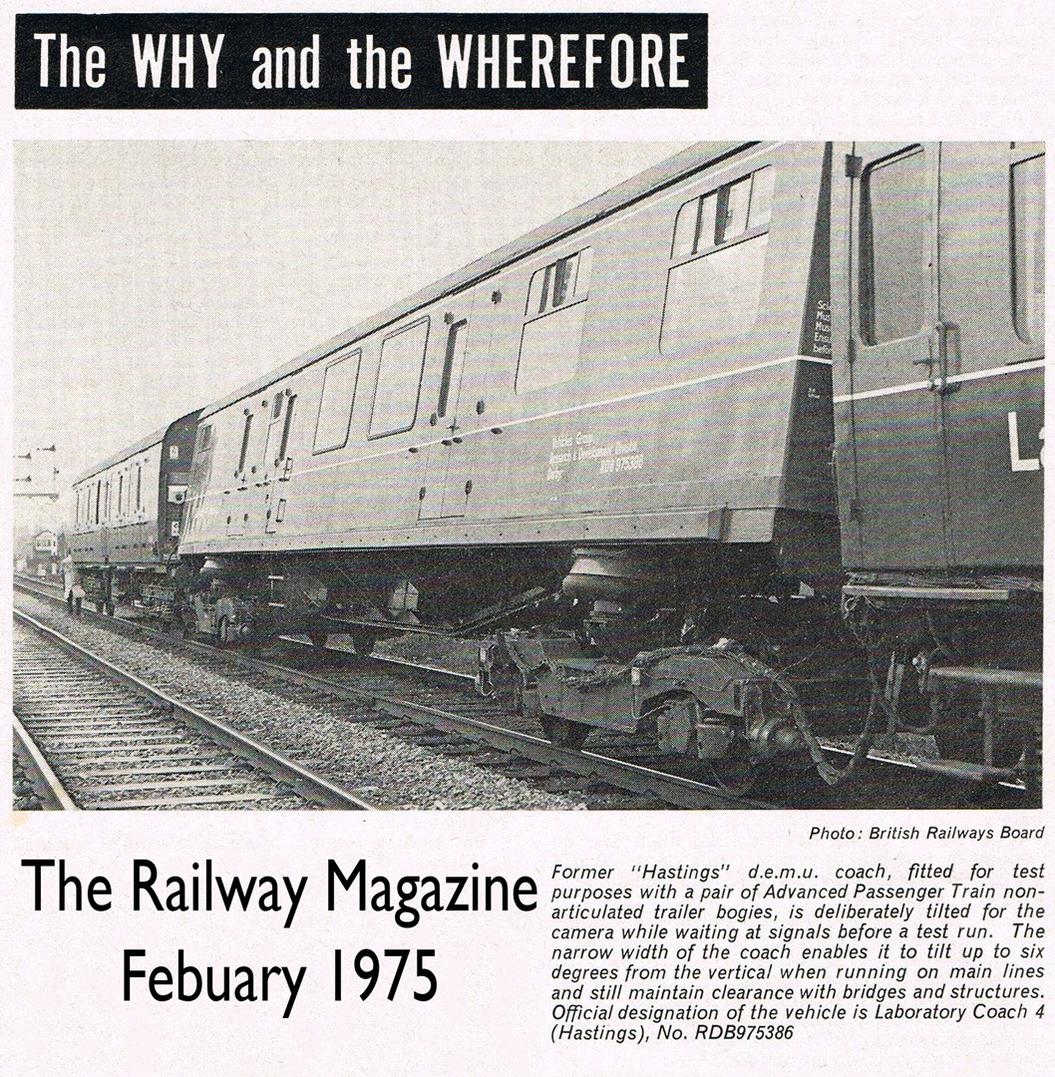 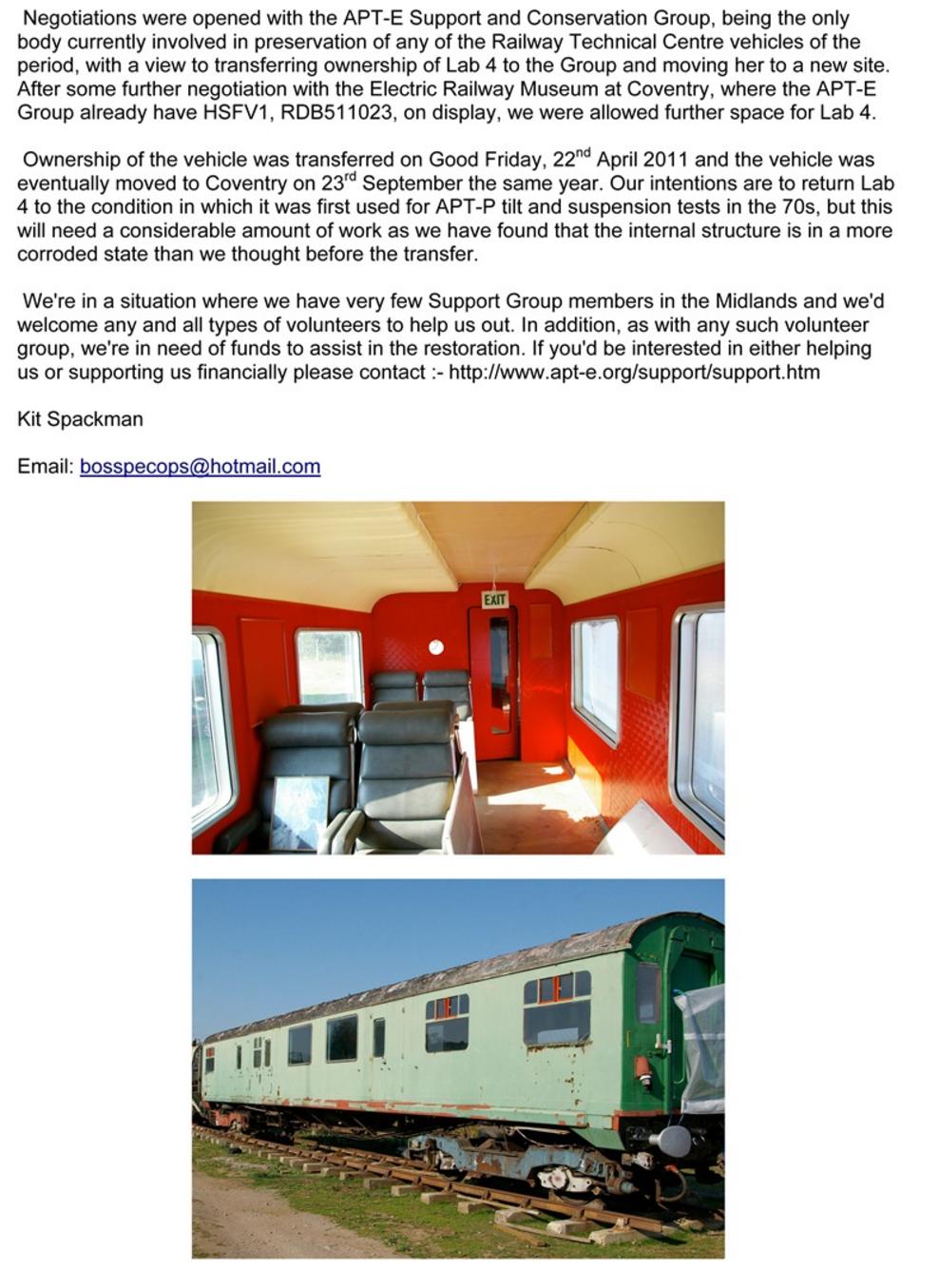 This article from the Railway magazine shows Lab 4 being tilted

The only survivor from 1032 is the former buffet 60750 or better known these days as Lab4.

It was converted into an experimental tilting vehicle for the APT project and became the first vehicle in the world to tilt at speed with people on board.

It's seen here after preservation at St Leonard's.

We have more about this vehicles in the departmentals section, to get to it click Here