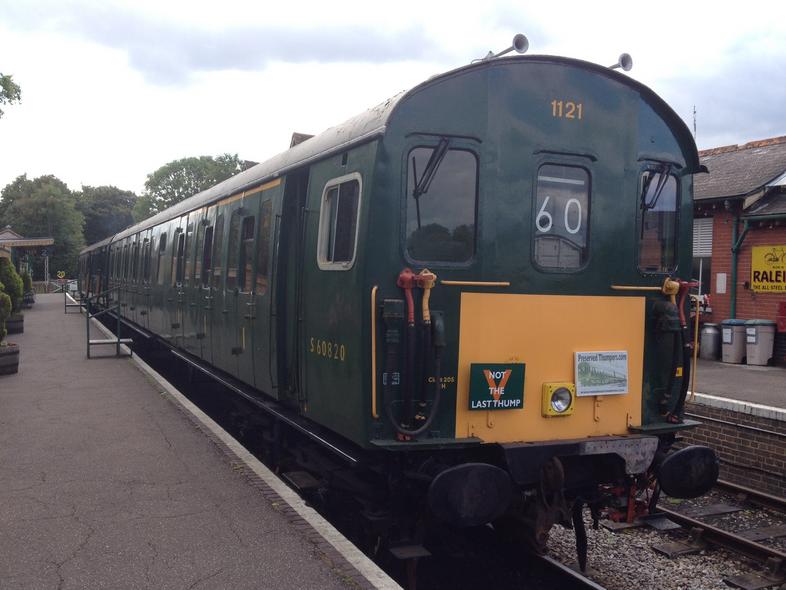 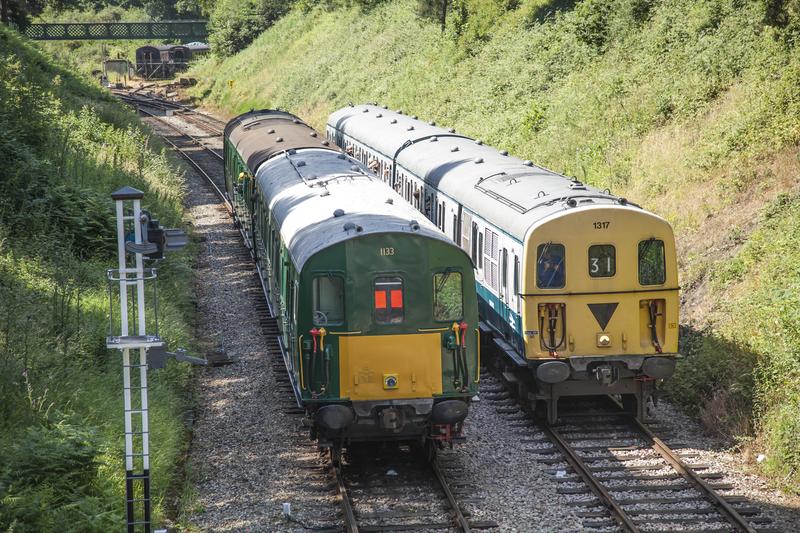 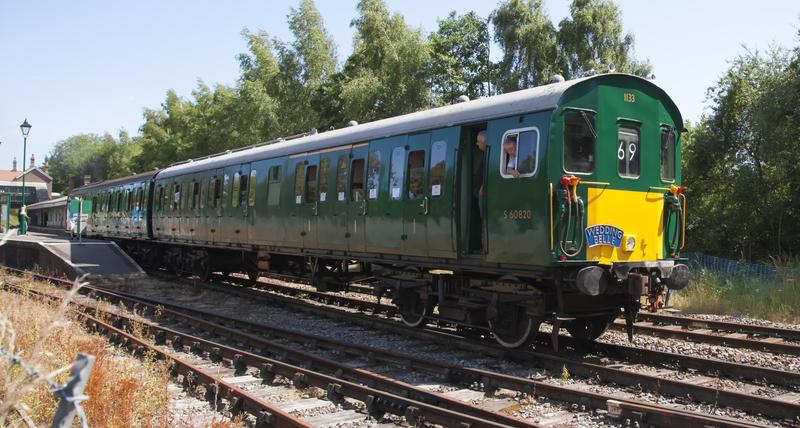 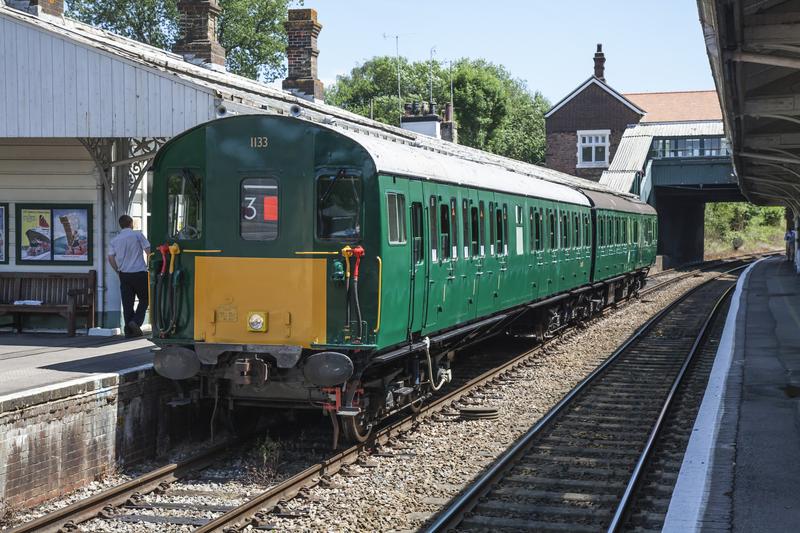 It's only the driving trailer from 1121 which survives but what an interesting history it has.

When the class 204's were formed it was reformed with a former EPB driving trailer as a centre car and it ran for many years as 1401 later 204001.

When the 204's were withdrawn it was saved by the Hastings Diesels Group with the aim of being used with stock moves and getting the Motor cars turned and so on.

It made a few brief trips on the main line but was soon mothballed.

When the Lavender Line preserved 1133 as the Motor car was being restored to such a high standard it was placed on loan to them whilst the trailer is being done.

In 2015 it made history again as it moved along with 1133 to the Spa Valley Railway for the Double Thump appeal where it became part of the first train of 2 thumpers to run together in preservation.