1317 is another unit which is in superb condition  and is a credit to the guys on the Spa Valley Railway. 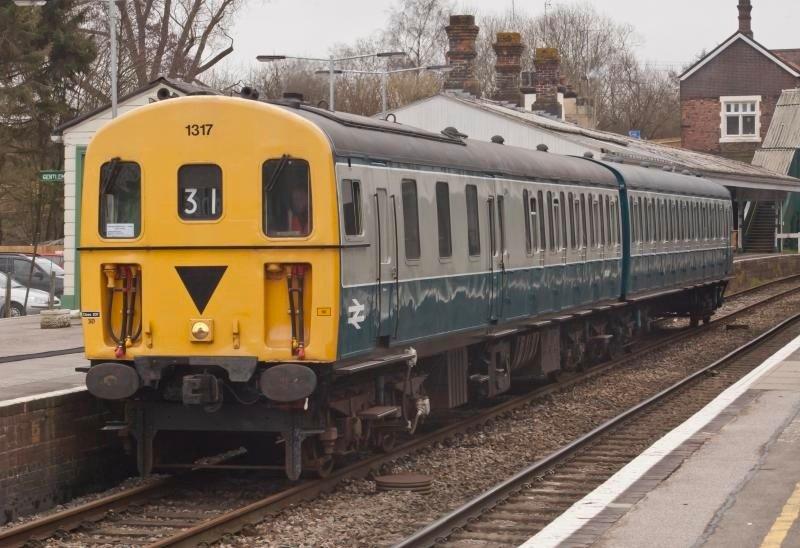 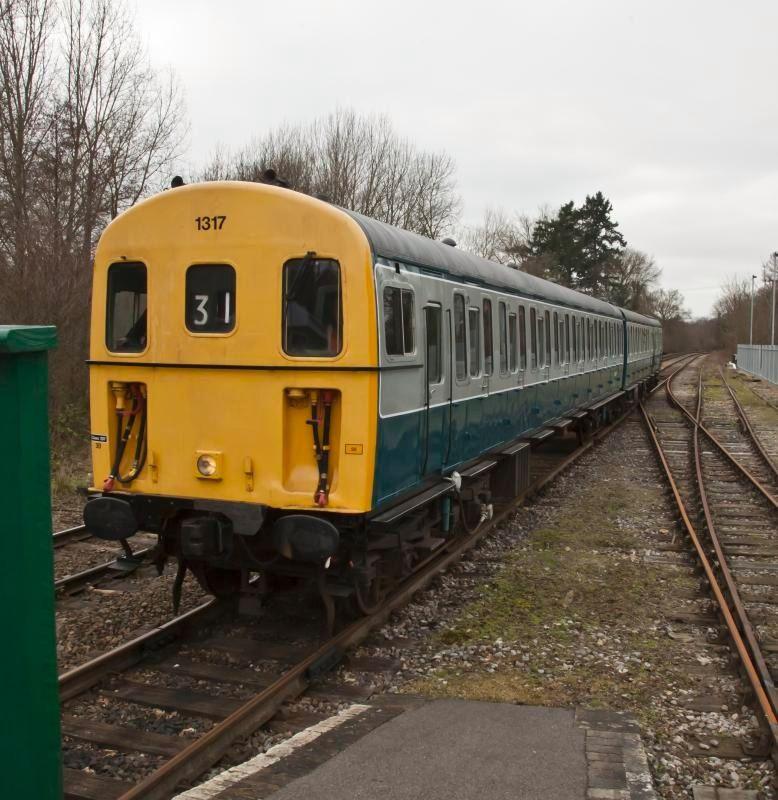 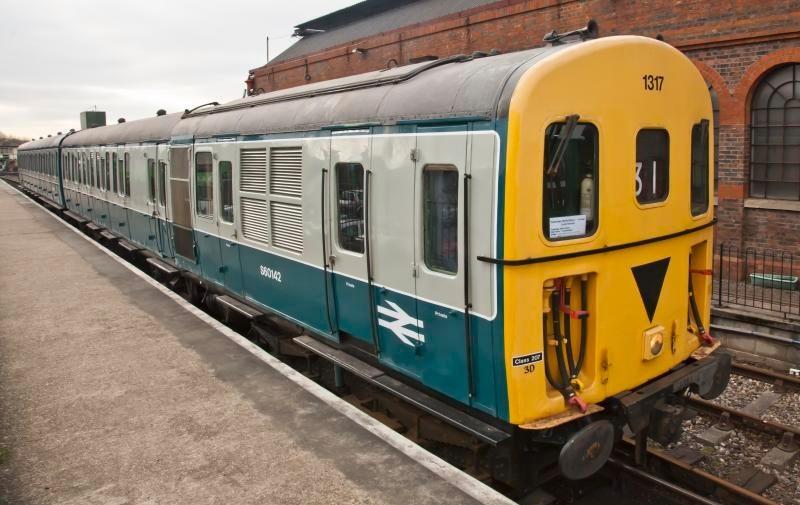 DEMU 1317 was one of 19 units to be produced at the Eastleigh works in 1962, and were the first to have received design advice from the British Transport Commission. Designated as 3D units and popularly knows as “Oxted “or “East Sussex” units, their front end appearance bore a striking resemblance to the 4CIG (4 carriage- Corridor - Intermediate Guard) and 4VEP (4 carriage -Vestibuled - Electro Pneumatic braked), Southern region electric units that were common at the time. With steel reinforced fibreglass, rounded ends with two recesses housing the jumper cables, they were very distinctive from the earlier Hampshire Units.

However, internally they were very similar to the older units, although there were some differences to the heating; the suspension was softer and the engine was mounted on a 4 point mounting with the clutch fan also being rubber mounted ( to reduce vibration and noise from the engine in the DMBSO carriage).

The Units were also built to a slightly narrower width (8 feet 6 inches), to allow use between Tunbridge Wells West station and Tonbridge where there were width restrictions due to narrow tunnel clearances. This meant that the seating bays were 2 seats abreast as opposed to the 2 on one side – 3 on the other side that was afforded by the Hampshire units’ wider bodies. This layout obviously reduced the passenger numbers.

British rail and Southern railway had a long working relationship with English Electric Company, so inevitably, The English Electric Company were tasked to produce a diesel engine for these new units, having been tried and tested with the earlier Hampshire units. The English electric 4srkt diesel engine (4 cylinder, supercharged, RK engine designed for Traction as opposed to marine use)was subsequently fitted which powered 2 English electric EE507 motors that provided the drive to the bogie at the inner end of the DMBSO (Driving Motor Braked standard open). It was fitted with a suburban gearbox. The engine produced 600hp with the Napier MS200 model supercharger. The “Burgess” straight through exhaust silencer was fitted as standard.

These units were fitted with an automated warning system from new, although they were isolated from use until around 1981.

The 3 car units consisted of a Driving Motor Braked standard open carriage, which carried the engine, a driving cab and guard compartment. The second carriage was a Trailer Composite with both First and Second class seating. The rear carriage was a Driving Trailer Second Open (DTSO), which had a driving cab and 2 separate second class cabins.  Together the 3 carriages were 199 feet, 6 inches long and accommodated 160 second class and 24 first class seats.  A breakdown of each carriage is now discussed.

The DMBSO – carriage no s60142 consisted of a full width drivers cab – and was fitted with 2 EE507 motors with suburban gear ratios, and behind the engine was a guard’s compartment 8 feet 2 and a half inches wide. There was access from the guard’s compartment to the engine room, but no access to the rest of the passenger compartment. The passenger compartment consisted of 42 seats, located within 4 bays consisting of 2 seats abreast on each side of a central gangway. Smoking was not allowed in this compartment. The carriage was 64 foot long – weighed 56 tons (split 32 tons on leader bogie, 24 tons on motor bogie) and was fitted with a buckeye coupler with rubbing plates, as opposed to the central buffer and 3 chain arrangement used on the 2HAP units mentioned earlier. Underneath and between the bogies were fuel tanks and battery boxes. These units were released from April 1962 and all were in service from the start of the winter timetable in September 1962.

The Driving trailer second open ( coach number 60916) consisted of 76 second class seats located in two separate bays, one of which was allocated as non- smoking and also consisting of a luggage and driving compartment .

In the great cull of 1987, this unit survived as it had previously had its blue asbestos insulation removed. 12 other units were not so lucky and were scrapped.

All the units were renumbered under the Tops scheme in mid 1986, with this unit becoming 207017.

The Unit was eventually withdrawn from service in March 2004 after completing 42 years service.Today, the Unit has been beautifully restored by the Spa Valley Railway and is now the only 3 carriage set in preservation ( although the Center trailer is still being restored).