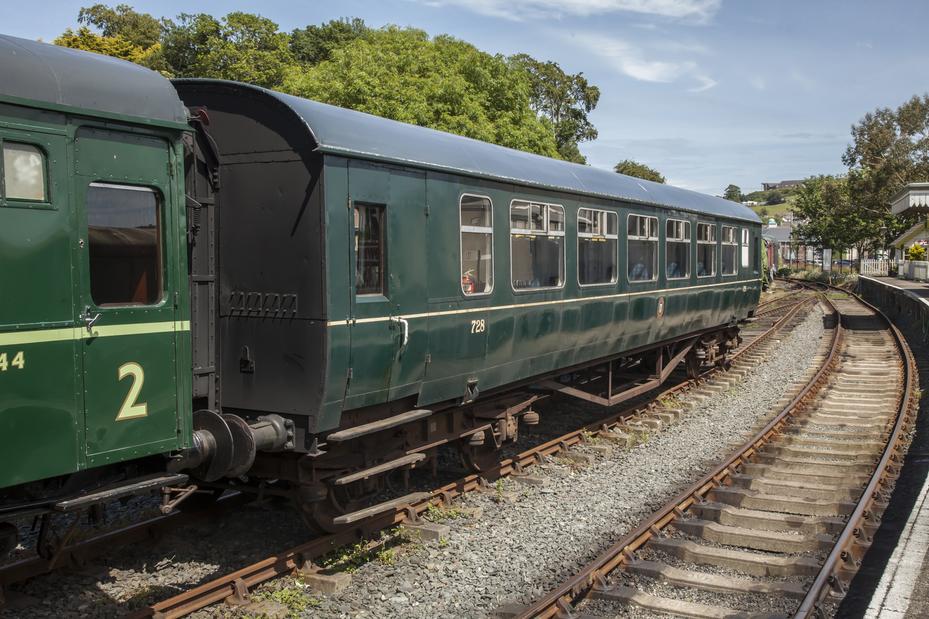 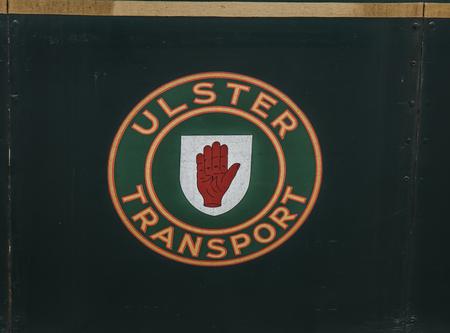 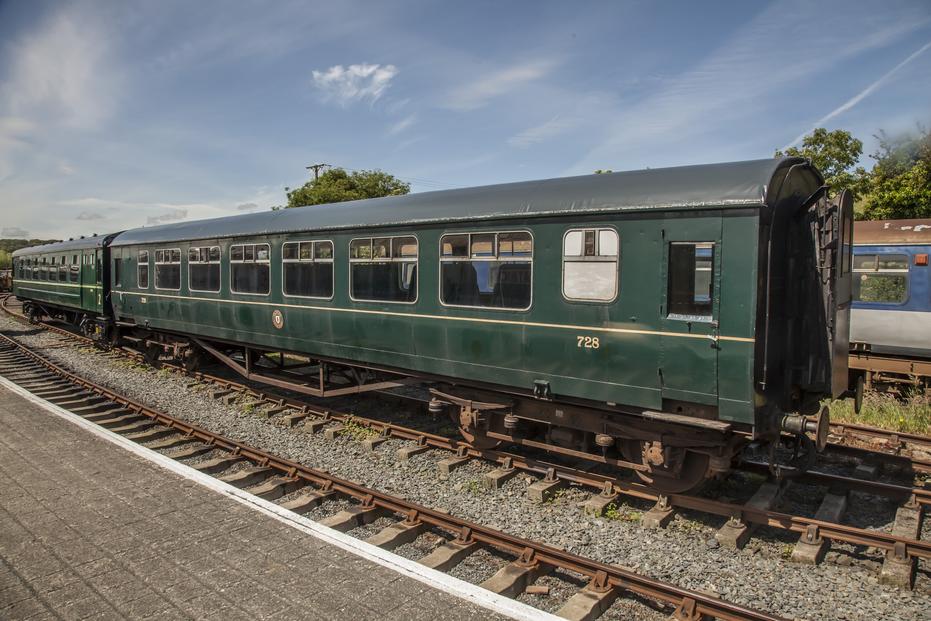 728 was built at the UTA’s Duncrue Street Works in 1951 as a brake second, originally numbered 306. It was part of the ‘Festival Set’, built specially for the Festival of Britain to work fast trains between Derry and Belfast. In 1957, it was rebuilt as an MPD driving trailer (No. 534), but was withdrawn for some time shortly after following an incident at Dunmurry level crossing.

Passing into NIR’s hands in 1968, the carriage was converted once again in October 1976; this time to a 70 Class intermediate trailer. It was at this point that it took on the number 728, though it didn’t stay in service very long as in 1977 it was firebombed at York Road. This put 728 out of service for two years, finally being rebuilt in 1979. Capable of seating 70, it was used on the 70 Class farewell tour (entitled ”We Were The Champions”) in 1985. Whilst on this tour the train set a record for non-stop run from Derry to York Road, covering the 93 miles in just 84 minutes.

728 became part of the last 70 Class set in service, and was withdrawn on the 3rd of February 1986 before being almost immediately pressed back into service just two weeks later due to teething problems with their replacements, the 450 Class. However this new lease of life was cut short in April that year after rioting onboard an Orangeman’s special train caused extensive damage to the carriage.

Though no longer in service, 728 lingered around York Road for several years before being moved to Coleraine in 1991 for use in a fire drill in one of the tunnels at Castlerock. After the drill, it was acquired for preservation by DCDR and arrived in August that year. It was used initially by us as a club car, and the carriage narrowly escaped destruction in 2002 during the Boxing Day arson that tore through our station building and adjacent sidings. Its fellow 70 Class vehicle, No. 713, was not so lucky and we regretfully had to cut up what little remained of the carriage shortly after.

In July 2012, work began to return 728 to passenger service. This overhaul finally finished in February 2014, and 728 has been part of our main passenger running set ever since. Its bright airy interior makes it popular with passengers, whilst its high density seating and wheelchair accessibility makes it an indispensable vehicle from an operational point of view.