Train just east of the level crossing, heading for Chichester

1126 is seen back at Chichester station, some of the other attractions can be seen in the form of miniature railways.

As the line was truncated short of Midhurst at the Quarry a Vintage bus was used to run all the way from Chicester to Midhurst, this is a 1929 Leyland Titan leaving Chichester bus station 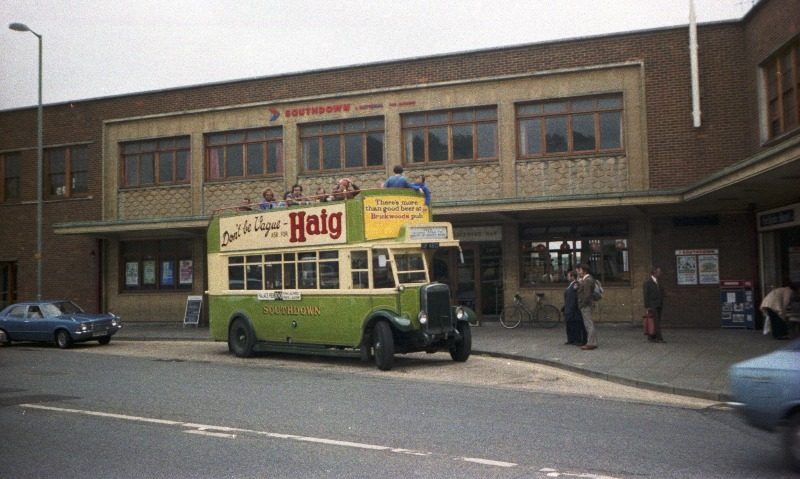 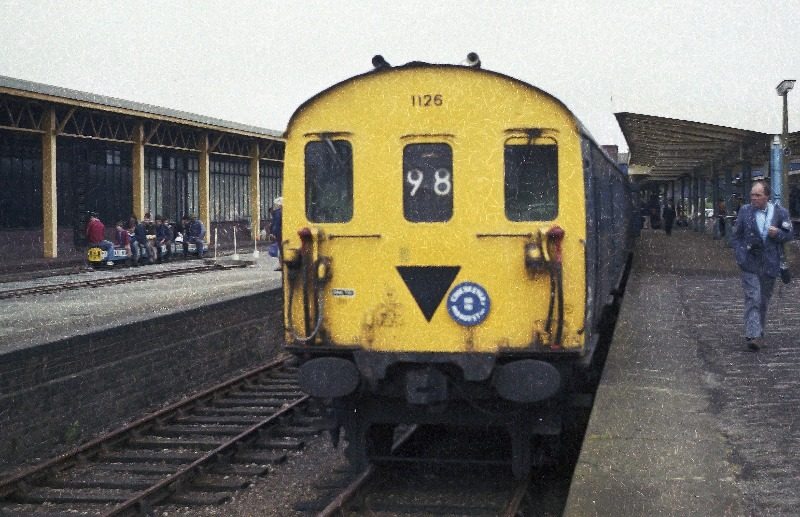 A final shot of 1126 at Chichester, what is interesting about this shot is the miniature railway in the background also has a Thumper

The main celebrations were held at Chichester Station and DEMU 1126 ran 7 shuttles to over the remainder of the line to Brandy Hole Bridge.

We are fortunate to have come across photographer Ian D Nolan who photographed the events of the day.

We also found a description about the events on the sixbellsjunction.co.uk website which we have added below

Train ran on the remaining part of this line still operational - the route which opened 11th July 1881 closing to passengers on 6th July 1935.

The line remained open to freight although last service was just one northbound only train per day, 09.30 Chichester-Horsham.

The last train was on 19th November 1951 although it wasn't supposed to be the last train, but fell into a collapsed culvert near Midhurst.

The train was not recovered until 25th February 1952 but the railway was never repaired and closed north of Cocking.

A freight train ran to here until 26th August 1957 after which the line was cut back to Lavant which received services until 5th August 1968 and occasional Sugar Beet trains until January 1970 However following local opposition to lorries travelling through Chichester a freight service of trains of gravel were re-introduced operating from Lavant to Drayton (east of Chichester) from January 1972.

Another other station on the line (north of Lavant) was Singleton which had a number of special trains, being the local station for Goodwood race meetings. Arrangements had also been made with local landowners for the remains of the trackbed from Midhurst to Lavant to be walked which included walking through Cocking Tunnel - whilst walking the tunnel he could see a light in the distance which he assumed was the far end, only to find it was a hurricane lamp marking a bend in the tunnel!

1126 is seen at Chichester between runs to Brandy Hole Loop

The loop where the train terminated

The loop seen from the train underneath Brandy Bridge Hole Lane

The reason the line survived was for gravel loading at Francis Parker Quarry, Lavant, looking south from Hunters Race bridge

DEMU 1126 returning to Chichester from Brandy Hole Lane.About to hand token to signalman. 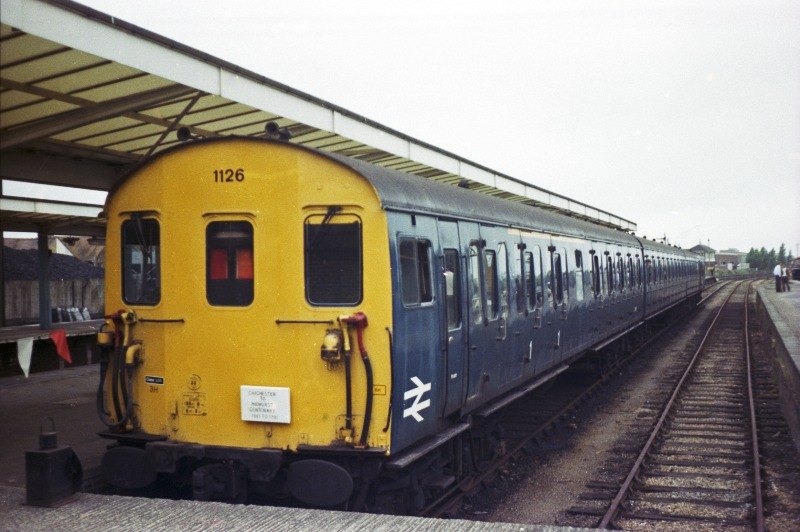 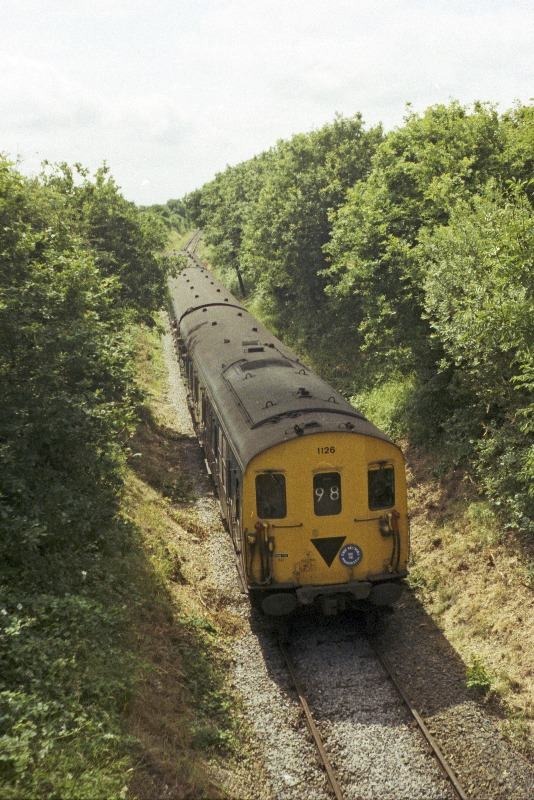 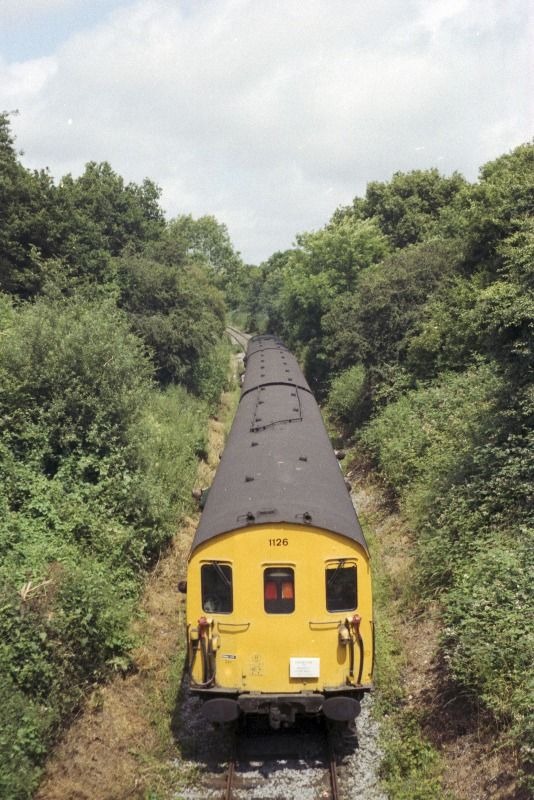 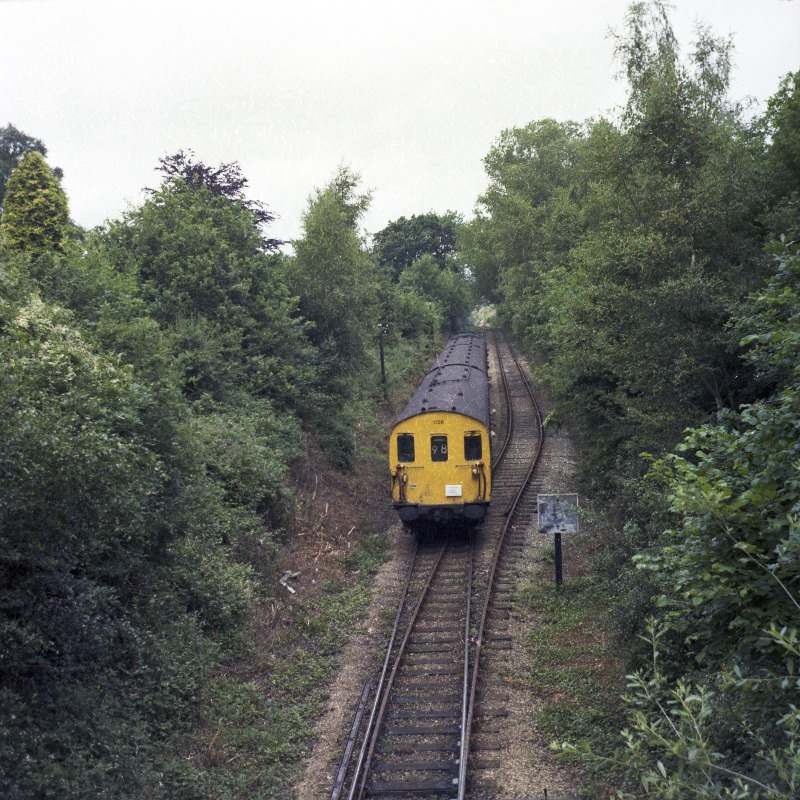 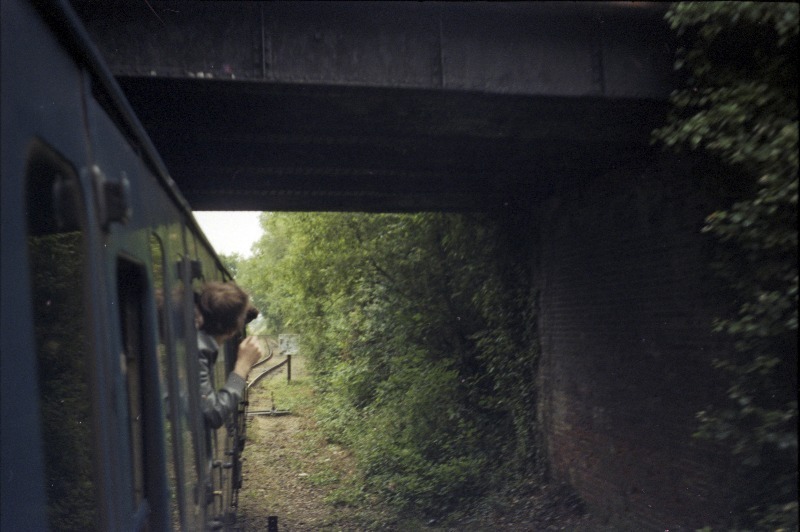 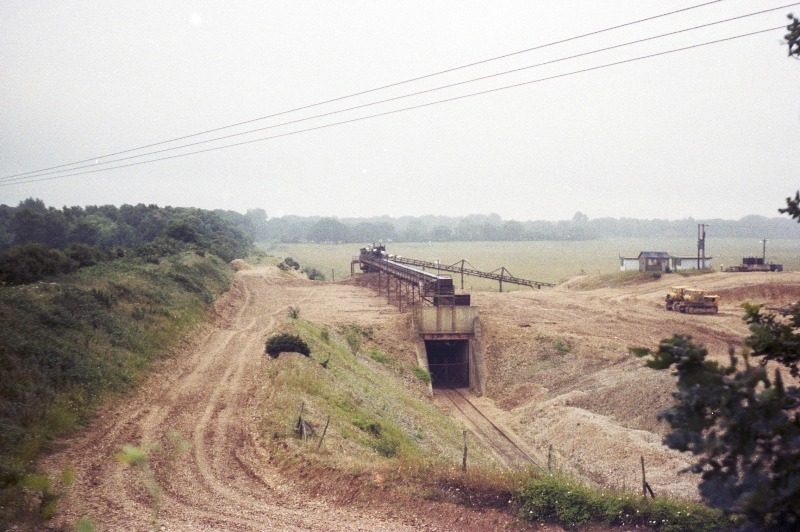 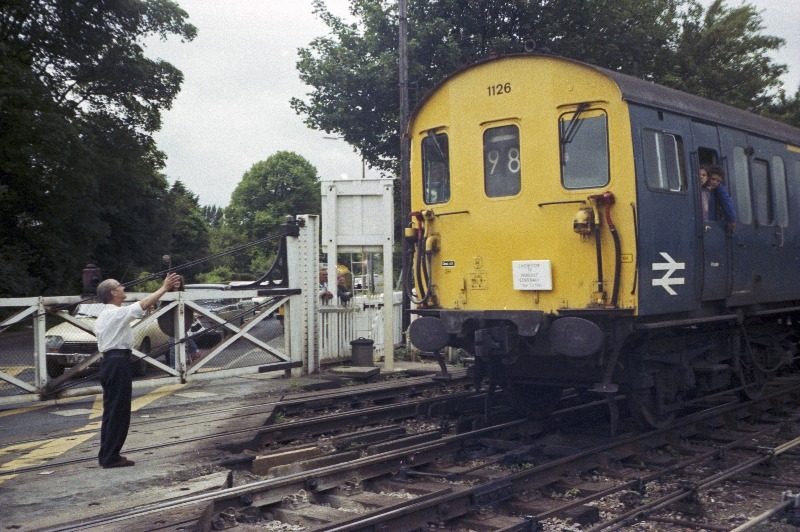 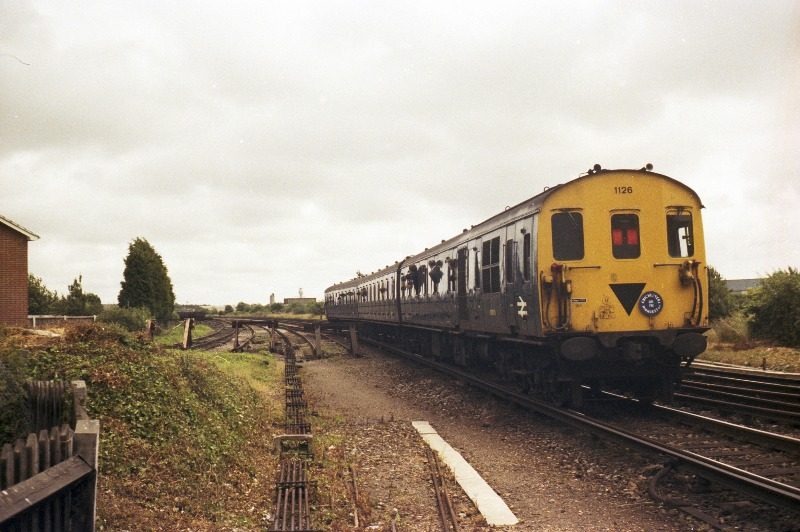 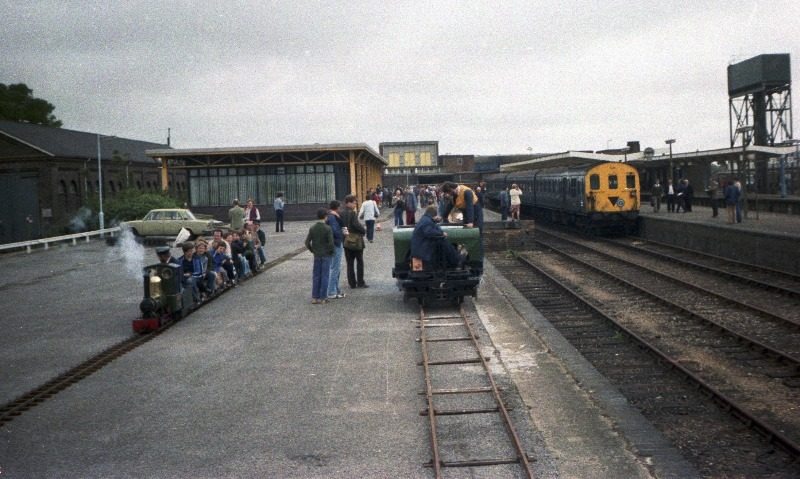 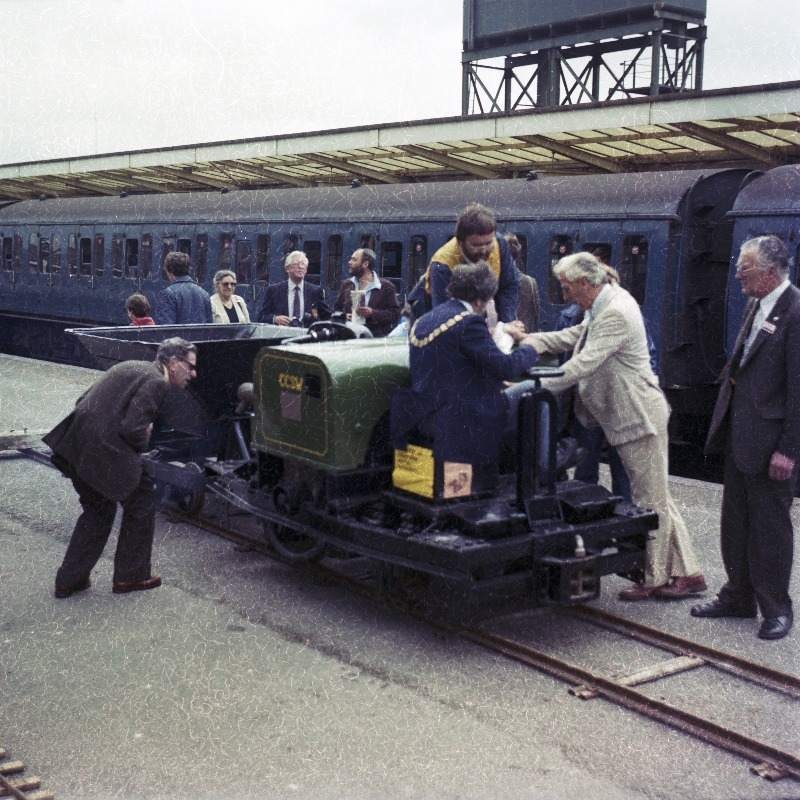