All timimg information came from the six bells junction website

Two Units were used, 1002 & 1032 and they ran empty from Hastings to Clapham Jcn where the tour commenced.

From Clapham they ran through Olympia on to the Western region through Ealing Broadway and Greenford, then up to Aylesbury where the train was divided.

The two separate trains ran 15 minutes apart to Amersham, where it entered the London Underground metals of the Metropolitan line and headed towards Watford. From there it headed to Neasden where it reversed and headed over the Jubilee line line to Stanmore.

The reason the train was split into two is because the loops on the Underground is only big enough to fit one 8 car tube train in; so a 12 car Hastings would have no chance

After Stanmore the trains ran via Rickmansworth and eventually got to Marylebone where they reformed.

After the duo departed Marylebone they reversed at West Ruilsip and headed down the Greenford line where it reconnected with the Great Western main Line at Hanwell and from there ran through to Reading.

At Reading it was back on the Southern where it headed through Guildford, Redhill,Tonbridge, Ashford, Rye and Into Hastings. The tour hadn't finished yet though, as it then headed off on to its old stamping ground through Robertsbridge to Charing Cross where the tour finally finished.

As well as the headboards and Wreath, this other tribute was added to the side of 1002

All images unless mentioned otherwise on this page are by Southern Reg, to whom we are very grateful. 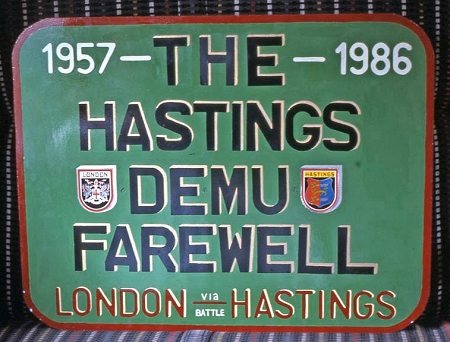 Its first stop on the fourth rail is at Watford. This is 1032 after the train had been split.

The next stop for 1032 was Stanmore where it is seen along side the Jubilee stock which was still being delivered from the factory. This stock,like the Hastings units are now long gone.

Another brief stop was Moor Park. As can be seen from the station sign, the tour is deep within Metropolitan territory. 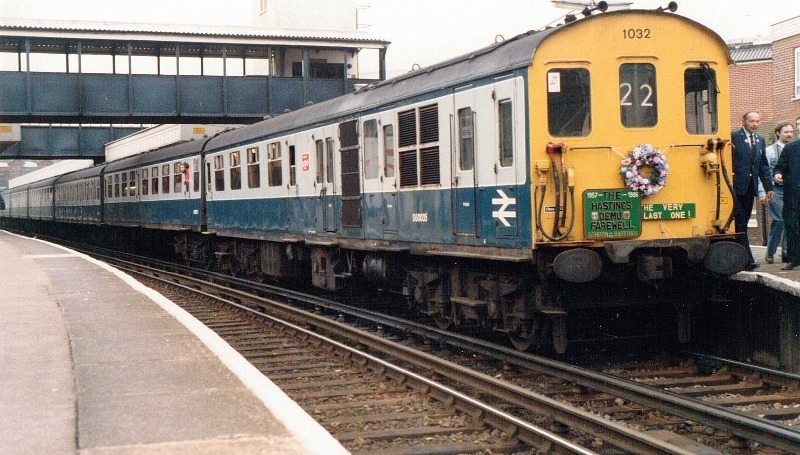 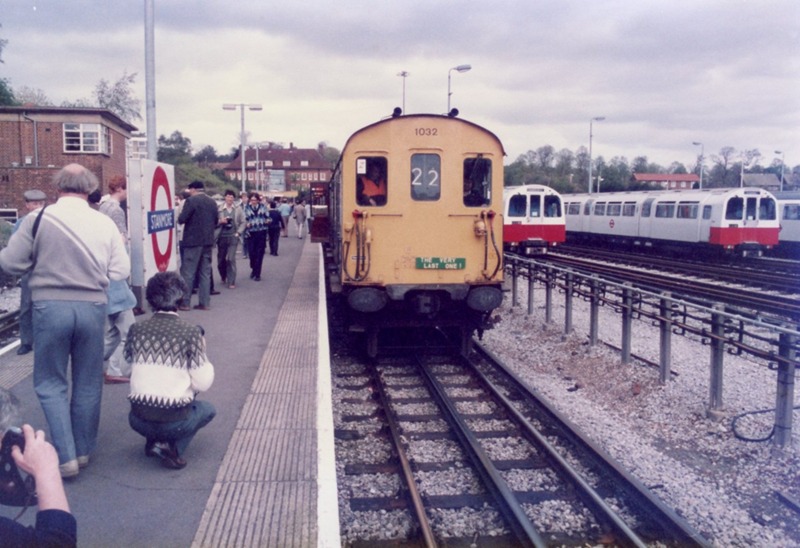 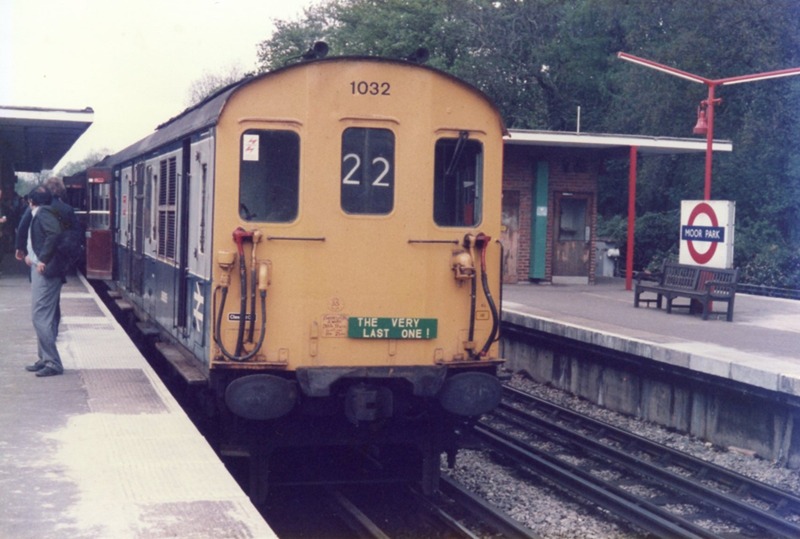 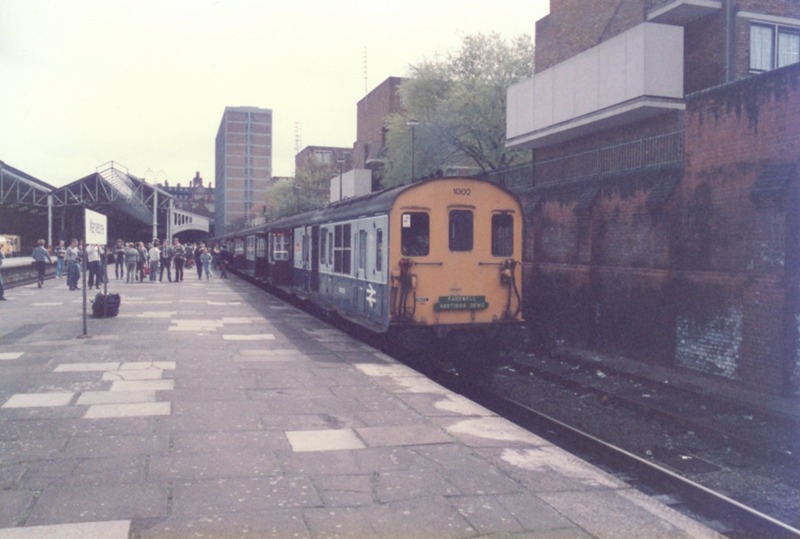 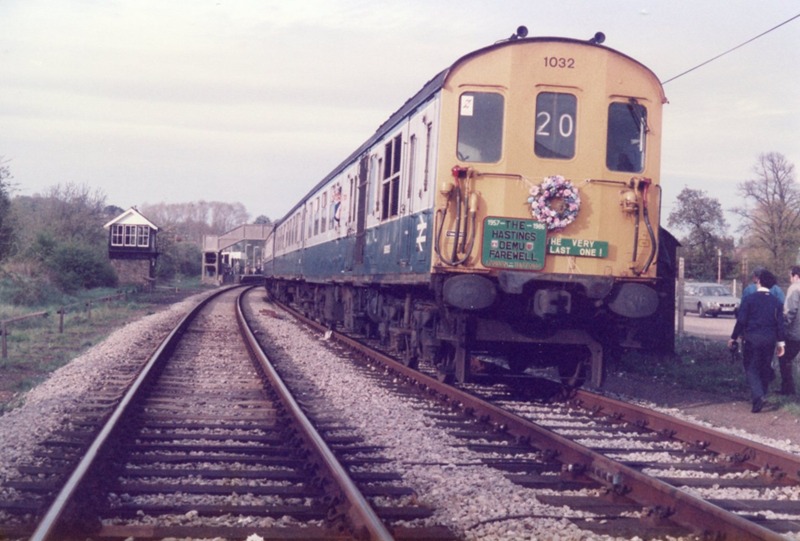 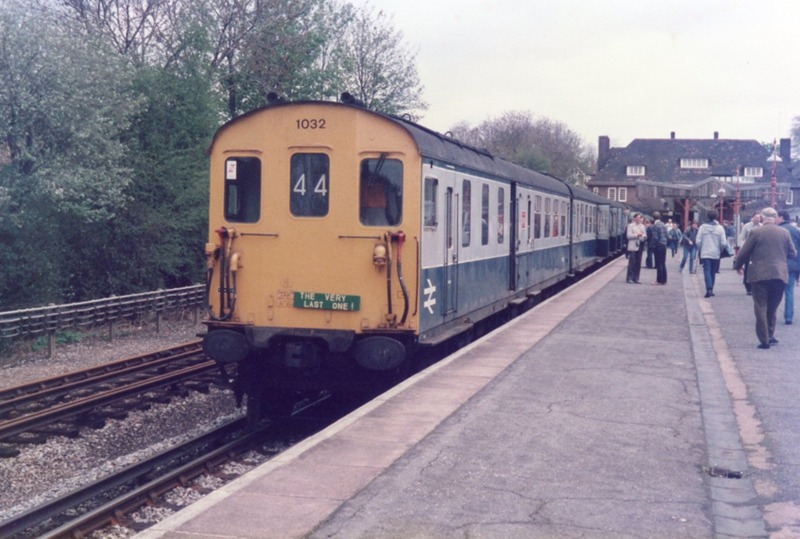 Rye is a passing place so while waiting for the line to clear Southern Reg got this shot. 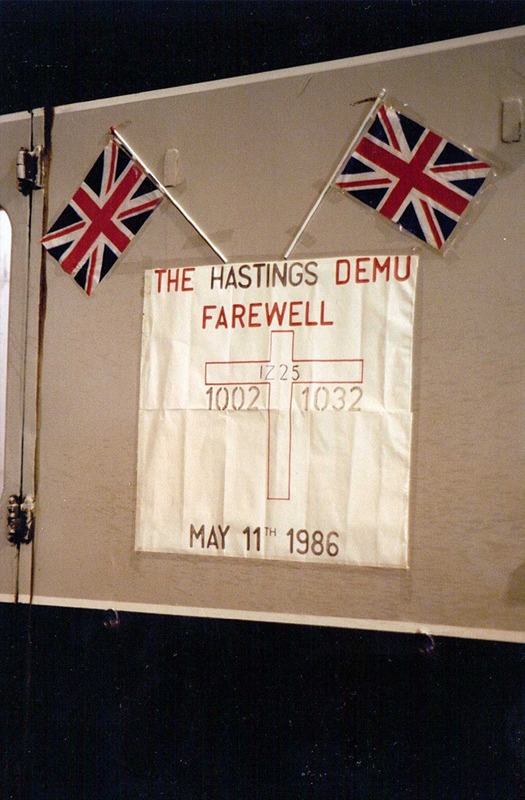 Ready at Hastings for the final trip to London. The two headboard's were attached to the front along with a Wreath before the train left for Marylebone.