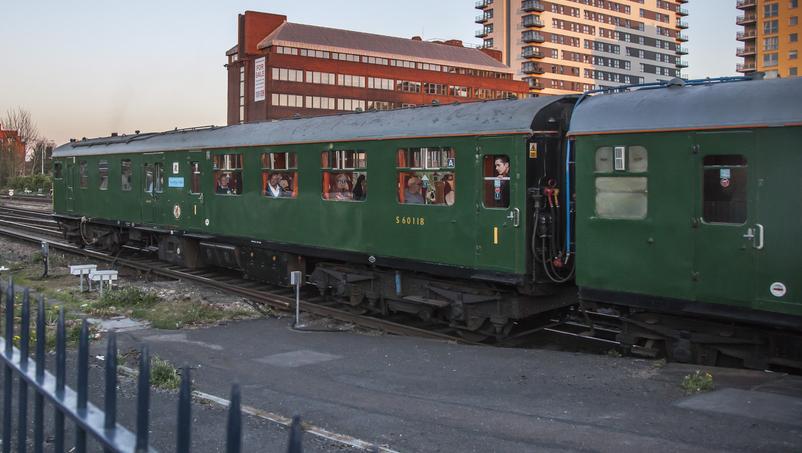 Leaving Newport as seen from the Ex CEP trailer.

As the horn blew leaving the station the valve didn't reseat properly so we puled off with a low tone whistle blowing.

Just the other side of the river bridge is Maindee Junction where the line to Abergavenny splits and we were diverted onto that line.

Maindee Jcn is a triangular junction and can be used to turn trains so we were held for about ten minutes whilst the offending horn was isolated then we reversed and headed over the freight only side of the junction. 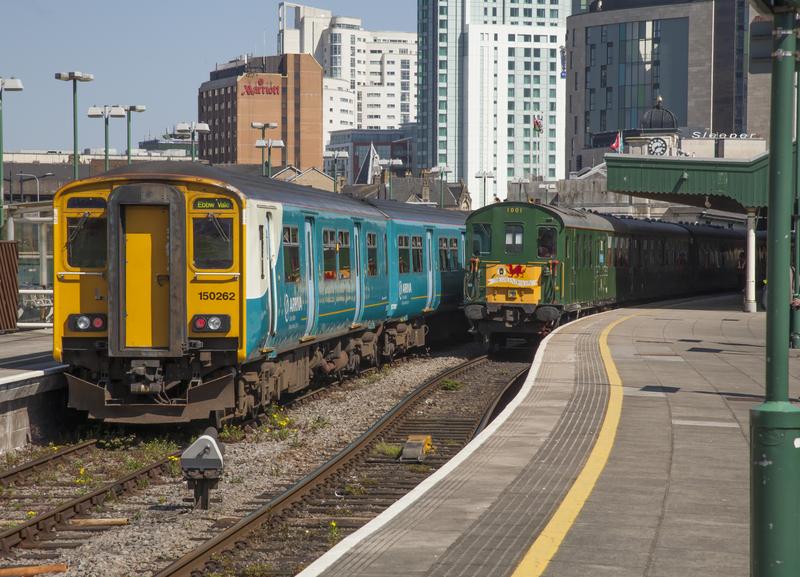 1001 arriving at Newport under the imposing former Great Western offices. 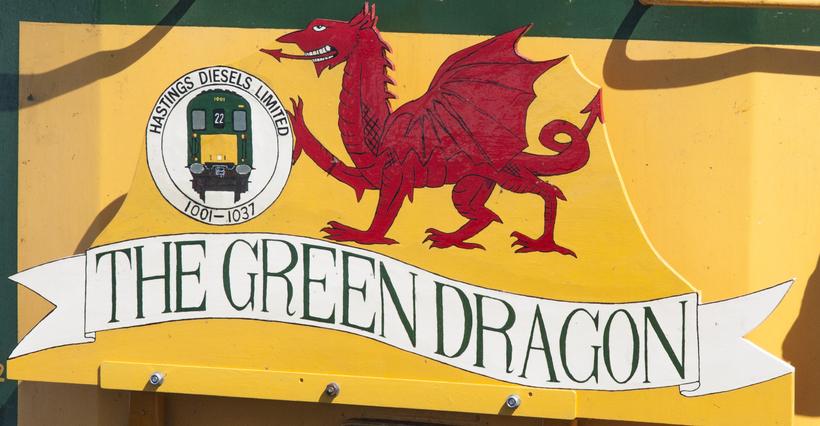 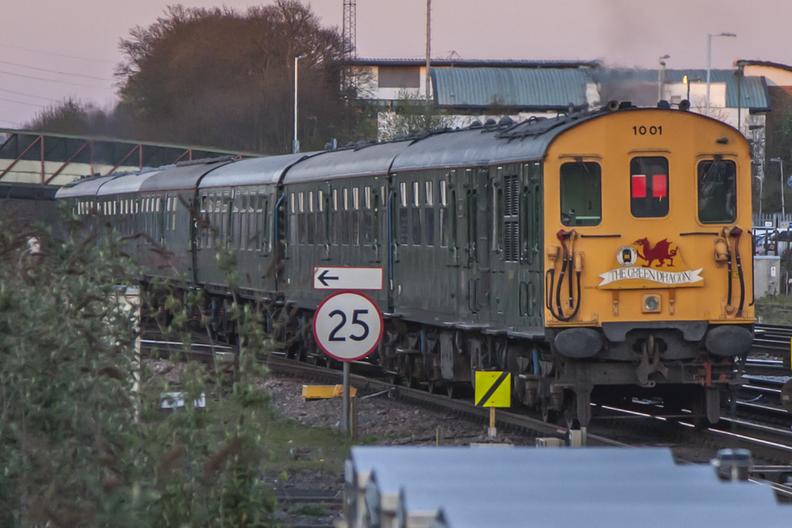 As I approached Cardiff my train was held outside for a number of minutes giving 1001 time to catch up, it was booked to arrive in platform 6 and my train was planned for platform 4 alongside but when we finally arrived at Cardiff my driver went all the way down the bottom of 4 so I had to dash down the platform tot he Eastern end.

As I almost got down the bottom I noticed it was arriving but not on 6 as planned but 4 which was the platform I was on. I managed to get some shots but sadly not the ones I had planned. 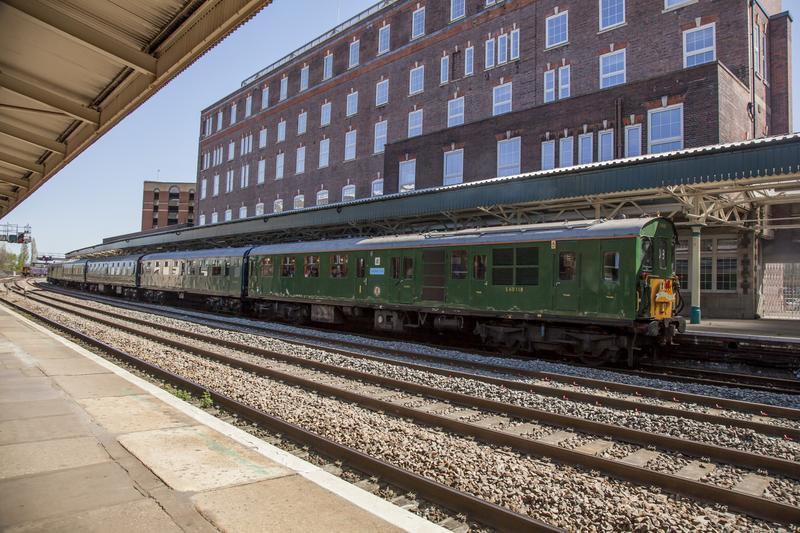 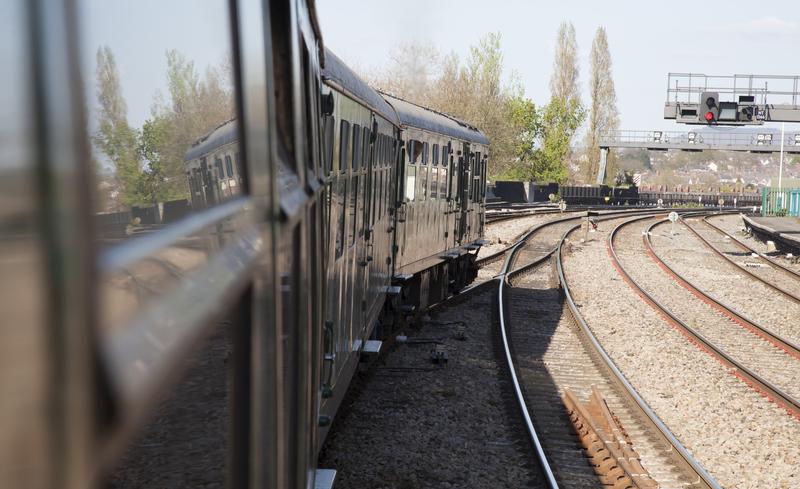 Whilst on the platform I was chatting to guys from the East Kent Railway who informed me that one of their party hadn't turned up so would I like to take his place for the return trip, which is something I jumped at. (Thanks Josh).​ 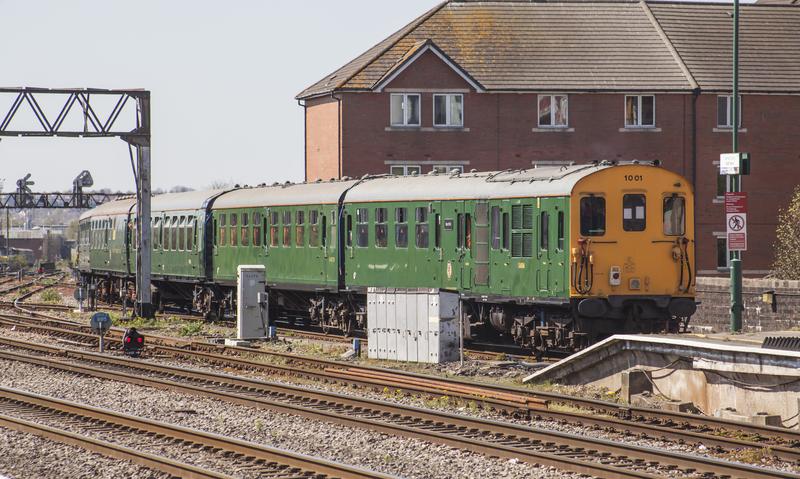 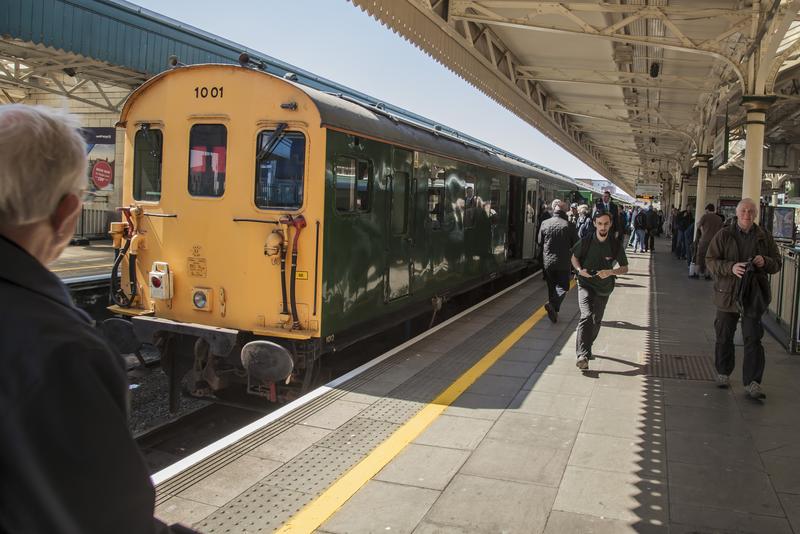 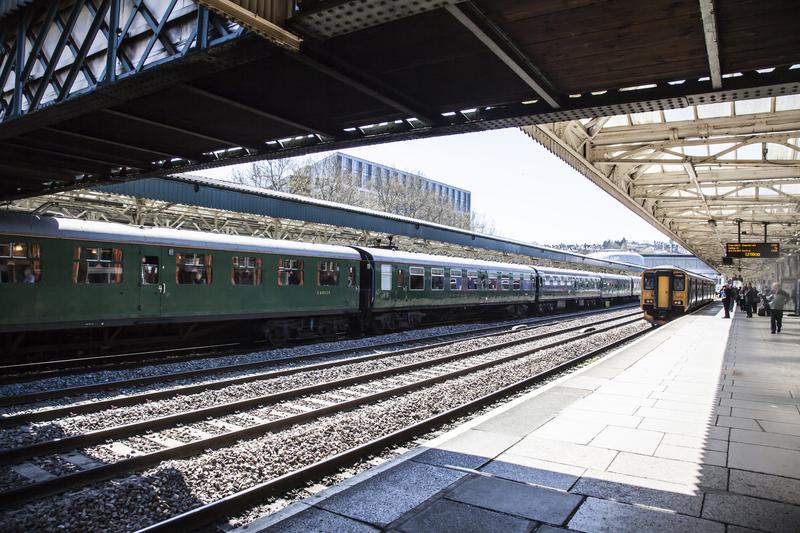 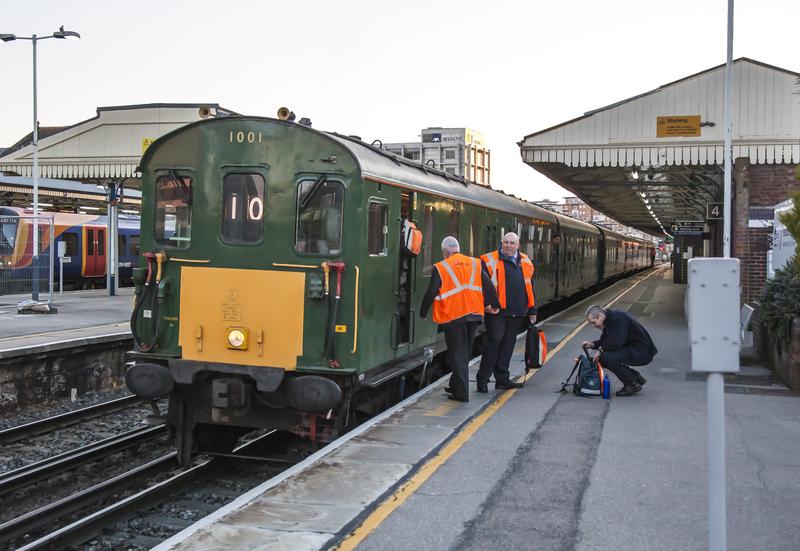 And below is some Video shot on the dayof the tour

Article and photographs and film by ​Amy Adams 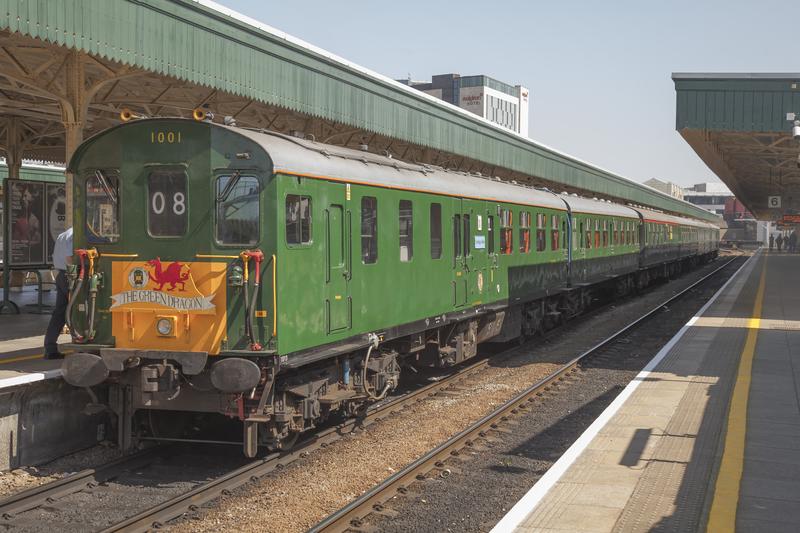 Whilst I was chatting to a friend who had travelled on the train I noticed 1001 drifting into Platform 1, apparently due to engineering work near Canton it couldn't access that part of the depot to carry out the tanking process so it was decided to do it back at the station​ 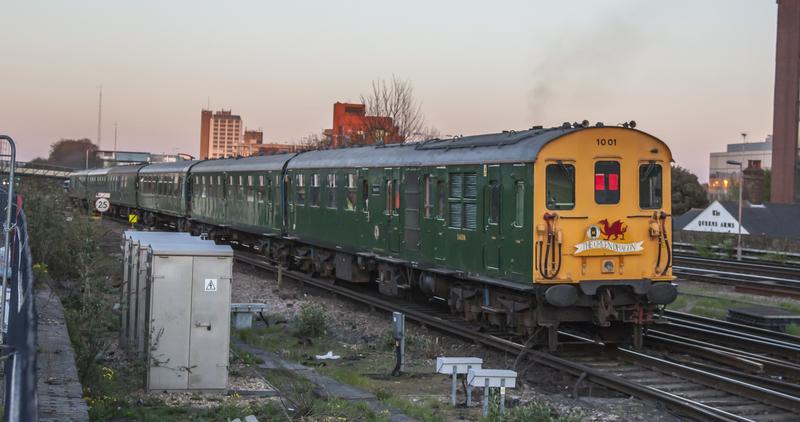 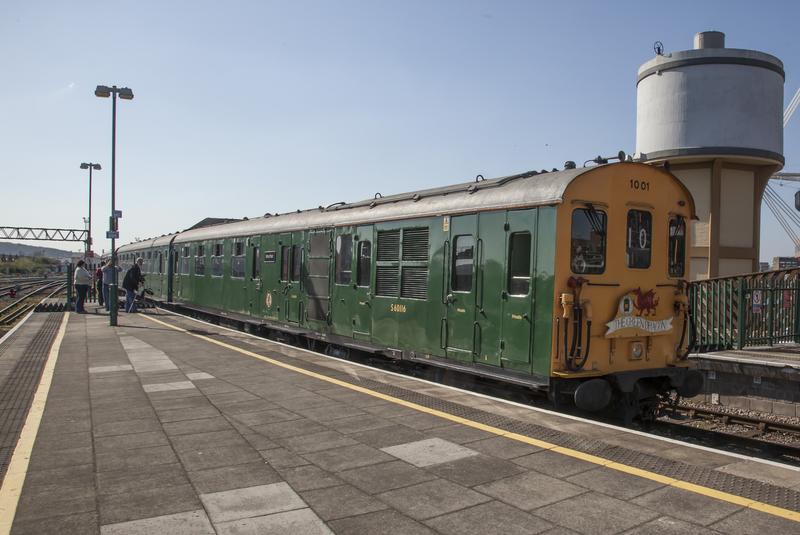 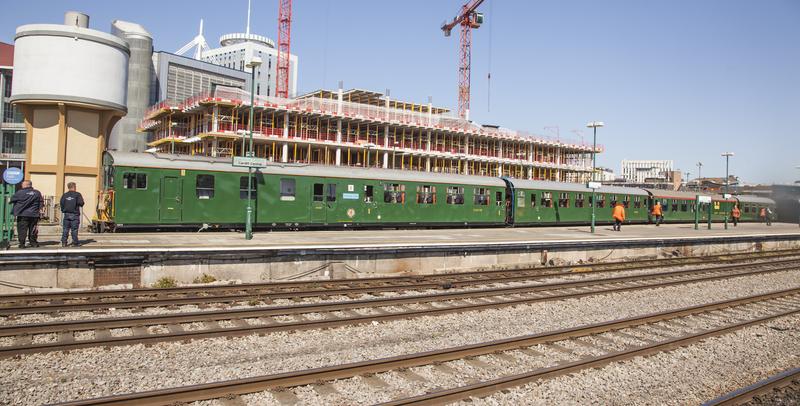 After a fast run down the GW main line to make up time we got deafened in the Severn tunnel which was something which always happened in non air conditioned stock when the windows were opened we had picked up time by the time we had reached Bath then it was onwards to Salisbury making up time as we went.

​I wasn't too long before we approached my departure point at Basingstoke where a crewe change was also booked.

This gave me enough time to get set up for a few photographs, above is the two separate crews supplied by GBRf

Below is a few shots of the unit departing Basingstoke.​ 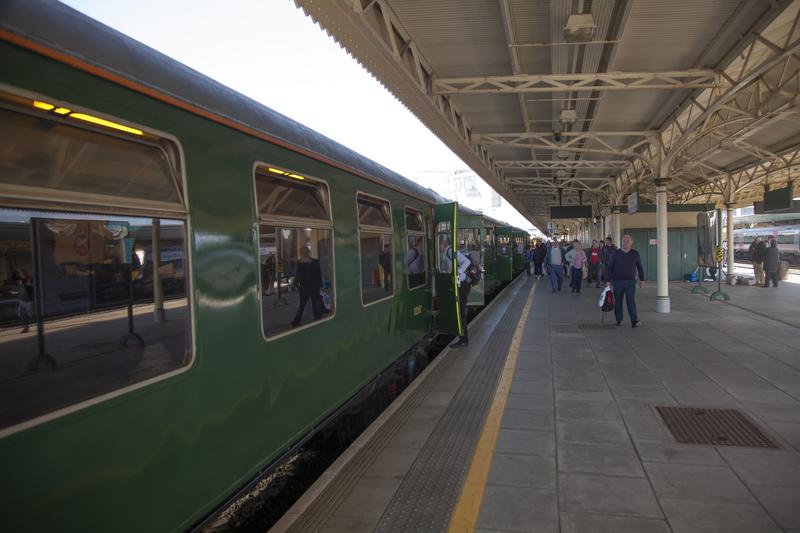 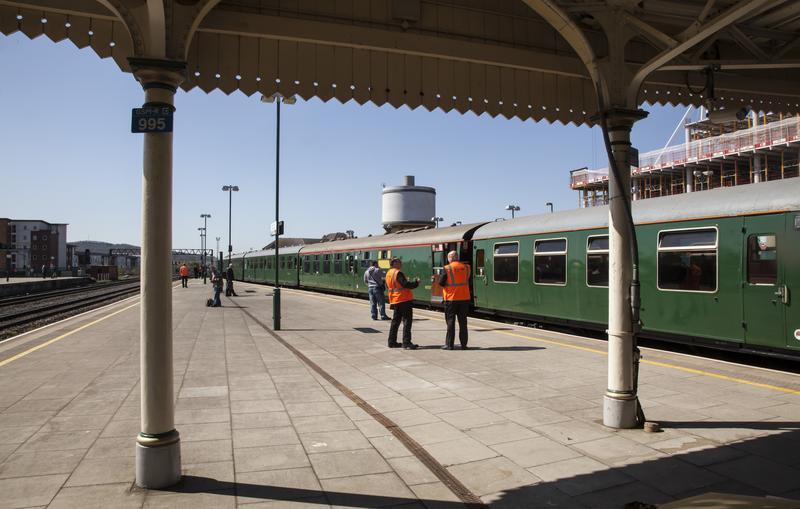 For me I was quite exited as I'm from one of the Valleys north of Cardiff and spent many an hour of my youth at that station.

The Schedule was for it to Redhill then towards Reading then a Thrash down the Great Western Main Line which as I live in Reading would have enabled me to chase it all the way to Cardiff.​

Sadly due to engineering work my plans were dashed due to a total blockade of the line at Didcot, this also saw the unit being rerouted via Guildford, Basingstoke, Salisbury & Bath.

So how was I to plan my journey now, well I had a thought of getting a shot of the unit at Severn Tunnel Junction from there a connection would take me to Newport then onwards to Cardiff giving me three locations to see the unit.

I got to Seven Tunnel Jcn in plenty of time where another enthusiast told me what order trains would  be coming though but at the time 1001 should have been arriving a HST came through. For some reason the signaller thought it would be a good idea to hold the Thumper and allow the HST through, unfortunalty due to the tight timings I had I saw my train arriving on the other side so sadly there were no photos to be taken there.​

​On arrival at Newport I had a few minutes before it was due so I managed to get in position to get photos as 1001 drifted in looking magnificent as always, as it past my there was the usual bunch from our Facebook group waving and calling me then I noticed that my next train was arriving so it was a mad dash to get on that train.