After travelling back up to London it then headed down to Weymouth.It is seen here at the former Weymouth Quay station on a 15 minute stop.

At the start of the journey at Charing Cross, there were two headboards carried on the unit one each end, the one carried on 203001had a swan as part of the design. 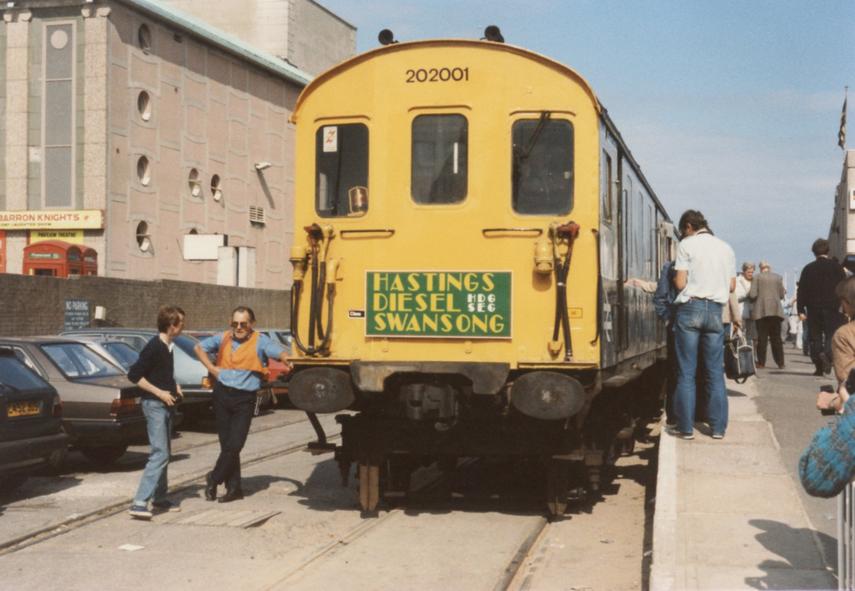 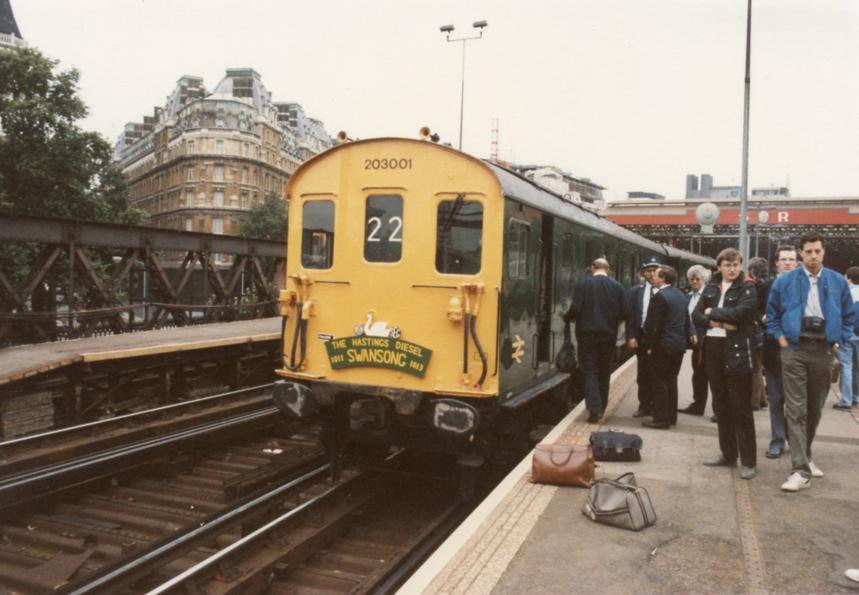 After Charing Cross the train ran down the main line non stop to Hastings for its next pickup. The other headboard on the train can bee seen in this shot on 202001

Operated by The Hastings Diesels Group and the Southern Electric Group