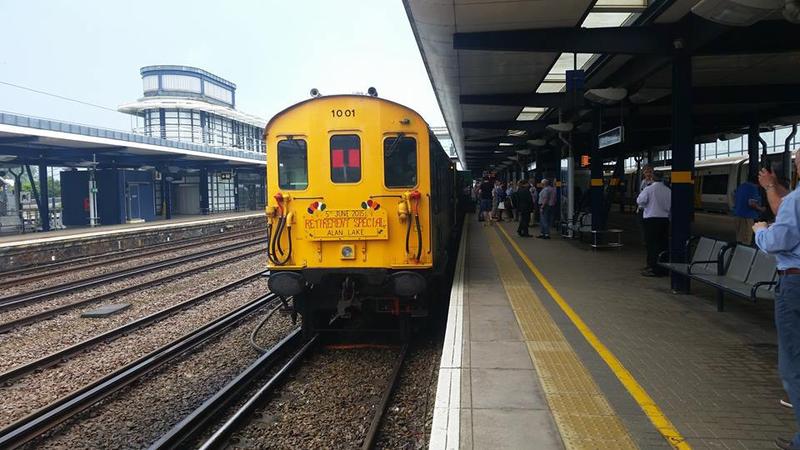 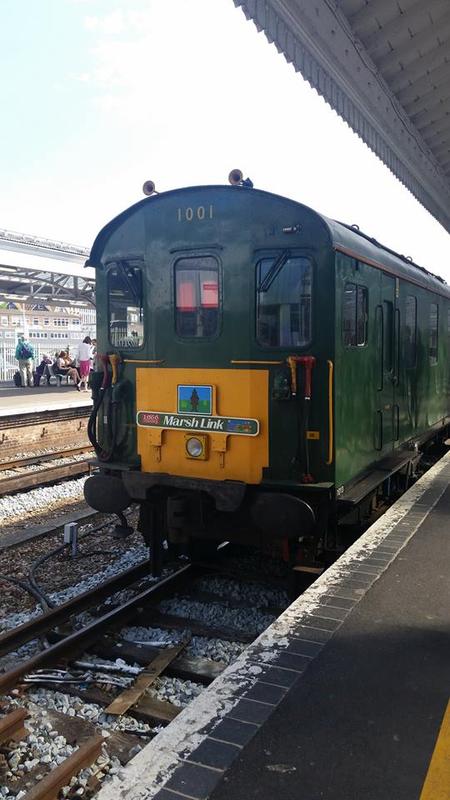 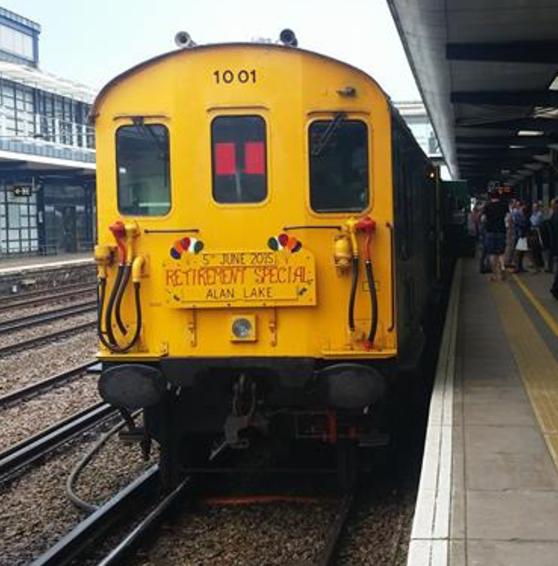 On Friday June 5th Thumper 1001 was chartered by Southern Railway to celebrate the retirement of fellow train planner, Alan Lake. The Charter was from Brighton at 1047 travelling along the East Coastway to Eastbourne, then on to Ashford International Via the Marshlink and back again.

Originally due to be a passenger on it from the depot for the whole 8 hour stint, I then came to end up manning the sales stand for this special trip.

Departing St Leonards Depot bang on 0832, we headed out to Eastborune (for visit 1 of 6 during the day), which a scheduled lay over of 45 minutes in platform 3 (departing at 10:01…. Guess the timer!!), however this never came to light, after a local Mobile Ops Manager boarded and got us out at 0943, right behind the marshlink to Brighton.
Arriving into Brighton platform 7, we were greated by a sea of no less then 210 rail employees, family and friends of Mr Lake, as well as one of the Southern Train planners all dressed up as a BR Station Porter (a photo I forgot to get).

After a swift 10 minute turn around and boarding, we departed on 1Z63 to Ashford bang on time at 1047.

As soon as it was announced that the free bar was open for business, the crowds swarmed to get their free beer and grub, with the 220 bottles of beer being gone by the time we reached Bexhill on the outbound trip (around 1 hour after departure!!). A bit of rare track was had on the outbound going through Lewes Platform 5 instead of 3.

By the time we arrived at Bo-Peep junction, the promised rain came, and came hard, the daring few who wanted their Hastings pictures got out in the storm in our 10 minute pit stop, but the majority (and the wise) stayed onboard and enjoyed what was left of the free bar.

Arriving into Ashford just as it stopped raining, more photos of the iconic unit were taken in platform 2 before departing back for Brighton with headcode 1Z64 at 1300, by which point, the traces of rain had completely gone, making for some nice thrash out of the station and onto the marshlink line.

After 2 non-stop runs through Rye, another pit stop was had at Hastings, however, this one was to re-stock on Beer for the return trip. Amazingly, over 180 bottles of beer were loaded onto the train in just under 3 minutes!!, however, the news got round fast and with the ques starting from Ore (before we got the booze onboard), all alcohol was gone in under 15 minutes.

On our arrival it was decided a group photo with everyone onboard was to be taken at the head of the train for Alan, a task which took a bit of adjusting of the train in the platform to get right (2 shunts forward to be precise).

Arriving back on the London end of platform 8 at Brighton, the mass of party goers left the train and gathered around the end of the platform to see it off on 5Z64 back to St Leonards, with but is crew left on board.

Traversing yet more rare track crossing over at Hampton park for the Hastings line instead of Eastbourne (due to congestion in the platforms), we made our way back into the depot, again arriving dead on time at 1618.
A good day was seemed to have been had by all on board and I am sure it will be a send off Alan won’t be forgetting in a hurry.

Thank you to Hastings Diesels for allowing the use of such an iconic unit to be used for such a special occasion, and Thank you to Alan Lake for organising it all, we hope you have a brilliant and well earned retirement.