The last image is at Southfleet where by the looks of the overgrown platform the station had been closed for sometime.

We were recently obtained these images from Ian Cuthbertson on a DEMU railtour on March 21'st 1970 called the London and North Kent No2,

presumably there was a pervious tour which was refered to as No1.

The tour started at Clapham Jcn picking up around South London before headed into deepest Kent .

The units used was the unusual combination of 6B Hastings unit 1033 and 2H Hampshire Unit 1119, apart from stock moves this is the first time I have seen the two classes used together in passenger service 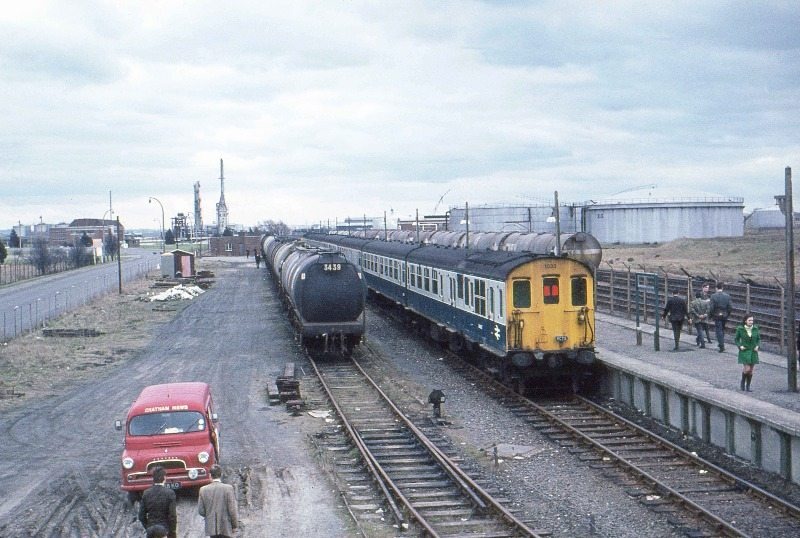 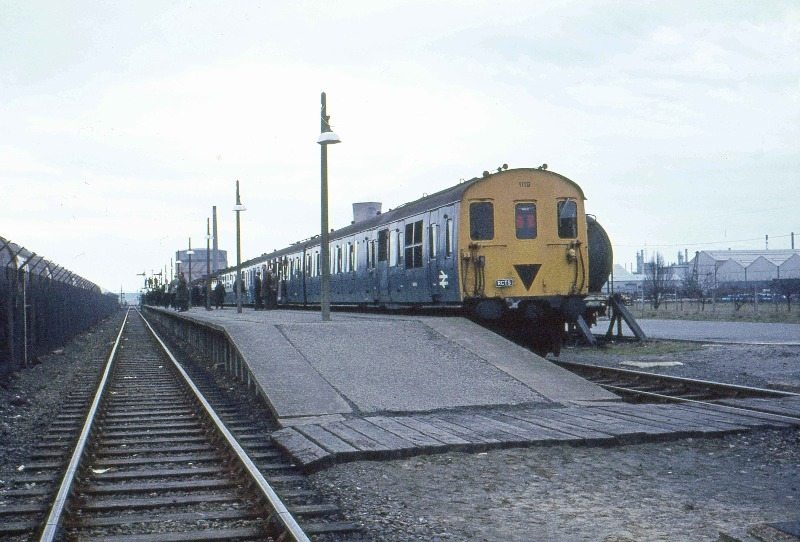 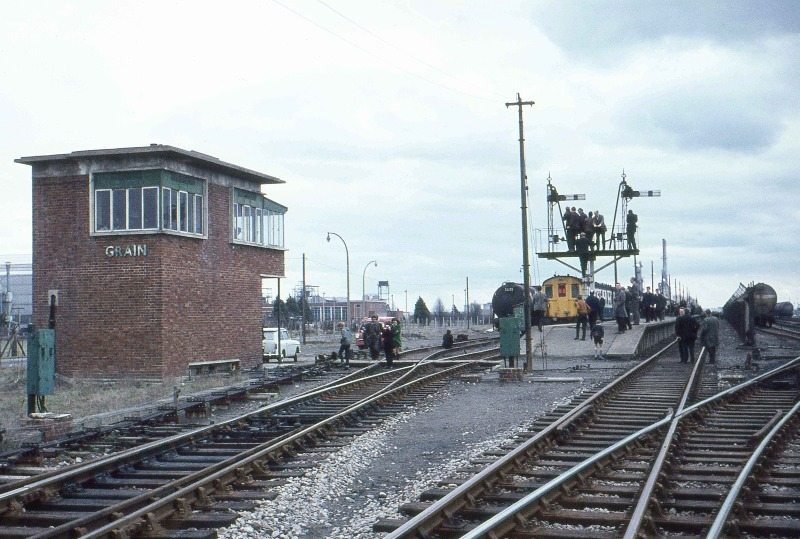 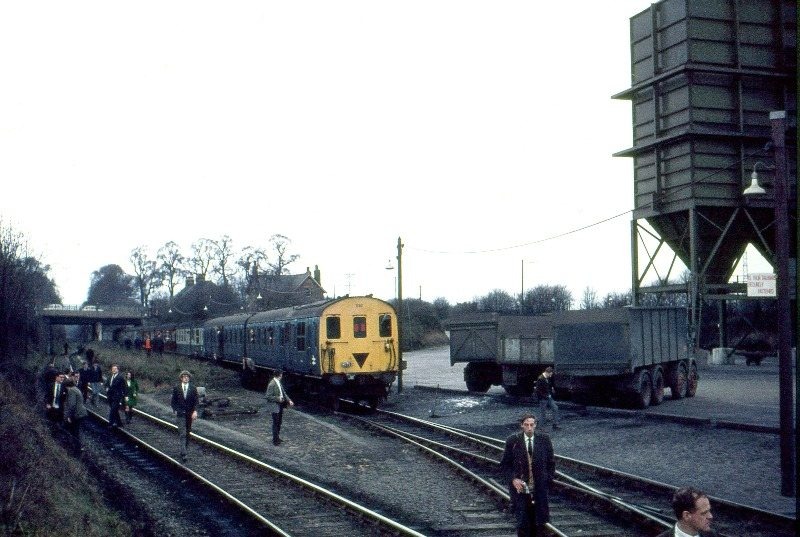 The other end of the train had 2H unit 1119 which compared to the Hastings unit looks a little drab in plain blue livery.

Another view of 1033 at Grain, can you imagine enthusiasts being allowed to climb the signal gantry with todays health and safety rules.