The other heritage train in the are that day was LMS 46100 Royal Scot.

It was on an empty stock working to Bristol and was part of a double headed combination with 33207. 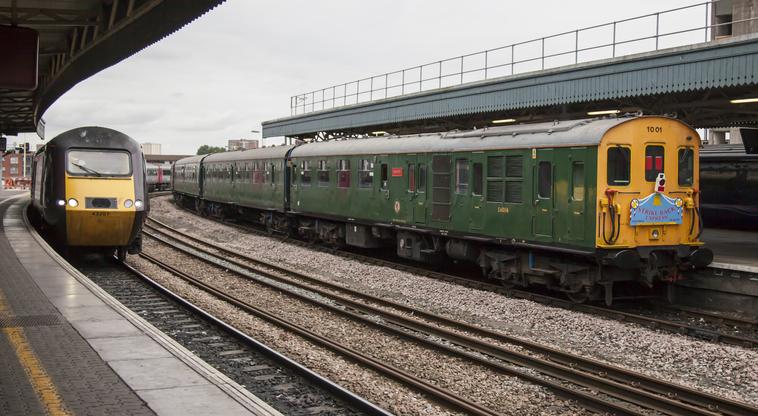 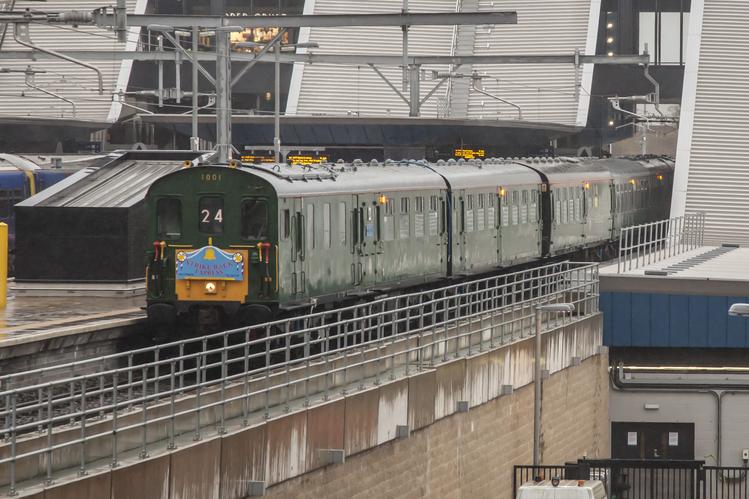 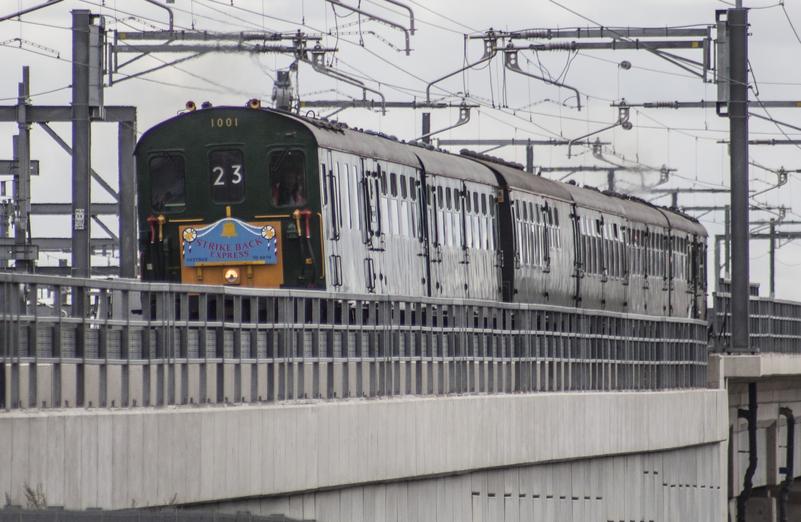 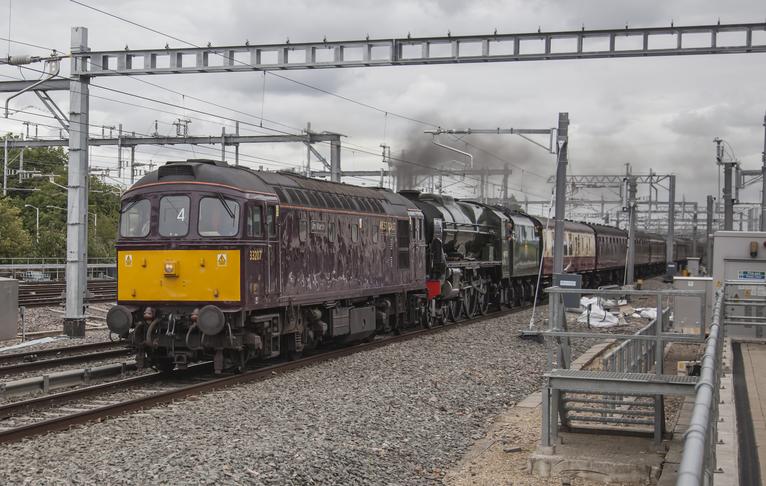 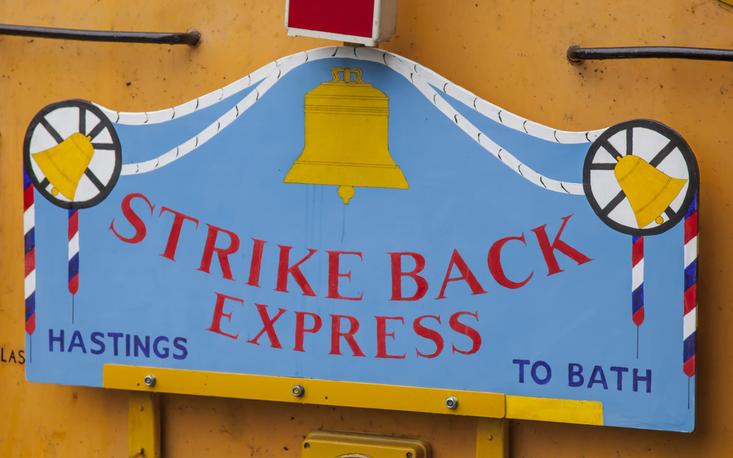 1001 coming off the new viaduct at Reading on the outward journey, at this point it was running over half hour late due to a signal failure in the Redhill area

After the unit left Bristol as it went the long way round back to Reading I was able to get ahead of it on the next London train to intercept it at Reading.

By the time I got there the light was starting to fail and it was raining heavily, so as it was diagrammed for platform 15 there is a multi story car part alongside so I headed there and got some photos in the dry 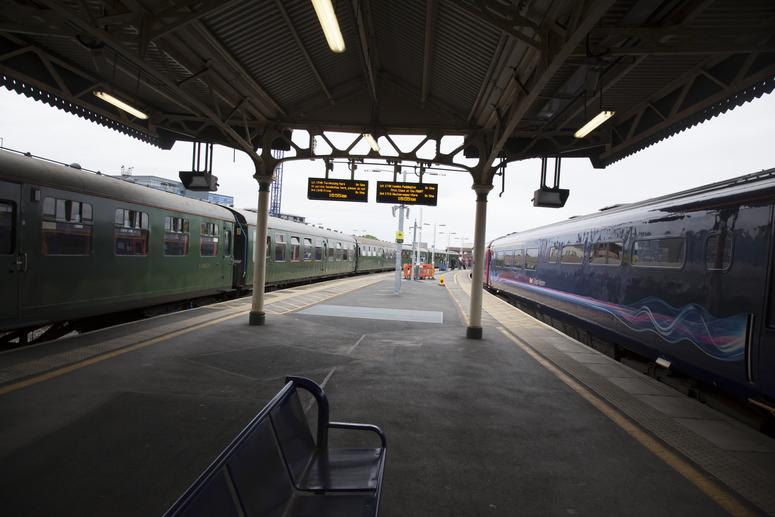 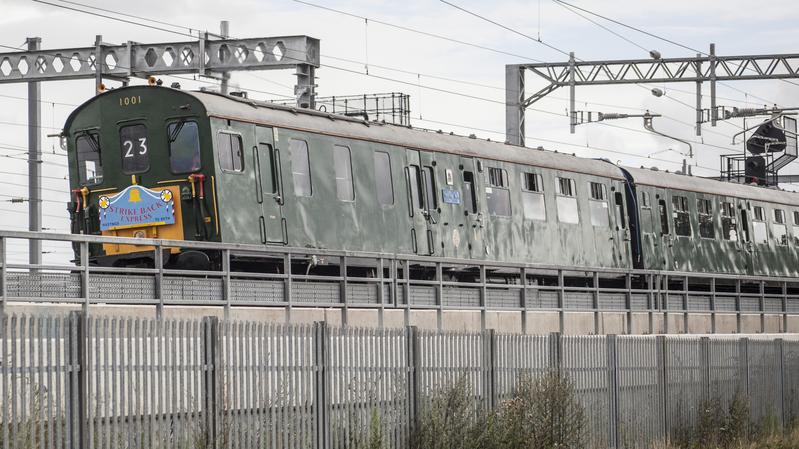 After seeing the Scot leave it was a mad dash down the platform to see the Hastings Unit come in . 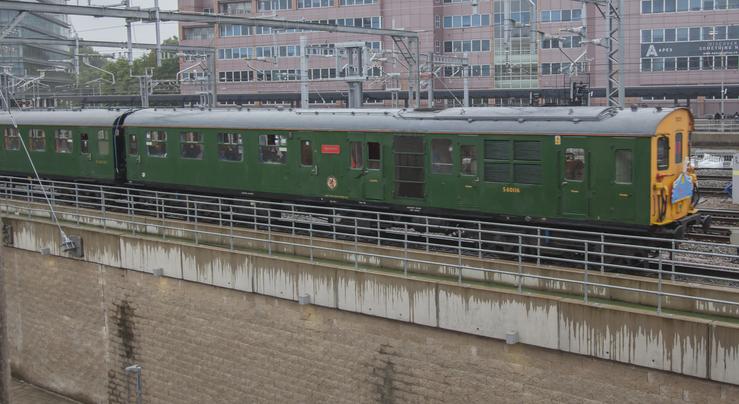 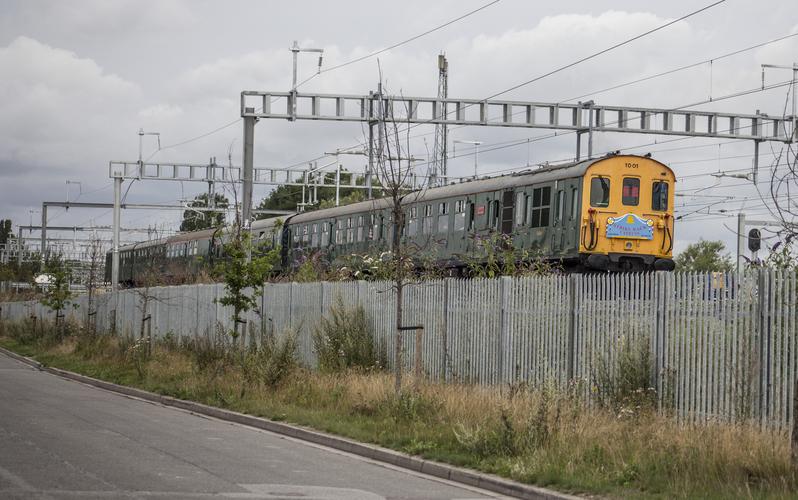 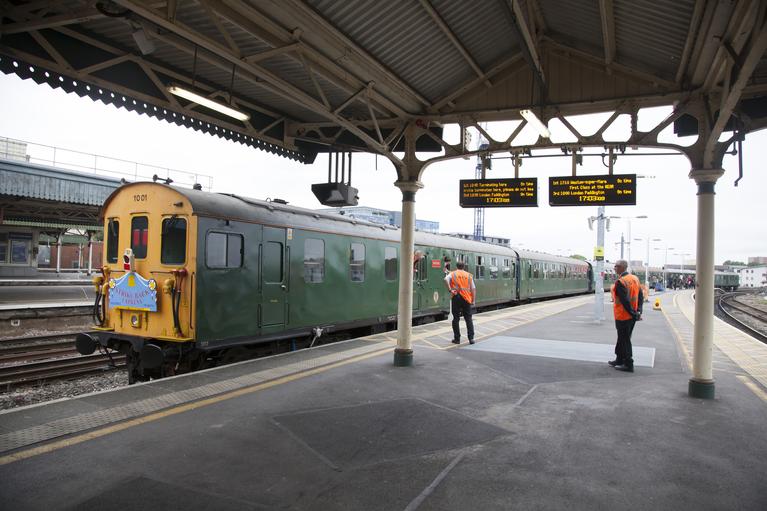 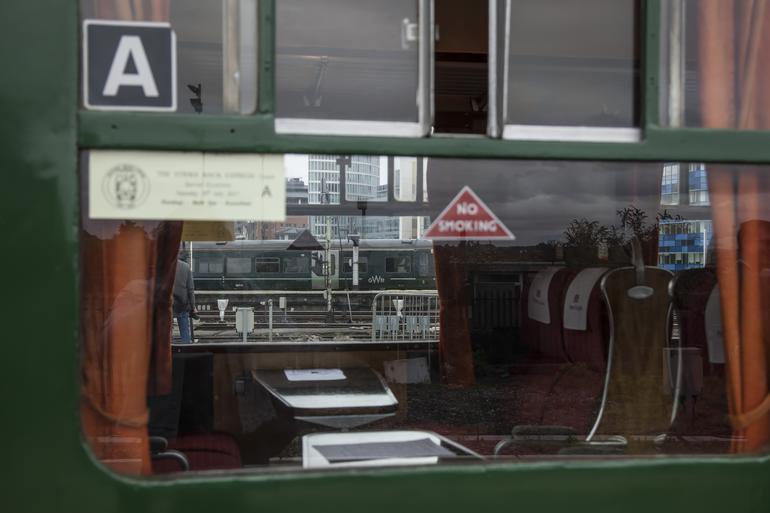 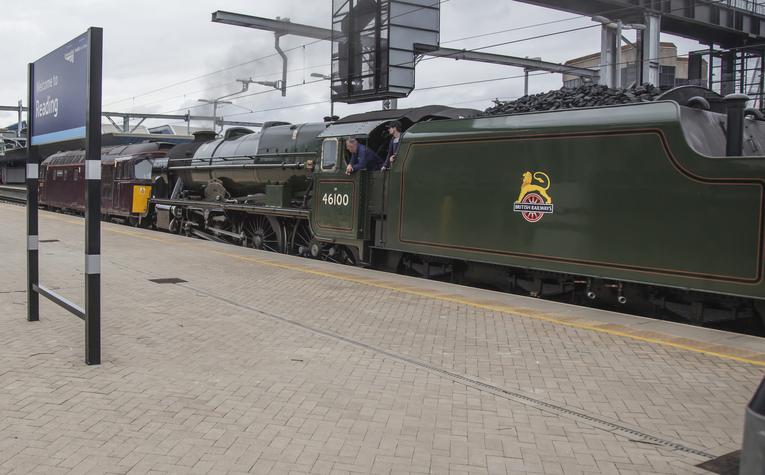 The Strike Back Express 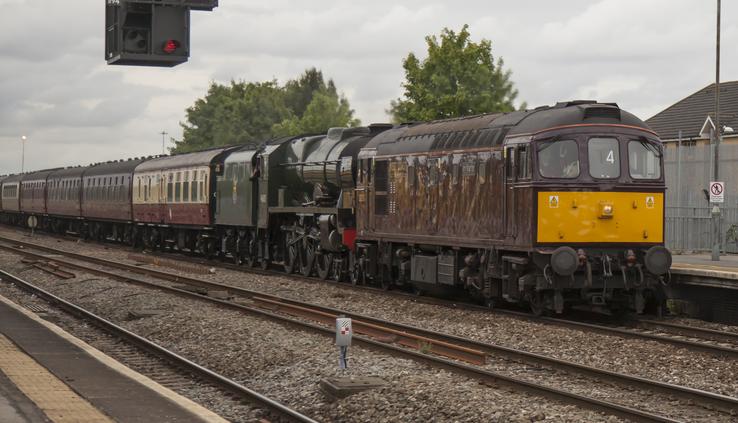 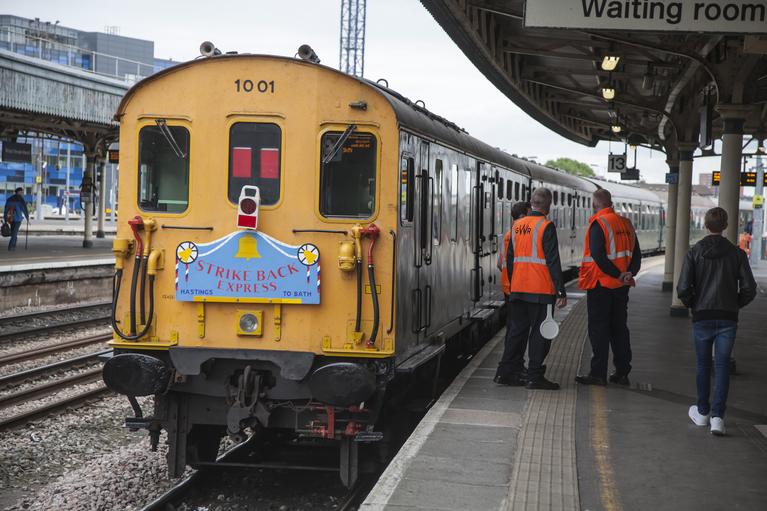 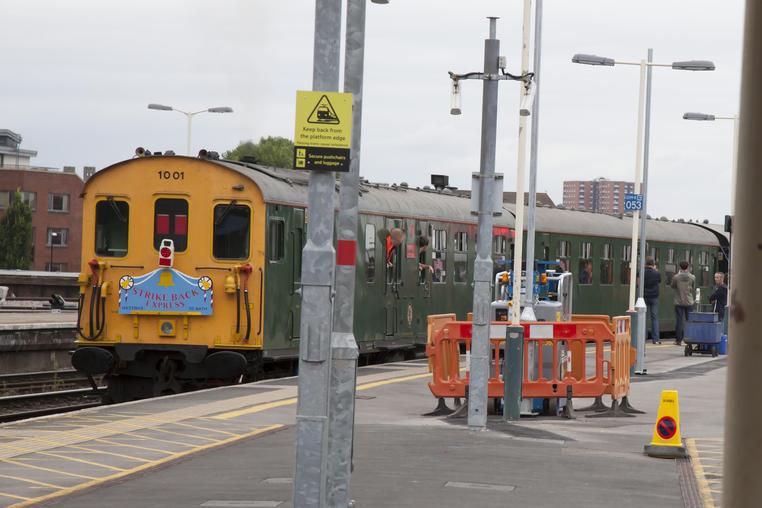 On 29th July 2017 Hastings Diesels ran the Strike back Express in aid of the Strike Back against Blood Cancer charity.

It ran from Hastings to Bath and Kynsham then empty to Bristol.

On the same day steam locomotive 46100 Royal Scot ran from Southall to the West Somerset Railway, so the callenge was on to see both trains in as many places as possible