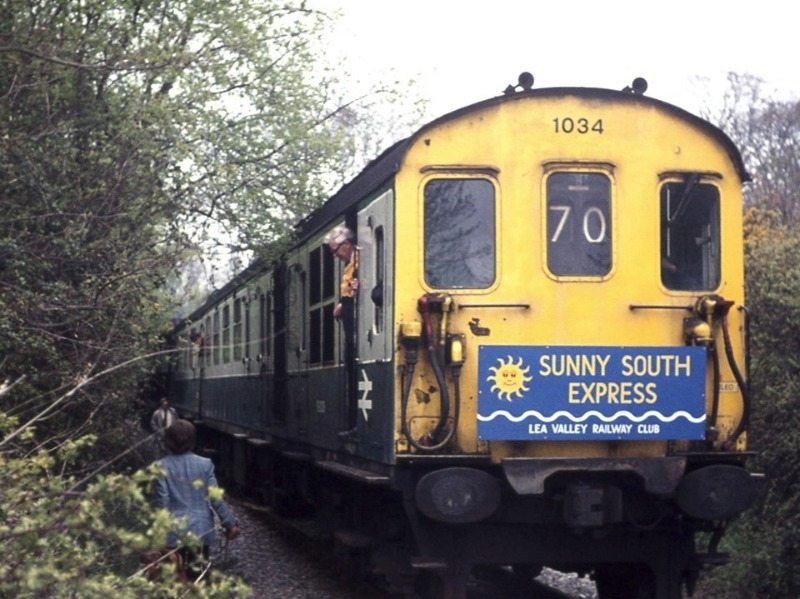 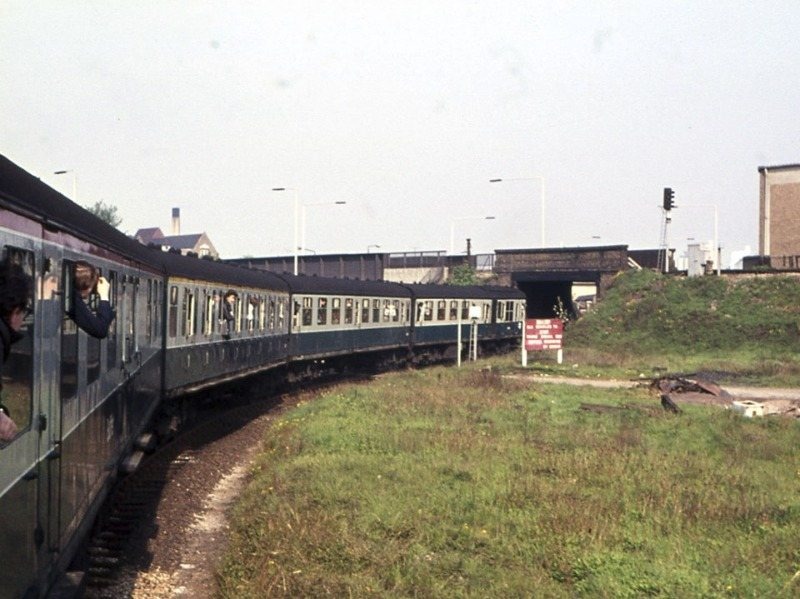 Notes:
(1) To crossover just past turnout of line to Murphy Aggregates.
(2) To accommodation crossing short of loop, near mp 55¾.
(3) Confirmation on exact movements at Chichester required, timing sheet had "Stops to shunt - Do not alight".
(4) To just beyond Brandy Hole Bridge.

This tour was organised by the Lea Valley Railway Club and was operated by 6B Hastings unit 1034. Nowadays the running of rail tours on Saturdays is less common, but at that time one or two organisers did run Saturday tours. The tour’s name recalls the old Birkenhead to Margate express, although on this occasion any calls at south coast resorts were purely coincidental.
The tour started from Charing Cross and it is perhaps surprising that capacity could be found for it there. We ran via Lewisham and Blackheath to Charlton, where we reversed and ran under the Greenwich line to the freight terminus at Angerstein Wharf. Of course, the passenger services were less frequent then, and it would be hard to find a path for a reversal now ; even in 1976, the turn round had to be quite slick.
At Angerstein, as at all our stops, participants were free to alight from the train as best they could ; the younger ones of us jumped from any available door ; some used the guard’s vans and some enterprising individuals liberated the emergency ladders from the guard’s compartments.

From Angerstein Wharf, we ran via Dartford and Faversham to Shepherdswell. A slow passage through Faversham allowed a photo of the Class 71 that always seemed to be berthed in the spur just off the down platform. One notable event during this run was that one of the two drivers came through the engine compartment while the train was running, in order to get to the buffet car! It took him some time to pass through the train as he stopped to chat to the passengers.

At Shephersdwell, the train reversed and took the sharp curve onto the Tilmanstone Colliery branch. Here, as at all subsequent stops, the train stopped on plain line just short of the working terminal. Presumably the termini were all privately owned, but some participants found it frustrating.

The train returned to Shepherdswell, and then followed another long run to Haywards Heath via Dover Priory, Ashford, Rye, Hastings, and Eastbourne, so we did share the route of the original Sunny South Express for a while ! As I recall, the train had to shunt at Haywards Heath to gain the down loop in order to run up to Ardingly. Next it was back to the coast at Hove, running to Shoreham and up to Beeding Siding – the only one of the Sussex stops where the train terminated in open country where good shots could be obtained.

Finally, we continued to Chichester and the Lavant branch. The final leg of the journey was up the “old” mid-Sussex routing via Horsham, Dorking and Sutton, and thence to Victoria via West Croydon and Selhurst where we were booked to use the “emergency spur” onto the up through line; but we actually ran up the slow to the disappointment of serious track bashers. The emergency spur was removed when the junctions were re-modeled in the early 1980s. Another unrepeatable moment was running a DEMU into the Brighton side at Victoria – no shopping centre above the line in those days so plenty of ventilation. The final return to Charing Cross was achieved by running via Crystal Palace and Sydenham, although by now it was dark and many participants left the train at Victoria.

I don’t have any specific recollections of the running of the train but I do recall that despite the complicated routing it ran pretty much to time throughout. 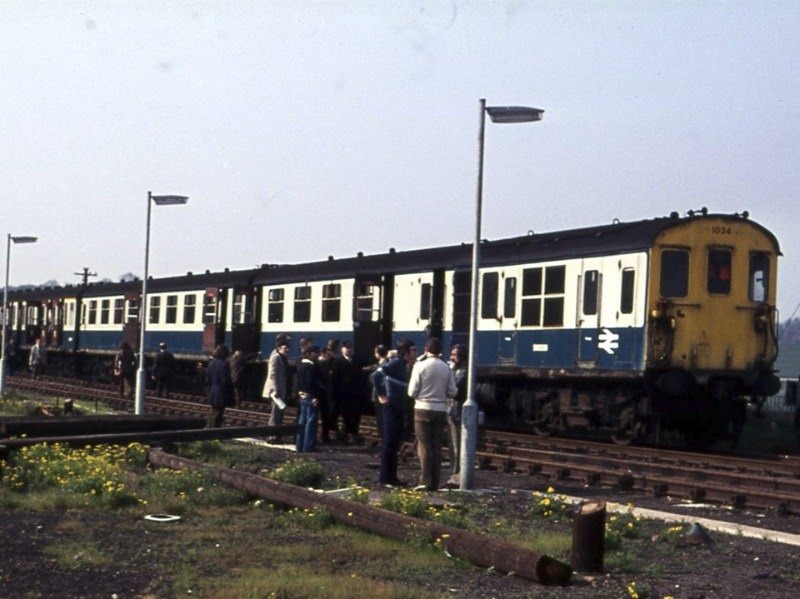 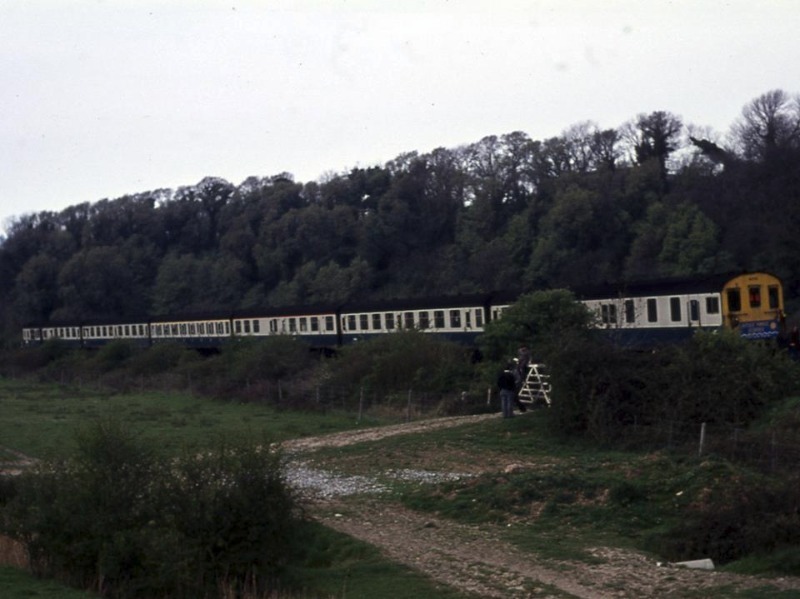 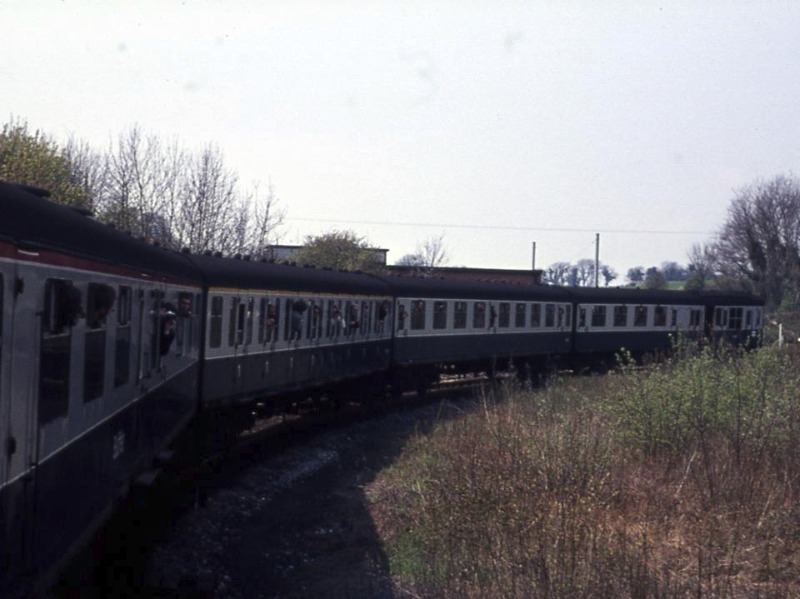 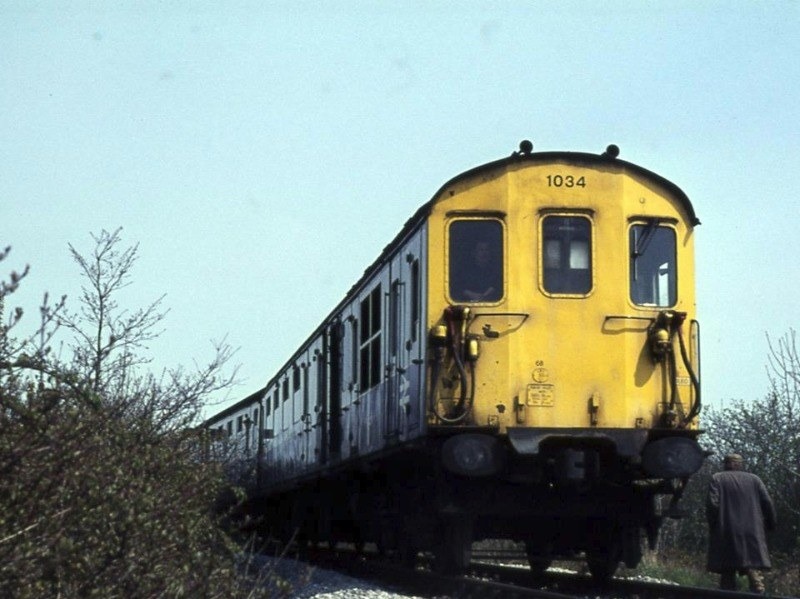 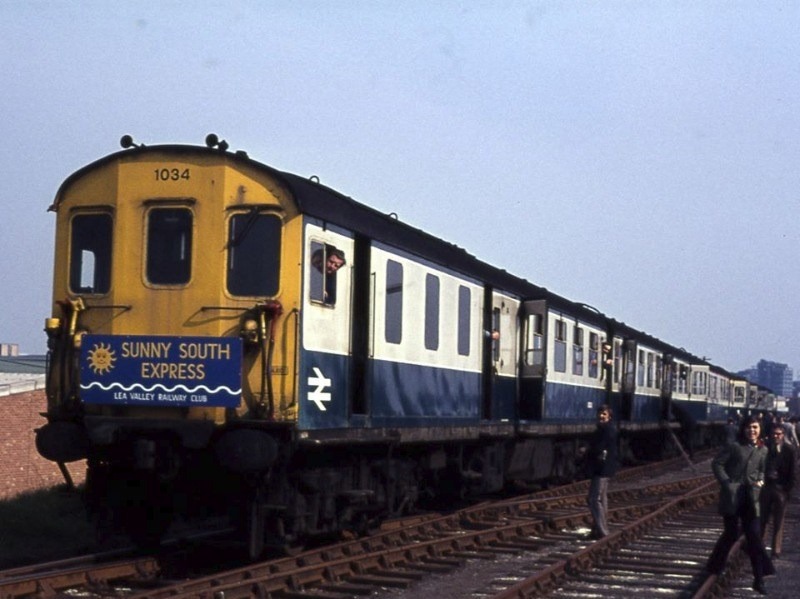