After Willesden its next stop was a photocall at Liverpool St so I thought as the North London Line can be a bit slow I nipped to the low level station and caught a train to Euston then onwards on the Circle Line to Liverpool Street where I arrived a good 15 minutes before the Hastings unit.

Unfortunately it was routed into platform 8 which is a difficult platform to photograph as there is supporting pillars alongside, also to add to the difficulties there was a 4 car EMU stabled in the platform which meant the rear Motor Car was still in the dark area of the platform 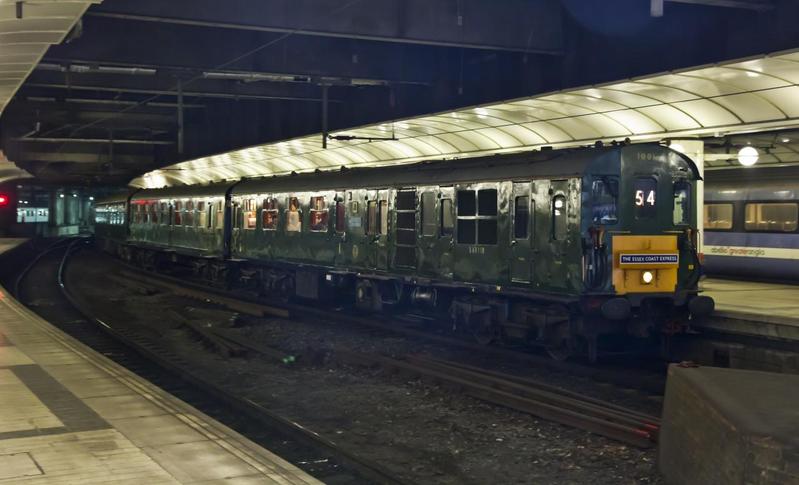 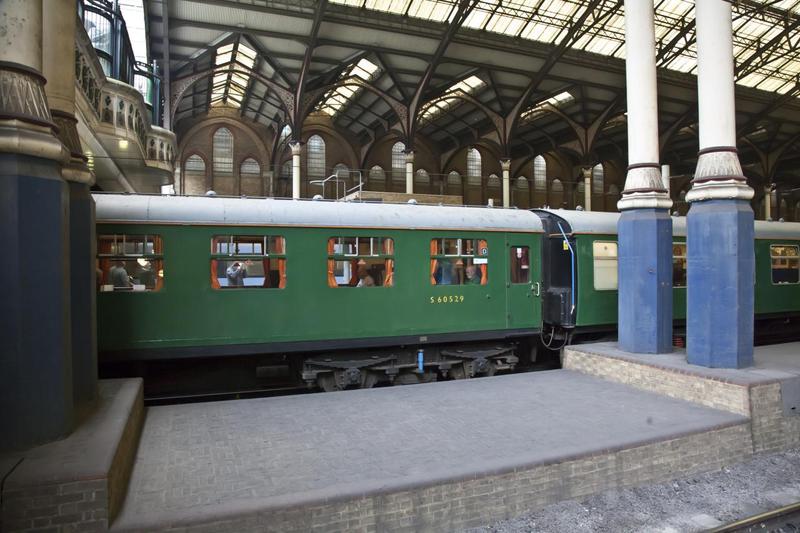 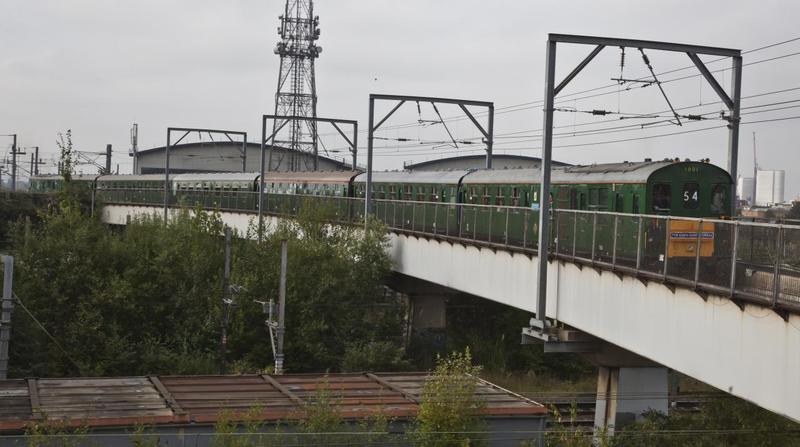 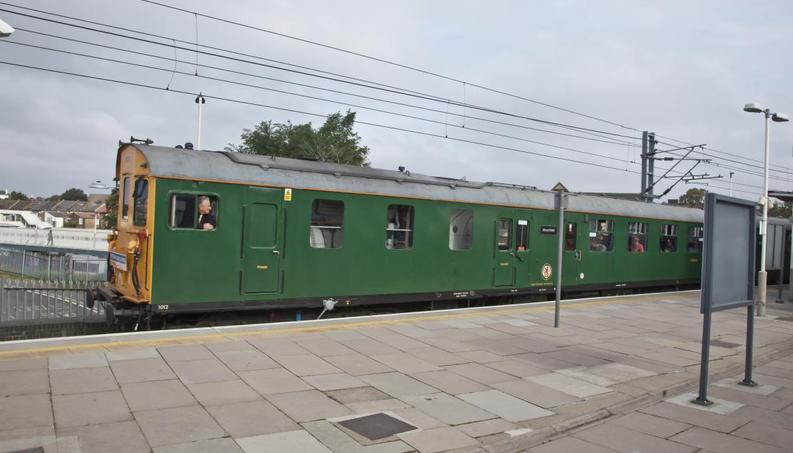 After leaving Colchester I overtook the unit at high speed when it was in the loop at Marks Tey enabling me to get to Stratford in time for it. This is where my plan started to unravel as there was a train planned to leave 4 minutes behind, so I thought if I'm on the right platform after it passes I can jump on that train which was to overtake it on the North London Line and I will get to Olympia before it.

Oh how wrong I could be, because of the late departure from Colchester it had a knock on effect and my train was given the green before 1001 came into sight. So what did I do, well the only thing a decent photographer would do which is wait for the Hastings Unit and find some other way to get across town.

I left Clacton on the service scheduled to leave before the Thumper, this gave me 45 minutes before the arrival so it gave me time to stake out the station to find the best locations. There was intended to be a stop of 7 minutes there but it had been held near Colchester Town and therefore arrived late. I was at my first location to see it coming in and as I rushed down the platform to get to my second location the signal went green and it pulled off which resulted in me having to shoot into the sun. 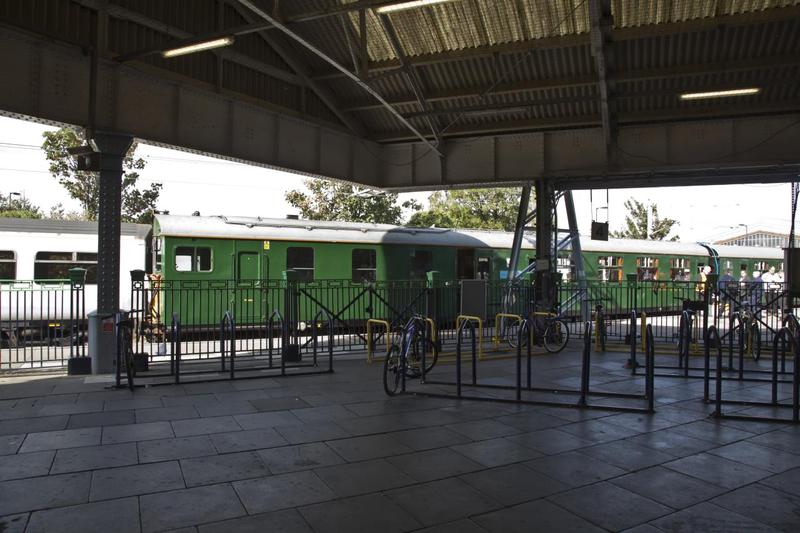 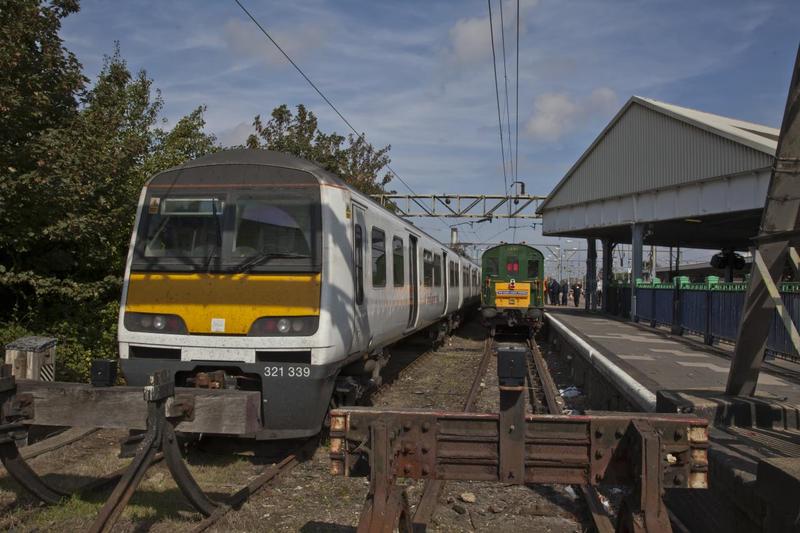 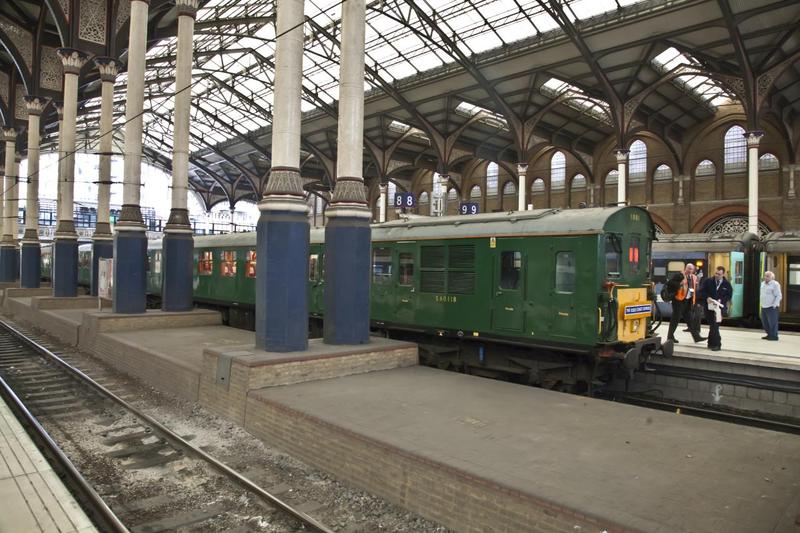 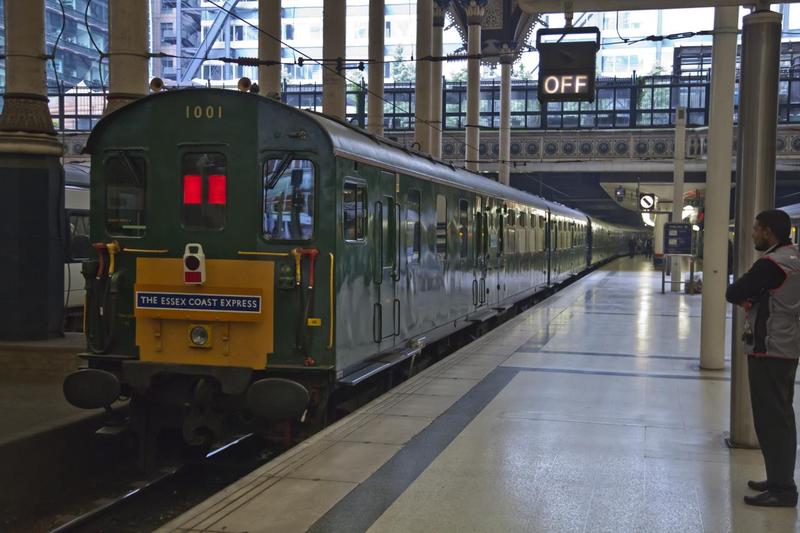 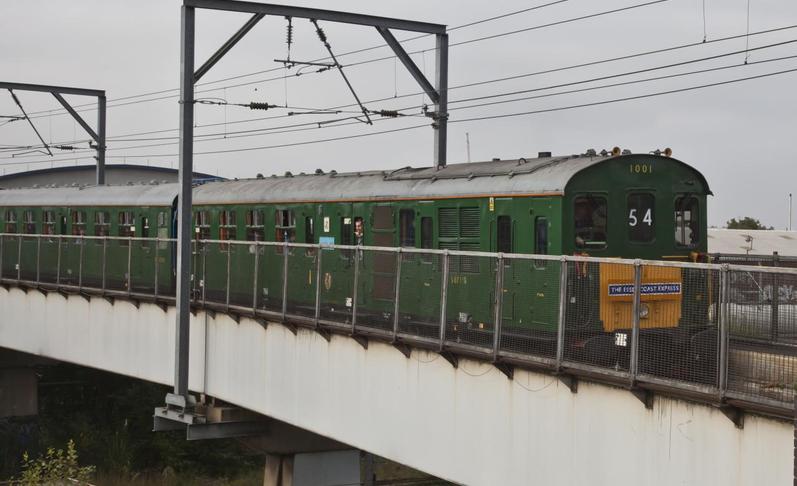 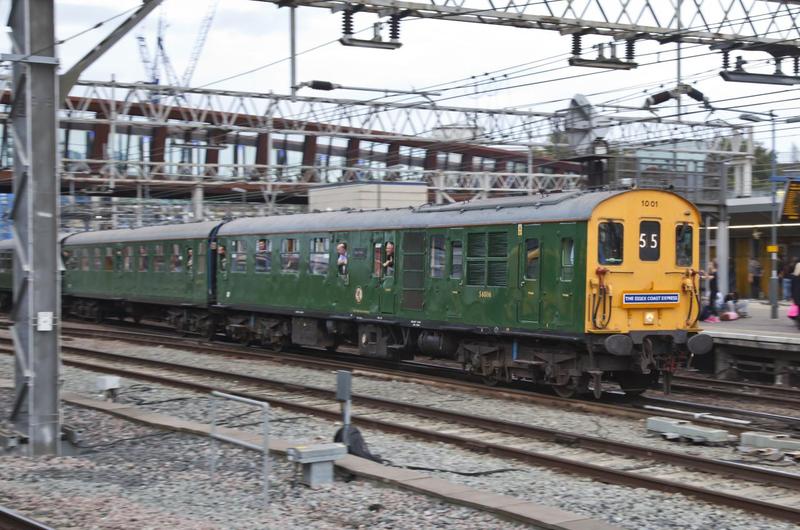 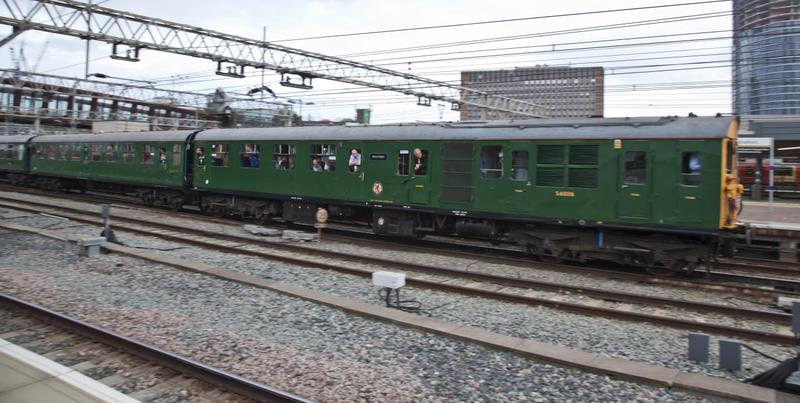 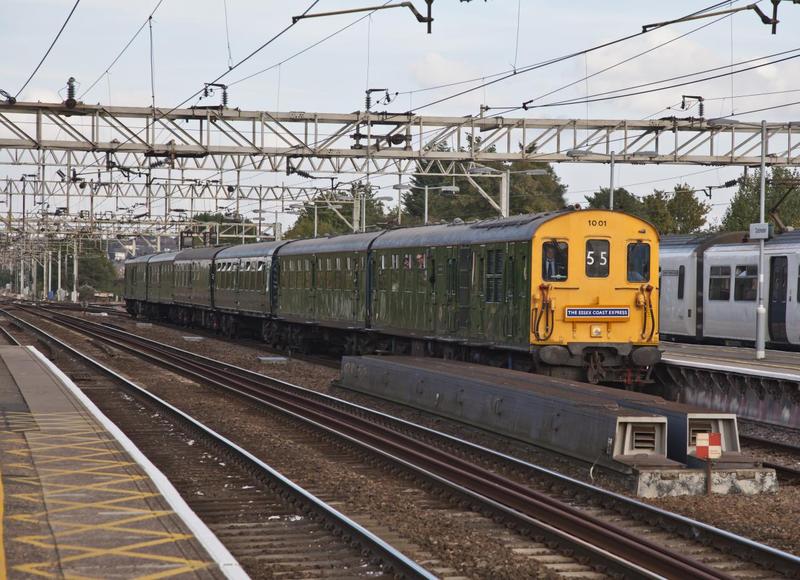 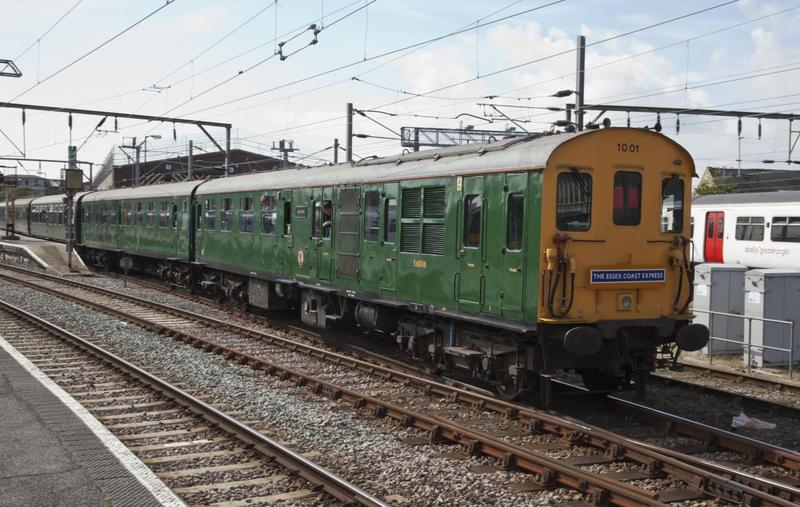 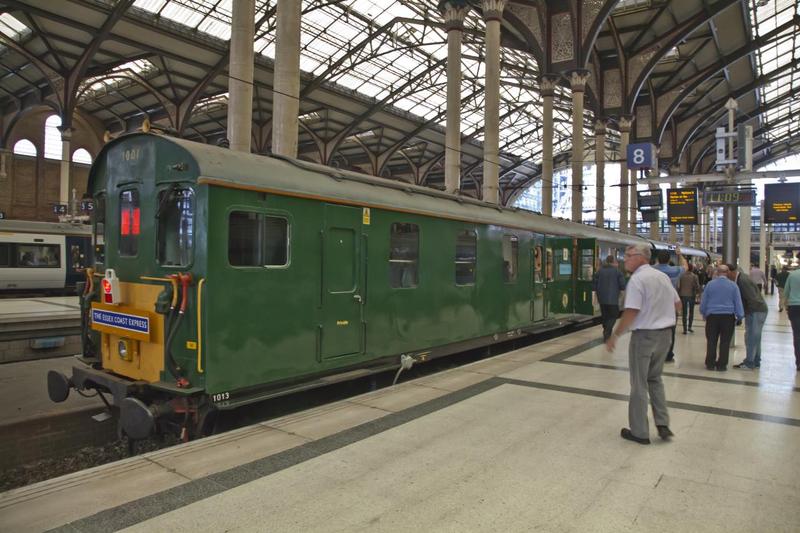 After the late running of Stratford I was able to dash across to the Central Line and get a train to Shepherds Bush, the main line station there is on the North London Line and one stop from Olympia. When I got there there was a reflection of a headlight in the distance, what was it was it 1001, I got the camera out just in case and to my relief it was the train what left me behind at Stratford. After boarding it was only one stop to my final destination of the day at Kensington Olympia.

At the station with light fading fast I got my camera out and waited until the yellow end finally came round the corner. 1001 came drifting in to the station where some passengers departed, but when it left there was one last treat as the driver gave it some Thrash when leaving giving all of the are a musical treat. 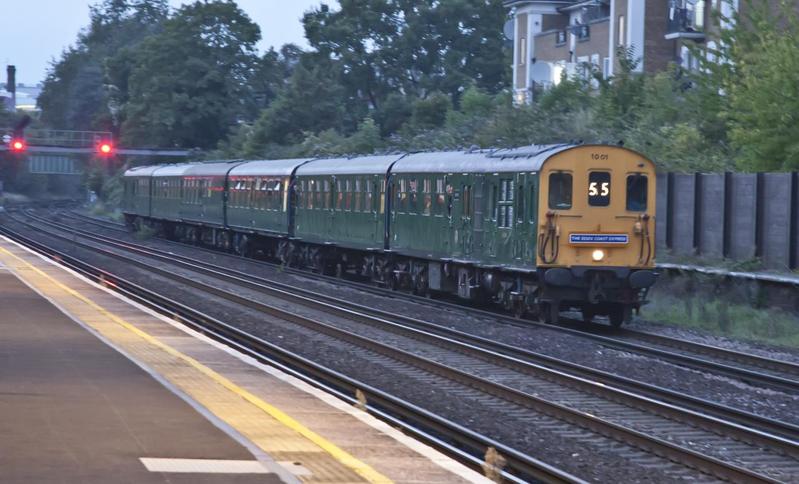 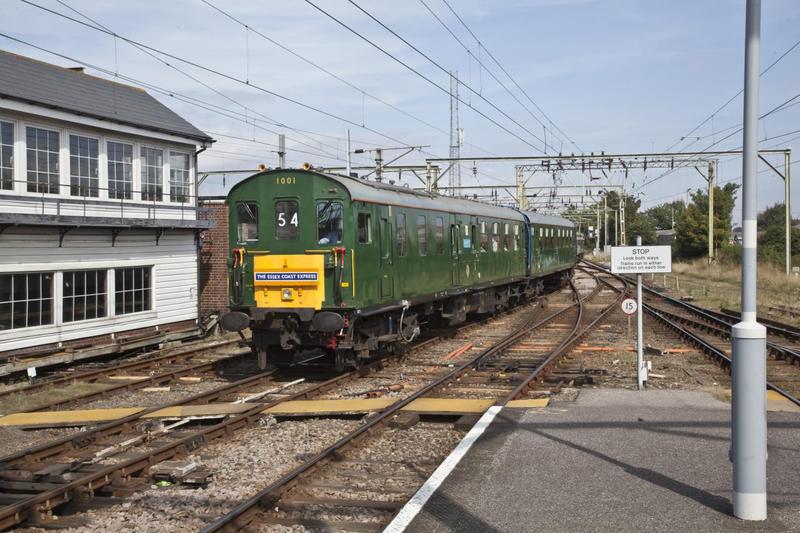 My first stop of the day was to see the unit at Willesden Junction High Level.

The final destination of the tour.

After the train left Liverpool Street I had 5 minutes to dash round to another platform to get the service train to the coastal destination, along the route I saw many photographers who all had big smiles after witnessing a pair of 4SRKT's Thumping along the Main Line.

After Colchester the unit ran down the short branch to Colchester Town so the unit could be reversed, this gave my train a chance to overtake it and to get into Clacton with a lot of time to get into position to photograph the unit as it arrived. 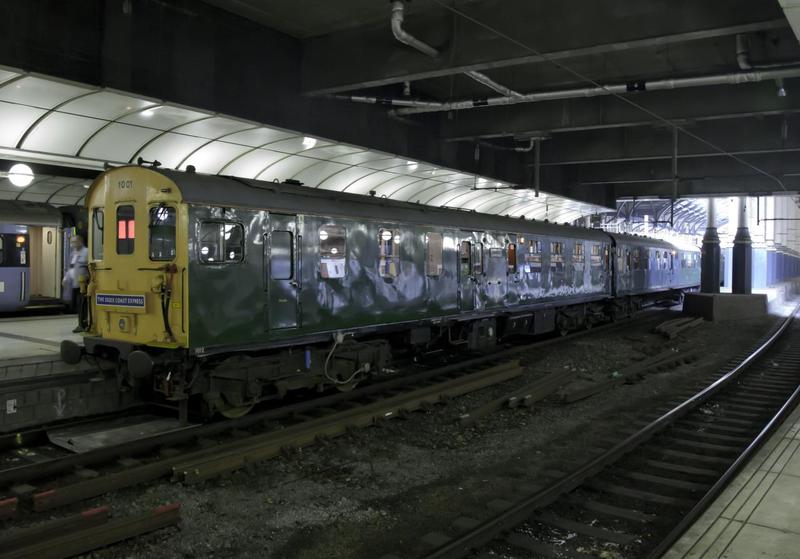 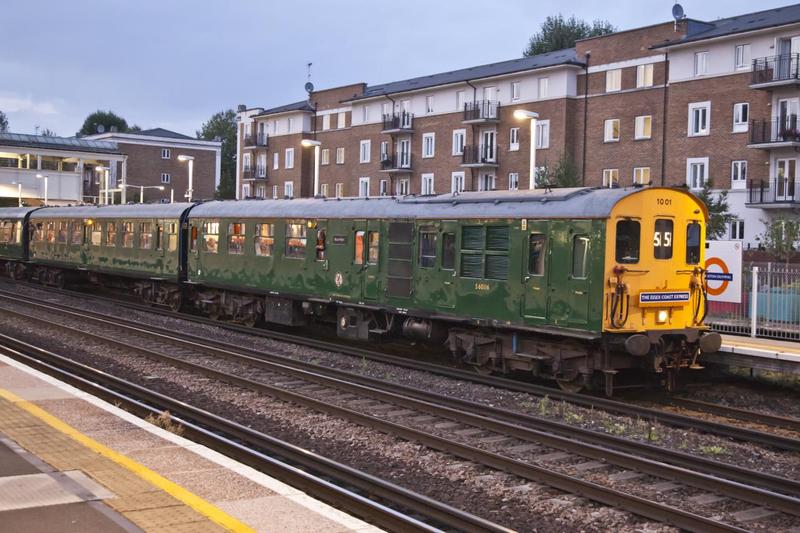 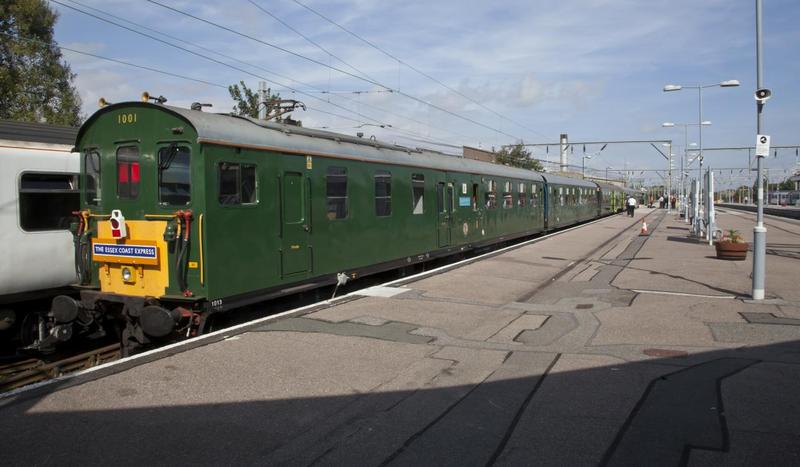 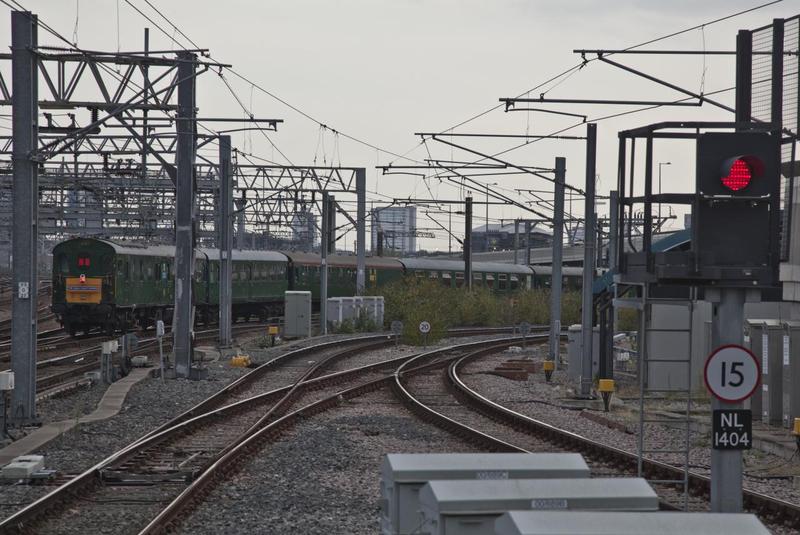 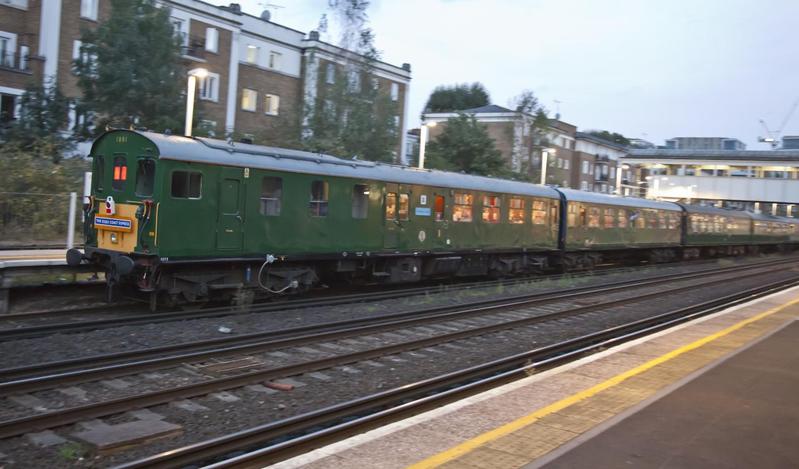 For me I thought about booking the ticket but I thought as I live too far away and the first place I could intercept the tour would be Kensington Olympia which is half way along the route, so I decided to go along and take a few photos instead.

After studying the timings for tour I realised I could overtake and intercept it in a few locations.

I also took some footage of the tour which I put on You Tube, to see it click Here