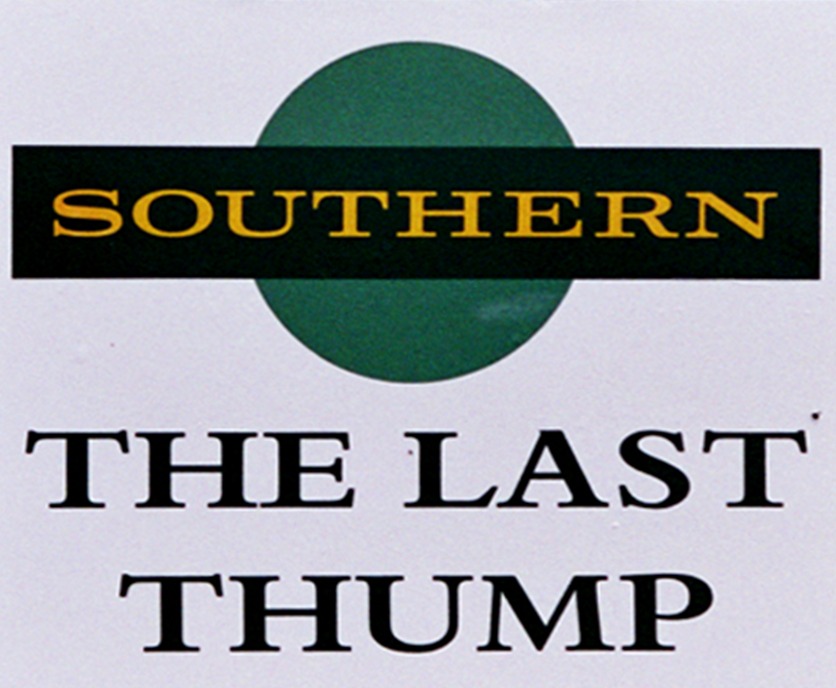 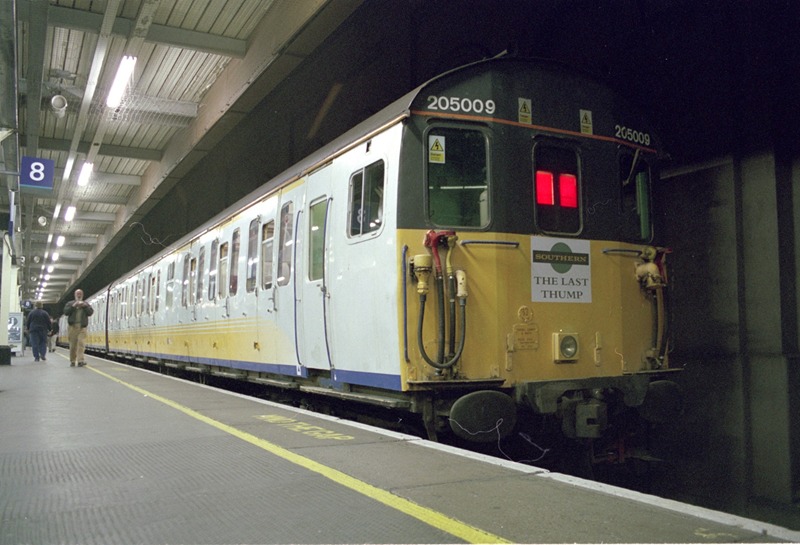 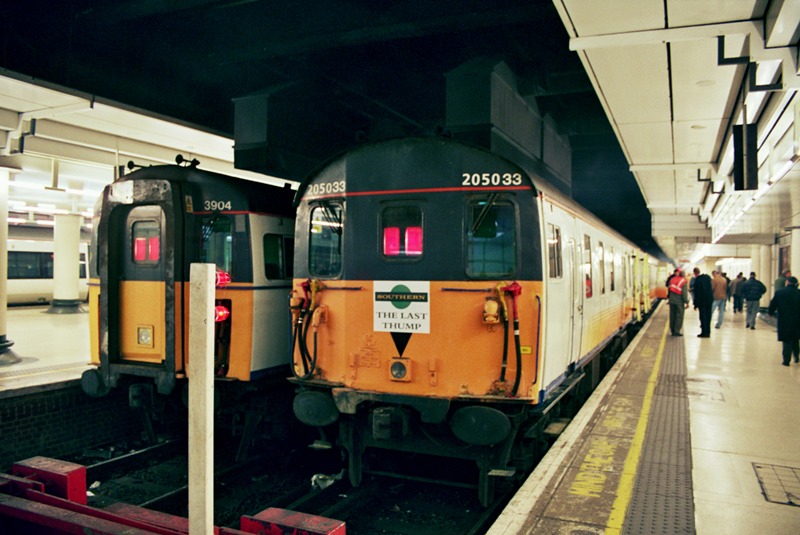 2014 marks the 10th anniversay of the the Last Thump, to find out how this is being marked click here

Heading out of Hastings with '33' at the rear, the train heads back towards Eastbourne 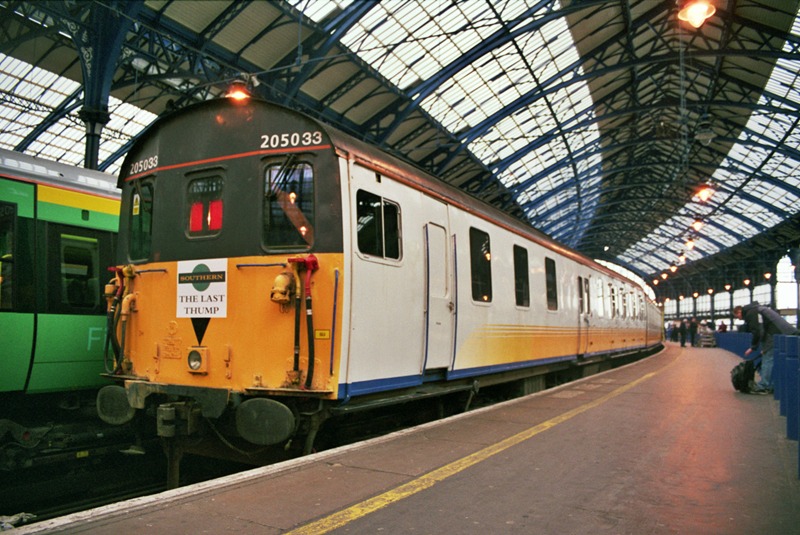 With just 11 minutes before departure, people are still wandering down the platform 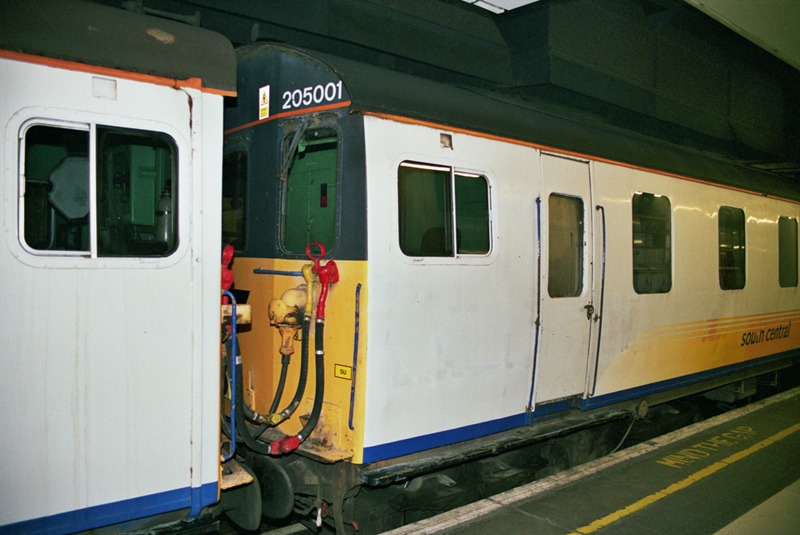 The middle unit was 205001, it's a shame this was stuck in the middle of the train, it could have been marshalled the other way round and it could have led the train on its final trip. 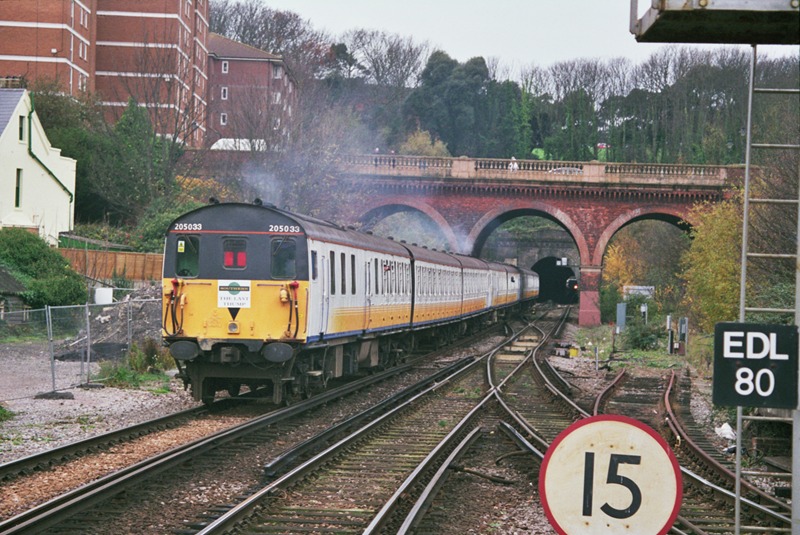 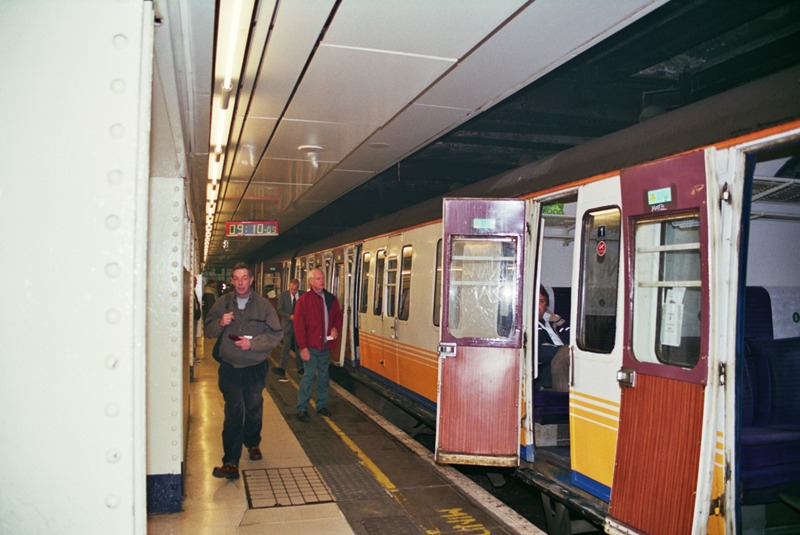 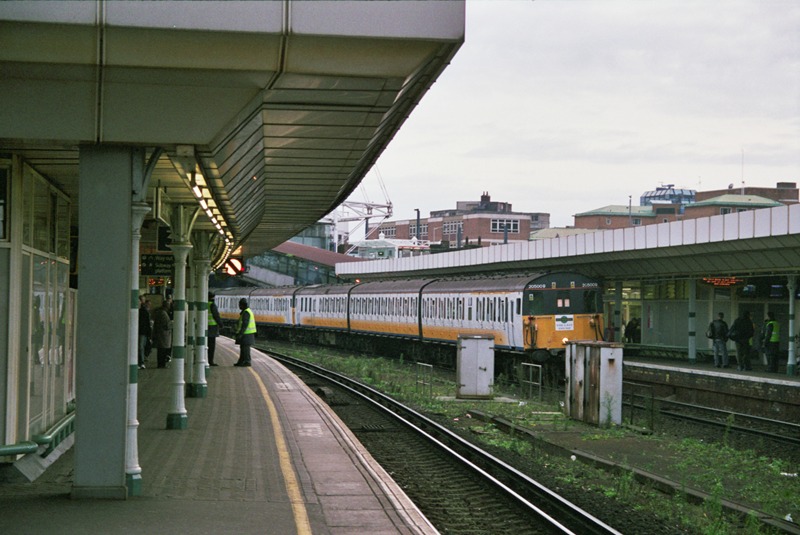 On The 27th of November 2004, the train operating company "Southern" ran the farewell tour for the DEMU's.

It ran out of Victoria covering most of the areas the Thumpers had run to, ending up that evening at London Bridge.

The route planned for the train meant that it had to reverse at several points; so part of the tour was led by 205033 and the other by 205009.

The first leg led by 205033 departed Victoria bang on time at 09:21, where it went straight to Eastbourne via Clapham Jcn, Selhurst, Gatwick, Three Bridges & Polegate.

At Brighton there was a layover before  the Thumper departed on its way to East Coydon. A short stay at East Croydon was just enough for photographers to get their shots, then they departed for Uckfield via Oxted.

By this time it was dark at Uckfield and I gather there were not many photos taken. So I headed over to London Bridge Station to wait for its arrival at its final destination.

There was another special a week later for staff but this was just with 2 units, but this one on the 27th is considered the proper "last Thumper tour".

The complete makeup of the train was