Southern Reg managed to get a number of shots of 205033 around the Chesham and Chalfont areas.

Arriving at Chalfont on the Chesham Shuttle 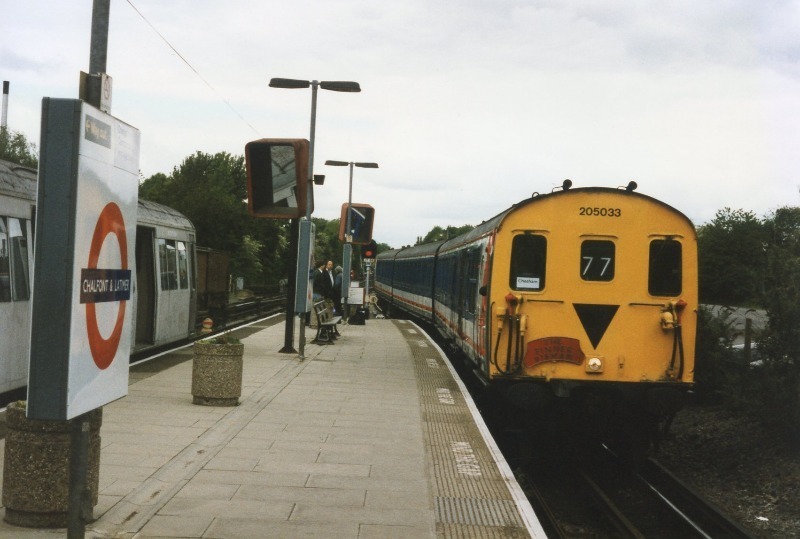 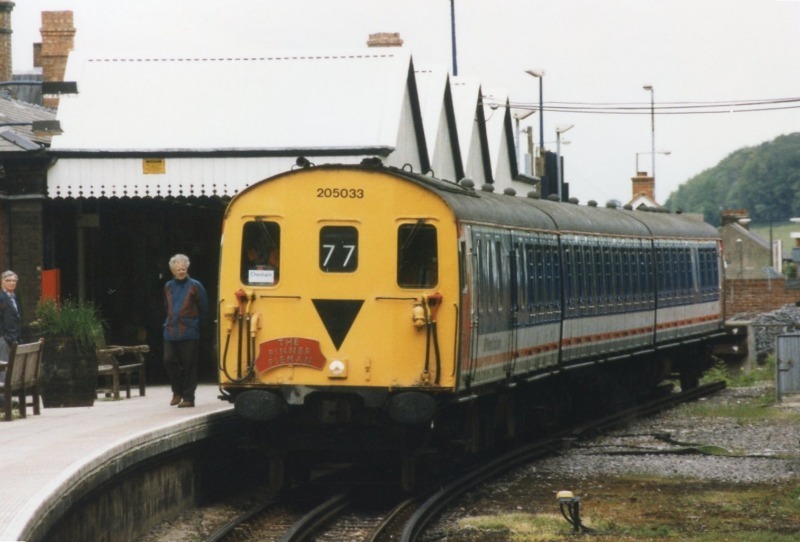 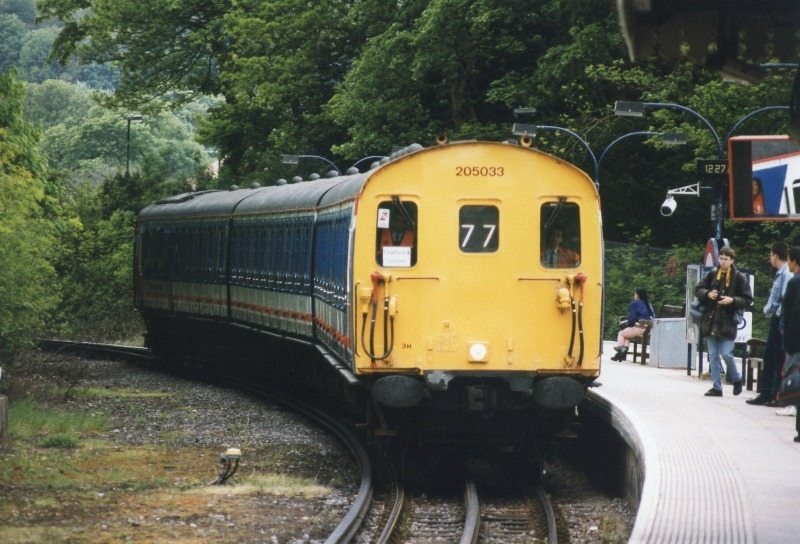 Note the Pilot from London Underground in the cab, when there is a train which is non Underground running on their metals there must be two men in the cab at all times as the Underground signalling system rely on tripcocks to stop the train.

As a thumper does not have such equipment the second person is there to stop the train in an emergency.

Once again thanks to Southern Reg for the photographs

After the tour was over 205033 remained on the Met to provide Chesham Shuttles. The timings below are from Six Bells Junction

Notes :
205033 was then used to provide stock for Chesham shuttles in lieu of LUL Metropolitan line "A" stock, part of the "Steam on the Met" event - timings given below for completeness though did not form part of the railtour. Railtour tickets gave unlimited travel on any/all of the services described on this page, plus LUL services between Moor Park, Watford and Amersham.

Notes (1) Diverted via Clapham Junction due to points failure.