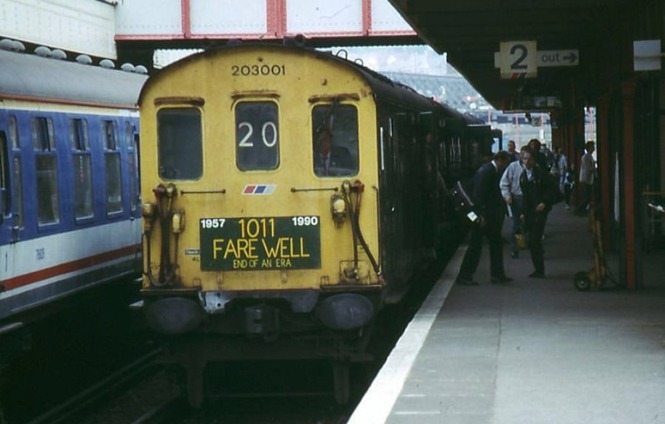 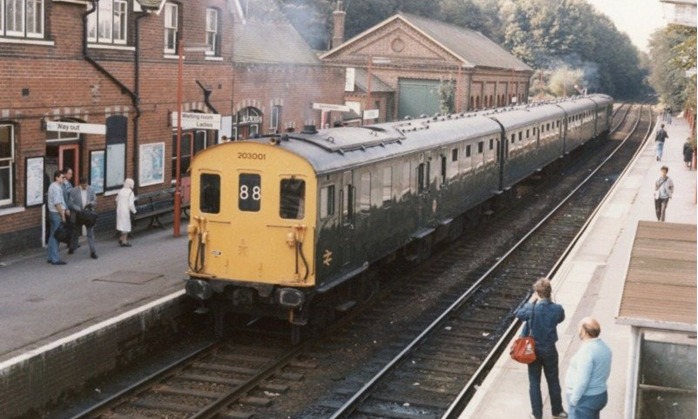 Seen on the Swansong tour, the unit is waiting to depart Charing Cross on August 8th 1987

Both Images by Southern Reg

203001 is another of the Hastings celebrities which lived on a few years.

Origionally all the vehicles from 1011 were used, but after a couple of months two of the trailers were withdrawn and the whole ensemble was painted green.

Many people who remember this unit often mistake it for the preserved 1001 which is running on the main line today, but sadly this one never made preservation.

It often  ran like this on the Marshlink services until May 1990 when it was withdrawn.