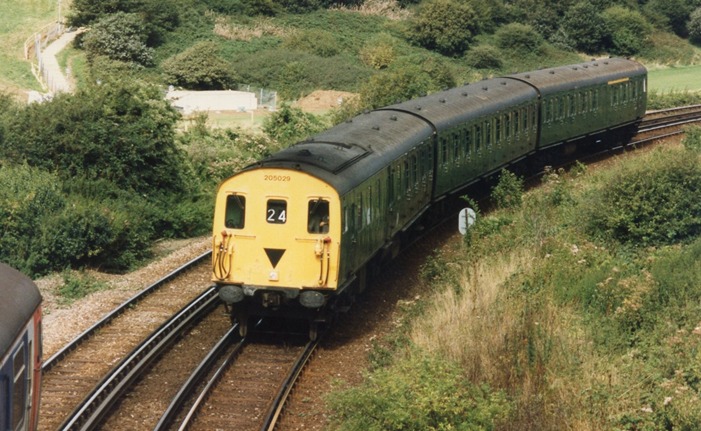 In the early 90's the Southern Region repainted a unit into the original green livery and it  immediately became a celebrity.

If there were any special services which required a unit, as well as the depot open day which were a common sight back then, 205029 was used.

Both images by Southern Reg

Unfortunately just over a month after these images were taken it was involved in a head on collision with another 205 at Cowden.

The motor car was written off and the other vehicles were reformed into 205018. The DTC 60828 has fortunately been preserved and will shortly be heading for the Dartmoor railway having been sold in 2013 by the Pontypool and Baenavon Railway. 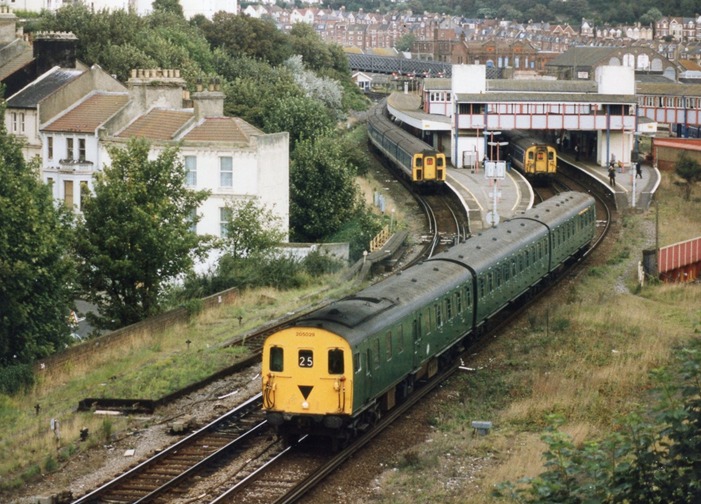