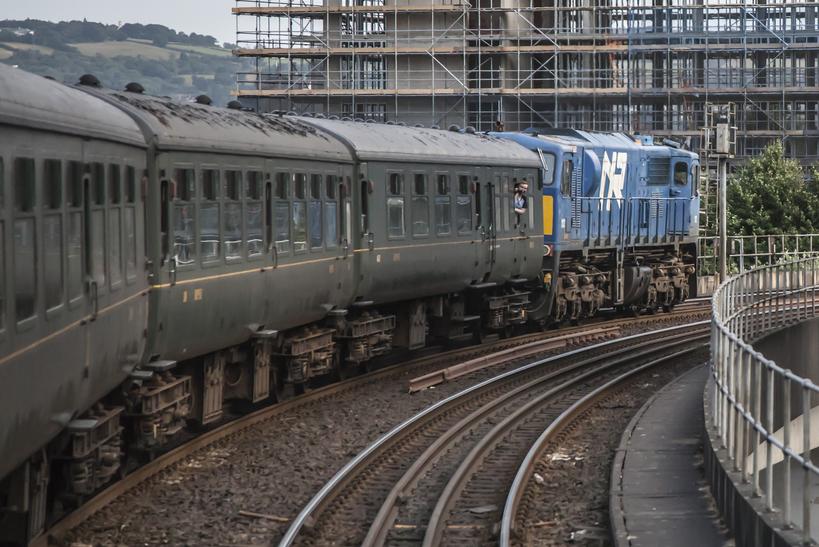 On the way from Whitehead we passed 97 at York Road Depot which is the last Thumper owned by NIR.

The leading coach 728 was once part of a 7Class formation 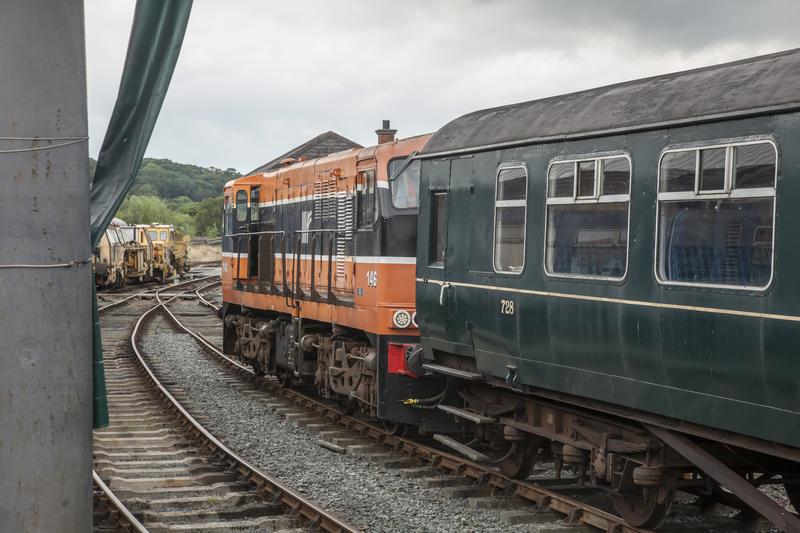 The last day was the Downpatrick visit to see the newly preserved Thumpers.

Again the steam ban hit and 141 class Number 146 was in service.

It's seen below alongside new arrival Thumper No90 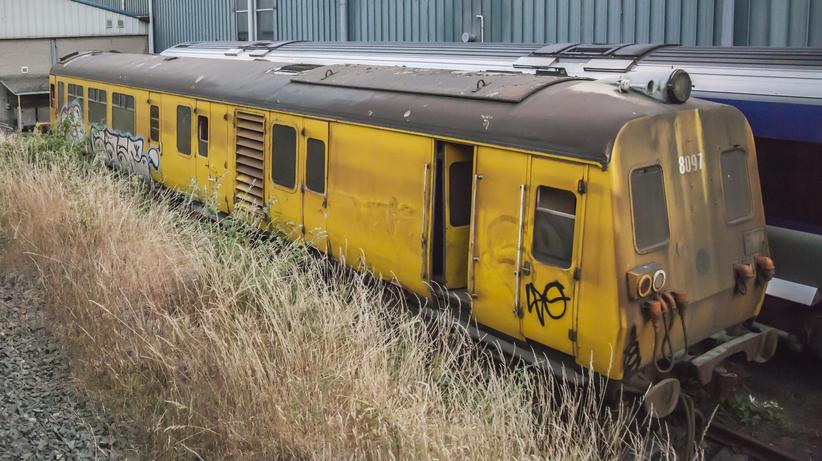 The next day I paid a visit to the museum at Whitehead where there is one of the smaller GM's the 141 Class. This is slowly being repaired by a small team but is also used for shunting in the yard so 142 currently has a mixture of liveries. 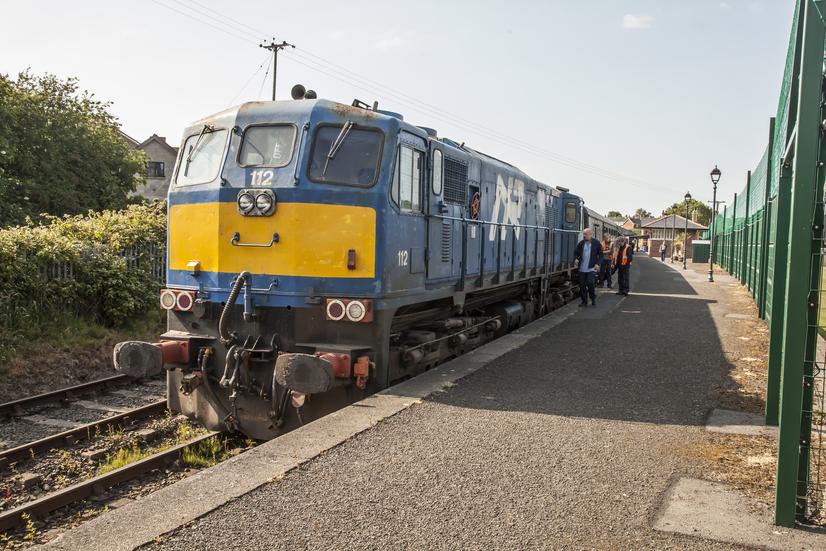 The trip proceeded to Lisburn then back to Whitehead then onwards to Carrickfergus, at each of these turn arounds a Dixiland Jazz band left the train and done a good 30 minute set on the platform. 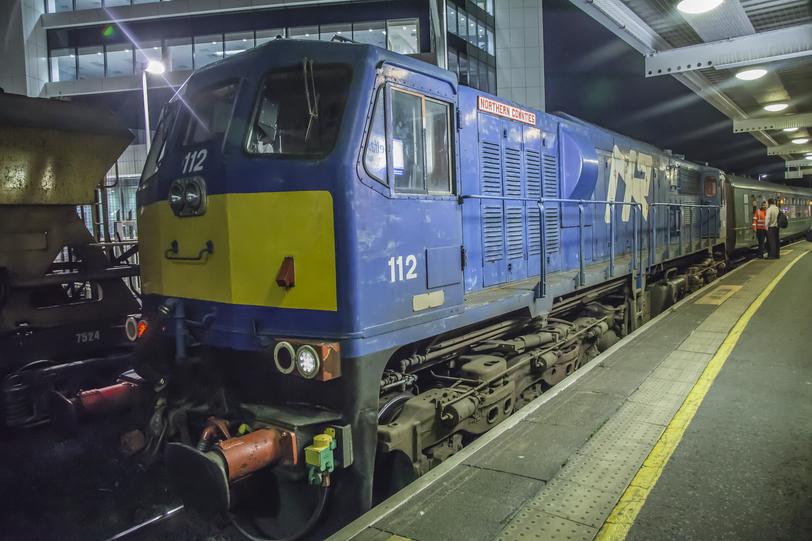 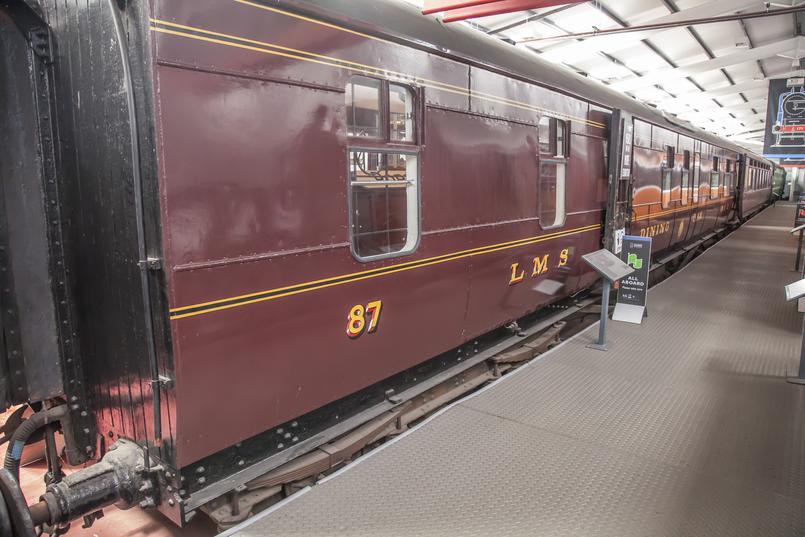 146 is seen in the platform alongside the other Thumper 458

When I originally planned my trop to Northern Ireland it was primarily to see the new Thumpers at Downpatrick but it ended up having a lot of General Motors action too.

When I started planning I saw the Railway Preservation Society of Ireland (RPSI) were running a Steam and Jazz service on that weekend. As the weekend drew closer the weather was getting hotter and hotter and a hosepipe ban was in place then it was announced there was a steam ban on the main line and the train would be diesel hauled instead. For me this was a bonus as the 111class is rarely used on passenger services.

The above shot is showing 112 our loco for the evening at the RPSI base at whitehead before the trip started. 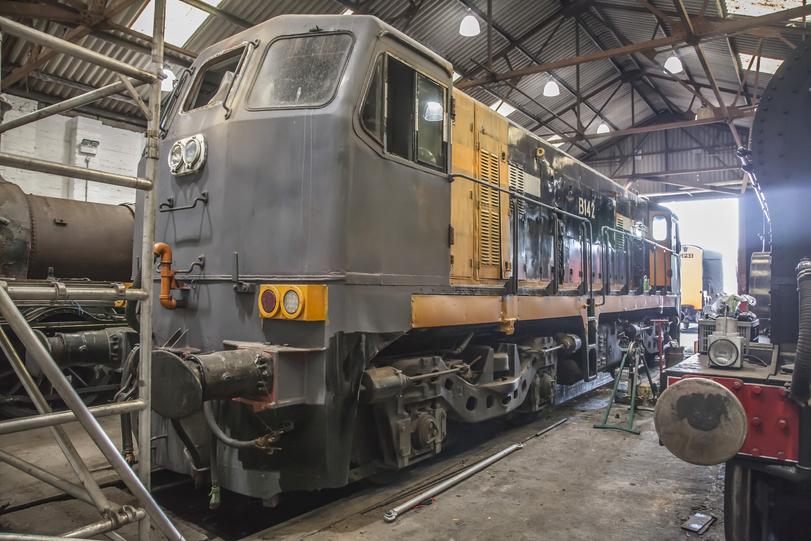 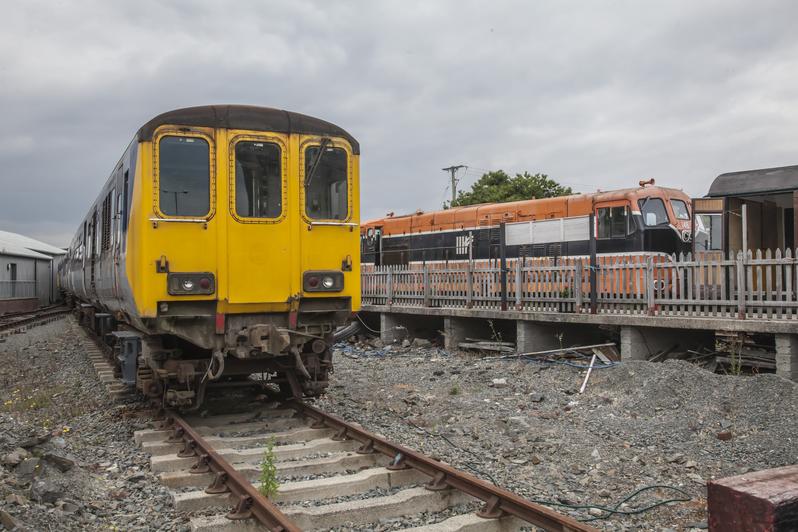 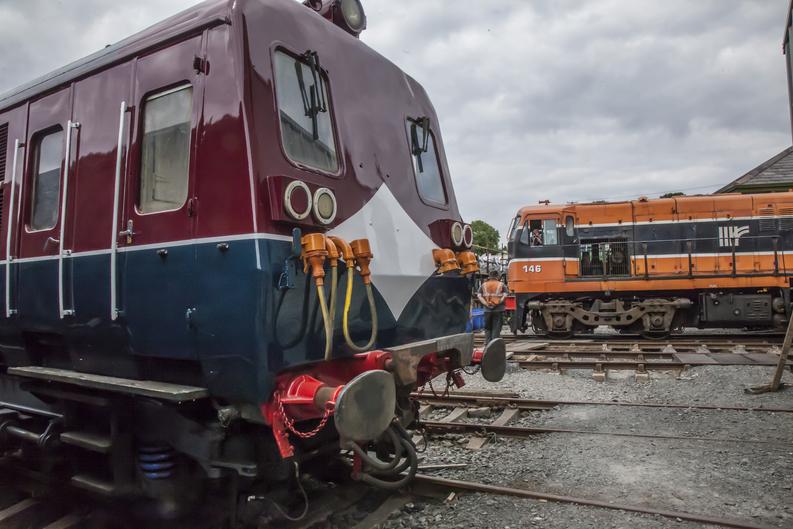 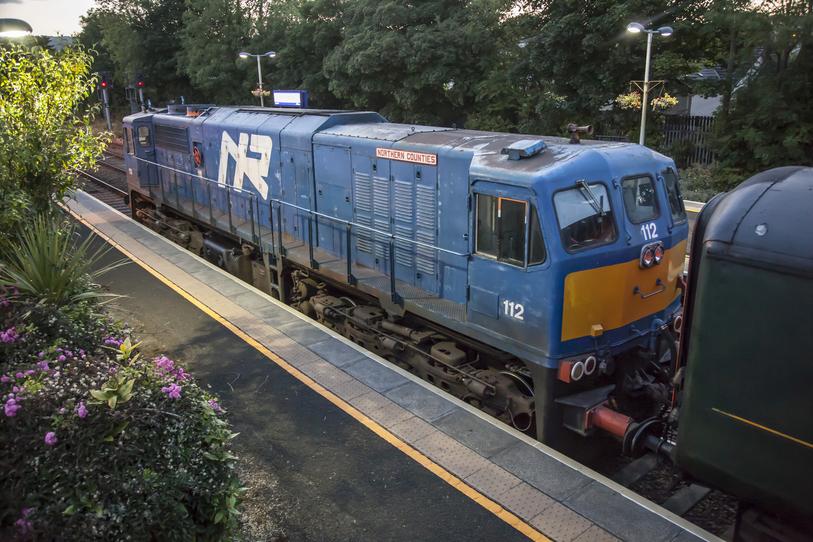 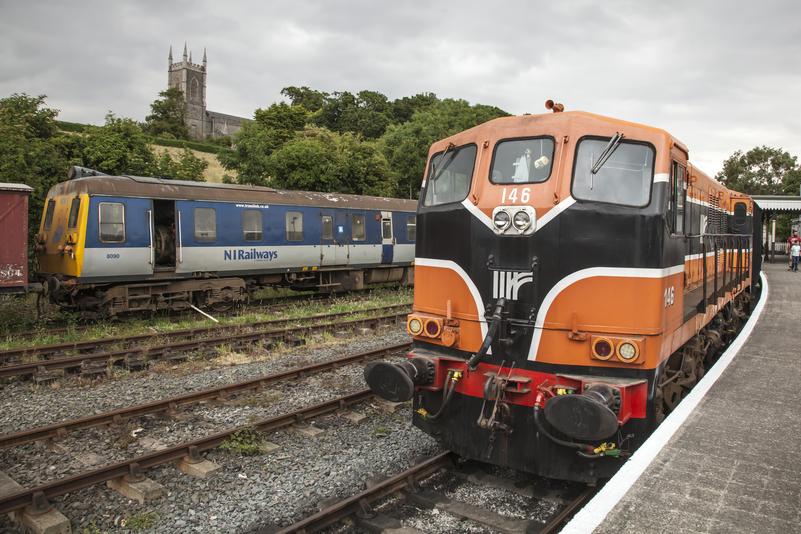 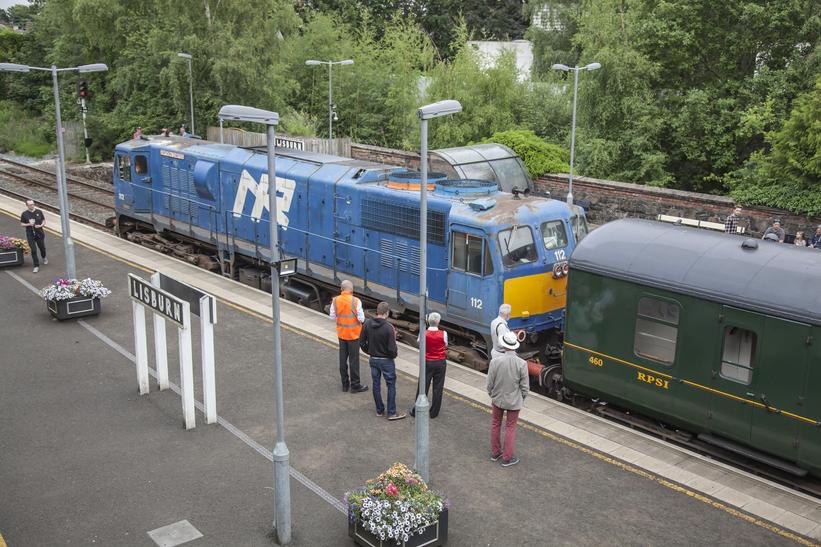 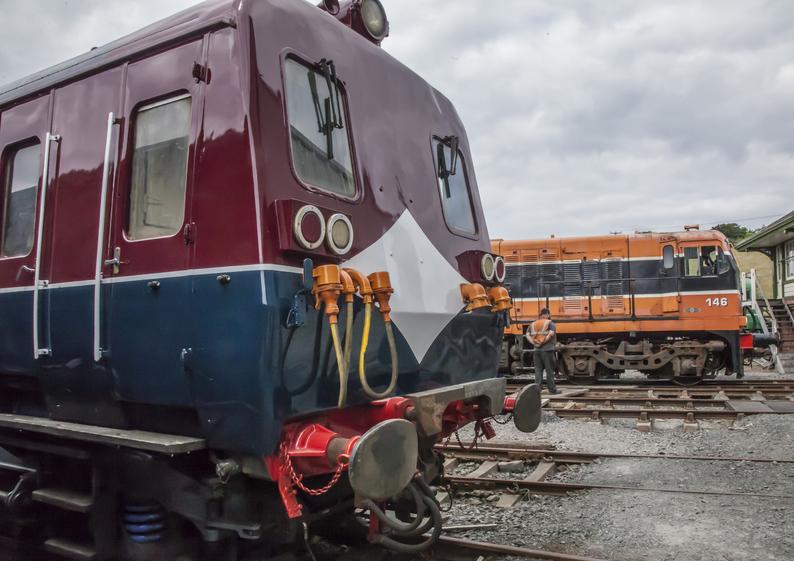 Above-Just after running round as Lisburn

Below-Seen from the signal box at Carrickfergus

Bottom-Belfast Central at the end on my trip

in the museum there is this LMS/NCC Buffet car.